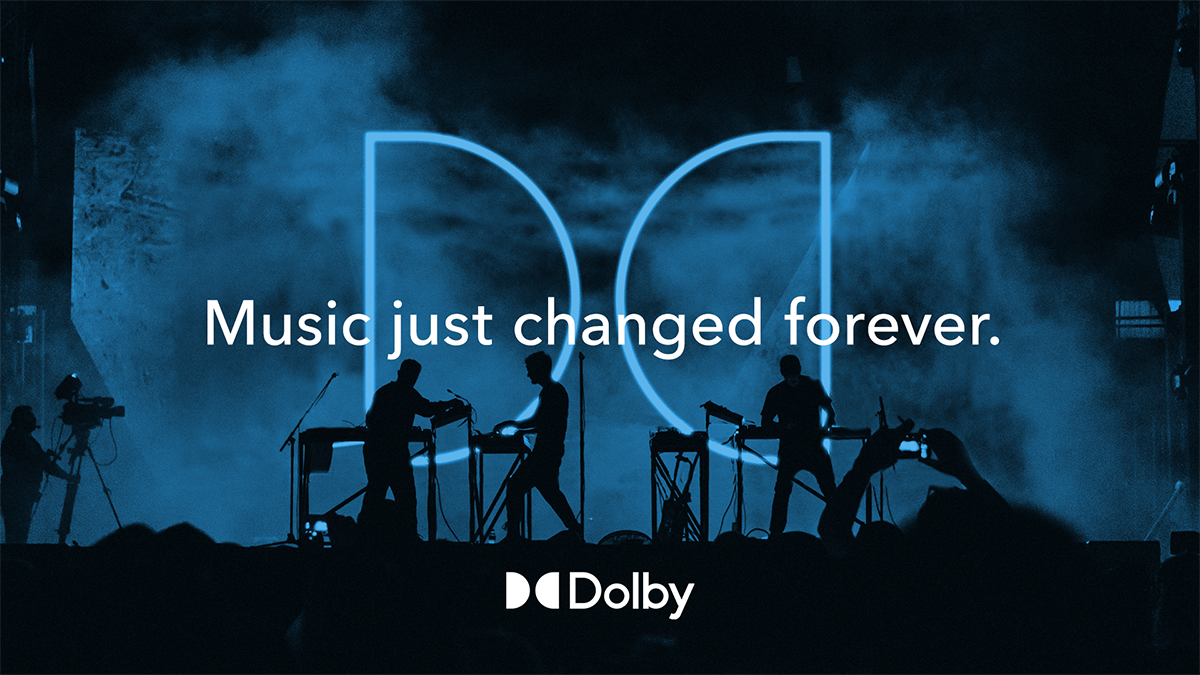 Anyone who has recently watched a movie blockbuster in a modern cinema has certainly experienced and recognized the added emotional impact of a Dolby Atmos soundtrack. To the added dynamic of a larger immersive sound stage, Dolby Atmos adds the impact of height layers to the previous surround multichannel experience. But as home theater enthusiasts have already learned, in order to get a similar experience at home, they need additional speakers to fully be able to reproduce this immersive stage - most importantly, installing ceiling speakers, or at least have speakers with upward-firing drivers.

At the same time, the audio industry has been experimenting how to generate a similar experience just with soundbars - and apart from the Sennheiser AMBEO soundbar, currently available - many other products available in the market show obvious limitations, not being even close to the impact of having multiple speakers and subwoofers in the room.

After all, Dolby Atmos content is generated from at least 128 audio tracks plus associated spatial audio description metadata or object-based audio, which translates the dynamic rendering to the loudspeakers available in the room. And that should be, at minimum, a traditional 7.1 multichannel layout with at least four speakers overhead. Creating a similar experience on a large size soundbar is possible using clever audio processing, but was never achieved from a compact omnidirectional speaker array.

Recently, Dolby also developed Dolby Atmos implementations for headphones and smartphones, where an audio processing algorithm is used to convert the Atmos object metadata into a binaural 360° output, or what can also be described as a "virtual immersive experience." The experience is clearly superior to standard stereo reproduction, at least with movie and games soundtracks. But music mixed for Dolby Atmos is a completely different story.

Some of us still remember the days of multichannel music created for Super Audio CD (SACD) or DVD Audio and the fact that even with very specific works designed to be recorded in multiple channels, the final effect could be laughable, not realistic, and sometimes not pleasant at all. As many TV producers quickly learned, the best use of 5.1 (Dolby Digital) in a live event or traditional music production (studio or stage) consisted in spreading the left, center, right information according to the content's visual cues, and add "ambience" sound or room reverberation on the surround channels. This creates an extra dimension even with traditional music that is considered of value and pleasant to the audience. Many DVD's and Blu-Rays with multichannel recordings of live concerts have consolidated that formula. 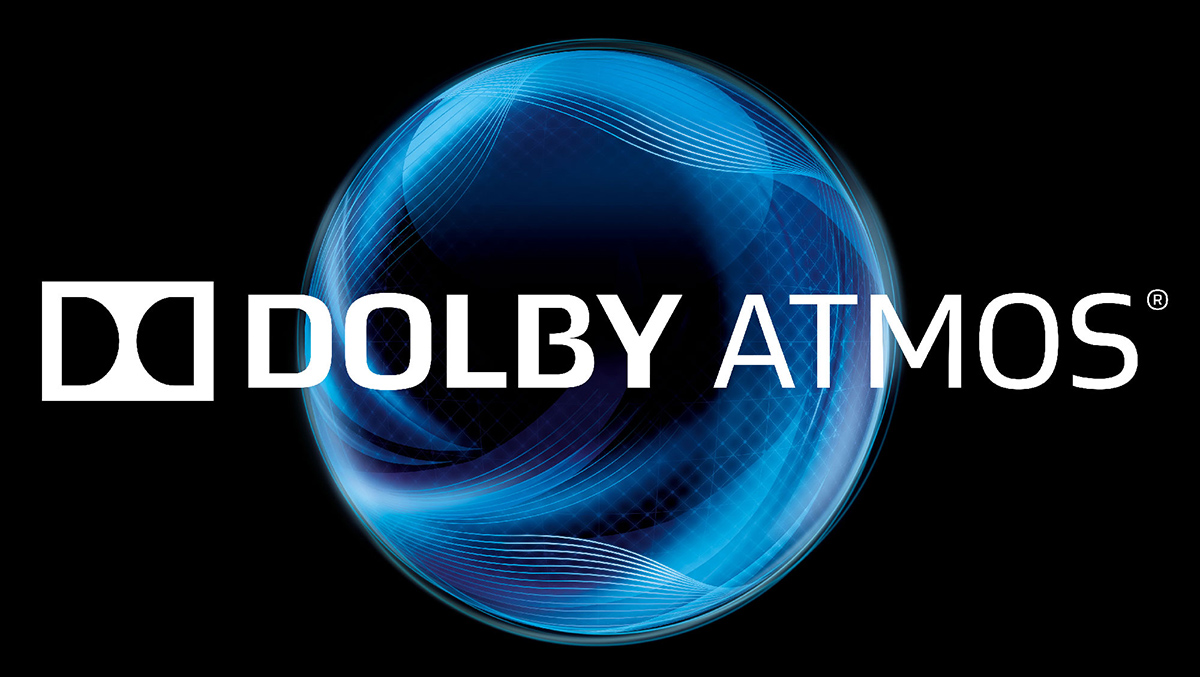 Transferring that experience to the added complexity of Dolby Atmos and object-based immersive formats (including also MPEG-H, DTS:X or Sony's promised 360 Reality Audio to enhance music mixing is a considerable challenge, even if allowing for an additional level of creativity resulting from the overall resulting "immersive" dynamic stage, and not from localized multichannel sound sourcing - like with standard 5.1. As audioXpress experienced in the demonstrations of Miles Davis "Kind of Blue" and "Sketches of Spain," remixed in Dolby Atmos music at Capitol Studios, the results can be compelling. But then again, that demonstration included playing back the Dolby Atmos material in  a fully-featured Atmos installation that included very high-quality speakers physically covering the room, including from the ceiling.

Dolby now announced that Dolby Atmos music content will be available directly from streaming services and that the recently announced Amazon Music HD service will serve as a platform to promote the new format to the mainstream market. More intriguing is the claim that Dolby Atmos Music will generate "a more emotional way to experience the music you love" when played on a simply Echo Studio compact speaker.

Of course, this is a typical marketing campaign to generate awareness to the new Dolby Atmos Music format from Dolby, and for Amazon to enhance the message of high-quality sound of its Echo Studio. Of course, this type of content is bound to excite all the home theater owners already equipped with fully-configured Dolby Atmos setups, or even the owners of a Dolby Atmos-capable soundbars like the Sennheiser AMBEO. Whether the experience on a simple smart speaker (or binaural rendering on headphones) will redefine "how music is experienced" and will generate "a deeper connection," as it is claimed, with music, remains to be seen.

“Dolby Atmos music is a new experience for artists and fans. It opens a new creative palette for musicians to experiment and express themselves with their recordings,” says Todd Pendleton, Senior Vice President and Chief Marketing Officer, Dolby Laboratories. “With Dolby Atmos, now available on Echo Studio and Amazon Music HD, fans will feel like they are inside the music, moving them in new ways, and allowing them to fall in love with music all over again.”

What else remains to be seen is how much music - remixed from existing catalogs and new content - will be available in Dolby Atmos given the added production complexity.

As Dolby promotes, following the debut of her new single and music video “Show Me Love,” performed live with a visual sonic installation at Dolby SoHo, Alicia Keys, 15-time Grammy Award-winning singer, songwriter, and producer says, “Dolby Atmos is a new creative medium and art form that allows me to completely immerse my fans and transport them inside my music. When I first heard it, I was STUNNED! I’ve never heard music sound like that before! This is the ideal way to listen to music. It’s like hearing my music for the first time.”

Sounds familiar? We've seen this being claimed when describing the impact of immersive sound installations in live concerts -- which is an actual improvement of the whole live experience. But we've also seen similar claims from people describing the impact of high resolution audio, when in fact most consumers have no way to actually distinguish between listening to an original recording in the current studio standard of 24-bit/96kHz, and listening to the same track in a compressed file format delivered by Spotify or Apple Music. What we can certainly tell is that the difference between a song in stereo and remixed in Dolby Atmos will be patently obvious to all consumers. Maybe just not acceptable for all those purists who bought the "Beatles: Mono Box Set."

Dolby has been trying to expand its "Dolby Atmos" concept for some time, and we've seen many other marketing campaigns - particularly those associated with smartphones and gaming devices, or even its own Dolby Dimension Headphone - that didn't have much impact. This new promotional association of its Dolby Atmos Music with a new smart speaker from Amazon, is certainly another ambitious attempt that could very well backfire.

"A defining characteristic of Echo Studio is its ability to fill a room with powerful immersive audio through a compact form factor, an experience unheard of from a smart speaker. Dolby worked with Amazon to create this music listening experience, which pushes past the boundaries of the mono and stereo solutions found in most smart speakers today," Dolby states.
“We are excited to announce the all-new Echo Studio. We worked throughout its development with Dolby to bring our customers an unparalleled listening experience from a single, easy-to-use speaker,” says Miriam Daniel, Vice President of Echo and Alexa Devices, Amazon. “Echo Studio is the first smart speaker to deliver a truly immersive audio experience with Dolby Atmos. It allows you to hear objects placed into the three-dimensional space around you — it’s music the way the artist intended you to hear it and we can’t wait for our customers to try it.”

Amazon and Dolby have also announced that apart from "a growing library of tracks in Dolby Atmos, available on Amazon Music HD," Echo Studio users will be also able to "easily turn their living room into a home theater by simply pairing one or two Echo Studio devices together wirelessly with a Fire TV Stick 4K or Fire TV Cube to experience movies and TV shows in Dolby Atmos, an industry first."

Regarding content, Dolby also reveals that the company is "working closely with artists, mixers, producers, and record labels to expand the catalog of music available in Dolby Atmos. This includes Universal Music Group (UMG), the world leader in music-based entertainment, which has announced plans to release thousands of new songs, current hits, and legendary tracks in Dolby Atmos from some of the world’s biggest artists such as Bastille, The Beatles, Billie Eilish, Elton John, Lady Gaga, Luciano Pavarotti, Marvin Gaye, and The Weeknd. This will cover multiple labels across UMG and feature a wide range of genres including hip-hop, pop, rock, country, jazz, and classical music."
www.dolby.com
related items