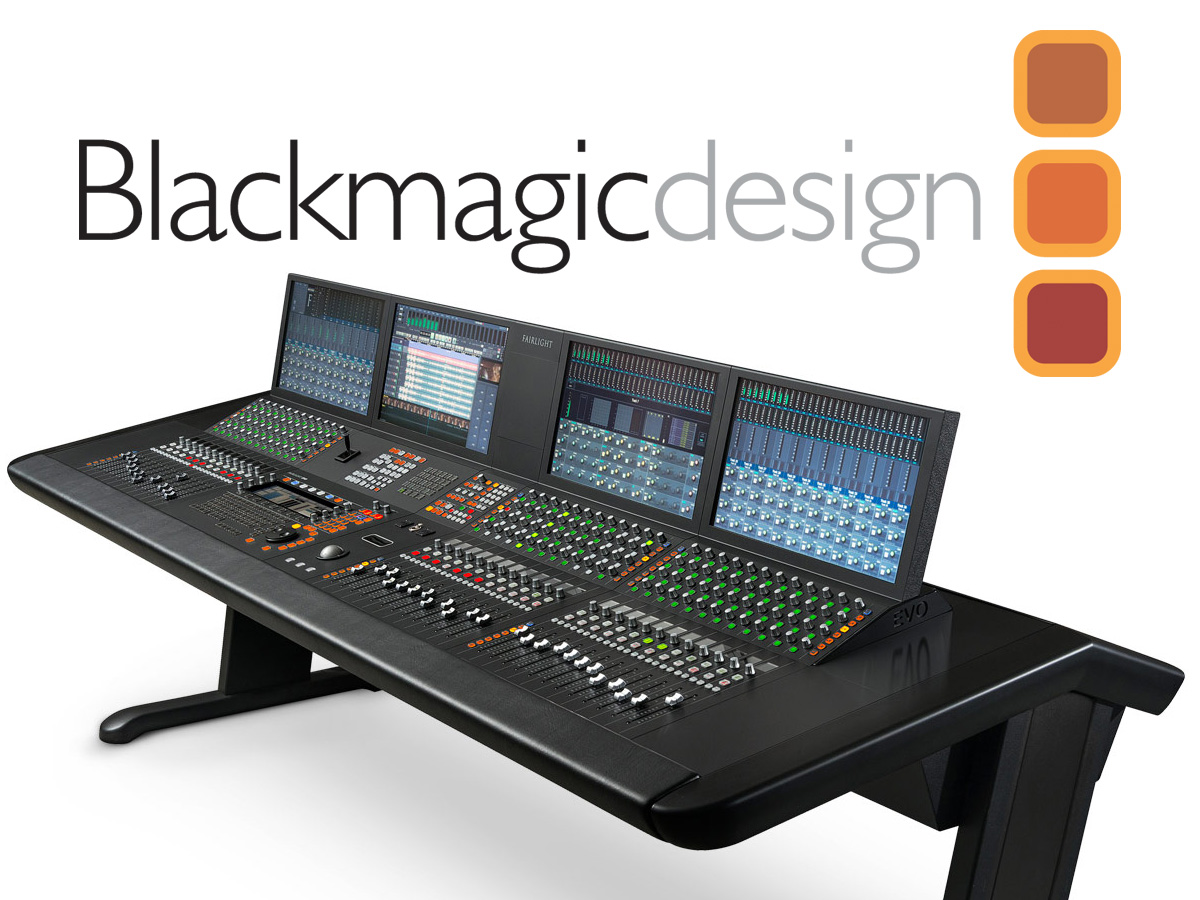 During IBC 2016 (September 9-13), Blackmagic Design had a dominant presence at the Amsterdam show, which is the largest  international Electronic Media and Entertainment Event in the world, after NAB in Las Vegas. The company has expanded even more its market reach and impressive catalogue of production, post-production and signal distribution solutions, which was largely consolidated in the last 10 years through a combination of brilliant engineering and manufacturing capabilities but also several strategic acquisitions of companies, products and technologies.

In recent years, Fairlight created an important range of professional digital audio products for live broadcast event production, film and television post production. Fairlight has an impressive history of designing and manufacturing integrated audio control surfaces and software that are renowned for their speed, flexibility and exceptional sonic quality. Fairlight Live products feature consoles that are designed for the most demanding on-air and live productions, giving customers leading edge audio processing and control surfaces that range from 12 to 60 faders, along with audio I/O interfaces with full redundancy for mission critical work in broadcast facilities, outside broadcast trucks, performing arts venues and houses of worship. 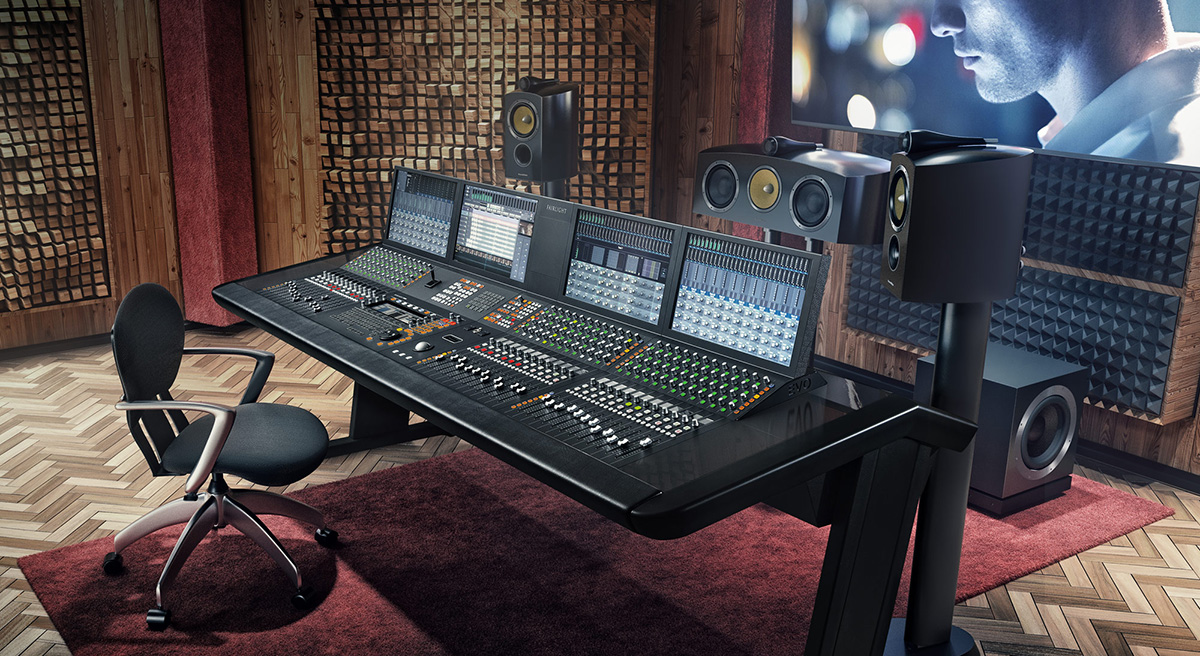 For post production solutions, Fairlight creates everything from compact desktop audio post systems to large format mixing consoles with dedicated controls. Fairlight audio engines can deliver up to 1000 tracks which lets customers create complex productions without premixing, along with a massive 64 channels of monitoring.

Unfortunately, like many manufacturers of low volume products, Fairlight never achieved the level of hardware quality and reliability to match its high prices, while struggling to maintain a global distribution network and corresponding level of technical support demanded by its typical customer profile. As with previous acquisitions - DaVinci, Cintel and Teranex being clear examples - Blackmagic Design will be able to quickly solve those limitations, including redesigning hardware with the lowest costs and the highest level of electronic integration. This can create a wave of renewed enthusiasm from existing and potential new distributors.

“Fairlight creates the world’s most powerful digital audio software and hardware for video production,” said Grant Petty, Blackmagic Design CEO. “The exciting part about this acquisition is that it will add incredibly high end professional audio technology to Blackmagic Design’s amazing video products. We look forward to working with the Fairlight team to build even more exciting new products for our customers!”

Other news from Blackmagic Design
During IBC 2016, Blackmagic Design had an impressive presence in a show dominated by the transition to IP-based infrastructures and the simultaneous need to accommodate the demands of 4K productions and the new High Dynamic Range (HDR) image standards. While many of the traditional industry leaders are still struggling to update their catalogues with the latest technologies, Blackmagic is clearly on the lead with complete support for 12G-SDI interfaces, support for Thunderbolt 3 and even the introduction of simple IP interfaces.

With one of the show’s largest booths and certainly one of Blackmagic largest displays ever, the Australian company also surprised with the announcement of further strategic acquisitions and the introduction of more products which combine the latest technology in application-oriented solutions at the most affordable prices. 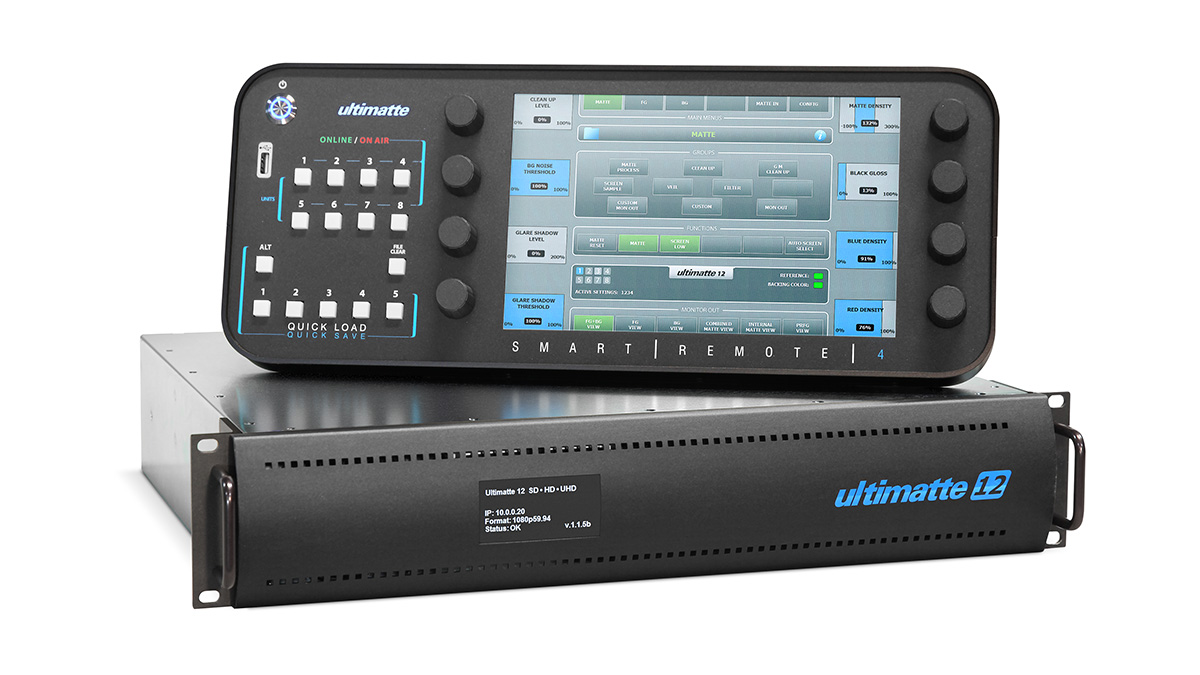 Regarding acquisitions, apart from the Fairlight announcement, Blackmagic Design also confirmed the acquisition of Ultimatte, the world’s number one realtime blue and green screen compositing solution - and the solution which powers almost all virtual set solutions for the broadcast, commercial and feature film industries.

Ultimatte is known worldwide for delivering broadcast quality compositing results that make virtual sets indistinguishable from real sets. The company was founded in 1976 and has won an Emmy for their realtime compositing technology, a Lifetime Achievement Award from the Academy of Motion Picture Arts and Sciences, as well as an Oscar. Almost every newscaster and weather reporter stands in front of a green or blue screen while delivering the news and weather. For the past 40 years, Ultimatte has been the industry standard hardware or software responsible for keying these people in front of weather maps, stock charts, and other info graphics. In fact, many of these newscasters are using Ultimatte to place them into completely virtual sets. With this acquisition, even some of Blackmagic’s largest competitors will now be forced to buy equipment from the company.

Among the many new product announcements, we have to highlight the launch of the new Teranex AV processor, a new broadcast quality standards converter designed specifically for AV professionals. Teranex AV features 12G-SDI and HDMI 2.0a inputs, outputs and loop through, along with AV specific features such as low latency, a still store, freeze frame, and high quality audio inputs for professionals working on live, staged presentations and conferences.

The new Teranex AV features low latency that’s as low as 67 milliseconds, which means converting any HDMI or SDI video format instantaneously to a different format and output it for projection in sync with a live event. For example, using Teranex AV at a concert enables users to project a close up of a virtuoso pianist as their fingers fly across the keys on a big screen projector in synchronization with the live performance.

In addition, the unit adds advanced HDMI 2.0a processing with input, loop through and output connections, allowing to convert HDMI to SDI without any additional hardware. Users can loop the HDMI signal out to a big screen projector while simultaneously converting it and and sending it to downstream equipment like decks and monitors.

For audio, Teranex AV also features 2 channel consumer connections, as well as XLR connections for 4 channels of AES/EBU or 2 channels of balanced analog audio. Teranex AV also features a still store that can capture a video frame in any format and hold it in memory, even when the power is cycled, ideal for corporate events. In addition to HDMI and 12G-SDI connections, Teranex AV also includes quad link 3G-SDI outputs, making it compatible with a wide range of Ultra HD monitors and projectors that only support quad link SDI 1080 HD inputs. This also makes Teranex AV a great video wall processor because it can split Ultra HD into 4 HD screens, or it can scale regular HD up, split it and output it onto 4 large screens for a tiled video wall.

The built in Ethernet connection allows for remote control, and an optical fiber cage is available for adding optional SMPTE fiber optic modules, to send video and audio over massive distances. Teranex AV features 1089 up, down, cross and standards conversions for all formats up to 2160p60 in full 10-bit quality. Like all Teranex processors, Teranex AV features patented algorithms and powerful processing that give customers visually transparent conversions that are indistinguishable from the original. Conversions use optical quality scaling, have advanced de-interlacing, noise reduction, automatic 3:2 cadence detection, removal and insertion, and retain timecode, ancillary data, audio and more. Teranex AV will be available in September for $1,695.
www.blackmagicdesign.com
related items