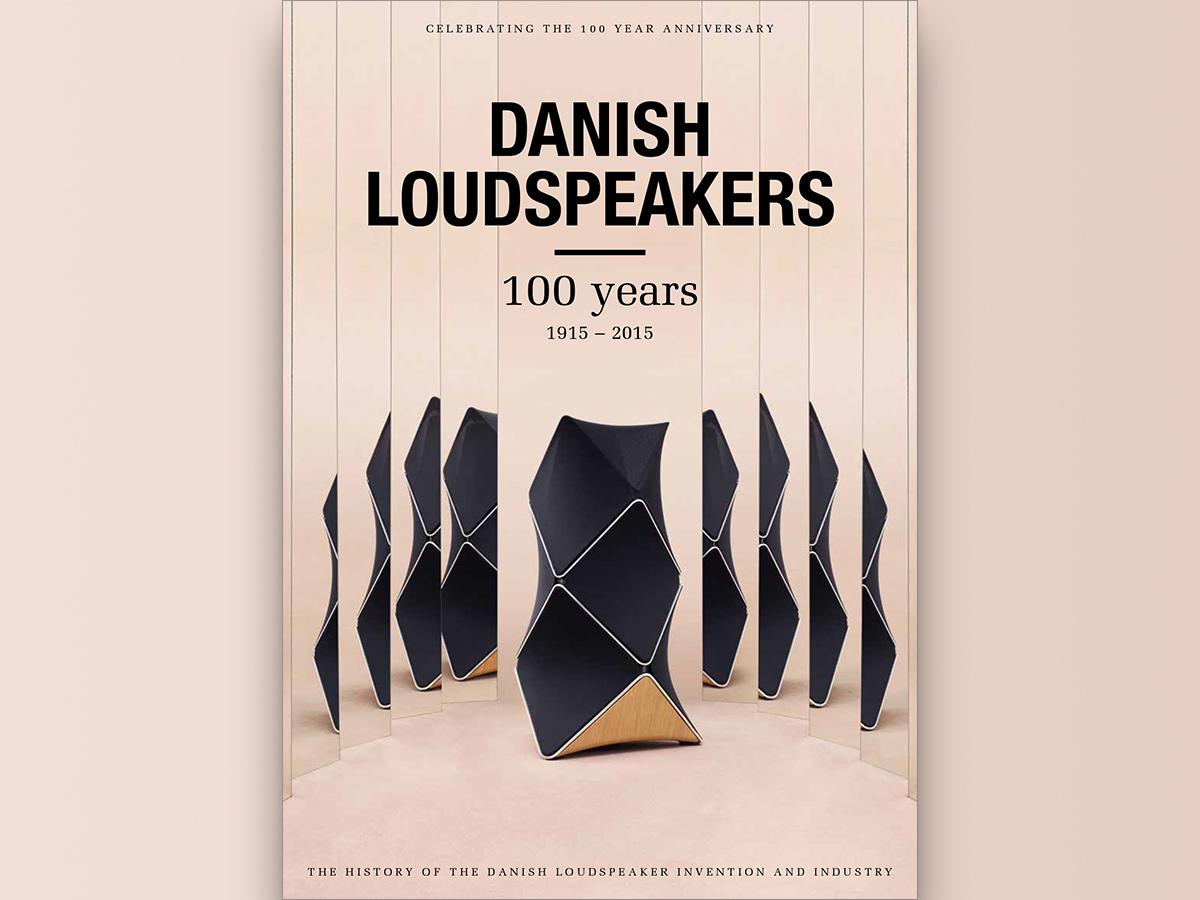 I thought I should highlight this remarkable and valuable publication. It is freely available to download in digital and for purchase as a “coffee table book” and we would like to recommend it to all our readers. With kind permission of DELTA and the Danish Sound Network, producers of the book, we will highlight some of its content, written by Jan Larsen, Director of the Danish Sound Network (who sadly passed away in 2018) and Claus Futtrup.

Thursday, December 10 2015 was the exact day of the 100th year anniversary of the electrodynamic loudspeaker. 100 years earlier, on December 10, 1915, the Dane Peter Laurits Jensen and his partner Edwin Pridham presented their groundbreaking invention to the public in Golden Gate Park, San Francisco. The next day The San Francisco Bulletin published an enthusiastic article about the event: “Great invention made of Californians solves many problems. The slender tone of a single violin heard about a mile away. The sound operatic Luisa Tetrazzini's voice reverberating throughout the stadium, and a piano solo resembling the chimes of Westminster Abbey played by Colossus of Rhodes”. The loudspeaker was born.

In the book’s foreword, Jan Larsen wrote:
"Home of the loudspeaker, Denmark is notorious for being a loudspeaker country. In the sixties and seventies, Danish companies manufactured more loudspeakers per capita than any other country in the world. The technologies invented in Denmark are numerous and many of these have since become industry standard.

"The invention of the loudspeaker by Peter Laurits Jensen and Edwin S. Pridham in 1915 was groundbreaking. This enabled humans to communicate and experience sound from a distance, and further sparked the development of the 20th century's most important technology products such as radios, telephones, and public address systems. 100 years later, the loudspeaker is still a ubiquitous element of sound reproduction systems and used in almost all sound-technology products.

"Denmark was an early adapter of this new technology with the start-up of many companies as well as the introduction of university programs to support the technological development and constant flow of talented people. The present book covers important inventions, contributions, and amusing anecdotes from the 100 years of loudspeaker history, and not least, the flourishing of the Danish loudspeaker industry."

In the chapter “The History of the Loudspeaker from 1915”, Claus Futtrup adds, “In mid-1920s, many companies emerged in Denmark focusing on manufacturing radios. One of these, Bang & Olufsen (B&O), still exists today, founded in 1925 by Peter Bang and Svend Olufsen. In other words, applications for loudspeakers were rapidly developing. In the beginning, all speaker units in Denmark were either manufactured in-house (kitchen table style) or imported.”

“The practical (modern style) dynamic speaker began with the Rice and Kellogg AIEE paper (1925) and the Radiola loudspeaker based on that paper (1926). This was a game changer, because what Kellogg and Rice discovered was a useful frequency range above the first mechanical resonance frequency of the speaker, where the frequency response flattens. Therefore the speaker was suitable for applications without horn-loading – a concept called direct-radiator loudspeaker. The origins of the loudspeaker company Peerless date back to 1926 when Einar Skjold Petersen (a carpenter who was interested in radio) and his cousin, T.M. Larsen, formed the sales company Skjold Petersen & Co. Among others, the company represented an American loudspeaker brand named Peerless. The world crisis, following the Great Depression in 1929, put an end to these imports and the Danish company turned to repairing loudspeakers. It soon began to produce its own speakers and, as Peerless in the USA had closed down, Skjold Petersen & Co. took over the Peerless brand name. The company started on Amager (a Danish island near Copenhagen).”

In this valuable chapter, Futtrup revisits the birth of the loudspeaker and its technological evolution, from Denmark, Norway, and around the world, providing a chronological description of the birth and evolution of many loudspeaker companies and brands, such as Ortofon, SEAS, Vifa, Scan-Speak, Dynaudio, AudioTechnology, Dantax, DALI, Peerless, JAMO, TC electronic, etc. Providing important insight into the role of many of the personalities behind those companies over the years, the chapter is also invaluable to understand the importance of product design and the many Danish loudspeaker engineers involved, including their close collaborations with many historical US companies at crucial moments in their history.
One such story details one of the most successful hi-fi loudspeakers of all time, the Dynaco A-25. As Futtrup recalls, Audio Dyne, a company that imported Dynaco products from America and sold them in Europe, became Scandyna, in 1967. Partially funded by American audio engineer, David Hafler, (the founder of Dynaco), together with SEAS engineers, Scandyna developed speakers, including the H87 textile dome tweeter, as well as rubber surround woofers for the Dynaco A-25.

This fascinating 118-page book also includes several chapters with contributions from the following companies, all of which provide historical details and valuable chronologies of loudspeaker innovations and designs:

The book can be viewed online and/or downloaded in PDF format here. The Danish Sound Network previously sold hard copies of the book.

This article was originally published in The Audio Voice and was also included in the Loudspeaker Industry Sourcebook 2016 edition. This post was updated to signal the passing of Jan Larsen (1965-2018), the Director of the Danish Sound Network.
Attachment
loudspeaker-100-year-aniversary.pdf
Download attachment
related items