Zylia is a company with a passionate and dedicated team of almost 20 experts in audio research, software, business, and product development, able to craft and deliver products with the potential to redefine and revolutionize the way sound is recorded. Originally the result of the team's personal experience in recording, writing, and producing music, the ZM-1 microphone array was developed as a practical USB solution that would offer musicians an agile recording tool for any type environment. But as the Zylia team soon discovered, the ZM-1 spherical array immediately caught the imagination of many other creative professional working with spatial audio recording, and even for scientific uses, such as environmental and acoustical noise measurements.

At the 2018 Audio Engineering Society convention in New York, Zylia unveiled the first products that make it possible for the ZM-1 microphone array to accommodate some of those applications. The company’s new Zylia Ambisonics Converter plug-in and new releases of Zylia Studio (1.7.2) and Zylia Studio PRO (1.3.1) software give musicians and other audio professionals even greater control and flexibility in capturing and working with 360 sound.

Zylia also showcased the latest updated Zylia ZM-1 configuration, an incredibly light, compact, and beautifully designed solution capable of capture and delivering 24-bit audio at 48kHz of the full spatial sound scene, simply connecting the ZM-1 to a laptop via USB. The ZM-1 boasts 19 omnidirectional microphone capsules, which are distributed around a sphere measuring 4 inches in circumference and weighing just 16.6 ounces. An LED ring encircling the sphere produces a gentle glow that indicates recording status. When using the ZM-1 in combination with Zylia Studio software, musicians can record their performances in both 3D/360-degree audio and traditional stereo.

“Our Zylia Ambisonics Converter and enhanced Zylia Studio and Zylia Studio PRO software make it easier than ever to capture and output 3D/360-degree audio,” says Piotr Szczechowiak, Zylia co-founder and chief operating officer. “Leveraging the unique design of our innovative Zylia ZM-1 microphone system along with these new software offerings, we deliver unparalleled 360 audio recording and processing functionality at an unprecedented price point.”

The new ZYLIA Ambisonics Converter plug-in converts multichannel recordings made with the ZM-1 into Higher Order Ambisonics (HOA) full-sphere surround sound recordings. This software tool makes it easy for users to prepare 3D audio recordings for playback on the Facebook 360 and YouTube 360 platforms. To bring added height and depth to surround sound, the Zylia Ambisonics Converter offers a B-format signal set that includes first, second, and third-order Ambisonics. Users can choose between the FuMa and ACN component ordering formats, as required by the target platform, and between ambiX and TBE output formats. The converter also allows for quick correction of microphone orientation in postproduction. 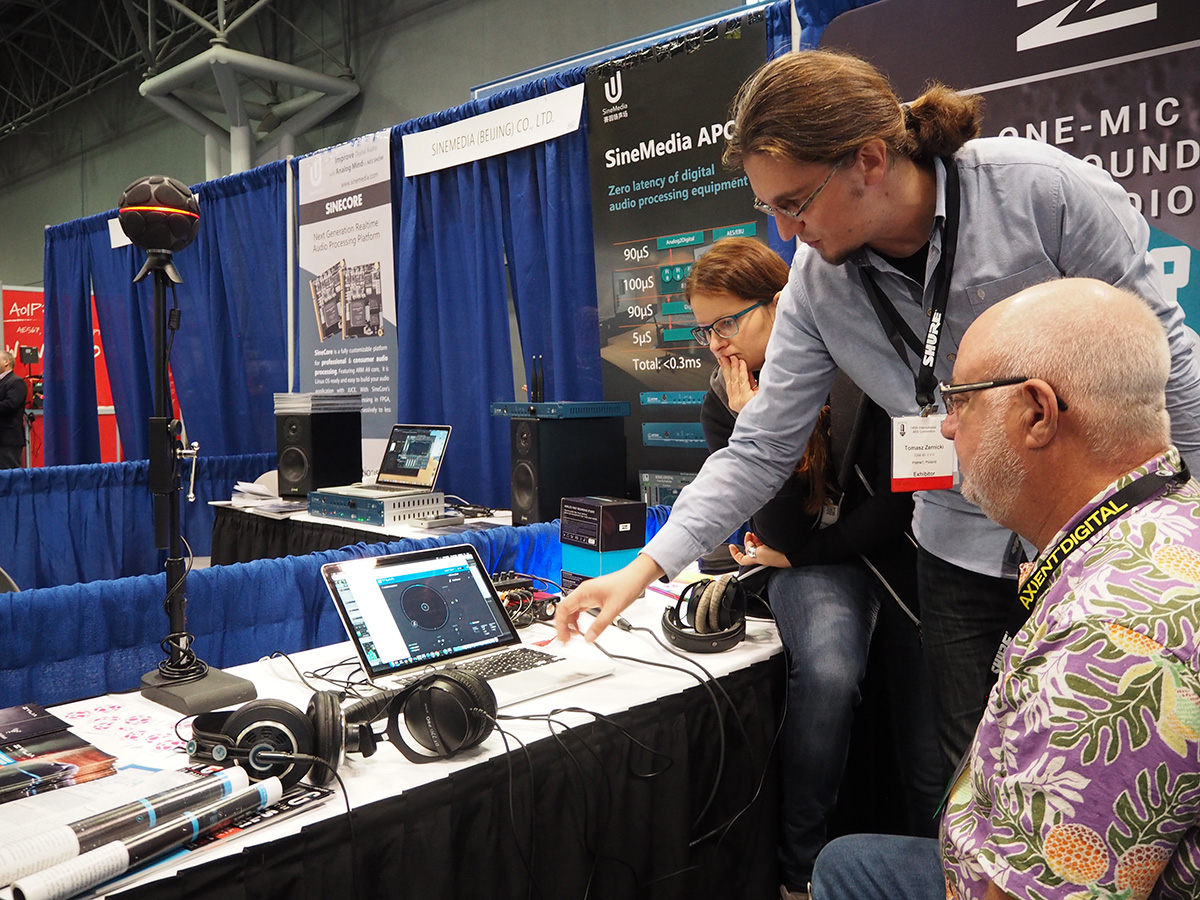 More information about Zylia and its technologies is available at www.zylia.co
related items