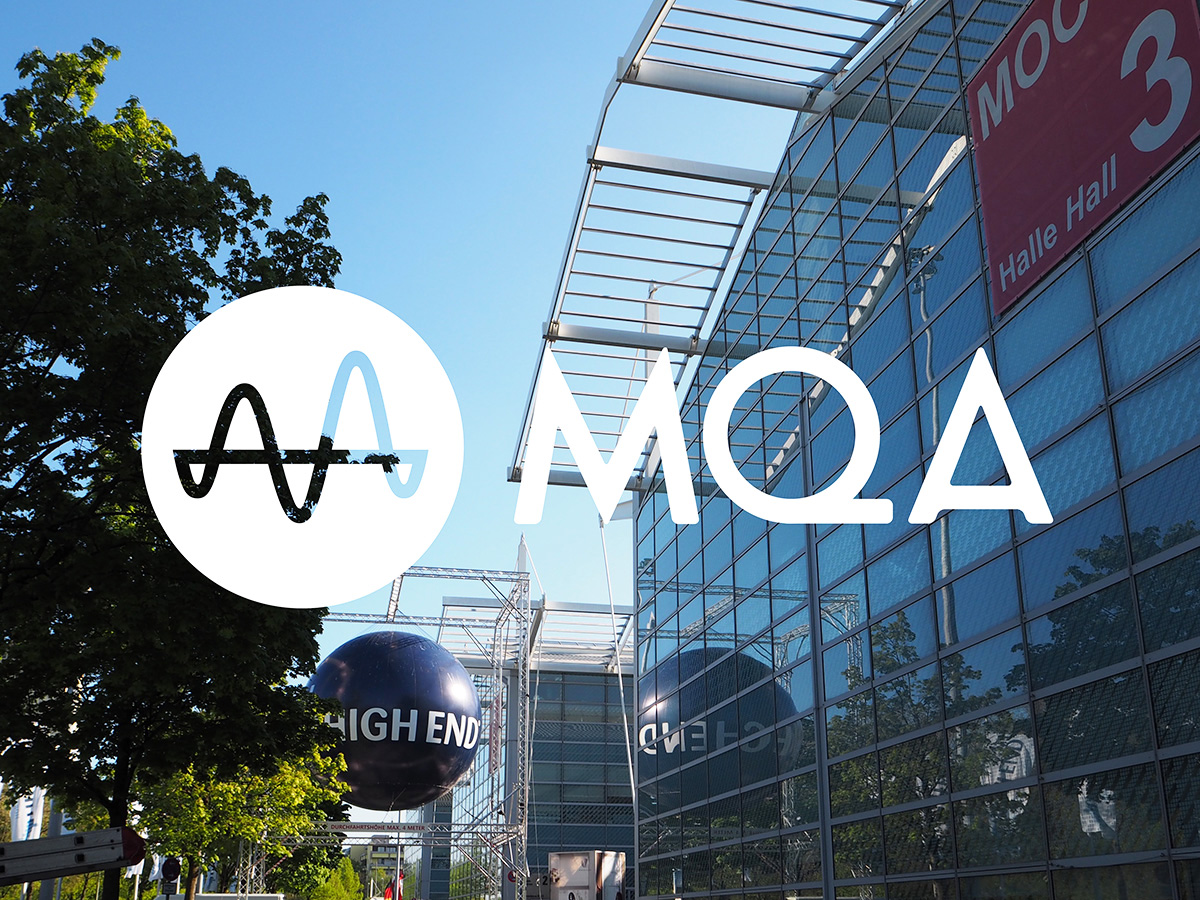 But even with the increasing number of devices that are able to play and decode MQA files, and the number of specialized content already available on download services, the technology needs to be adopted also in streaming services to effectively deliver on its promise to bring a single source of high-quality music -including high resolution audio material - to everyone. Music streaming service Tidal demonstrated a year ago that streaming MQA is viable at bit-rates comparable to its current Tidal HiFi service, but no further announcements have been made. The reason for the hold-up is obviously related with the fact that a service like Tidal would need to offer a significant music catalogue to justify making the investment needed for the implementation.

Coinciding with the first day of the Munich High End show, Warner Music Group (WMG) announced a decisive first step towards the mainstream availability of an expanded MQA-encoded music catalogue, with the confirmation of a long-term licensing deal with MQA. The agreement – the first between MQA and any major music company – will significantly increase access to hi-resolution music globally. The agreement paves the way for recordings from WMG’s diverse roster of acclaimed artists and its world-renowned catalogue to be made available in studio master quality through MQA distributors.

By delivering the sound of the studio masters from Warner’s iconic labels, MQA will enable listeners to access artists’ original performances in a file small enough to stream or download. MQA also announced that, over the coming months, it will expand availability to more streaming platforms and into download stores worldwide, complementing the currently available content provided by High Res Audio, Onkyo Music, e-Onkyo, 7digital, 2L and Technics Tracks.

Commenting on the Warner Music Group licensing deal, Bob Stuart, creator of MQA, says that the collaboration is “a giant step forward for MQA and music fans everywhere. We have been working tirelessly to ensure labels, studios, artists, services and playback partners understand the potential of our technology and the responses have been overwhelming. MQA is about bringing the most authentic sound to music lovers all over the world and WMG is our first major partner to help drive this mission forward.” Craig Kallman, Chairman & CEO of WMG’s Atlantic Records division, added: “The digital music era has been all about convenience. It is fantastic that we can listen to virtually any song, anywhere, any time. In that process, however, convenience has trumped sound quality, and we have gotten further away from the sound that artists work so hard to create. MQA makes hi-resolution music easy to stream or download to any device. Music fans will love it when they hear it, and WMG is thrilled to be partnering with MQA to take the next step in bringing hi-resolution music to consumers across the globe.”

Warner Music Group (abbreviated as WMG and also known as Warner Music) is an American global record company headquartered in New York City. It is one of the “big three” recording companies, together with Universal Music Group (UMG) and Sony Music Entertainment (SME). In Warner Music’s catalogue are some of the largest and most successful recording labels in the world, including the work of artists such as Ray Charles, Frank Sinatra, Otis Redding, Aretha Franklin, Led Zeppelin, Crosby Stills & Nash, Yes, The Doors, Tim Buckley, Fleetwood Mac, Madonna, Prince, Bob Marley, U2, and Bruno Mars, among thousands of other extremely popular names. 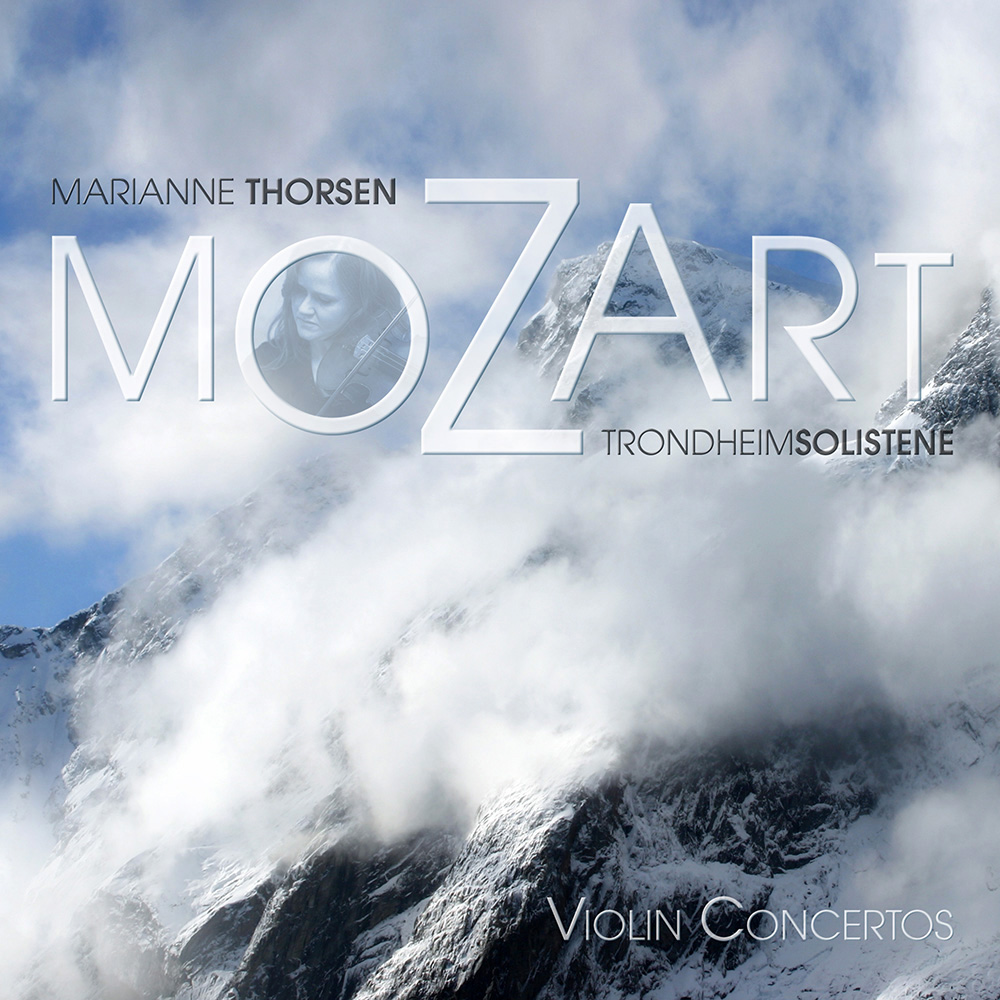 Nordic label 2L also added to its MQA catalogue, with new arrivals including an extraordinary sounding Mozart MQA remaster. The new ‘MQA remix 2016’ of the Marianne Thorsen and Trondheim Soloists Violin Concertos 2006 release, ‘white gloved’ by 2L founder Morten Lindberg and MQA creator Bob Stuart, saw the original analogue-to-digital-converters brought out of storage and analyzed, going back to each individual microphone feed from the archive. The previous release, the world’s first commercial recording in DXD resolution, was declared a “Record To Die For” by Stereophile Magazine, and won the Spellemann-prize as Best Classical Album – now listeners can experience what has become an audiophile reference point in MQA quality.

MQA also warmly welcomed Eudora Records, whose award-winning recordings are available at High Resolution Audio. The Spanish label is currently updating its entire catalogue, with MQA versions set to become available through spring and summer 2016. Commenting on the announcement, Eudora Co-Founder, Gonzalo Noqué, said: “On every Eudora Records project that I work on, I’m driven by a search for excellence, so I admire those individuals and companies who share a similar motivation and pioneering ideas, like Bob Stuart and MQA. The fact that MQA’s encoding is tailored to each recording’s particular AD converter speaks volumes about MQA’s search for excellence. We are currently finalizing the details of our distribution deals with partners and content providers, with the aim of making all of our recordings available in MQA over the coming weeks.” 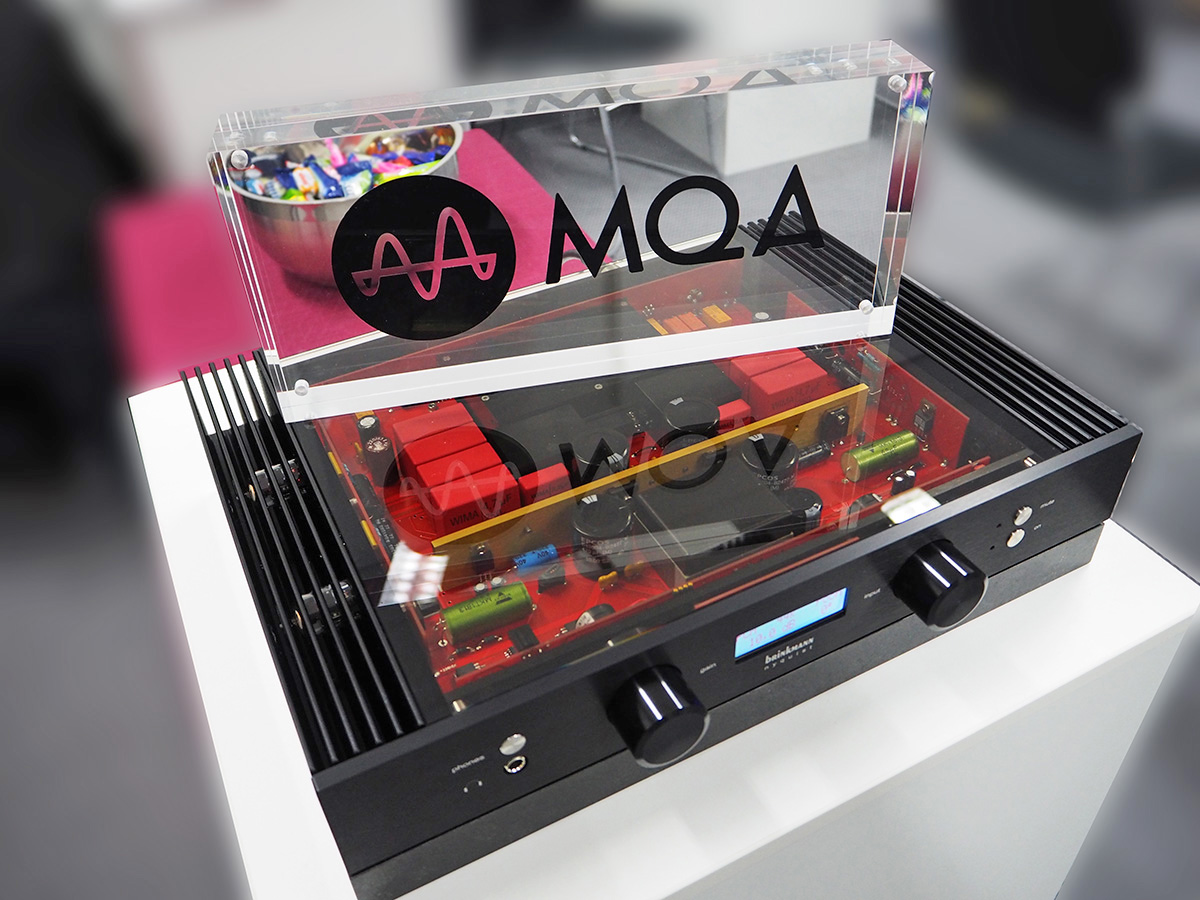 Brinkmann’s new Nyquist DAC - introduced thirty years after the brand’s first Digital-to-Analog Converter - is an entirely new design, optimized to accommodate the latest digital formats including MQA streaming and playback, PCM up to 384 kHz/32 bits (including DXD), as well as DSD 64 and 128. Given that future formats will inevitably appear, the unit’s Digital Module is user-replaceable and field-upgradable. The new DAC uses also proprietary high voltage power supply technology and, like Brinkmann’s renowned Marconi Line Preamplifier and Edison Phono Stage, employs hybrid circuit topology, with tubes used in the output stage due to their instantaneous response to voltage changes. And it doesn’t compromise on the connectivity either. The Nyquist features USB, SPDIF, Optical and Ethernet inputs, together with balanced, single-ended and headphone analog outputs as standard. The Ethernet connectivity also allows RoonReady network playback and music management and supports several streaming services, all using optimized, pre-selected filters, carefully tailored for every digital format. 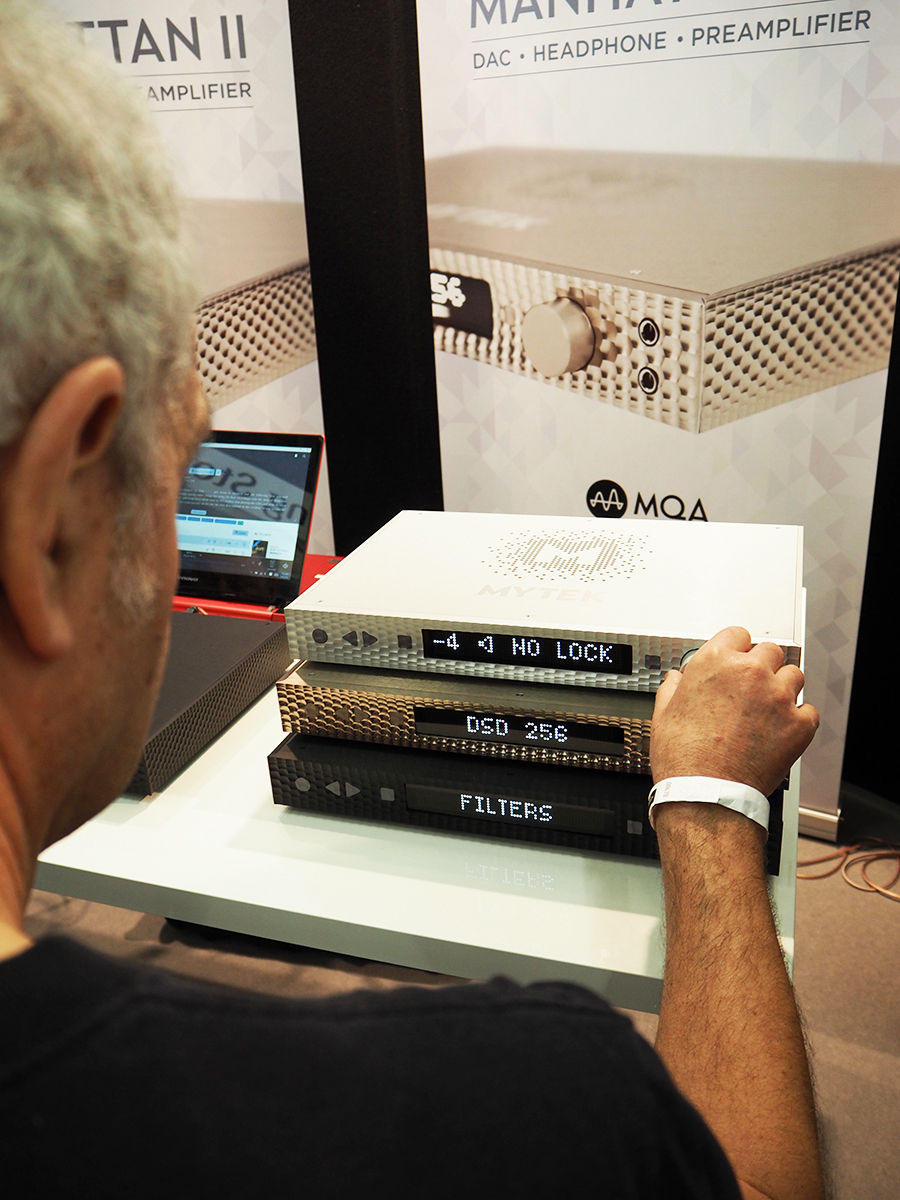 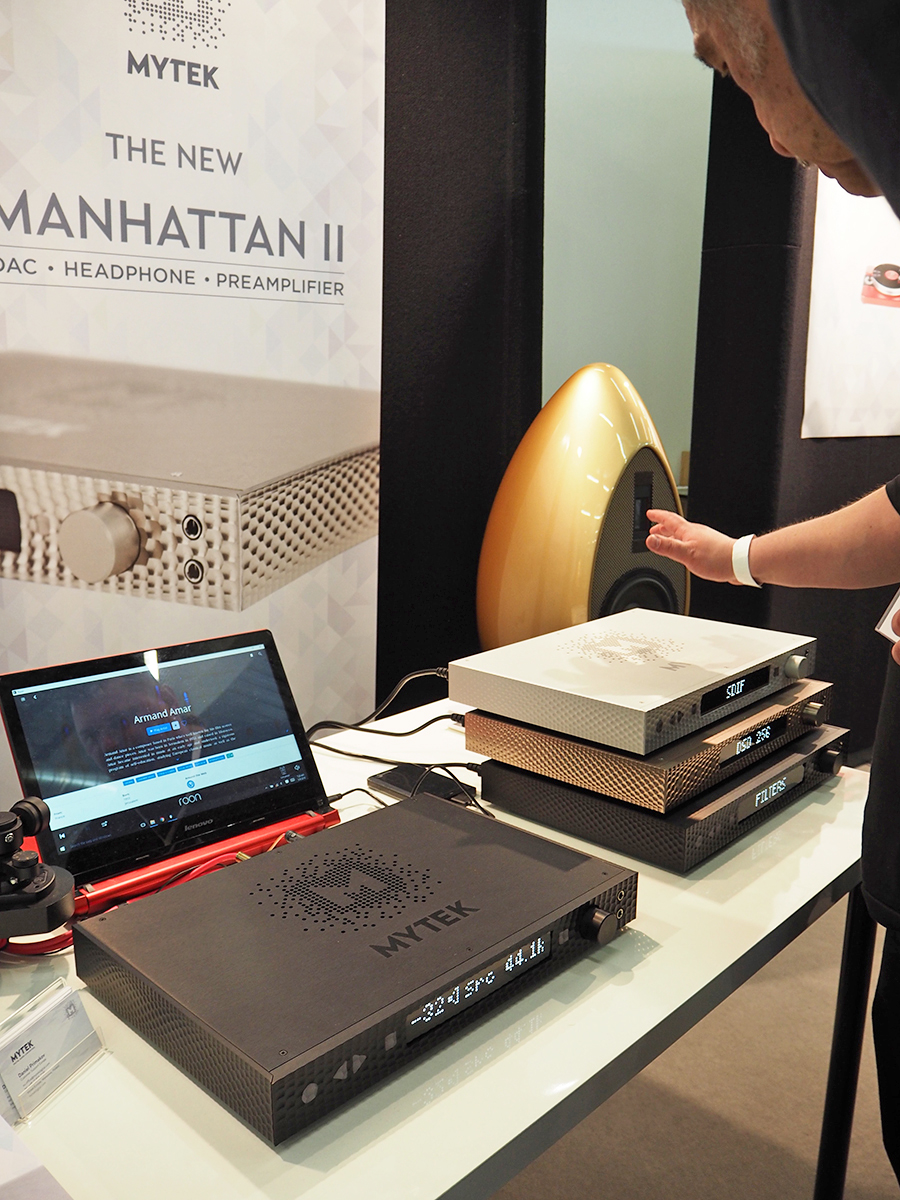 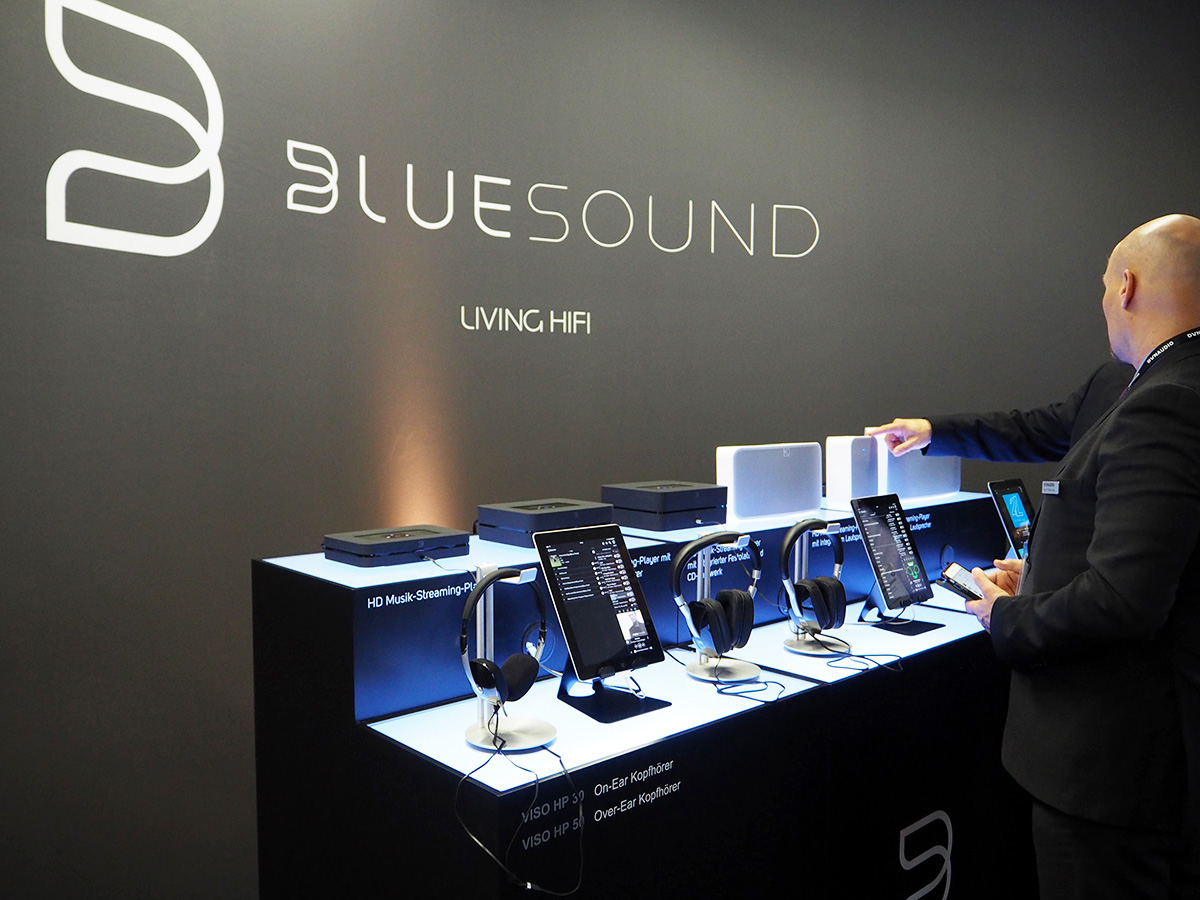 As a ‘world first’ for wireless multi-room systems, Bluesound announced that, with effect from 1st June 2016, MQA will be available on all of its Players via a free firmware update. The Canadian maker’s BluOS firmware version 2.2 enables MQA on all its BluOS-enabled wireless music systems.

Commenting on the the Munich announcement, Greg Stidsen, Bluesound Director of Technology and Product Planning, says: “MQA is a natural match for Bluesound’s hi-res music and wireless streaming platform, and we’re very excited to be the first wireless multi-room system to play back music exactly how it was recorded in the studio.” Bluesound promoted live MQA demonstrations at High End 2016.

Show visitors to the 2016 Munich were also able to experience MQA being played on products from Meridian Audio, or the Pioneer XDP-100R and Onkyo’s DP-X1 portable digital audio players, both of which have recently received MQA firmware updates. Not quite as portable, but just as impressive, is Meridian Audio’s flagship 818v3, which revealed its full capabilities with MQA music.
www.mqa.co.uk 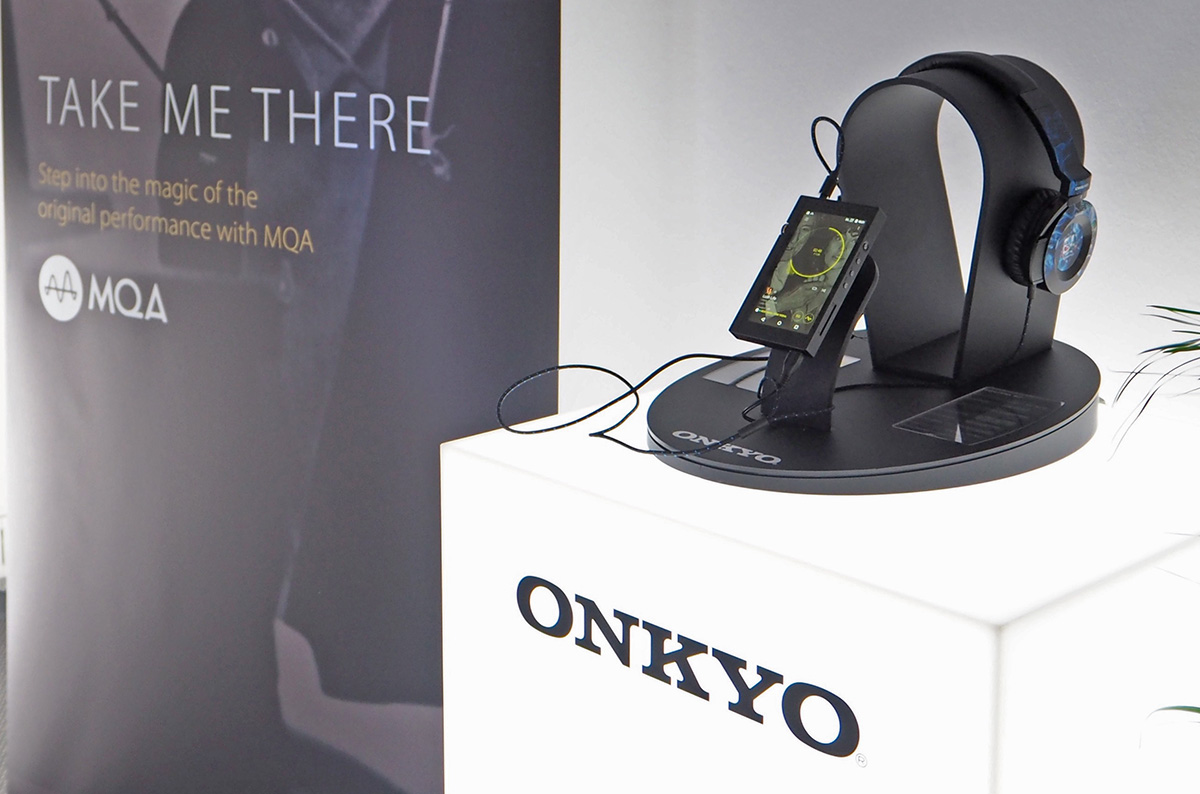 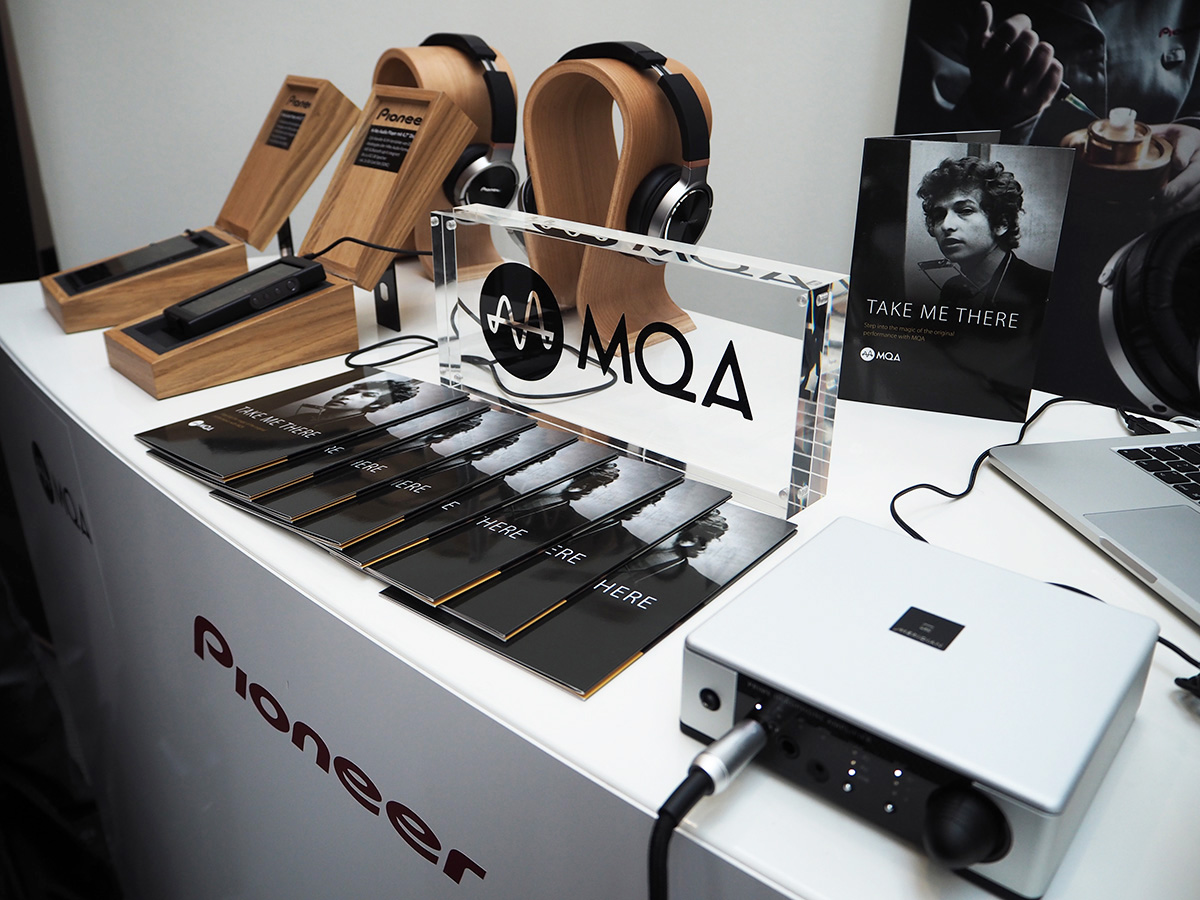