Yamaha announced the first of a new generation of large format digital mixing consoles at the InterBEE (International Broadcast Equipment Exhibition) Show in Japan. The new RIVAGE PM10 features a new TWINLANe ring network backbone, able to handle up to 400 audio channels at 96kHz, features the RY16-ML-SILK mic preamplifier with digital modeling of Rupert Neve Designs’ circuits and new effects by TC Electronic and Eventide.
During the exclusive presentation made prior to the opening of the InterBEE 2014 Show in Tokyo, Japan, Yamaha stated that, “In the 40 years since Yamaha produced its first professional audio mixer, every new generation of the company’s mixing consoles has become an industry standard. November 2014 sees the birth of a new era in live sound mixing, as Yamaha launches the RIVAGE PM10.” 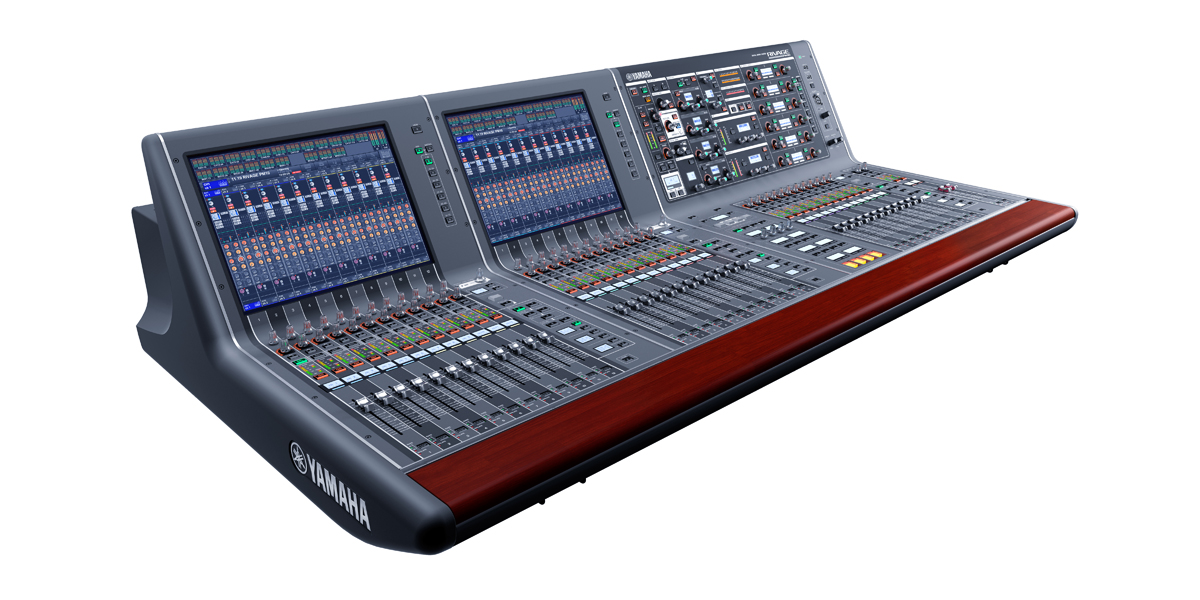 “Yamaha’s PM1D and PM5D digital mixers have been a mainstay of large scale live productions throughout the world for more than a decade - be they touring live music, festivals, theatre, musicals, dance, municipal or corporate events. Bringing yet greater levels of quality, flexibility, functionality and reliability to the iconic PM name, the RIVAGE PM10 is a brand new flagship which will again redefine the direction of the digital audio mixing industry,” says the announcement.

Yamaha also states that, at the core of the RIVAGE PM10 was the intention to deliver the very best possible quality sound. As Yamaha did with its previous generations of digital consoles, the focus was on designing high-quality input channels, starting with new microphone preamplifiers. This is achieved with the newly-developed RY16-ML-SILK Hybrid Microphone Preamplifier. 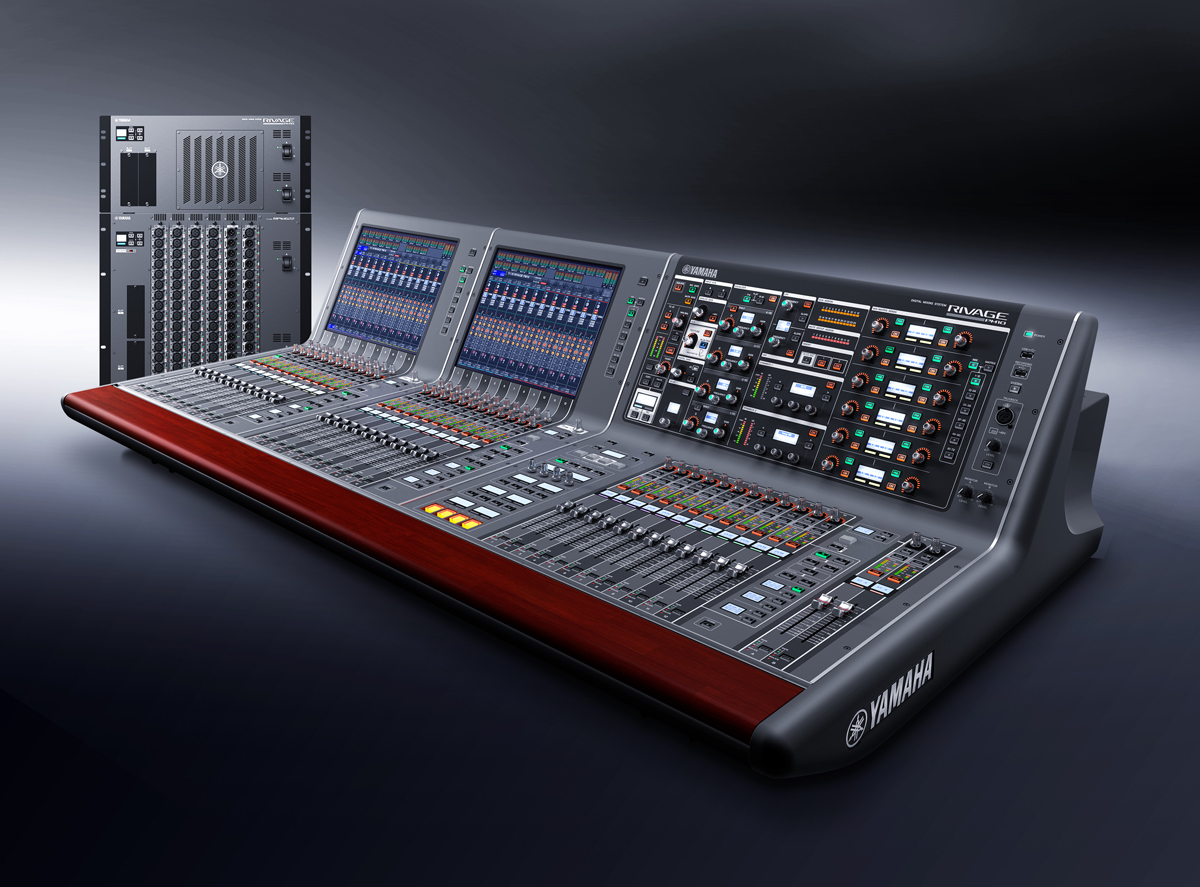 With this combination, audio engineers can have a completely transparent audio input path or, using the Silk Red and Blue modes and the Texture control in the console’s selected channel, can be creative with the color and character of each individual input. And creativity seems to be the focus for this new generation of mixing consoles, following on its previous experience with the CL Series consoles, where Yamaha collaborated with Rupert Neve for the digital modelling processing plug-ins.

With the RIVAGE PM10, Yamaha has taken its collaboration with other manufacturers much further. As well as forging closer ties with Rupert Neve in the development of the RY16-ML-SILK, new VCM models of the Rupert EQ773, the Rupert Comp 754, the Rupert EQ810, and the Rupert Comp 830 are featured.

Not only that, but Yamaha has worked with TC Electronic to include the VSS4HD room simulation reverb and the highly creative “NonLin2” stereo reverb, as featured in their popular System 6000 devices. Yamaha has also been working closely with Eventide to add the H3000-Live Ultra-Harmonizer as a future standard inclusion in the RIVAGE PM10 system.

The system is operated via a user interface that will be familiar to every Yamaha console user, yet it delivers even more flexible operating possibilities. One of the most important and attractive aspects of the RIVAGE PM10 control surface is a full Selected Channel section. This was a key element of the PM1D and PM5D consoles and is a fundamental aspect of the design for RIVAGE PM10’s user interface. 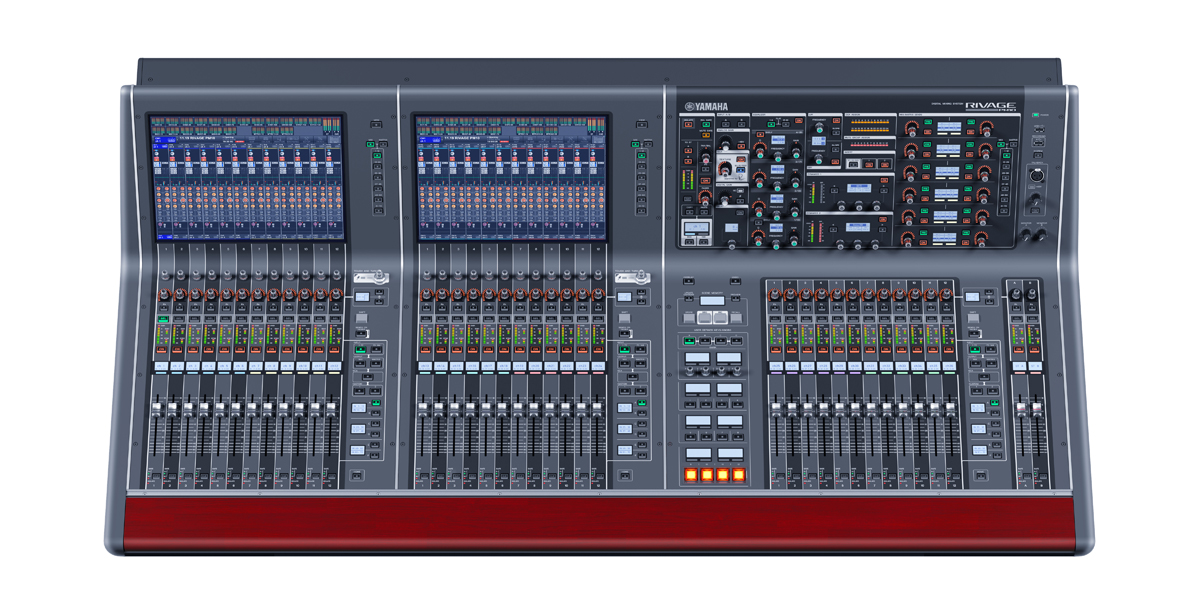 Twenty-four of the control surface’s channel strips extend virtually seamlessly into the twin, 15” touchscreen displays, while rotary encoders feature “horseshoe” ring indicators for optimum visibility. A third display screen can be added via a DVI socket, if required.

The backbone of the RIVAGE PM10 system is Yamaha’s newly developed TWINLANe ring network, which can handle up to 400 audio channels at 96 kHz, 32-bit over distances of up to 300 m. TWINLANe can connect up to eight RPio622 I/O units and, at launch, up to two CS-R10 control surfaces and up to two DSP-R10 DSP engines, expandable with a future upgrade. 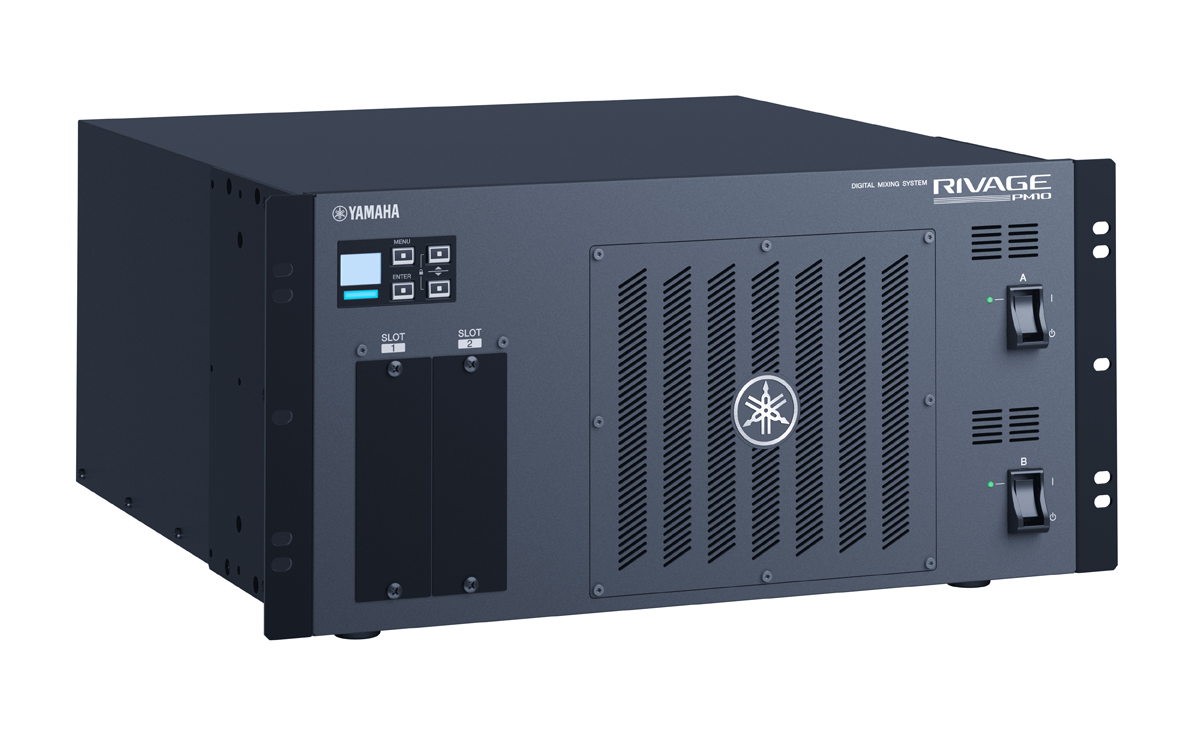 With the CS-R10 control surface also featuring 8 × 8 local analog I/O and 8 × 8 AES3 I/O with sample rate conversion, a fully-expanded RIVAGE PM10 system can accommodate more than 3,000 inputs and outputs. A new, optional HY-Dante card can be used to integrate multitrack recording or other hardware, including other Yamaha digital consoles.

In all, RIVAGE PM10 is one of the most powerful and flexible digital mixing systems ever developed. “For a number of years, the industry has been asking when Yamaha will launch a new, state-of-the-art digital console for large scale productions. We have always said that, when it comes, it will be as much a landmark for the industry as the PM1D and PM5D were. So I am very pleased to say that, with RIVAGE PM10, that time has arrived,” says Chihaya “Chick” Hirai, Director of Pro Audio Business Unit, Yamaha Corp. of Japan.

“We believe that RIVAGE PM10 will be another pivotal moment in the history of digital audio mixing. It delivers a system which will be the most versatile, the most user-friendly and the most reliable for all larger events,” Hirai concludes.
www.yamahaproaudio.com
related items