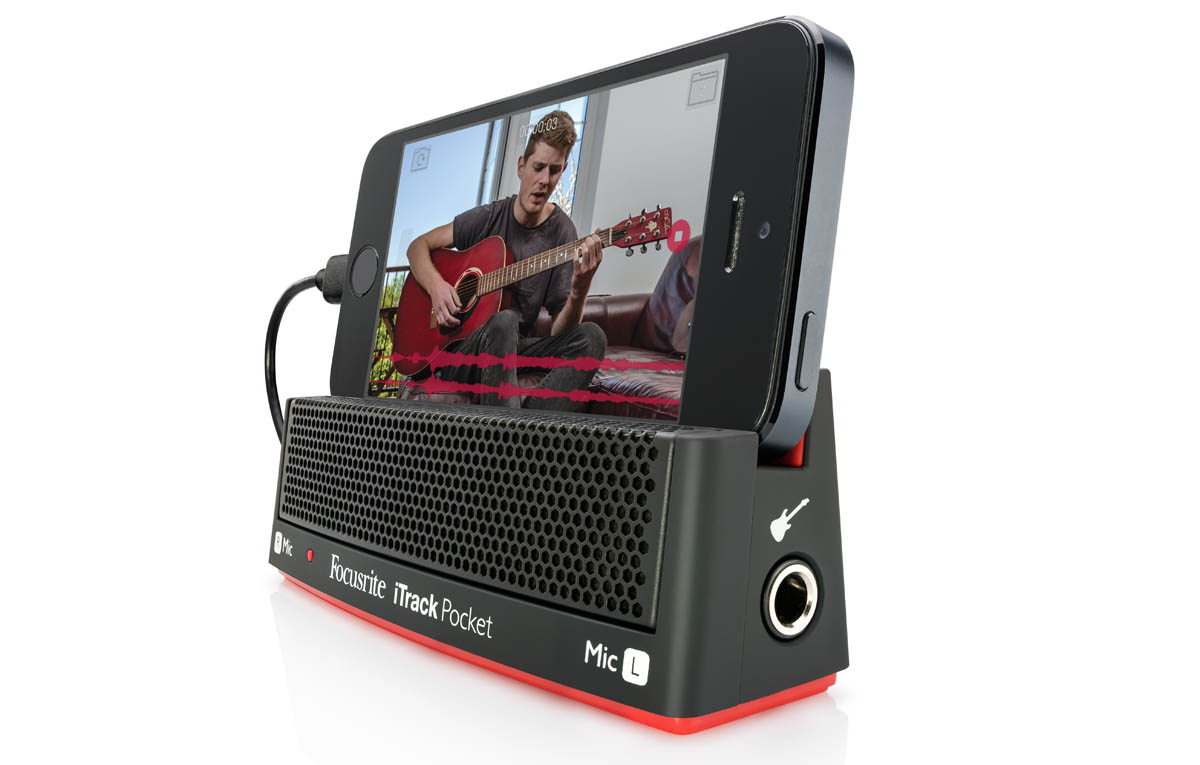 As any musician who tried to record a “self-video” on iPhone has discovered, even though the image results might be reasonable to share a performance, the sound of vocals and guitar are not exactly what they expect when captured simply with the integrated microphone. Yet with the growing number of singer-songwriters being discovered through their live performances on YouTube, it’s more important than ever to capture sound that stands out.

As Focusrite explains, “iPhone microphones are great for making phone calls, but they struggle to capture musical performances. They simply aren’t designed to do justice to the sound of vocals and guitar. That’s why Apple officially approved iTrack Pocket. It holds your iPhone at the perfect angle for recording, then captures your performance using a stereo microphone that eclipses the quality of your iPhone mic and a dedicated guitar input with built-in amp simulation.” 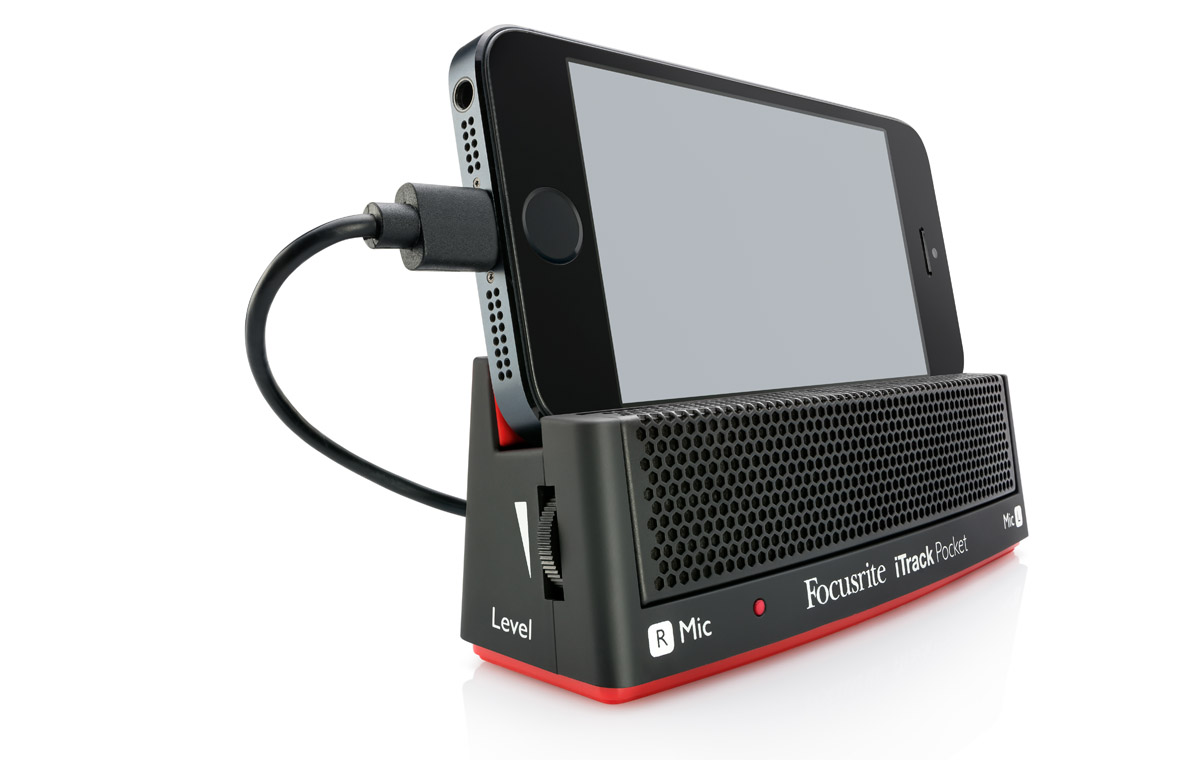 The new Focusrite iTrack Pocket is a portable, high quality stereo microphone and guitar input that connects to the iPhone, holding it at the perfect angle for recording. The unit was designed specifically for use with the iPhone 5 generation with Lightning connector cable supplied and will accommodate the larger but thinner new iPhone 6 and iPhone 6 Plus, even though those models will stand out slightly from the cradle. On the right side there’s a nice 1/4” guitar jack socket, perfect for direct recording with any of the available iOS apps, while the dual microphones (L/R) sit in the speaker front of the unit. ON the left side there’s a volume control so the iTrack Pocket can be used also as a portable speaker to audition recordings at a reasonable volume.

To record a video, a musician can either use the front facing camera of the iPhone - lower quality - being able to monitor itself while recording alone, or use the rear facing - and much higher quality - camera, while somebody else monitors the results on the iPhone screen - which will not be visible to the performing musician. Also, there’s no dedicated direct monitoring output on the unit itself, which means any audio confidence monitoring will have to depend on the headphone output of the iPhone itself and subjected to any latency of the apps in use.
​

To explore the iTrack Pocket hardware features - such as the amp simulation - there’s the free and very effective Focusrite’s Impact app, which also allows to apply preset audio effects and perform basic video editing, such as trimming start and end points, before sharing the videoclip. Impact also conveniently shows an audio input meter on the left of the screen as well as a continuous waveform of the audio on top of the video, allowing to easily detect any problematic clipping. If clipping occurs, the meter will display a single Red Signal overload (0dBFS), with peak held for approximately 1 second.

The iTrack Pocket interface supports audio recordings at 44.1 or 48 kHz sample rates at 16-bit, perfectly adequate for “videoclip” capturing intended to be uploaded on Youtube or social networks, not so much what you would expect from a portable audio interface these days. The nice part is that the iTrack Pocket is small enough to be carried anywhere, being powered by the iPhone, so it can be used conveniently in any situation, including to record band rehearsals. Also, the suggested price of $99 makes it affordable enough for the intended market.
www.focusrite.com
related items