Gibson Cleans Up Its Act - Making Good on a Troubled Past

The recent return of Gibson is one of those great case-studies for any marketing professional and a story that I am certain will be taught for years in marketing schools. How to “Clean Up Your Act” and restore the value of a brand that has been on a slow-burning destructive process for decades. Gibson is a legendary company, an American icon, and possibly one of the world's most valuable brands. I mean, it is hard to accept that someone could possible break a valuable business and a valuable brand like Gibson.
I guess you have seen already DHL's brilliant 50th Anniversary Celebration TV ad where Bryan Adams orders a Gibson guitar from Nashville, TN and the guitar is delivered in London the next day, just before he enters on stage? If you didn't it, click here to see it!

This is just another of those brilliant examples of synergistic-marketing, created by advertising agency 180 Kingsday and director Scott Lyon. The message is clear throughout - DHL celebrates 50 years. It delivers your package the next day. But also, Gibson - another great American company - is back in business in Nashville.
This is the more impressive component, since it would be very hard for Gibson Brands, a company still struggling with a messy bankruptcy, to devise a similar global advertising campaign. But the DHL ad does just that for the iconic American guitar brand: Gibson is Back in Business!

The recent return of Gibson is one of those great case-studies for any marketing professional and a story that I am certain will be taught for years in marketing schools. How to "Clean Up Your Act" and restore the value of a brand that has been on a slow-burning destructive process for decades.
Gibson is a legendary company, an American icon, and possibly one of the world's most valuable brands. I mean, it is hard to accept that someone could possible break a valuable business and a valuable brand like Gibson. But that is exactly what Henry Juszkiewicz and Co. have done over the years, with their foolish plan of global expansion, blindly buying and burning valuable brands in the musical instrument and pro audio markets. In particular over the last five years, while trying to foolishly expand into consumer electronics, and starting to sell off their own core assets in order to acquire other businesses in the home audio space...

But Juszkiewicz's problems started much earlier. Apparently because he never understood how, over the years, he was simply making enemies in his own core market: musicians. For me, as a bass player, it all started when I learned Gibson had acquired and buried legendary bass brands like Steinberger and Tobias. For friends of mine, it was the closing of legendary software house Opcode Systems, founded by Dave Oppenheim, and the fact that they never cared for the Oberheim brand, founded by Tom Oberheim, that they acquired in 1988, and so on... Or even the more recent example of the disastrous handling of Cakewalk. It's true that many times Gibson actually acquired companies that were already about to close and were looking for a way out of bankruptcy. Maybe the story is much more complicated, but the fact is, over the last few decades, musicians have learned to associate the name "Gibson" with aggressive acquisitions, and the destruction of companies.
More important, in recent years, it was as though they didn't even care for their own foundational market: the guitars. I still remember, back in the 90s, when I was the editor of a musical instruments magazine and we had to interview a new guitar player we knew little about, our opening line for loosening them up was: "Strat or Les Paul"? That's it. The world of guitars, with hundreds of brands, is boiled down to Fender and Gibson and all their respective famous models, particularly those Made in USA.

As a result of the bankruptcy process, Gibson Brands - the guitar business plus the remaining pro audio brands (for now) - is under a new management that seems to understand everything that was wrong with their business and they seem determined to save it and restore its legacy. That was visible from Gibson's attendance at the 2019 Winter NAMM Show and again at the recent Summer NAMM, where they had a larger Gibson exhibit space just showing guitars, with a stage for musicians to play and tables where the company's expert luthiers would explain everything about guitar building and care. Brilliant!

And meanwhile the campaign to restore the company's values continued with a series of refreshing new guitar model announcements, new artist endorsements, new updated signature models, repeated appearances at music shows, and much more. All artfully planned and executed, not forgetting to spread the message.

In a recent press release, titled "Gibson Pivots From Confrontation To Collaboration," James 'JC' Curleigh, the new President and CEO of Gibson said: "While new management is building on the legacy, quality, and craftsmanship that guitarists have come to love and expect from Gibson, they will also continue to manage and attempt to resolve the conflicts of the past." This included settling long disputes with other companies, while also being more aggressive in going after counterfeit and 'knock-off' guitars, and suing companies infringing on its trademarks. "It is time to make the modern-day shift from confrontation towards collaboration, whilst still protecting our brands, and we are committed to making this happen starting now," Curleigh stated.

An immediate example of that new "collaboration" attitude was the announcement of the transfer of the Oberheim brand and intellectual property back to its original owner and company founder, synthesizer pioneer Tom Oberheim. "Of the many stories I have heard and decisions I have made since joining Gibson, this situation seemed simple," says Curleigh. "Let's do the right thing by putting the Oberheim brand back in the hands of its namesake founder Tom Oberheim."
This positive attitude was also reflected at the recent 2019 Summer NAMM show, in the company's own home town of Nashville, where Gibson had a massive presence, showcased exciting new collections, hosted parties, launched boutique builder collaborations, and announced new artist programs for musicians worldwide. Curleigh also introduced the new Gibson Foundation, Gibson Alliance and Gibson Generation Group artist programs.

At the massive Gibson exhibit, there were not only products from Gibson and Epiphone, but also new instruments from "neglected brands" (their words) Kramer, Steinberger. And Gibson also confirmed their intentions for their new global headquarters to be located at Cummins Station, a historic property in the heart of downtown Nashville, and a new investment in both the Gibson USA and Gibson Custom Shop factories located in Nashville. "For the past 30 years, Gibson's headquarters has been located on the outskirts of Nashville proper. Gibson plans to expand into their new HQ by the end of 2019 and states it will be home to 100+ employees," the company announced."

The company is not off the hook as yet. Far from it.
After all, the same fundamental problems in the guitar business still remain, where musicians continue to value more any 1970s models of Gibson Made in USA guitars, and the large majority of its potential new clients continue to be confronted with much cheaper alternatives Made In Asia. And Gibson still needs to decide what to do with many of the brands it owns - some of them also valuable, while others not so much. 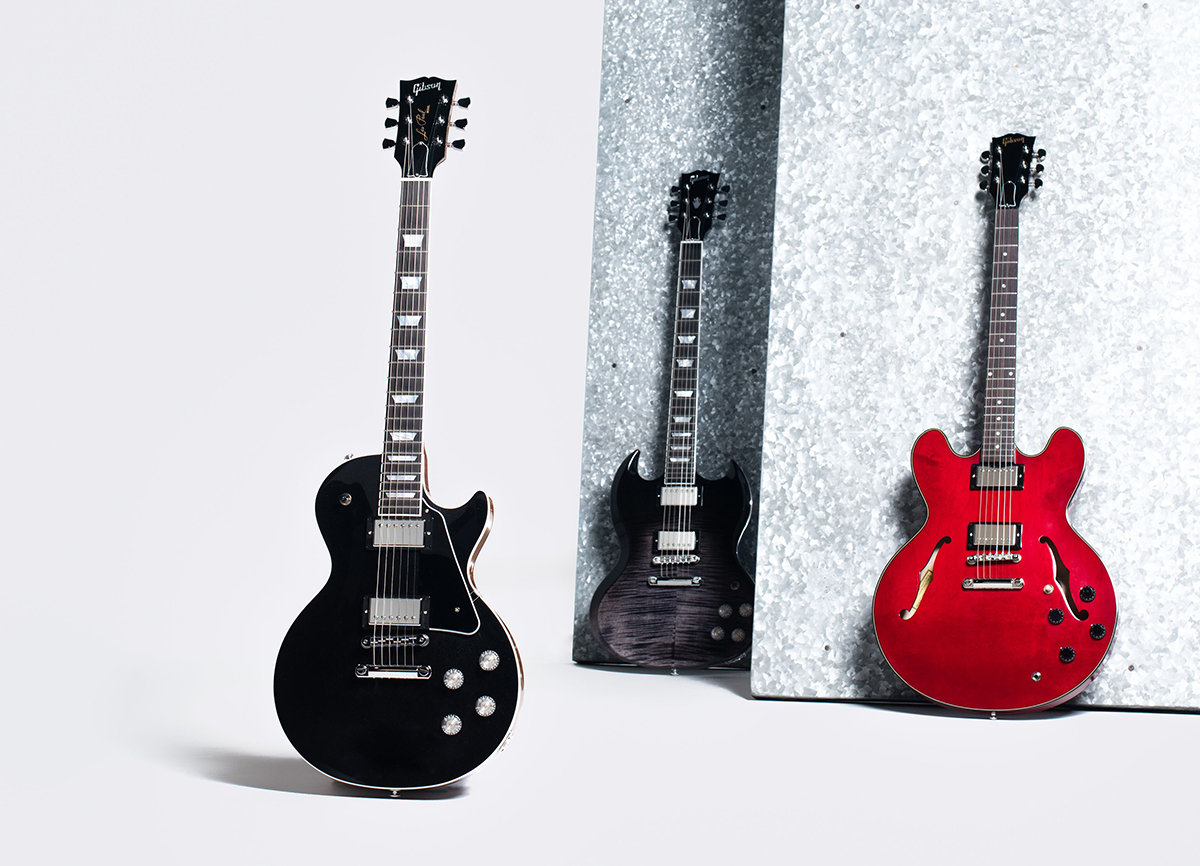 For any marketing professional this is one of the greatest challenges imaginable - but also possibly a marketing professional's dream job! After all, much like vinyl is back, anything that has to do with music remains a strong emotional connection with consumers, and that is precisely one of the most valuable assets for any brand. Gibson could easily create a valuable business by restoring the brand and exploring licensing deals in fashion and lifestyle product categories - Gibson apparel anyone?

And there's so much that Gibson can do in audio in today's market, focusing on its own brand. That was possibly one of Juszkiewicz's greatest mistakes. Not understanding that there's nothing that Gibson needs from Onkyo, TEAC, or maybe even KRK and Cerwin-Vega! There's a lesson in the way the famous guitar amp brand Marshall was marketed in headphones and Bluetooth speakers. Nothing is impossible when a brand is cherished. But first, there's a lot of work ahead.

This article was originally published in the The Audio Voice newsletter, August 1, 2019 (#239).
related items