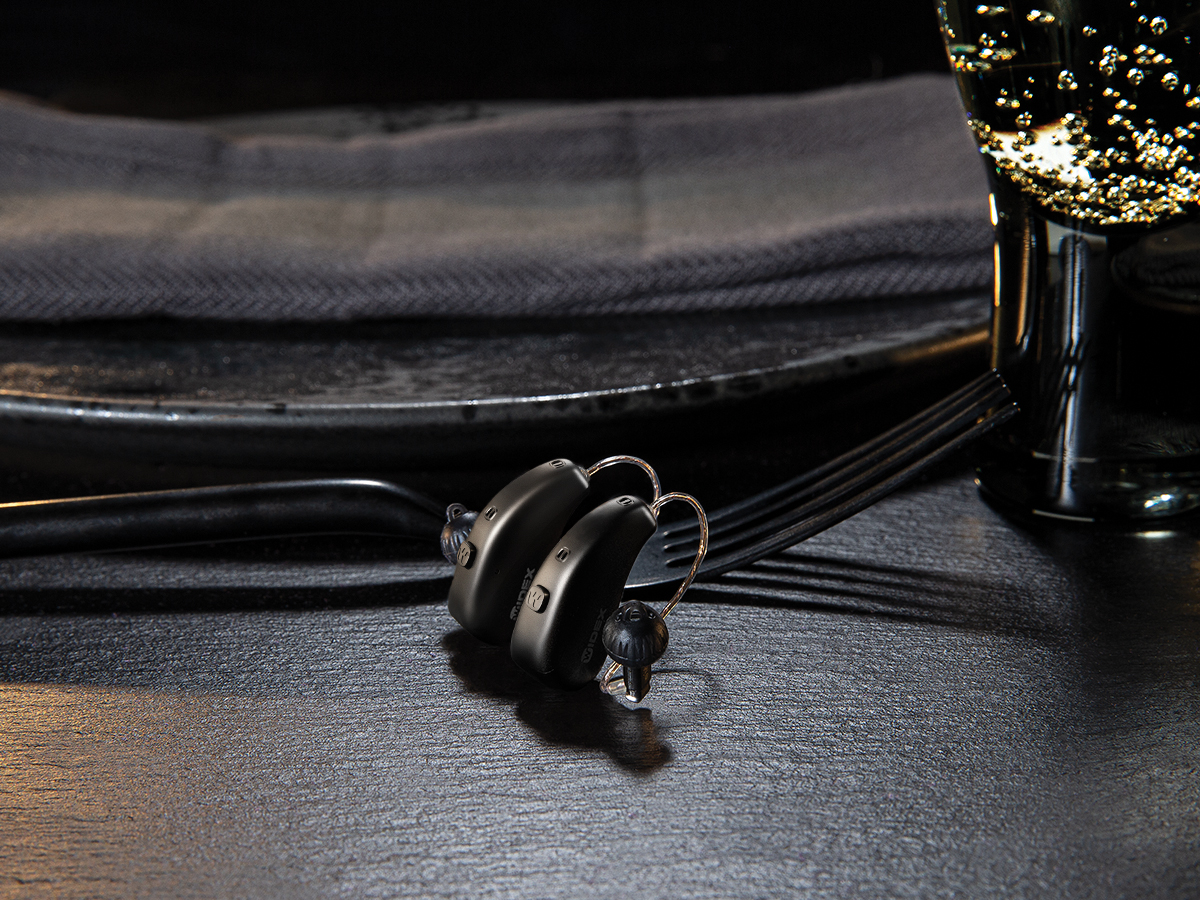 Widex says this new product is the result of a technological breakthrough, achieving a perfected hearing experience by leveraging two distinct signal pathways and something that Widex calls a "ZeroDelay Accelerator that enables the sound signals to meet at virtually the same time in the eardrum."

More specifically, in the Widex Moment platform the two distinct signal pathways are a ‘classic’ Widex signal pathway, paired with a second "ultra-fast signal pathway." This is what the company calls the Widex ZeroDelay Accelerator, reducing the processing delay between microphone and receiver to below 0.5 milliseconds, and enabling the two sound signals to meet at virtually the same time in the eardrum – thereby creating a more natural sound experience.

The "tinny" and "artificial" sound of hearing aids – which often prevents their adoption by those with hearing loss, says Widex – is produced when sound processed in the hearing aid reaches the eardrum a split second later than the sound that travels directly through or around the hearing aid’s ear-tip. The company says it is the first to eliminate that ‘out of sync’ sound for wearers with mild to moderate hearing loss, without sacrificing the trademark Widex natural sound – which already has the lowest time delay compared to competitors.

According to Lise Henningsen, Global Head of Audiology at Widex, this launch marks a fundamental shift for a general consumer public plagued by hearing loss at increasingly young ages. “To lose your sense of hearing is to lose a fundamental part of yourself, often resulting in increased social isolation, subsequent depression, and cognitive decline,” states Henningsen. “Though the traditional hearing aid has made tremendous strides in areas such as speech intelligibility, active noise cancellation, and more, a key frontier has been left uncharted – until today. Widex Moment doesn’t just allow you to hear better, it restores one’s sense of perfectly natural hearing, as you remember it before any loss occurred.”

However, though Widex Moment breaks new ground in the area of sound purity, it doesn’t do so at the expense of other cutting-edge features – such as rechargeability and smart streaming – which offers robust connectivity to the devices one uses every day. The Widex Moment hearing aid also boasts the smallest lithium-ion rechargeable receiver-in-canal (RIC) on the market. 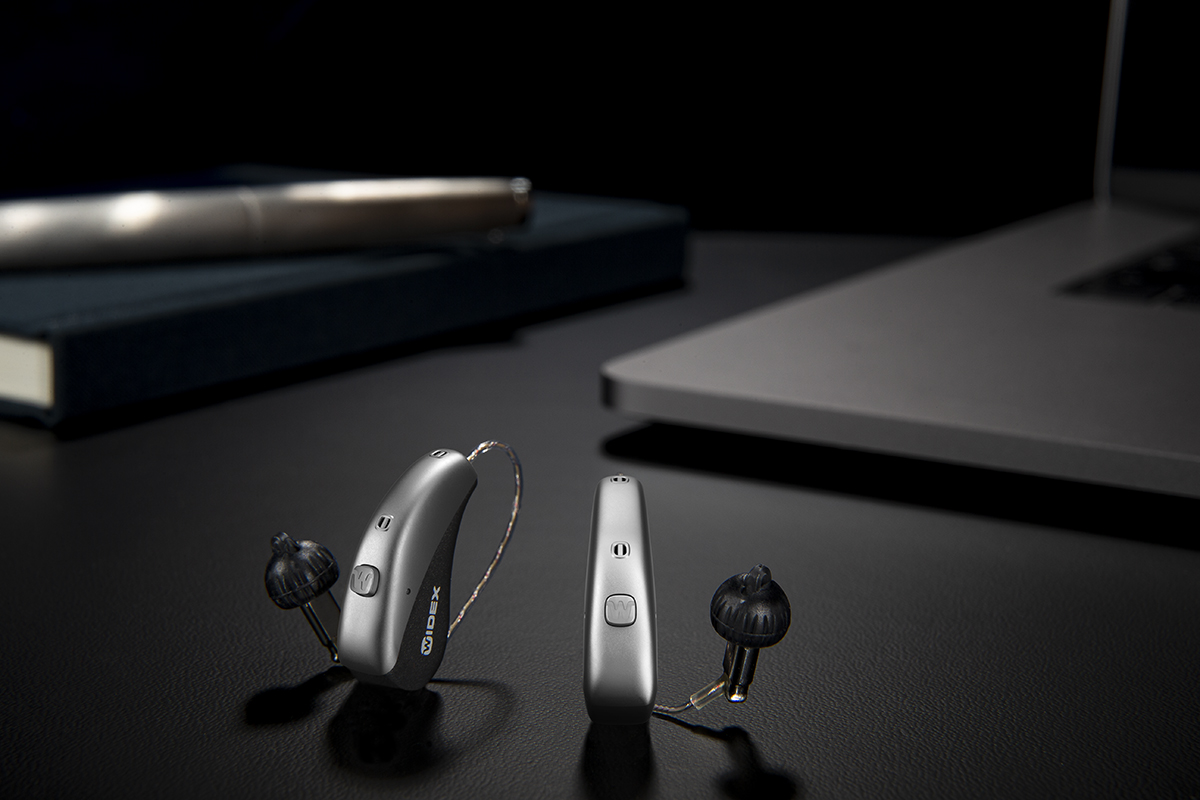 The new Widex Moment also allows for easy Bluetooth music streaming from a smartphone device, and is equipped with AI and machine learning technology to learn the user’s habits and personalize the hearing experience in real time. The SoundSense Learn smartphone app, which leverages breakthroughs in AI and machine learning to personalize one’s hearing experience and create hearing programs based on a wearer’s typical environments – a daily commute, an open-office floor plan, a favorite restaurant, and more.

The app allows users to take on-the-go, hyper-accurate tests that measure data like how often he adjusts the volume, which sound presets he uses in various environments, and adjusts accordingly. It also shares this data directly and securely back to a hearing care professional to improve customization and tailor service. 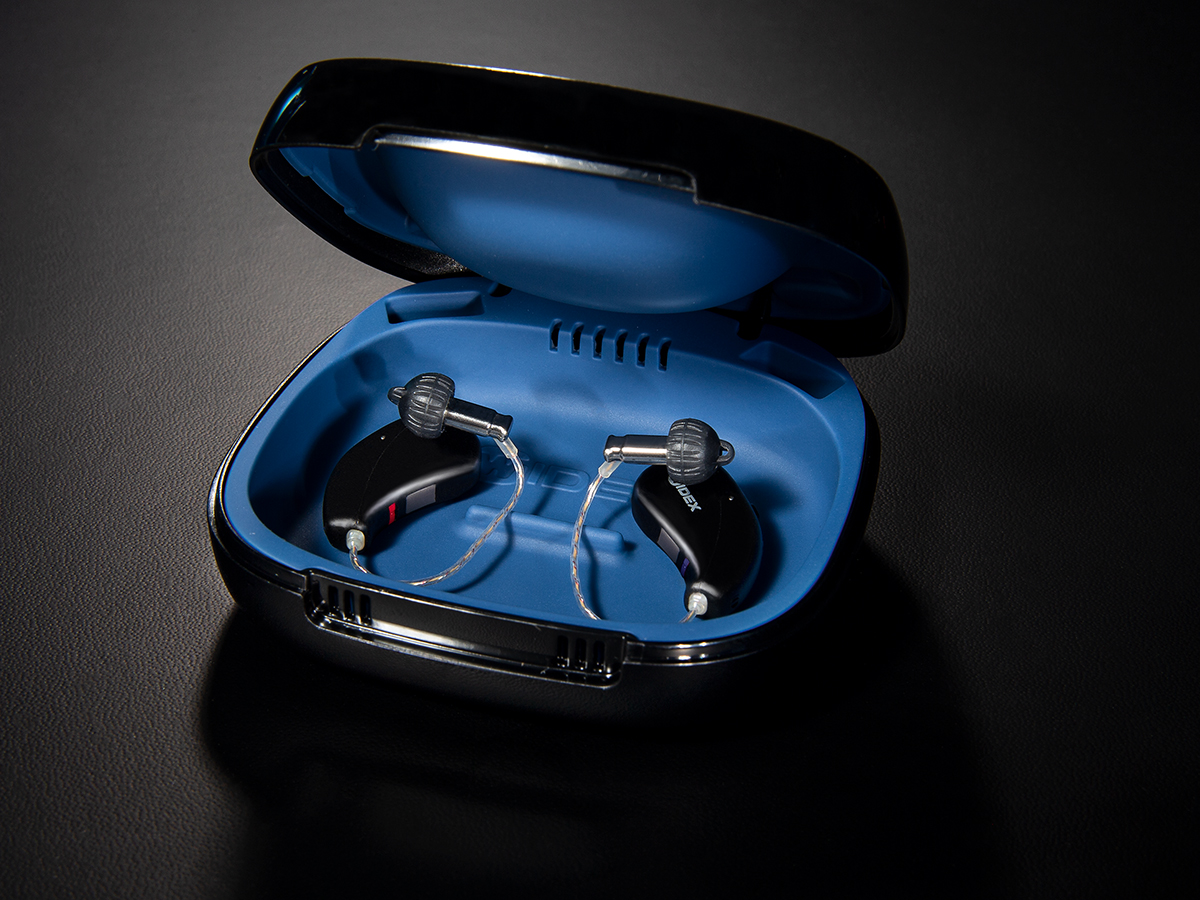 “The future of hearing aids will be unlocked through the combination of perfectly natural sound with the latest in streaming, rechargeability, and customization – and that’s exactly what we’ve created with Widex Moment,” concludes Henningsen. “We’re breaking down the hearing aid stigma, across all generations, by equipping wearers with a way to experience one’s natural hearing, customized for any environment, while enabling connectivity with all of your favorite apps and devices. It’s a seminal moment for not just our hearing aid industry but for the technology industry, in general.”

The new Widex Moment is available in thirteen colors and six different styles will be available for purchase in April 2020. Widex also intends to launch a Completely in Canal (CIC) version of the Widex Moment, , closer to an hearable form factor, but no details are yet available.
www.widex.com
related items