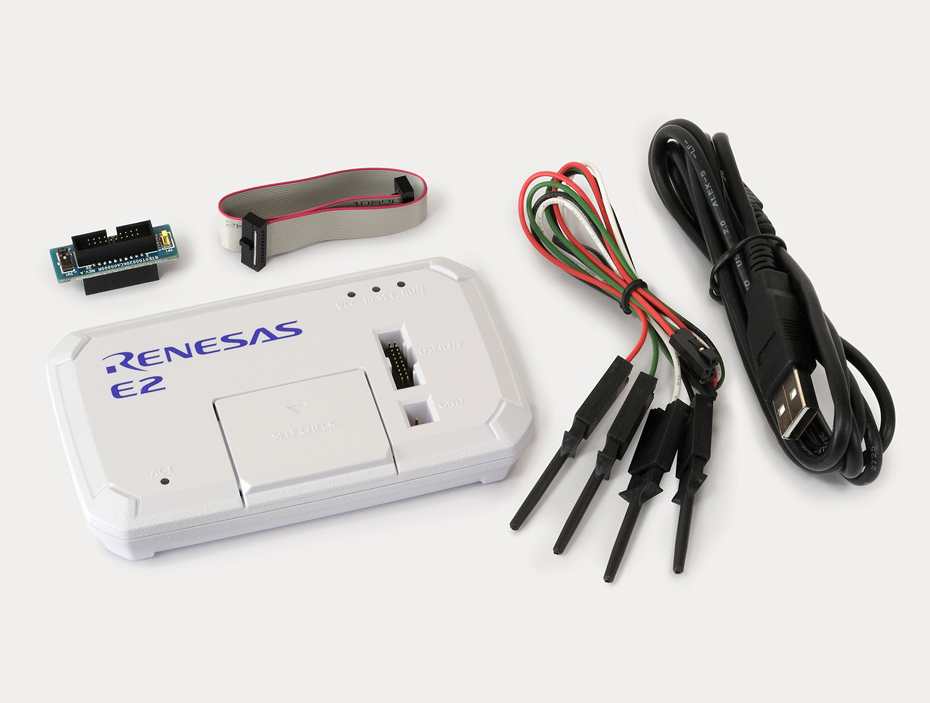 Recently, use of electronics for automotive control is increasing to improve the fuel efficiency, safety, and comfort of vehicles, and the number and variety of built-in sensors is growing. This leads to an increased size of control programs of MCUs used in electronic control units (ECUs). Since each ECU performs communication control via automotive networks such as CAN, LIN, and FlexRay, and dozens of ECUs are installed in a single vehicle, communication control has become more complicated. Additionally, considering that many ECUs are installed in a vehicle, it has become more important to precisely understand current consumption when each ECU operates and optimizes the control programs to achieve low current consumption in automotive systems.

One challenge with existing ECU software development is that it is necessary to download the program from the emulator to the MCU. And each time debugging code needs to be added to the control program, it increases the program size and download time. In the case of CAN communication, a significant contributor to this repetitive debug cycle is the need to use a CAN analyzer along with the emulator—these devices have not traditionally operated synchronously. In the case of low power optimization, the emulator is typically used side-by-side with an ammeter or current probe, and it is difficult to link the current consumption peak specifically to the matching point of time in the running code.

To address this challenge, Renesas has integrated additional debugging features required for software development as solutions into the E2. Specifically, the new emulator reduces the time required to determine the cause of an error during CAN communication by providing a connection to the bus that allows message timing to be matched with executing code; it also makes it easier to determine the cause of current consumption peak by monitoring the current draw of the device and correlating that with the code. This enables system developers to potentially reduce development time in these areas to as little as one-tenth compared with the existing method of repeated program modification and downloads. Even when the modification/download cycle is necessary, the increased download speed of the E2 lessens its impact on the speed of the development cycle.

The new E2 Emulator features faster communication speeds between the MCU and emulator and parallelization of flash rewriting and data communication. These capabilities enable control program downloads up to twice as fast as Renesas’ existing E1 Emulator.

This solution for measuring CAN communication response time can allow trace analysis of CAN communication and program operation to be performed by the emulator alone, and can significantly reduce the time required to determine the cause of an error.

The E2 Emulator supports the CS+ integrated development environment, which is designed to make the inevitable cycles of editing, building, and debugging in the software development simple, easy to use, and secure. Support is also planned for the e2 studio integrated development environment (based on the globally popular Eclipse), Green Hills Software’s MULTI IDE, and IAR Systems’ IAR Embedded Workbench. The board interface is compatible with that of the existing E1 Emulator boards for which can also be connected to the E2 Emulator.

Renesas also plans to provide E2 Emulator tracing solutions via the RH850 Debug interface and plans to offer a break solution that enables to break the program while debugging based on an external trigger signal in the future.