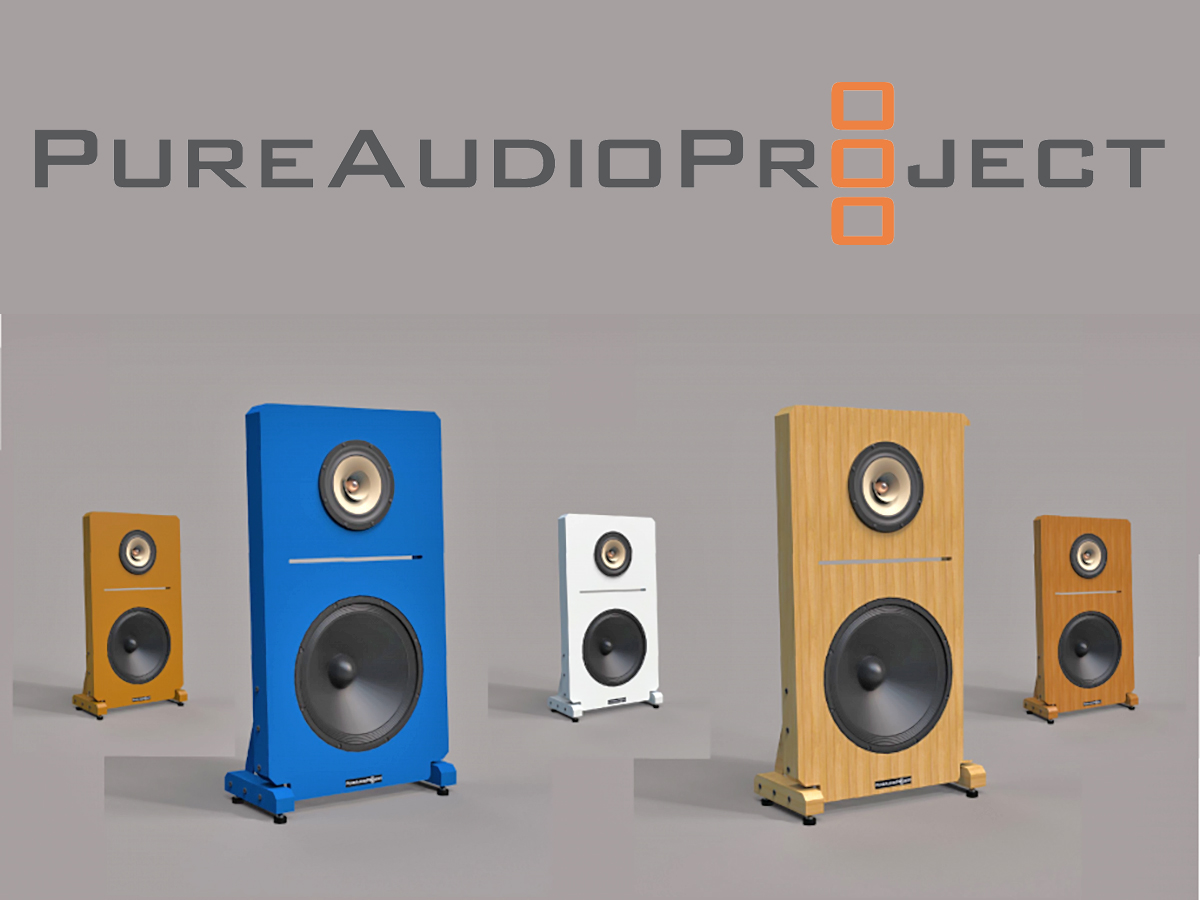 When audioXpress reviewer Oliver Masciarotte had the opportunity to listen and write about the unique PureAudioProject speakers he was pleasantly surprised with the results in his living room. “That’s the brand’s unique concept. Proposing a modular open baffle architecture, with a carefully designed chassis and select components from which all models are born. User choices cover drivers, baffles, cables, even crossovers parts; all easily interchangeable and upgradeable giving the user the freedom to explore multiple models, and sonic options,” he wrote. In the same article, available here audioXpress also had the opportunity to measure the PureAudioProject Trio15 Heil AMT speaker system - the model under review - combining an ESS 6" Air Motion Transformer (AMT) and two Eminence 15" drivers, specifically optimized for use in open-baffle applications.

Being a modular system, Made in the USA and Europe, packed flat, and sold and shipped direct to customers worldwide, PureAudioProject already offers four basic models to choose from, featuring a choice of different mid/high frequency modules, including a horn or Voxativ AC-1.6 driver. Now, the company announced it will be offering an entry-level model to the open baffle concept, the Duet15 Prelude, designed for small and medium size rooms.

As Ze’ev Schlik, the founder of PureAudioProject explains, "this model will either serve you for many years or it will be your ‘prelude’ (introduction) model into open baffle and PureAudioProject worlds."

The Duet15 Prelude is the ‘smaller brother’ of the company's highly raved Trio15, with which it shares the audio components and the typical organic and emotionally moving sonic signature. In this case, the speaker features a chassis with only two modules and one OB-A15Neo, 15" woofer, otherwise sharing the same technical specifications. The options in this model, entail choosing from either the legendary Tang Band W8-1808 full range driver or the top-end Voxativ AC-1.6. It includes a pair of new ‘Thrier’ modular passive crossovers with Mundorf MCAP audiophile-grade components, and two sets of Internal Wiring, made by Klotz Cables. Buyers are also able to select their favorite finishing.

And because Ze’ev Schlik knows how buyers of PureAudioProject speakers quickly become passionate about the concept, he proposes also a progression path for this Modular Open Baffle Architecture entry-level model. The Duet15 Prelude comes with an official offer for a period of one year, during which at any time the company will trade it for one of the existing Trio15 Voxativ, Classic or Horn1, or Quintet15 Voxativ or Horn1 models, with a refund of 70% of the sum paid.

The Duet15 Prelude is available now with an introductory price of just US$ 2,999 for the Duet15 Prelude w/TB W8-1808; or US$ 4,990 for the Duet15 Prelude w/Voxativ AC-1.6 model. Flat shipping of the ~15kg | 33lbs packaging, costs an additional $290 in the USA, Europe and most of other countries. to pre-order for anywhere in the world or for more information send an email now.
The Quintet10 Horn2
But this is not all for PureAudioProject. Earlier in the year, the company announced a new exciting top of the range model, the Quintet10 Horn2. Ze’ev Schlik says this "probably one of our most exciting speakers to date," and describes it as "a true wall of sound open baffle / horn speaker for medium to modestly large rooms. It sounds just like it looks, fast, precise, warm... real-life and totally non-fatiguing."

The Quintet10 Horn2 features a 9.5” round wood horn, specifically designed for this new model, complemented with the same compression driver as used in the Trio15 and Quintet15 Horn1 speakers. "The PAP-Horn2 brings to Quintet10 all the clarity, sonic energy, dynamics and speed that great horn drivers are well known for, while being it an extremely soft and smooth sounding horn; with no typical ‘horn harshness' whatsoever."

Once again, PureAudioProject offers different options for the Quintet10 Horn2, which allows in fact "two configurations for the price of one!", because buyers will get the Quintet10 with two main drivers, the new Horn2 and Voxativ AC-1.6 for the price of US$ 8,490, incl. shipping in the US (all crossover parts included). The four 10" woofers (per side) are custom made by Morel for PureAudioProject.
www.pureaudioproject.com
related items