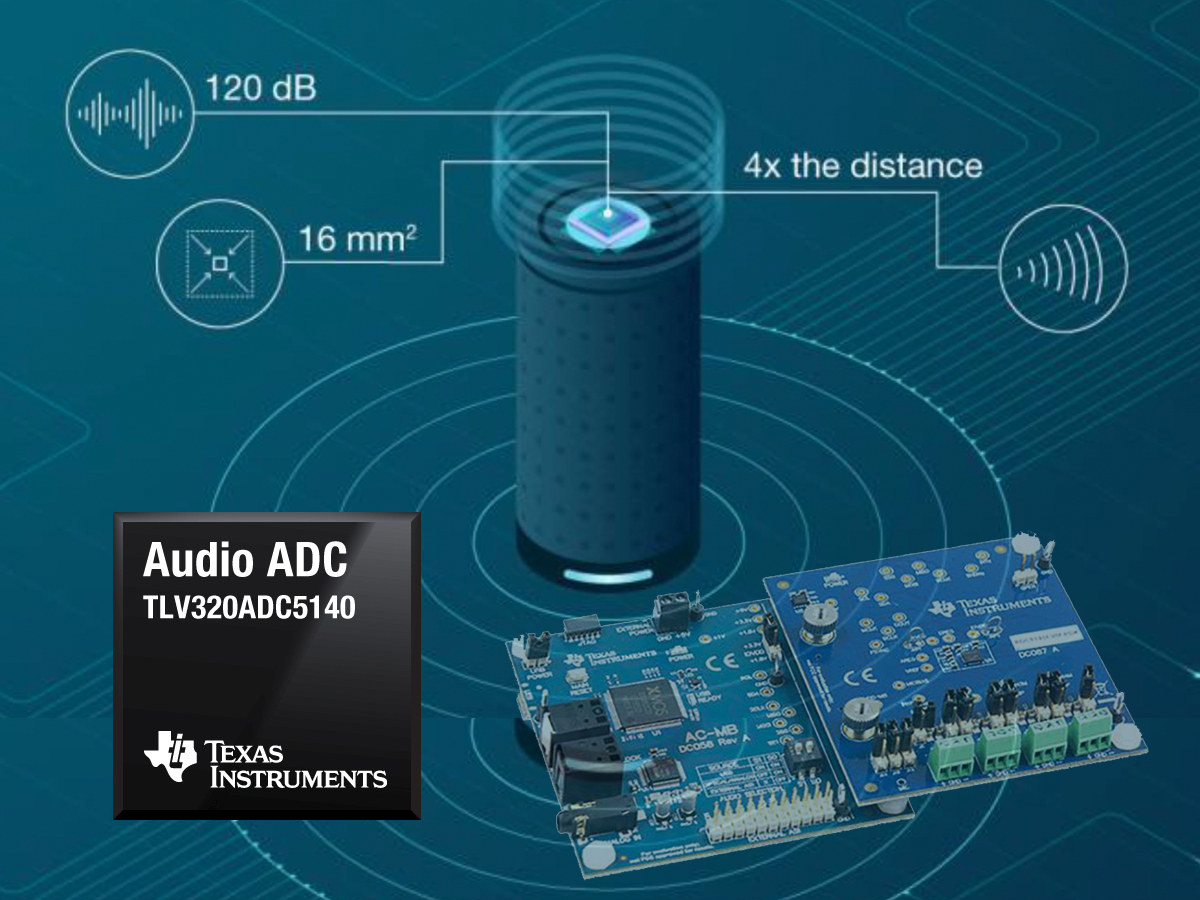 The ADC, which joins the portfolio of TI Burr-Brown premium audio devices, including high-performance Class-D amplifiers, data converters and operational amplifiers, can also help engineers save system design costs by reducing the number of microphones in the array.

The TLV320ADC5140 supports time-division multiplexing (TDM), I2S, or left-justified (LJ) audio formats, and can be controlled with either the I2C or SPI interface. These integrated high-performance features, along with the ability to be powered from a single-supply of 3.3 V or 1.8 V, make the device an excellent    choice for space-constrained audio systems in far-field microphone recording applications.

Key features and benefits of the TLV320ADC5140 include the ability to capture clear audio in any environment in beamforming systems. The TLV320ADC5140 has a built-in 120-dB dynamic range enhancer (DRE). At a system level, the DRE scheme boosts low-volume audio signals while maintaining low-distortion recordings, even at close proximity to the speaker output. The DRE also improves far-field, high-fidelity recordings in all environments.

The TLV320ADC5140 is the first ADC that fully supports the latest high signal-to-noise-ratio microphones with greater than 106-dB dynamic range and allows for system flexibility with conversion of as many as four analog or eight digital microphones (or a combination thereof). The TLV320ADC5140 also includes programmable features such as gain and phase calibration to equalize microphone-array mismatches. Other features include a programmable gain amplifier, high-pass filters, channel mixing, and linear phase or ultra-low-latency decimation filters.

Using built-in features of the TLV320ADC5140, developers can offload digital signal processing tasks, allowing them to shrink their designs without sacrificing system reliability. Power consumption is only 9.5 mW per channel at 48 kHz. 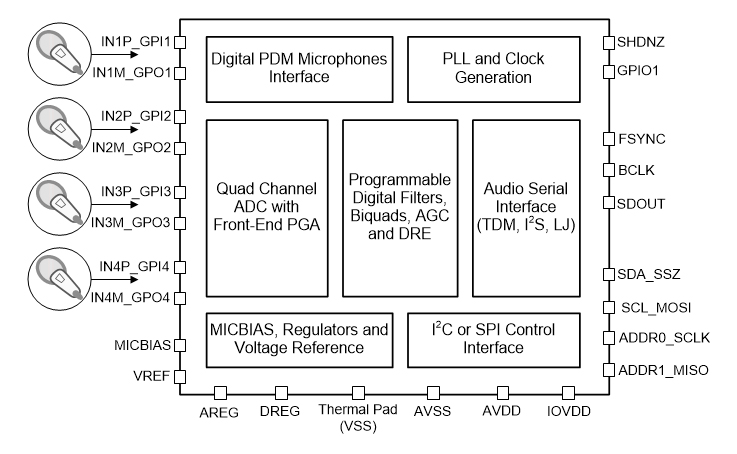