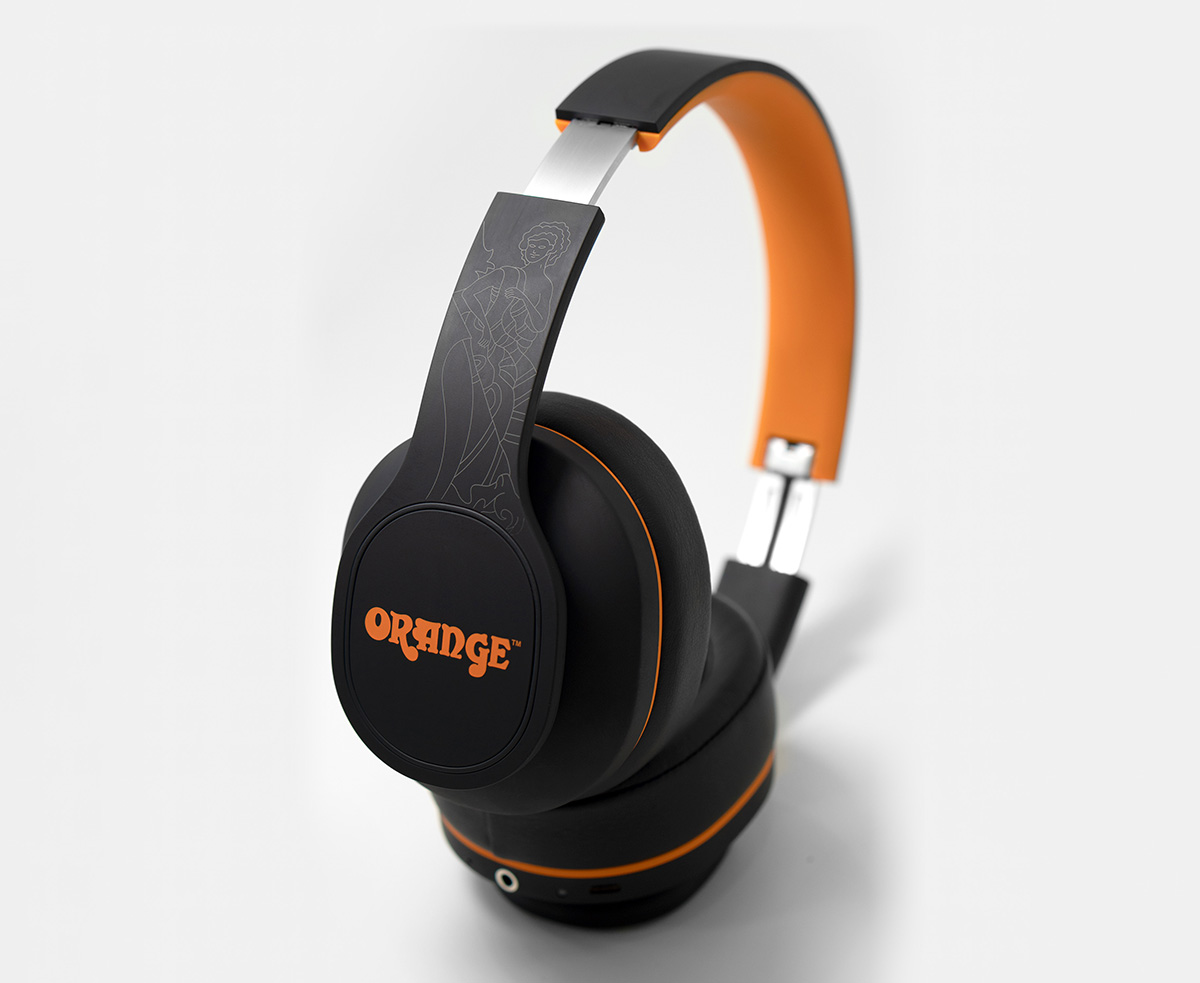 Orange Amplification has been a pioneering force in guitar and bass amplification since 1968 and they are rightfully proud of the brand's heritage. The new Orange wireless headphones would be probably a smash-hit presentation at Musikmesse this year, if it wasn't for the pandemic and the cancellation of all trade-shows. In result, Orange Amps released the new Crest Edition wireless headphones very discretely in May 2020, solely relying on its own distribution channels and social media reach, and trusting its own online store to handle the sales, at a time when people are sheltering at home. The formula worked, because the Crest Edition headphones generated a buzz that was impossible to ignore.

The previous O Edition Headphones were extremely nice, they came with a very nice zipped clamshell carry case and three different cables, they were affordable and they sounded good. The design, unfortunately, was a bit crowded, and not very appealing even as a fashion statement, but they were comfortable. Of course they did appeal to a devoted fan base that knows Orange as an amplifier brand, but it didn't expand much from there. After all, they are sold as "Orange merchandise." Unlike Marshall that licensed the brand to another consumer electronics' company to explore in a range of lifestyle products, Orange seemed to have more modest ambitions and has kept the product in-house.

Now, Orange Amplification introduced their new Crest Edition Wireless Headphones and it seems clear that, whoever did the ODM  work, was trying to look ahead. These are beautifully designed headphones, where the Orange brand and rock’n’roll-inspired embossed graphic motifs are incorporated tastefully in the ear cups and headband, with the orange color in the inside materials and matte black dominating the outside. 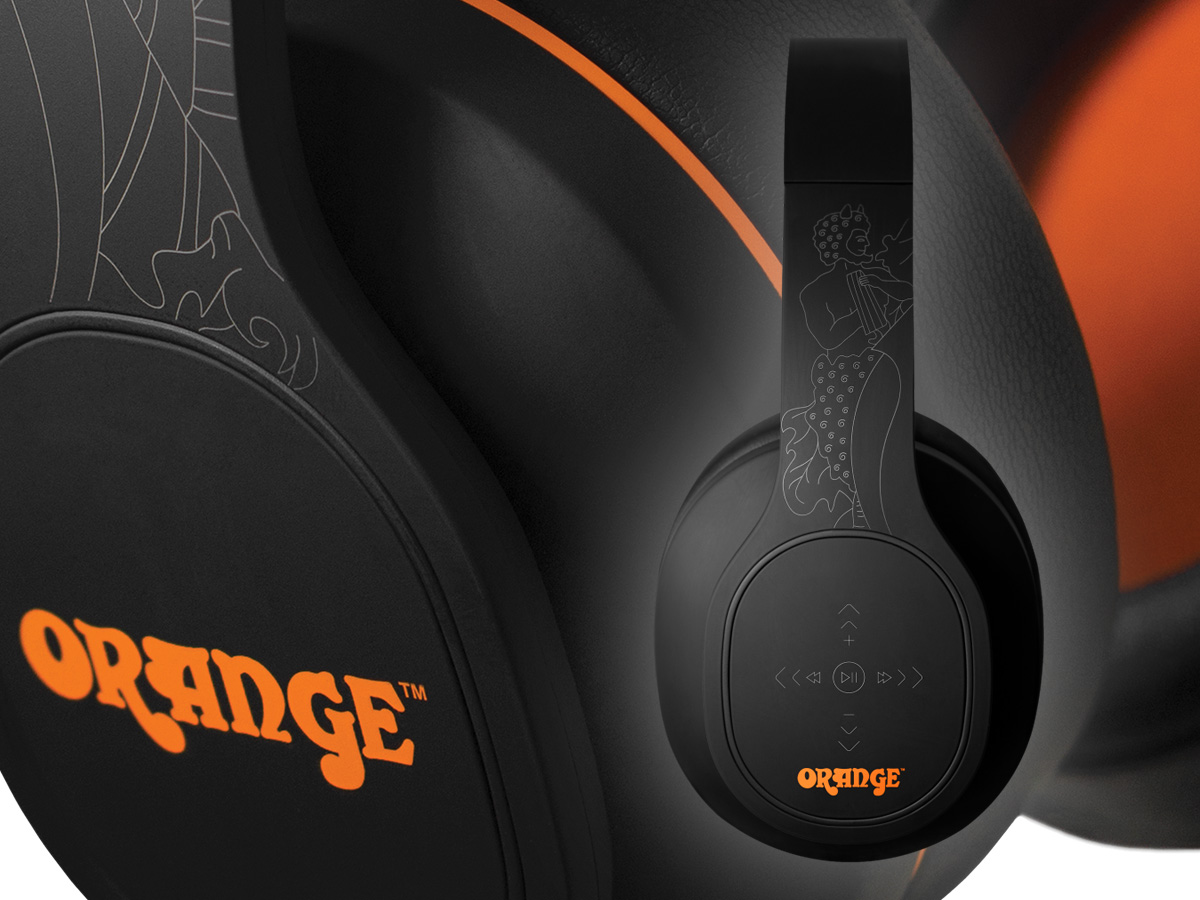 But more importantly, they offer everything that any consumer might be looking for in affordable, wireless over-ear headphones - and they cost less than the previous O Edition headphones. The Crest Edition offer well-tuned sound, they have effective touch controls on the right earcup, robust wireless connectivity and comfort. They even feature a built-in microphone for video/phone calls and support for Google Assistant and Apple Siri when connected to a smartphone. And for a very competitive retail price of just $120 USD (106 Euros), they offer good battery capacity for up to 27 hours run time, and they allow the use of an optional wired audio cable that bypasses Bluetooth completely, allowing its use without charging battery, ideal for a home studio.

Of course, the market is extremely competitive at the moment, with lots of good-sounding wireless headphones that also offer ANC and better range thanks to Bluetooth 5. The Crest edition are most likely Bluetooth 4.x and they still use a mini-USB for charging, which helps to explain why they are so affordable. But they compete directly with many branded wireless headphones in the non-ANC category, costing almost twice the price. 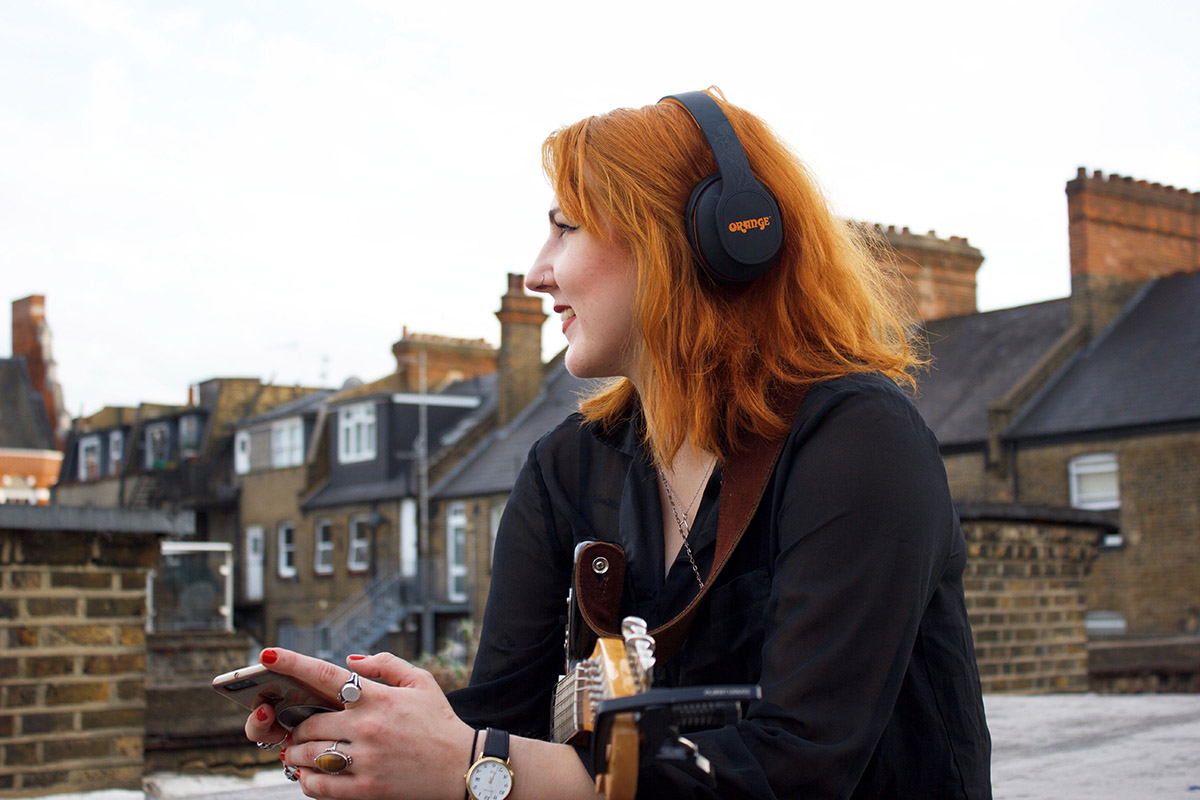 Using large-sized 40-mm dynamic drivers, the Orange Crest Edition wireless headphones have a well balanced sound with the correct amount of bass and detail, and the soft ear cushions offer a good amount of passive isolation. They are highly portable and the padded clamshell carry case is even more compact because of the way the headphones fold nicely. The headphones are also supplied with a 3.5mm mini-jack to mini-jack audio cable and the USB to Mini-USB charging cable.

For now, the Orange Crest Edition Wireless Headphones are available exclusively to purchase from the Orange Amplification website at https://orangeamps.com/product/headphones-crest-edition/
www.orangeamps.com
related items