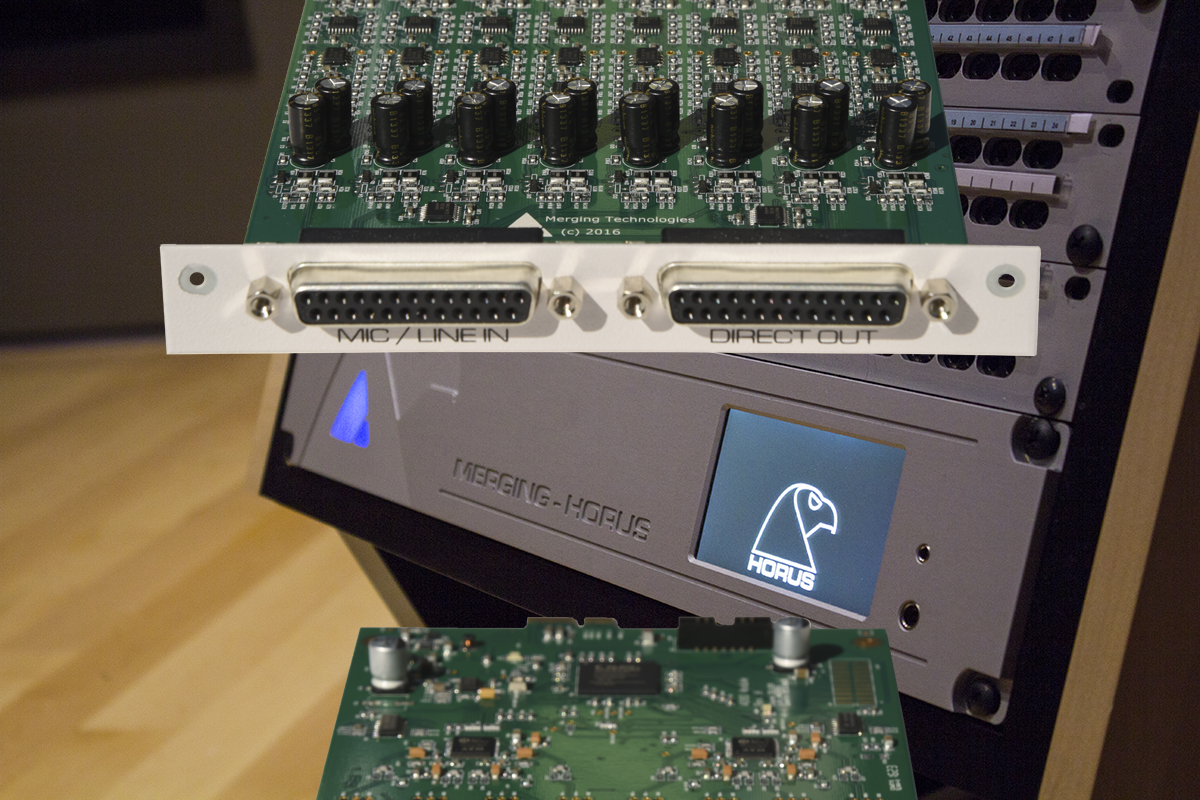 Part of the outstanding success of Merging’s Horus and Hapi Networked Audio Interfaces was due to the remarkable quality of the A/D conversion and the integral microphone preamplifiers. Hailed by top engineers and producers from all over the globe as a revolution in headroom and transparency, Merging now introduced the new generation of AKD8D/P A/D cards that embrace the latest innovations in technology.

According to Merging Technologies, the new boards are already being shipped to fulfill the significant order rate that has been consistent since Horus and Hapi were introduced. As with the previous cards, Direct Analog Out connections are present to allow a mic level feed to be sent to an analog mixer or recorder. The RAVENNA/AES67 connection on Horus and Hapi allows for full remote control of all parameters including the ability to switch individual channels to Mic or Line. Phantom power switching, phase reversal, and low cut filters can be enabled from the control room or locally from the front panel of the unit. 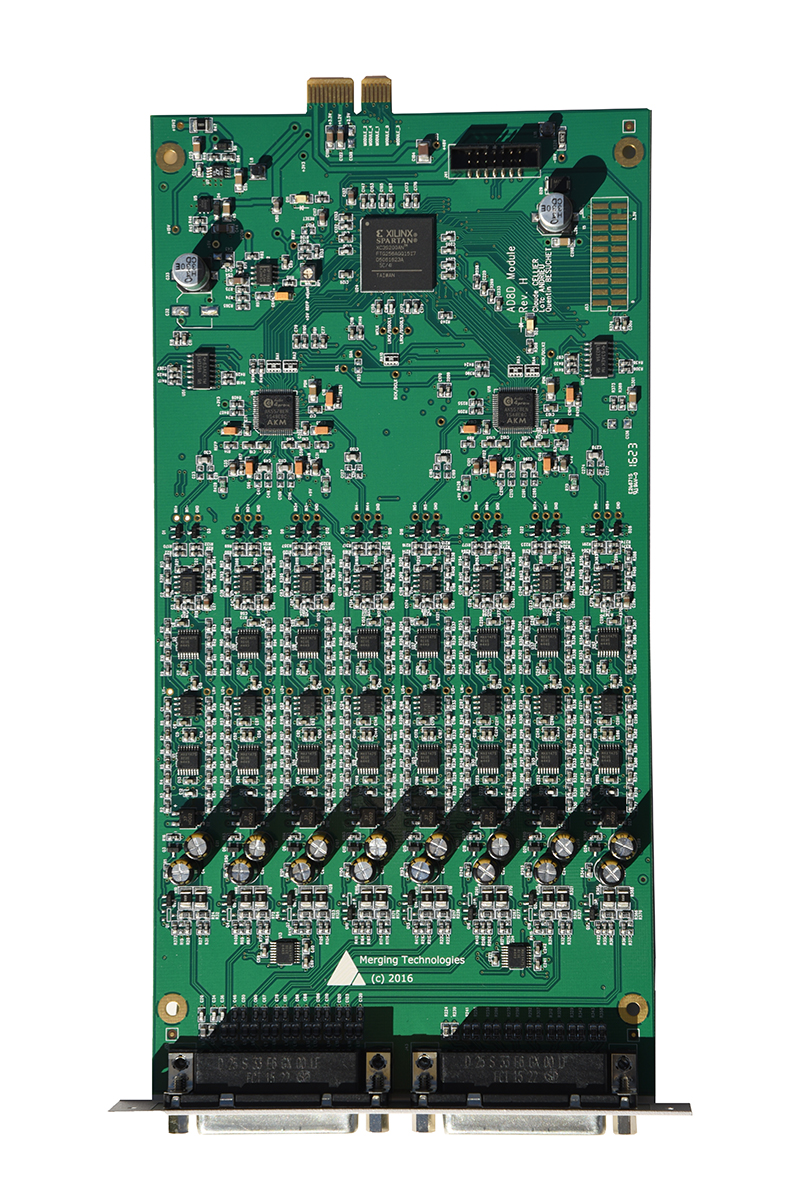 Merging’s team of engineers has redesigned these circuits using the latest components and achieving remarkable transparency and performance. A dynamic range of better than 120dB is easily achieved. The input stage now features the ability to select the optimal impedance for condenser or dynamic microphones and this can also be done on a per-channel basis. In order to improve any leakage induced noise from the phantom power during warm-up, lower value, higher voltage high grade electrolytic capacitors have been used. Particular care has been taken to minimize any DC offset to the inputs of the A/D converter. This improvement to the DC servo loop guarantees that the offset is under 1mV over the whole gain range up to a maximum of 66dB.

Analog detection that is a feature of the ADA8 cards is now incorporated to ensure that gains are switched near to zero. Both these features combine to suppress any clicks caused by switching the gain settings. Another remarkable feature of the Merging Audio Interfaces is the low power consumption. The new components reduce that further by saving over 2 Watts per board which could be as much as 12 Watts on a fully loaded Horus.

Merging’s President, Claude Cellier heads up the hardware design team and had this to say; “We were always proud of what we achieved with the original AD8D series but the new AKD8D has unprecedented specifications both in terms of precision and neutrality. We know this is the cleanest mic preamplifier and the most discriminating converter we have ever designed. One of our challenges these days is that these specs are starting to exceed those of the test gear so we rely on our users to tell us how good they really are. We are confident that our usual selection of Grammy winners are going to give us the thumbs up.”
www.merging.com
related items