Merging Technologies is the world’s leading manufacturer of high-resolution digital audio recording and editing systems including products that process PCM formats up to 24-bit/384 kHz and DSD up to DSD256. Merging Technologies systems are used by top recording engineers around the world whose achievements are consistently recognized at the prestigious annual music industry Grammy awards. The bulk of the DSD downloads now available on the numerous specialist websites were recorded on Merging Technologies’ systems.

With this background, it’s no surprise that Merging would also leverage its technology and impeccable market reputation - its professional D/A converters have received praise from leading recording engineers - to create something that would appeal also to the high-end audio crowd, especially in a moment when the industry is racing to find the best approach to deliver high-resolution audio to the consumer.

NADAC stands for Network Attached DAC, and will be delivered in two different versions, stereo and eight-channels. Both variants have 0.25” and mini-jack headphone outputs and the monitoring-grade headphone outputs can be configured to carry a different signal to the main output. According to Merging, the system uses the same professional D/A converter technology from its most recent audio interfaces and is built to the same exacting standards.

Many of the recording companies using Merging’s professional products are in the forefront of providing a large catalogue of true high-resolution audio downloads. These are typically in DSD or DXD and many of them will feature the multichannel DSD files previously used for SACD releases. As the company reveals, “Merging is forming a dynamic partnership with a growing number of these content providers, to jointly promote the benefits of the listening to the music as the artists intended. Special deals for NADAC purchasers will be announced as they are made available.”

NADAC covers PCM formats up to 24-bit/384kHz and DSD up to DSD256. It has AES/EBU and SPDIF digital inputs for use with CD players, CD transports or other devices up to 192kHz. An Ethernet interface is provided for use with computer based digital audio systems for carrying through ASIO on Windows and CoreAudio with DoP on MacOS, in resolutions up to 384kHz, DXD and DSD256. This uses the RAVENNA protocol that Merging Technologies helped to develop for high sampling rate applications and allows very robust and accurate transfer of the digital audio data from the computer to NADAC.

The data is stored in a large buffer memory in the NADAC and then clocked out by the unit’s precision internal clock. This and the RAVENNA protocol’s ultra-stable Precision Time Protocol (IEEE 1588) eliminates the cable and jitter related problems associated with conventional digital audio interfaces.

The NADAC’s line outputs are driven by an ESS9008S SABRE Reference Audio D/A IC. This IC has eight separate D/A converters and in the stereo version of the NADAC, each channel uses four D/A converters with the outputs summed in order to provide improved linearity, greater dynamic range and a lower noise floor. The eight-channel version of the NADAC may also be switched to work as a stereo unit, with the converters configured in the same way.

The NADAC has balanced and unbalanced line outputs; two headphone outputs; a digital volume control and any smart device with a web browser can serve as a remote control.

“Careful circuit layout and component selection, refined by many hours of listening tests has enabled the highest level of performance from this configuration. This is backed up by results that the test gear can barely measure. The headphone output uses the same type of converter IC configured similarly.” adds the company.

Merging Technologies
Merging Technologies was founded in 1990 in Chexbres, Switzerland, by Claude Cellier. Prior to this, Claude worked for the famous Swiss audio maker Nagra Kudelski for 10 years, where he played a key role in the design and development of several major products, most notable of which was the Nagra T analog tape machine. As a consequence, Merging Technologies has considerable analog and digital audio design expertise.

Within a short time of its founding, Merging Technologies established a high reputation for their expertise in digital signal processing and associated hardware, and with their Pyramix Virtual Studio, was one of the first companies to produce a DSD recording system. The DXD format, (Digital eXtreme Definition) which works at 352.8 kHz/24-bit, was developed by Merging Technologies in collaboration with Philips, to overcome the challenges in editing and mastering DSD for SACD.

Claude also invented and developed a patented lossless real-time coding compression technology (working together with the Institute of Technology at Lausanne), which is still considered as a landmark in the field of lossless audio compression.

More recently he was active in the design and architecture of the RAVENNA/AES67 Audio-over-IP Networked Audio A/D and D/A converters. At the time of writing, there are over 1,000 pieces of Merging Technologies’ network enabled equipment in daily use by audio professionals worldwide. 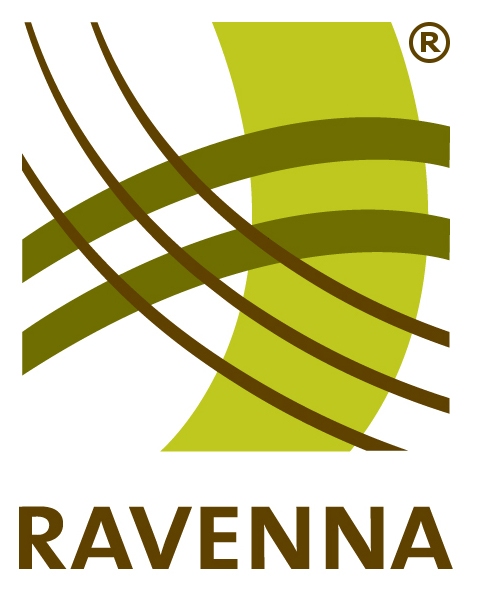 About the RAVENNA protocol and the NADAC
Ethernet comprises two major components: the physical interface i.e. the cabling and associated hardware and the protocol that manages how data is moved around the network. The RAVENNA network protocol allows for the accurate and stable transfer of very large amounts of digital audio data on an Ethernet network.  On their professional recording systems it allows the transfer of up to 48 channels of DSD256 on a single Ethernet cable. When the NADAC is connected to a standard computer based digital audio source and a stereo DSD stream is being received, just over 1% of the network’s capacity is being used, so it is hardly being stressed at all.

Using a utility that is installed on the computer, the NADAC controls the rate at which the digital audio data is sent.  Rather than being sent as a continuous stream, as is the case with standard digital audio interfaces, the data is sent in packets, which contain extra data that allows the NADAC to detect if there are any errors. The data is then clocked out of this memory using a high precision clock built into the NADAC.  This guarantees a very high level of data integrity, which is obviously essential in a professional recording system, where there may be only one chance to capture a performance. It also eliminates the cable and jitter related problems associated with conventional digital audio interfaces, something that has been a holy grail for audiophiles.

Another advantage of using Ethernet is that it allows several NADACs to be connected to a common music server computer, each receiving a different music data stream, so as well as offering excellent performance in conventional stand-alone two-channel system; the NADAC is ideal for use in sophisticated networked audio systems. In a complex system with multiple D/A converters and possibly other network devices, ensuring data integrity can be a challenge, but the RAVENNA protocol’s extremely powerful data management capability ensures that this is carried out very efficiently, thereby ensuring consistently excellent sound quality.

A further advantage of the Ethernet interface is that it allows long cables to be used: typically up to 100m. Thus the music server or computer may be located remotely, so that any noise it generates does not disturb the listener and the NADAC located close to the power amplifiers so that the analog cable lengths may be minimized for the best sound quality.