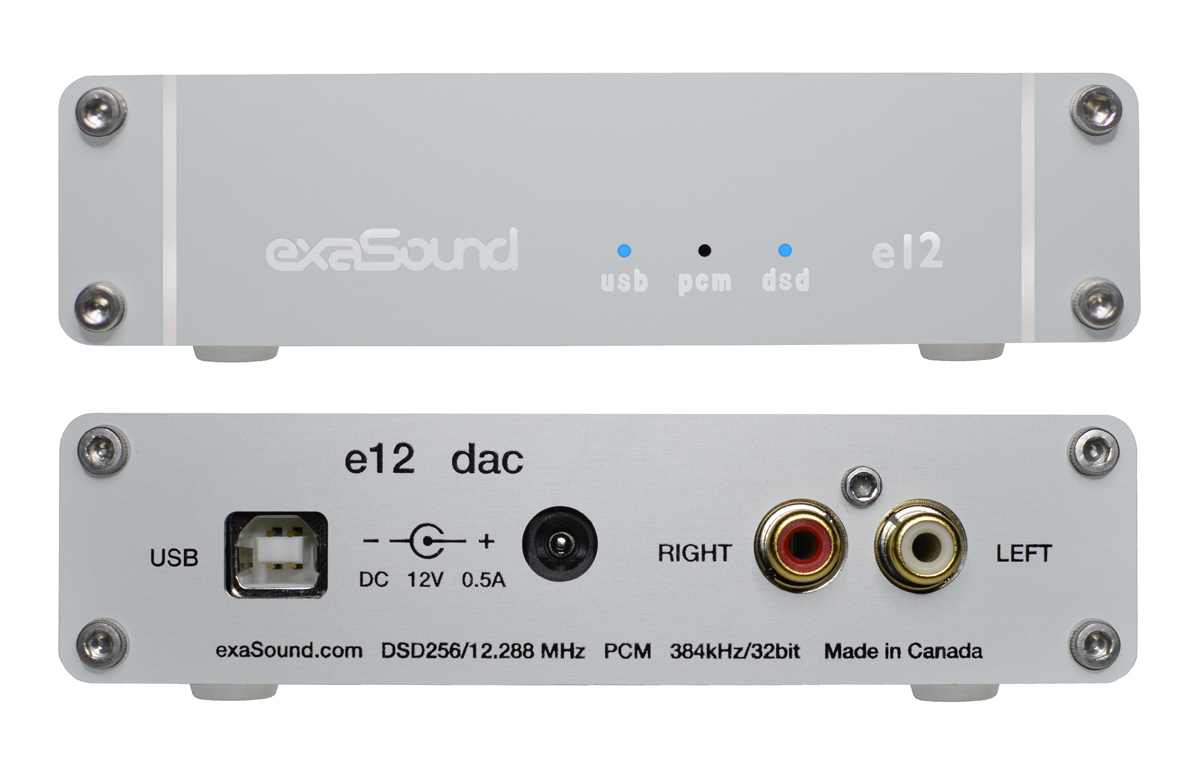 Based on ESS Technology’s premium ES9018S SABRE32 Reference integrated digital–to–analog converter (DAC), the e12 is a small form factor component formulated to address the explosion of file–based HRA or high resolution audio playback in the home. The 8 channel, 32 bit ES9018 is configured in the e12 as a stereo converter, with four internal DAC channels per left/right side. By utilizing the channels in a parallel topology, conversion monotonicity is improved and noise is reduced.

The e12 was created to natively support DSD64 (1x), DSD128 (2x) and DSD256 (4x), along with a maximum PCM sampling rate of 384 kHz at 32 bits. Native support for DXD master files at 352.8 kHz or 8 times the Compact Disc standard, is also included. Though able to handle all contemporary high resolution formats, exceptional results are also obtained when the e12 is used with “Red Book,” CD–quality files.

As with all products in the exaSound family, the e12 is designed for modern, computer playback applications. These apps strive for high fidelity by automatically commanding a DAC to switch sample rate based on each song’s individual data, insuring “bit–perfect” exacting playback for any audio file. The native high sampling rate support also accommodates software up–sampling to 384 kHz or DSD256, for a more euphonious presentation.

Custom ASIO drivers, developed in–house for highest performance, offer complete control of the e12 from Windows or Mac OS. New software features in the driver include auto–power down, and a maximum volume limiter. The limiter allows the e12 to directly drive a power amplifier while protecting loudspeakers from damaging overloads. 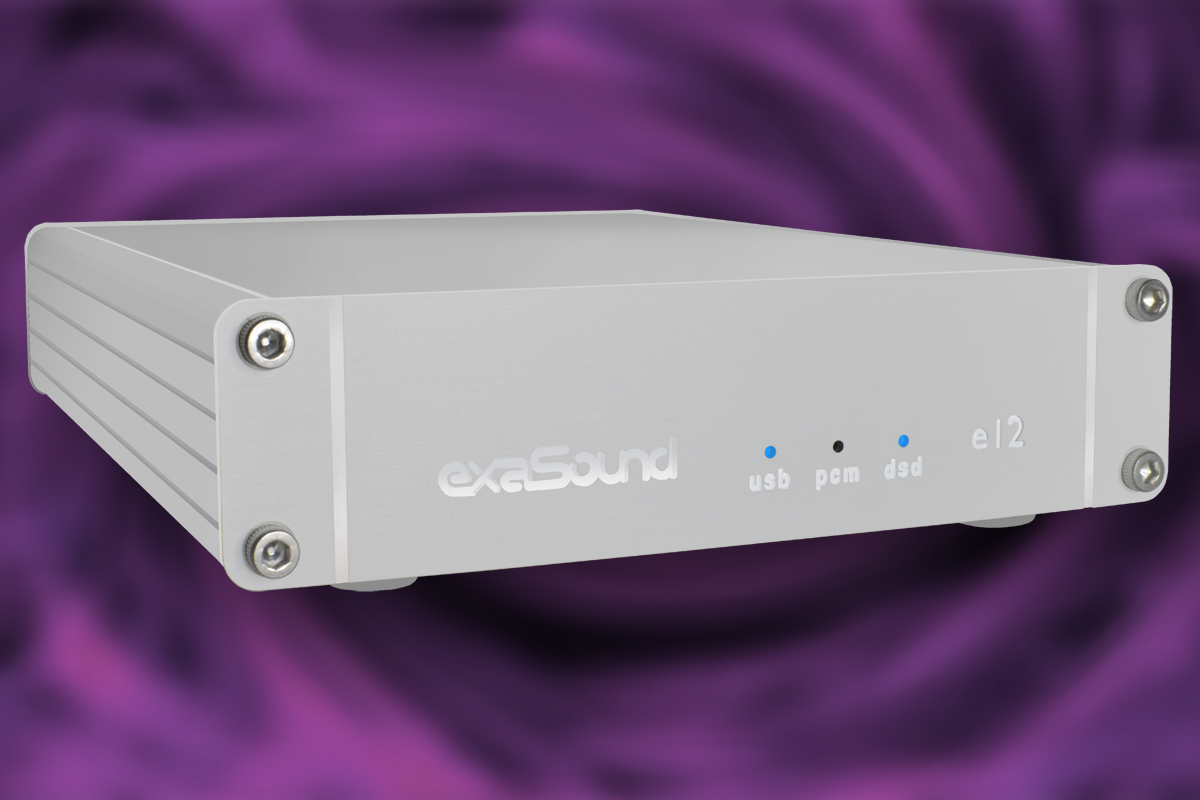 Company president George Klissarov and his design team fought to maintain the same great sound of their acclaimed e22 within a smaller and more affordable design. “By eliminating the display and simplifying the I/O, we have created a new product that can easily stand alongside our champion,” Klissarov said. “We retained all the essential aspects of the e12’s big brother, while significantly reducing the cost of superior and convenient music playback in your home.”

The e12 is available now for US$1999, directly from exaSound’s web site and from select dealers.
exasound.com
related items