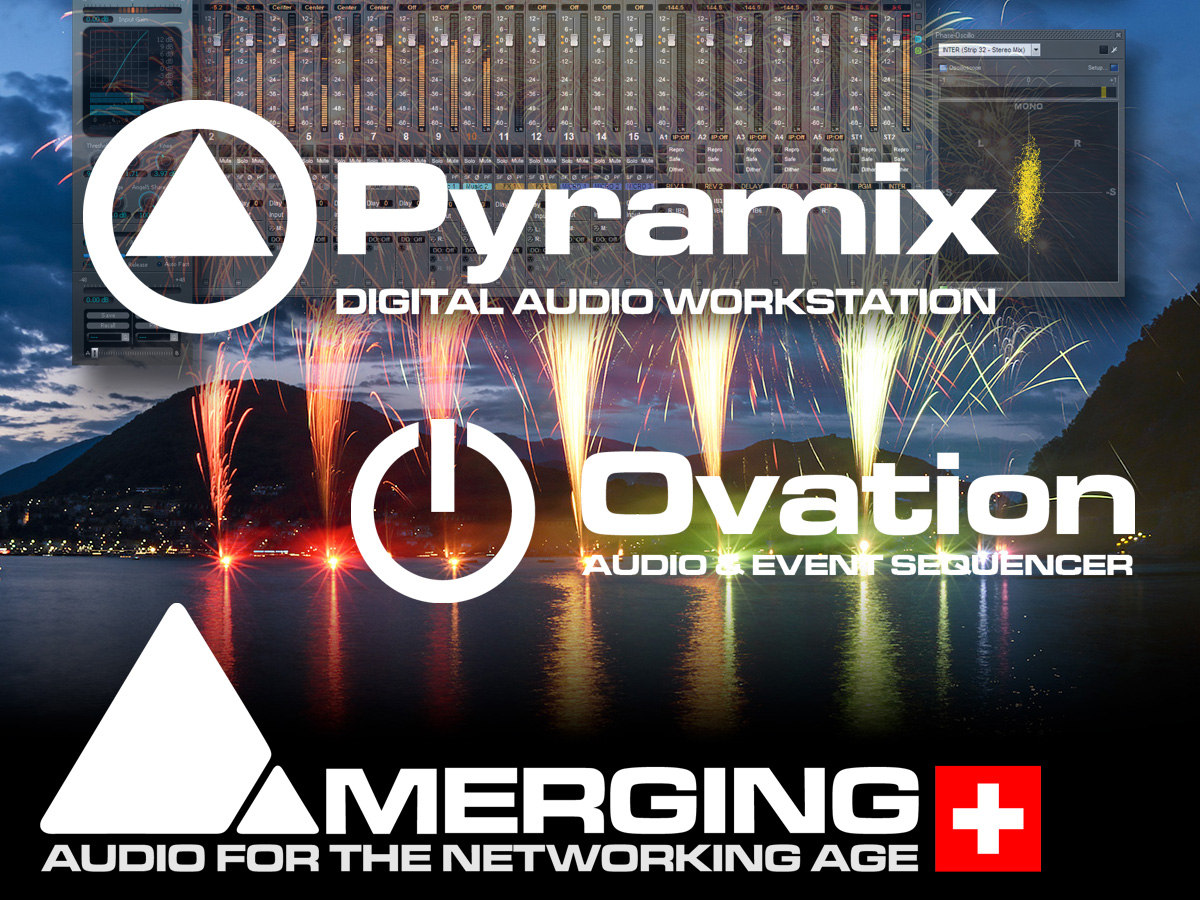 Merging Technologies is a Swiss manufacturer with 30 years of experience in developing extremely advanced professional audio and video products for the entertainment and media industries. With a dedicated user base in the elite end of the music, film, television, mastering and performances industries, Merging also continues to develop product ranges for extreme high end audio, studio and audio production, as well as complete show orchestration solutions, mixing, video, audio and multimedia.

All Merging's products support Ravenna technology (fully AES67 and ST2110 compatible) for real-time distribution of audio and other media content in IP-based network environments. Ravenna is also the first and only Layer-3 based IP audio protocol with full support for high-channel count DXD and DSD signals.

Even though celebrations for Merging's 30th Anniversary have been muted by the global pandemic, nothing could stop major enhancements to the company’s software platforms. The mere fact that Pyramix has remained at the top of the quality tree for DAWs for this length of time is an achievement in itself. This might have been Pyramix 13 but Merging decided that 2020 was bad enough as it is, and conveniently opted to call it "25th Anniversary Edition" instead. And in order not to overshadow Ovation, one of Merging's most unique products and considered one of the entertainment industry's best kept secrets, Merging also confirmed the release of Ovation 9. The new software update brings a number of highly significant changes that make this product more accessible and dramatically improves the immersive audio options for live events. 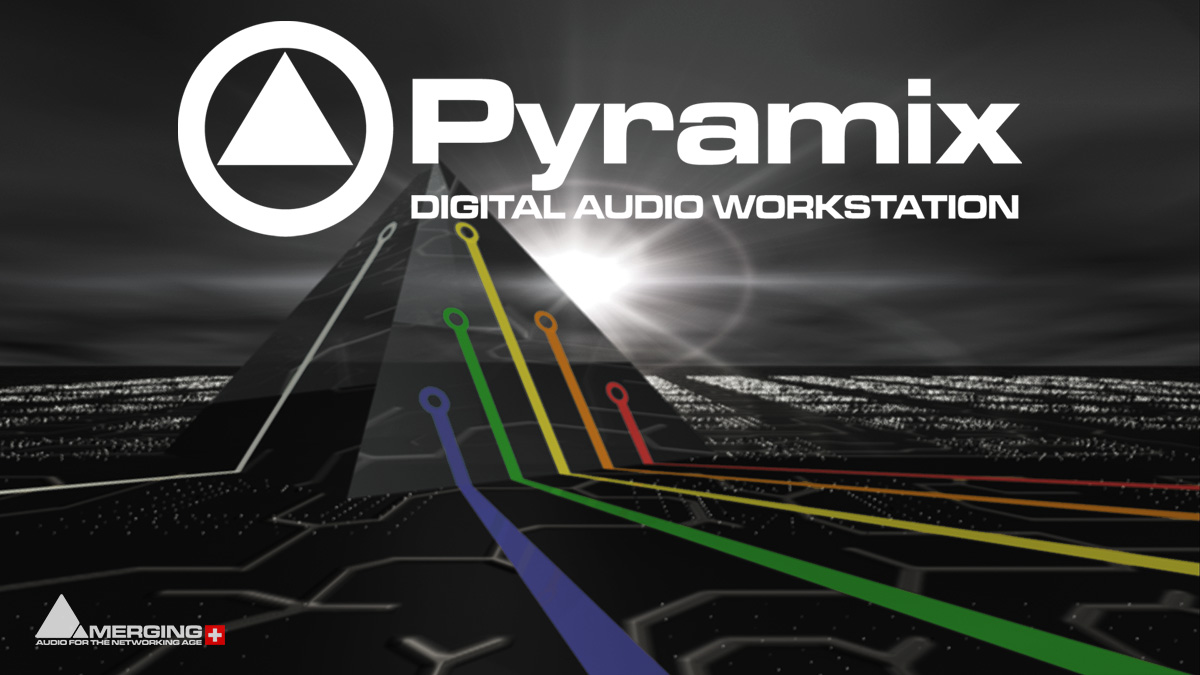 Pyramix 25th Anniversary Edition
The really big news for Pyramix is the inclusion of a Dolby Atmos workflow in response to the increasing demand for immersive music mixes to be released in this format. Pyramix 25th allows users to create natively in Dolby Atmos without the need to move to an alternative platform. This means that the many users that have been asked to provide immersive content can dramatically simplify and speed up the process of delivering the final master. "Many Merging customers have been pioneers in producing wonderful immersive music and simplifying the process of delivery and increasing the diversity of content will be a huge bonus to music lovers worldwide," states the company.

Merging Technologies has worked closely with Dolby to not only have full communication between Pyramix and the Dolby Atmos Renderer, but also to bridge the gap between the Dolby Atmos 7.1.2 maximum bed size and the traditionally bigger bus sizes used by some Pyramix users. By detecting when a user is mapping the bus-based channel to an object, Pyramix sends the correct metadata to the Dolby Atmos Renderer, to emulate a speaker. This is particularly relevant for users wanting to translate native mixes using more than two height channels (5.1.4, 7.1.4) and/or using wide speakers (9.1.4, 9.1.6).

And in a move to make the software packs simpler to understand and more cost effective, Pyramix software now comes in only three versions with dramatically reduced prices. Pyramix ELEMENTS is the cheapest version allowing creators to experience the transparency of the DAW and enjoy DSD/DXD format. Pyramix PRO is for those users who rely on Pyramix for editing and require more channels of DSD/DXD. And finally, Pyramix PREMIUM is the version containing all features allowing 24 channels of DSD/DXD and featuring all the mastering options that Pyramix is famous for, including Dolby Atmos compatibility.

Adding the MassCore Hardware option to any software version adds ultra-low latency, maximum track count (64 I/O DSD/DXD) and massive performance from VS3 plugins from leading vendors like Cedar and Flux.

But there is also Pyramix Free, a tempting entry level for the world of audio recording and editing. There is only a string attached; users need to have purchased a Merging Hardware product after September 1 2020 and registered it on the website. After that, users can then get the choice of Pyramix or Ovation Elements in a full version and fully capable of DSD and DXD recording. Those not buying even an Anubis interface - the most affordable and versatile hardware offered by Merging - can still purchase either program for a nominal amount and experience the best of high-resolution audio.

Something that will affect all 25th software releases is a new security system. With laptops being stripped of USB ports and software deployment requiring lightning speed, Merging has implemented a new security system allowing users to authorize their software without any hardware dongle. This system works online and offline and should users still prefer to use hardware dongles, the choice remains available. This also means that it will now be easier than ever to download a trial of Pyramix.

Pyramix Software Improvements
The 25th Anniversary Edition of Pyramix also introduces major improvements, particularly for the native user. For a long time, users looking for maximum performances required MassCore hardware. Now, Pyramix expands support for multi-threading, so users will benefit from a huge performance improvement. The audio engine analyses the session in real time and calculates the optimal number of threads to be used. For the power user, MassCore remains the go to option for maximum I/O, lowest latencies and tons of power for VS3 processing. Significant improvements have also been made to VST/VS3 plugins' distribution, video playback, SRC performance along with some mixer enhancements.

"When we launched Pyramix all those years ago, only in my wildest dreams would we be still doing such amazing productions with Pyramix. Only in my wildest nightmares would we be introducing such a major release in the middle of a global pandemic. The fact that most of the engineering team continues to work from home is a testament to their extraordinary commitment in such difficult circumstances. Our exciting relationship with Dolby in enhancing our immersive offering has also been cemented remotely since there have been no trade shows to meet face to face. It looks like that will not be changing anytime soon," Claude Cellier, President of Merging Technologies, reflects on the strangeness of the situation. 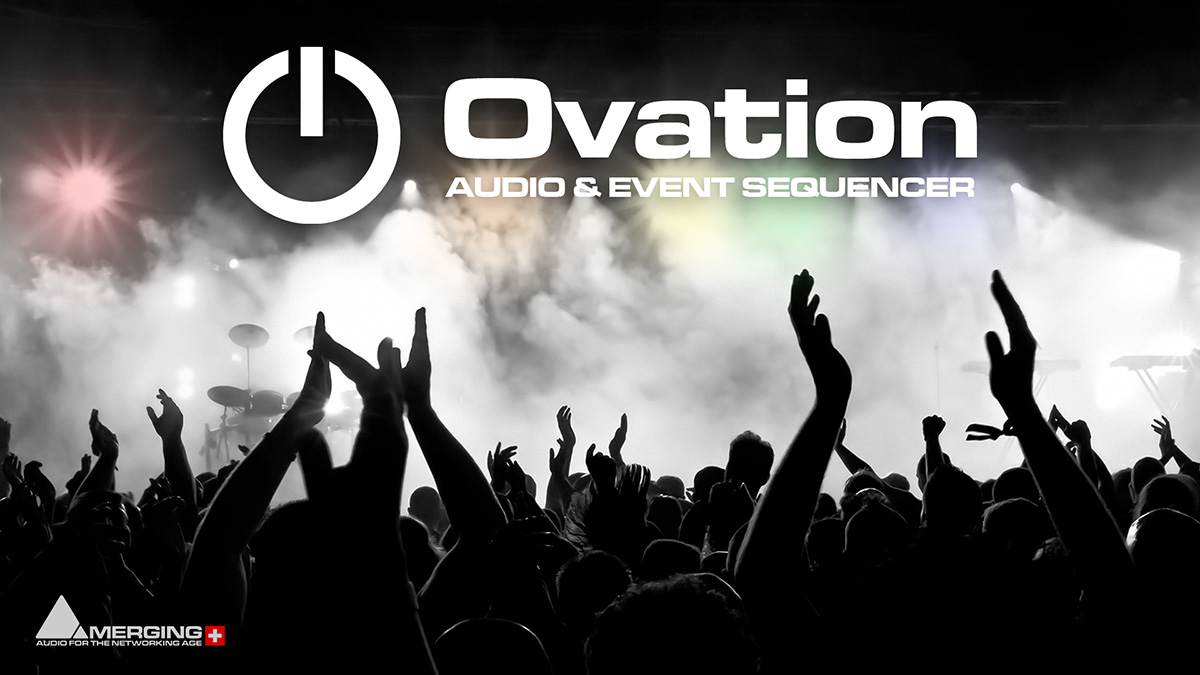 Spatial audio engines typically work by sending separate elements to a processor (the renderer) that will “render” all elements into a custom speaker set. This has the benefit of giving full freedom to the show designer to work with any mixture of objects (audio + metadata), bus based audio (stereo, 5.1, 7.1, 22.2, etc...), and scene based audio (Ambisonic, for example).

Ovation 9 is capable of generating and receiving OSC commands from anywhere, while the Dolby Atmos integration for the production of immersive music is available to Ovation users should they wish to create a live show in this format. This allows for direct connection with HE-RMU to transfer audio and metadata with the Dolby Atmos Mastering Suite, is fully compatible with the Dolby Atmos Production Suite renderer, and offers extremely flexible mixing options. Bed and Objects can be optimized in Pyramix to manage different speaker set configurations.

In a move to make the software packs simpler to understand and more cost effective, Ovation is also now available with the new authorization system, like Pyramix, and in three distinct software packs which can run in native mode or on the company's own MassCore audio engine. Aimed at a variety of different applications and budgets, like Pyramix, Ovation is now available in a basic ELEMENTS package, perfect for use in small theaters and simple corporate AV events, Ovation PRO for applications where show control, automation and integration with other devices is necessary - ideal tool for professional show designers and broadcasters. 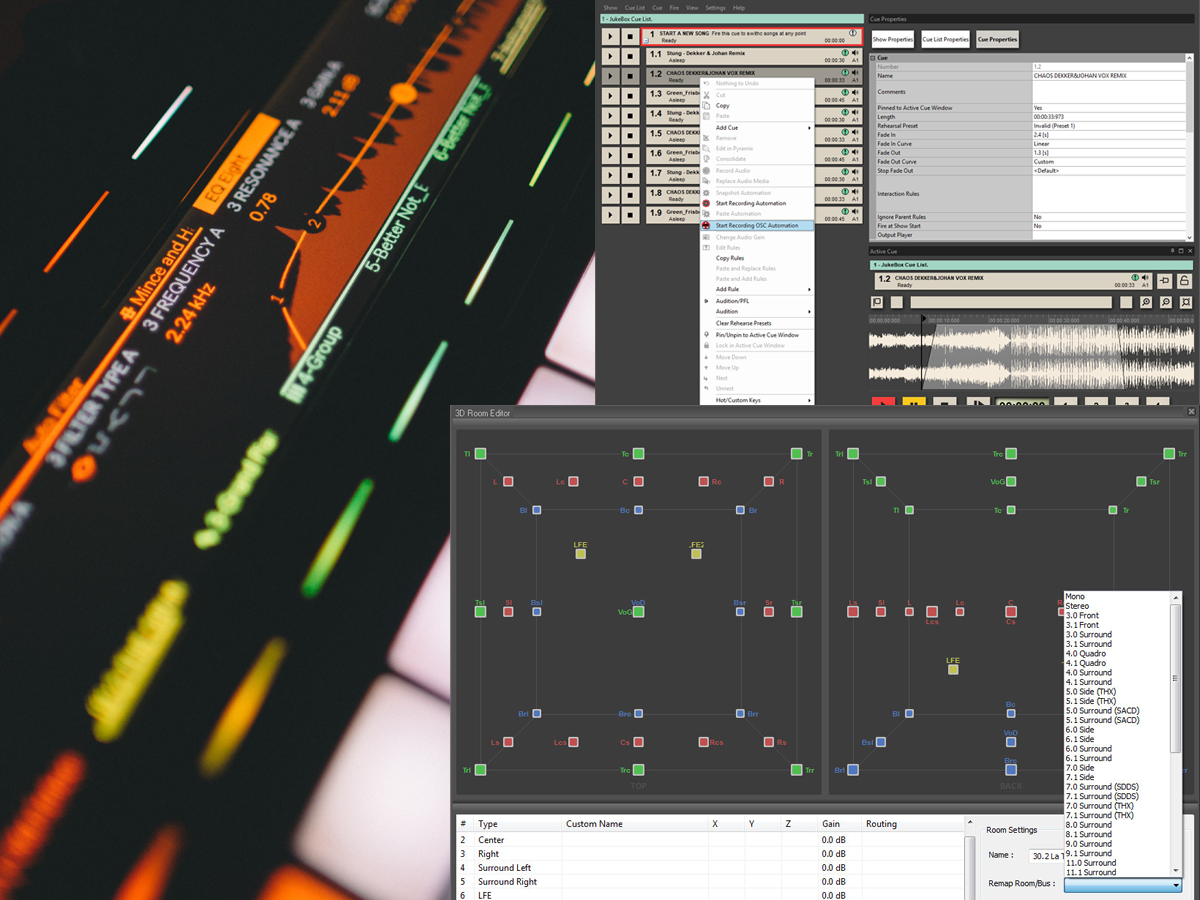 The ultimate Ovation pack, Ovation PREMIUM features the whole experience, supporting the boom of immersive shows and the adoption of new spatial rendering engines, also supporting video projections synchronized with Dataton Watchout and Ross Video systems. And like Pyramix, all Ovation packages are now based on a multi-threading architecture, so Native users will benefit from a huge performance improvement.

"Ovation has been top of the multichannel and immersive tree for some time and we felt this a good moment to make it more accessible for people to give it a try. A truly painless entry level, put it at reach of any small theatre or venue. Even though live events have been the hardest hit by the pandemic, it has been great to see that some customers are gearing up for more normal times," comments Dominique Brulhart, Merging’s software supremo.
www.merging.com
related items