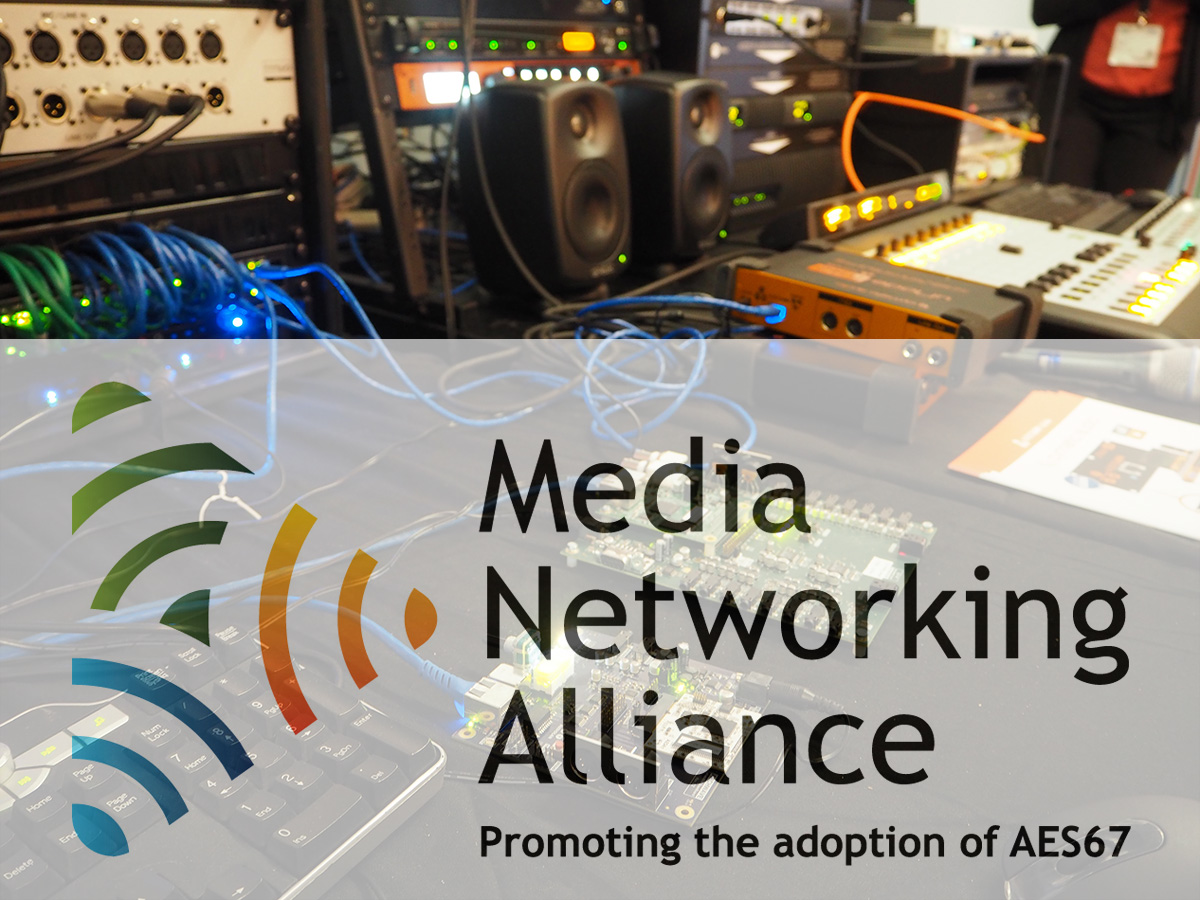 The Media Networking Alliance (MNA) – the professional industry alliance established to promote awareness and uptake of the high-performance AES67 audio interoperability standard — will be conducting live AES67 demonstrations at IBC 2016, September 8–12, at RAI Amsterdam, in hall 8, booth C94 (8.C94). Those demonstrations will happen very close to the IBC IP Interoperability Zone, presented for the first time this year with the cooperation of The Alliance for IP Media Solutions (AIMS) and the IABM trade association. The zone brings to life the work of the JT-NM (the Joint Task Force on Networked Media: a combined initiative of AMWA, EBU, SMPTE and VSF) and the AES on a common roadmap for IP interoperability.

AES67 is a standard that enables high-performance audio-over-IP streaming interoperability between the various IP-based audio networking products currently available, based on existing implementations such as Dante, Livewire, Q-LAN and RAVENNA. It is not a new technology but a bridging compliance mode common to all IP-Networks; a mode you can put an AES67 compliant device into, on any participating network. AES67 operates over standard layer 3 Ethernet networks and as such, is routable and fully scalable, like any common modern IT network. 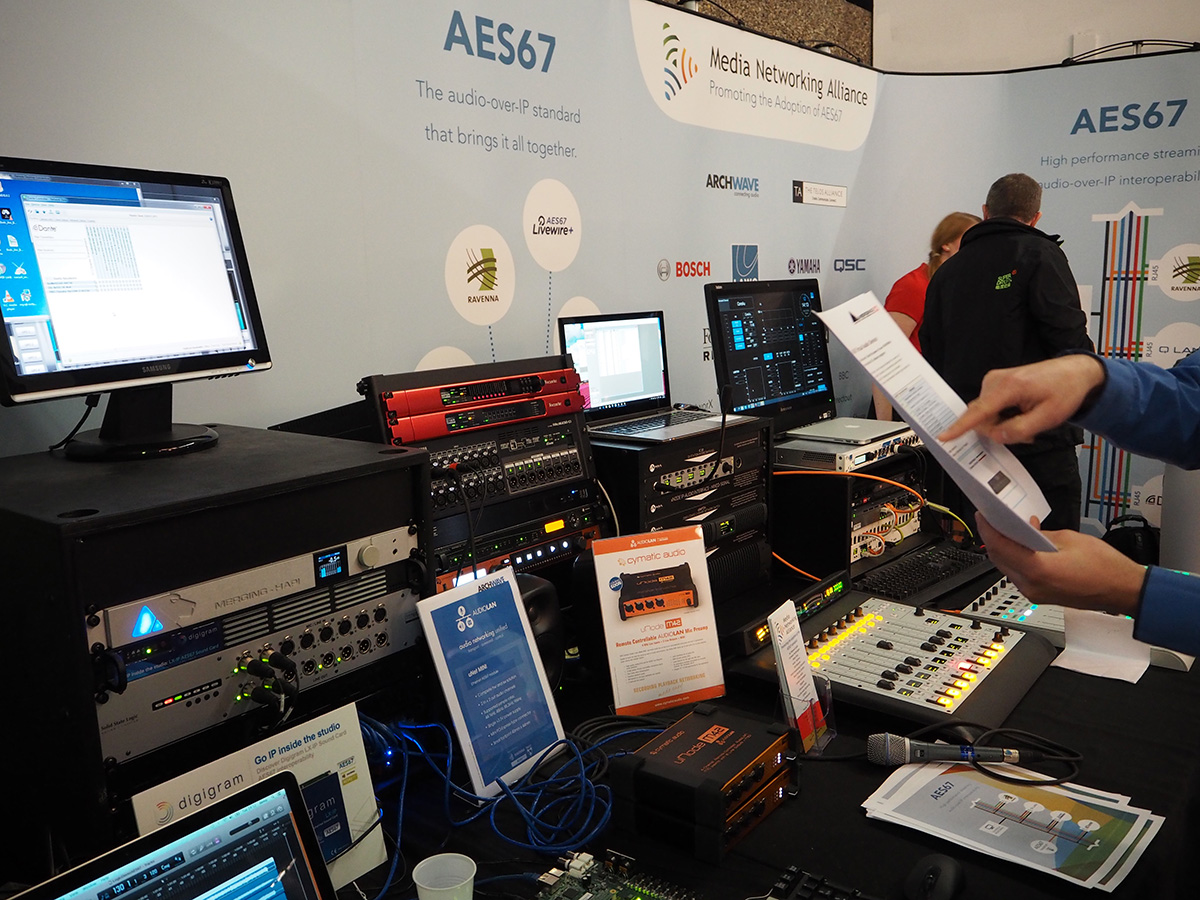 MNA’s demo on booth 8.C94 will be an expanded live AES67 demonstration highlighting AES67 interoperability between networked components operating with Livewire, RAVENNA, and Dante AoIP transports, previously only operable independently of one another.

“AES67 adoption is spreading and we expect to see more manufacturers demonstrating interoperability via AES67 on their stands at IBC than ever before,” says Marty Sacks, founding member of MNA and VP of Sales, Support and Marketing at The Telos Alliance. “This is an exciting time for the industry as this high-performance professional digital IP networking standard gains momentum in both broadcasting and pro sound.”

AES67 on the IBC 2016 show floor
Aside from the AES67 demo in the MNA booth, MNA members will be conducting their own AES67 demos at IBC, giving show goers multiple opportunities to see the interoperability standard in action, including, among others:

•    Archwave (8.C94 on the MNA booth and 8.F57 on the ALC Networx / RAVENNA booth) will be showcasing its AudioLAN and uNET Module product family for product development, with added and improved networked audio feature sets, including native support for AES67/ AES70/ RAVENNA and Dante interoperability. Of particular interest will be the demonstrations of interoperable solutions with open tunnels for any command exchange, a cross-platform connection manager, and Ethernet + USB + I/O bridging. Archwave’s solutions are aimed at manufacturers of professional audio equipment, musical instruments and CE products, enabling them to combine audio networking, based on open standards such as AES67, with quick time-to-market and rapid deployment.
Archwave will show these new developments based on the uNET Standard development platforms with up to 32 channels, 8x8x8 Ethernet + USB + I/O bridging, 32x32 USB streaming, and 32 channel USB recording / playback capabilities. For lower channel count products, Archwave will show the compact uNET MINI development platform with 2x2 audio channels via network, and 2x2x2 Ethernet + USB + I/O bridging capabilities. 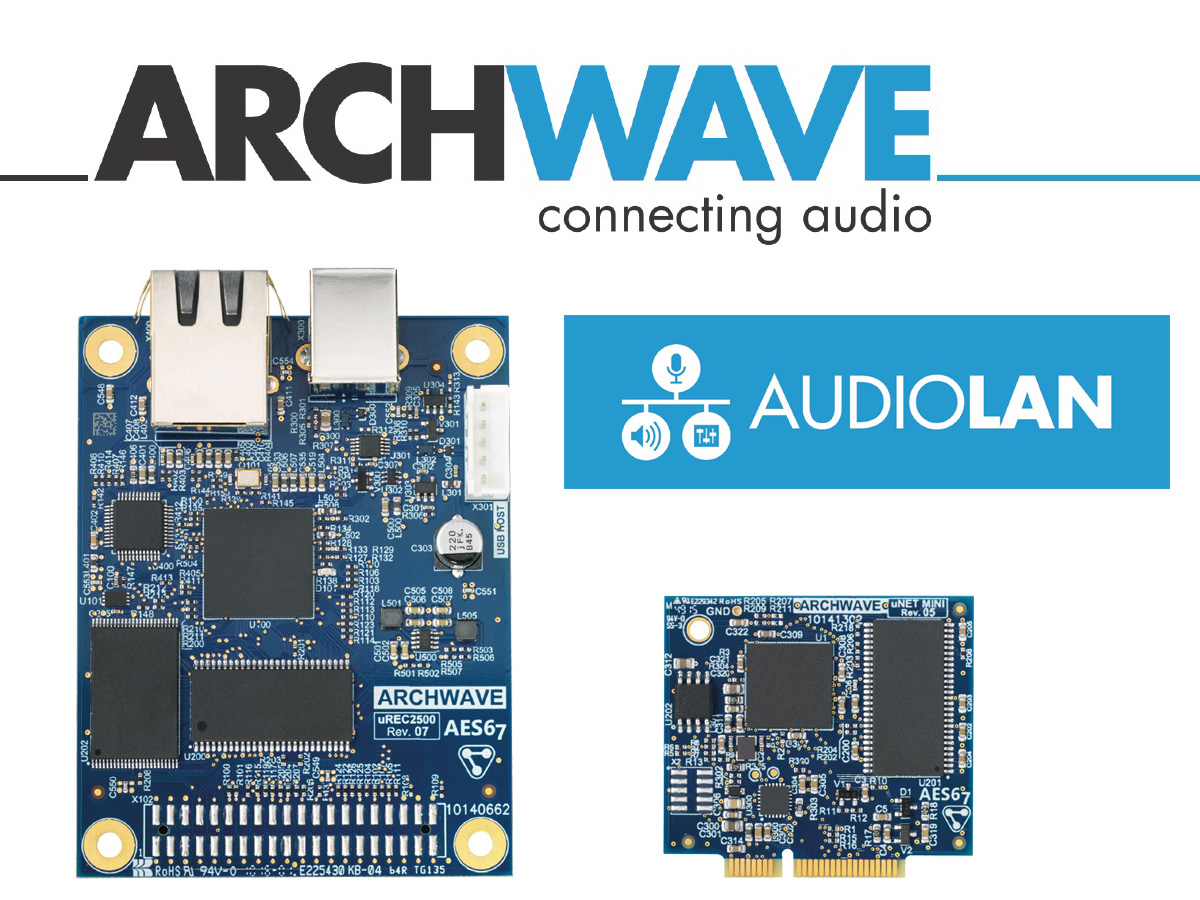 •    Calrec (8.C61s) will showcase a range of networking interfaces, including an AES67/Ravenna interface and a modular I/O Dante card that also has AES67 compatibility. In addition, Calrec will show its AoIP unit, which provides and AES67 connection to and from Calrec audio mixing consoles. This 1U unit contains two independent 1G AES67 interfaces, each capable of transporting 256 audio channels bi-directionally.

•    Merging Technologies (8.E96) will be demonstrating Pyramix and Ovation with its hardware AES67-connected to two Genelec active loudspeakers with direct IP connections.

•    RAVENNA (8.F57) natively incorporates all AES67 ingredients, so any RAVENNA device can communicate with other AES67-enabled devices on the network. The company will also display devices from Lawo, Merging Technologies, Sonifex, Genelec, Riedel, and others, most of which have been used in distributing audio signals in recent major sports and live world events. Click for more information in RAVENNA activities at IBC 2016.

•    Solid State Logic (8.D83) will show AES67 compatibility as part of their Network I/O and System T demos. Just one year on from the preview of System T at IBC 2015 SSL will be demonstrating a fully operational production system at IBC 2016 whilst the first collection of installations are already going on air. SSL will be hosting Audinate as a co-exhibitor at IBC 2016 to highlight the adoption of Dante as the routing and I/O backbone for System T and will show how the AES67 audio transport standard, builds on its system, providing discoverability, and a control and configuration API, providing interoperability. The Dante AoIP network, integrating the AES67 transport standard, offers large-scale routing and remote control of a diverse range of Dante-compatible I/O devices, with scaling provided by additional networking switch capacity - not expensive proprietary routing hardware, making large-scale deployments extremely cost-effective. 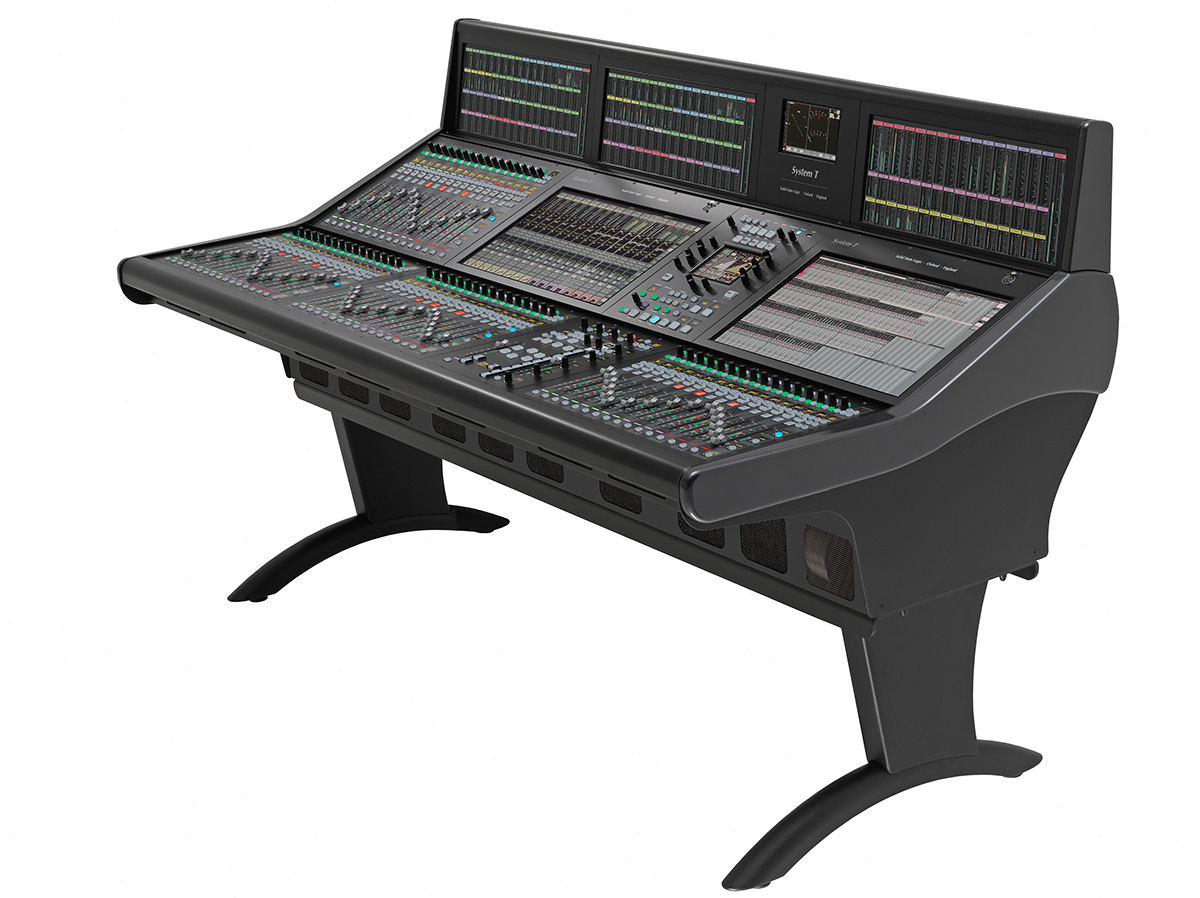 •    The Telos Alliance (8.D47) — charter, supporting members of the X192 Working Group that defined AES67 and founding members of the Media Networking Alliance — will be giving several AES67 demos, along with demos of its Livewire+ (Livewire plus AES67) AoIP protocol, which enables high-reliability, low-delay uncompressed digital audio over Ethernet, including audio, logic, control, and program associated data (PAD). Axia Livewire+ has built-in compliance with the AES67 standard. Telos will introduce its new xNode 'Matrix Mixer' feature at IBC 2016, provided by a free software update that transforms any Axia AES/EBU, Analog, Mixed-Signal, or Microphone xNode into a Matrix Mixer, opening up a variety of new applications. Every xNode not only supports audio stream interoperability, but also enables advertising/discovery of those streams natively, above and beyond AES67. The xNode Matrix Mixer lets users mix physical inputs (like mics and playback devices) with digital network sources (like stream inputs) to a single output. With the xNode Matrix Mixer feature, broadcasters can bypass the studio console during automated dayparts and send on-air mixes straight to the transmitter, thus simplifying audio workflows. This offers the power and flexibility of a big studio mixer switching system in a compact ½ RU device.

•    Yamaha (stand 8.A69) In addition to participating at the Media Networking Alliance booth, Yamaha Commercial Audio will preview an upcoming firmware update for CL and QL series mixing consoles on the Yamaha stand (8.A69). This firmware update will enable AES67 connectivity, which will be demonstrated in a system connected to an I/O device from Lawo.

IBC 2016 attendees are invited to come by the stands listed above, or the Media Networking Alliance stand, to view AES67 demos.