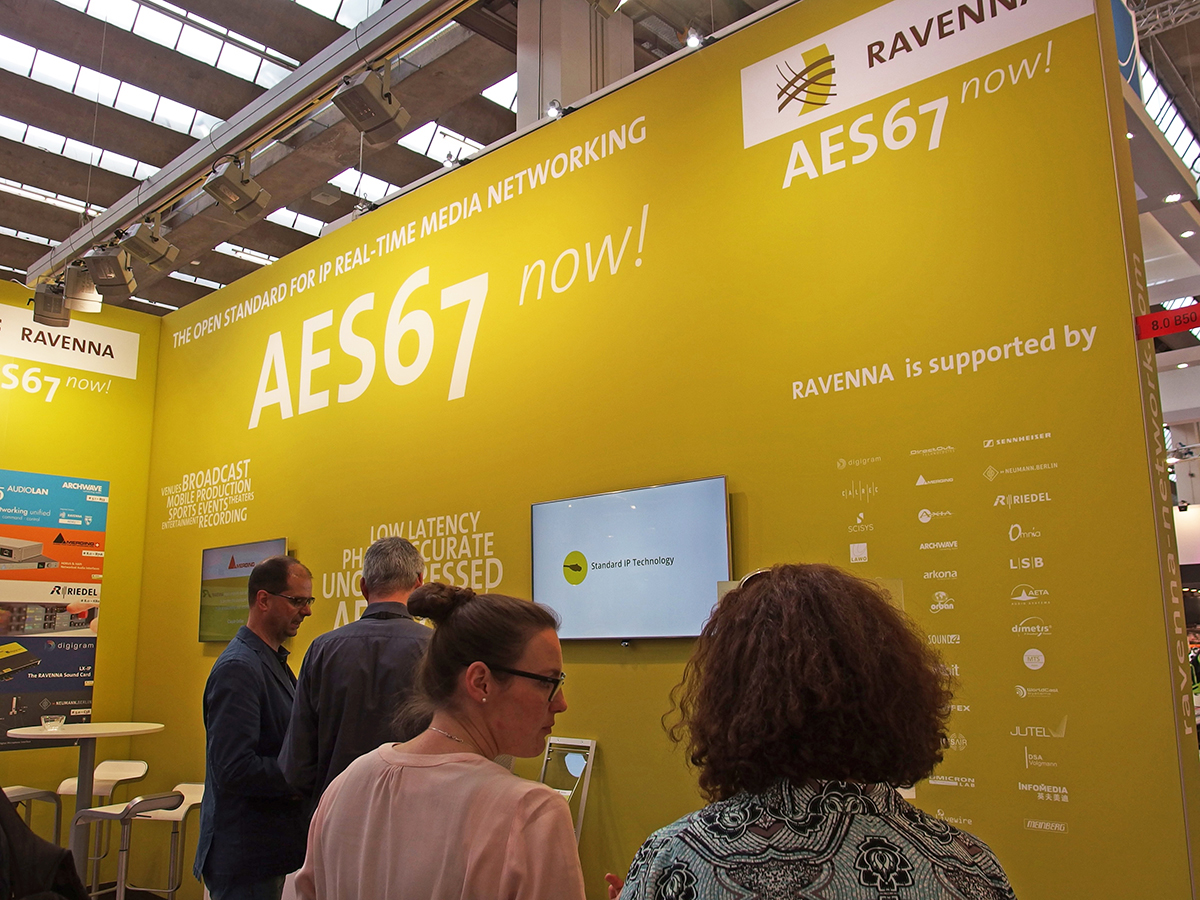 RAVENNA partners have been busy and are gearing up for a hectic IBC 2016 show, introducing a raft of new RAVENNA-enabled products. Like in previous years, most of the audio companies and RAVENNA partners are located in Hall 8, very close to each other, and close to the AIMS IP Interoperability Zone (Hall 8.D10).

From ALC NetworX, the Munich company which coordinates all R&D and RAVENNA specification efforts, there is a new version of the RAVENNA Virtual Sound Card available for download which provides a reworked WebGUI design and enhanced functionality towards AES67. There is also a new software tool to enhance connectivity between RAVENNA-powered AES67 devices and other, non-RAVENNA AES67 gear. While this tool provides immediate benefits by offering browsing and manual data entry options for the required SDP data for AES67 multicast connections, it also offers a very comfortable way to integrate Dante-based AES67 devices into the RAVENNA eco system by providing a translation service between RAVENNA’s Bonjour-based discovery mechanism and the SAP announcement protocol used by Dante devices in AES67 mode. The RAVENNA-2-SAP discovery conversion tool and the RAVENNA Virtual Sound Card are freely downloadable from the RAVENNA website (www.ravenna-network.com/using-ravenna/support/downloads/).

RAVENNA Partner products
Since joining the RAVENNA community in 2012, Sonifex have been working on a range of RAVENNA/AES67-compatible AoIP products. IBC 2016 sees the launch of two new products from Sonifex; the AVN-GMCS PTPv2 Grandmaster Clock with GPS receiver; and the AVN-TB range of AoIP talkback intercoms using RAVENNA/AES67.
www.sonifex.co.uk

German broadcast equipment specialists 2wcom who joined the RAVENNA community in 2015, have announced that their MM01 compact, multi-role solution for AoIP contribution and distribution now supports a number of AoIP standards and technologies including RAVENNA/AES67. This implementation plus additional functionalities enable the 2wcom device to address more sophisticated demands in the AoIP market.
www.2wcom.com

The Telos Alliance has a new product feature to show in the shape of the Axia xNode v2.0 Matrix Mixer firmware extension, which adds a 16x16 Matrix Mixer feature to mix both physical inputs (like microphones) and digital network sources (like stream inputs) to a single output. xNodes not only fully support RAVENNA audio stream interoperability but also enable advertising/discovery of those streams natively, above and beyond AES67.
www.telosalliance.com

Digigram will also introduce its new IQOYA *VIP audio-over-IP (AoIP) software, which provides high-performance encoding, decoding, and streaming capacity for both Windows and Linux applications. Using IQOYA *VIP as a software service, in Windows or Linux environments on physical or virtual instances, ecosystem partners can more quickly create their own live-streaming, processing, and encoding systems. Among the first AoIP software engines to combine full-duplex ACIP capability with real-time audio AES67 connectivity, the new Digigram product enables a variety of value-added use cases ranging from a simple AES67 AoIP virtual sound card to a complex multiformat transcoding farm for headend distribution.

British console manufacturers Calrec will be promoting their RP1 remote production engine that offers a cost-effective alternative to OB trucks. The 2U core with integrated FPGA-based DSP enables the capture of a wide variety of live events such as sports, news or regional music festivals. Thanks to RP1s broad range of AoIP connectivity options including RAVENNA/AES67, Dante and SMPTE2022 as well as traditional analog, AES, MADI and SDI, all the remote I/O resources appear to the main audio mixer like any other local I/O box for low cost, high quality broadcasting from a remote location. Calrec will also be showing four new network interfaces including a RAVENNA/AES67-enabled AoIP to Hydra2 interface.
calrec.com

Jutel will be demonstrating an interesting all-IP radio solution at IBC with their RadioMan system integrated with the HIPman IP control over a RAVENNA/AES67 backbone. The setup also includes Genelec’s 8430 IP speakers which are integrated via RAVENNA/AES67. The system can be controlled with a wireless tablet UI and comprises audio production, playout management as well as virtual mixing and routing.
jutel.fi

Luminex will be showcasing their range of AV switches including the GigaCore 26i gigabit-managed AV switch with high port density which is designed to cope with the most demanding AV installations. Like the rest of the GigaCore family of switches, the 26i can handle most of the industry-standard IP transport protocols including RAVENNA/AES67, Dante, ArtNet and many more.
www.luminex.be 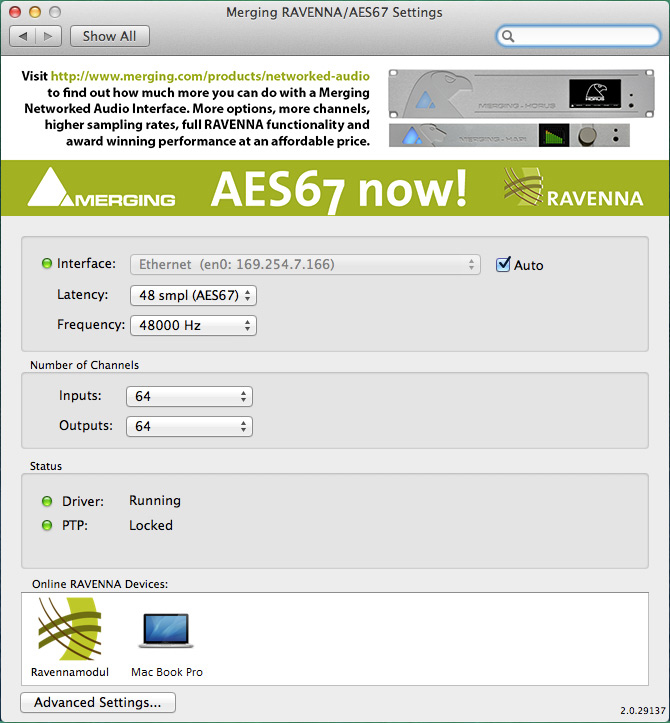 Merging Technologies will of course be showing their ever-popular Hapi and Horus networked audio interfaces combining Swiss-built technology with industry-tested RAVENNA/AES67 connectivity. Hugely versatile thanks to a range of modular I/O options and with mic preamps offering exceptional transparency and headroom, Hapi and Horus can now connect to any DAW thanks to the addition of CoreAudio and ASIO drivers.
www.merging.com

Archwave has added new features to its uNet/AudioLAN family of RAVENNA/AES67 modules. They now include Dante SAP and AES70 control protocol support. For proprietary command protocol support, the modules support an open communication tunnel between network and host platform. Archwave will be present during IBC on the RAVENNA stand at 8.F57.
archwave.net 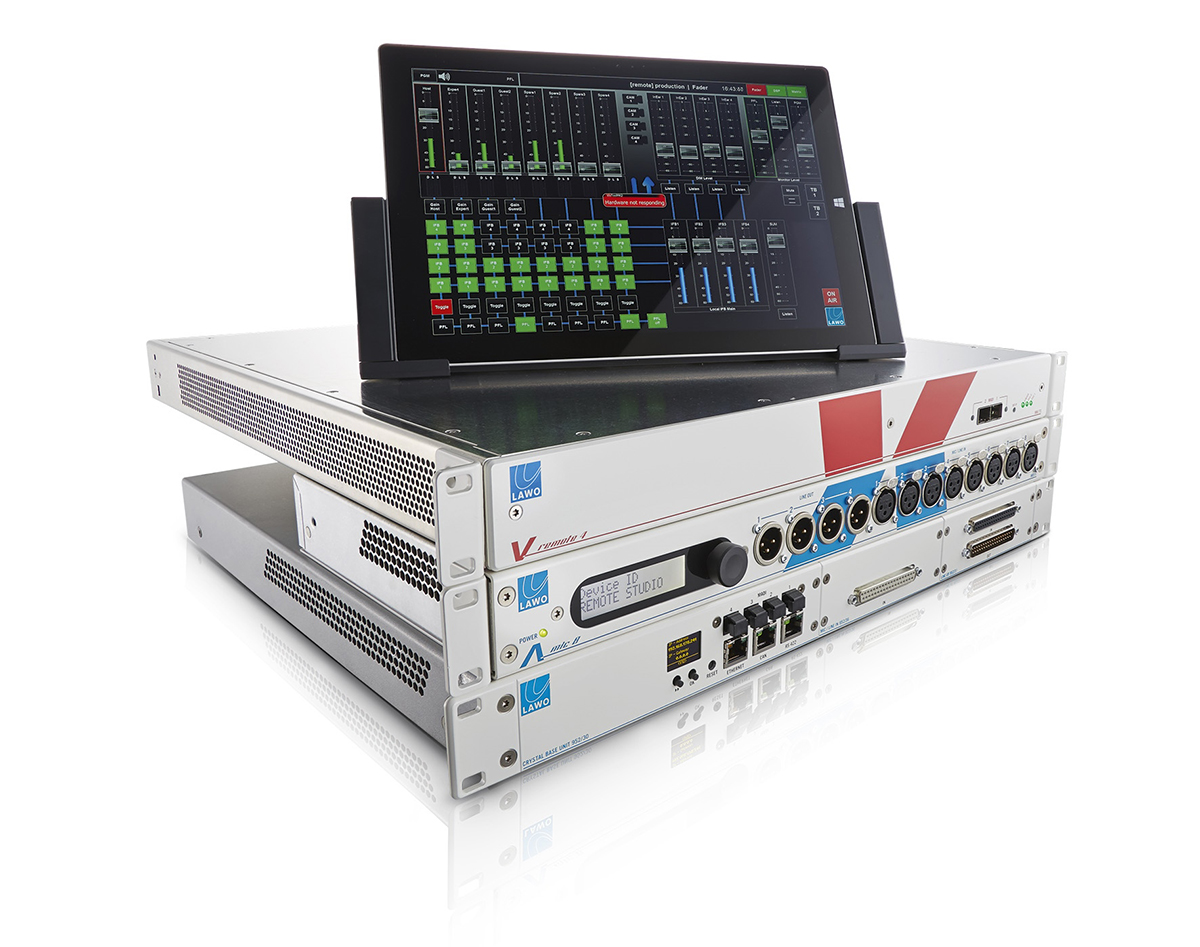 Last, but of course by no means least, Lawo will be showing a full range of their RAVENNA-enabled gear including the Nova range of routing systems, the V_matrix IP-routing and processing platform, A_line analog-to-IP interfaces and much, much more.
www.lawo.com

RAVENNA/AES67
The Media Networking Alliance (MNA) - the professional industry alliance established to promote awareness and uptake of the high-performance AES67 audio interoperability standard - will be conducting live AES67 demonstrations at stand 8.C94. A large number of RAVENNA/AES67 devices from various RAVENNA partners will be part of this demonstration.

RAVENNA’s booth at IBC 2016 reflects the message that this audio transport technology is used in many of the biggest and most important sporting and cultural events in the world.
To find all of the RAVENNA partners at IBC, click on the map below.
www.ravenna-network.com 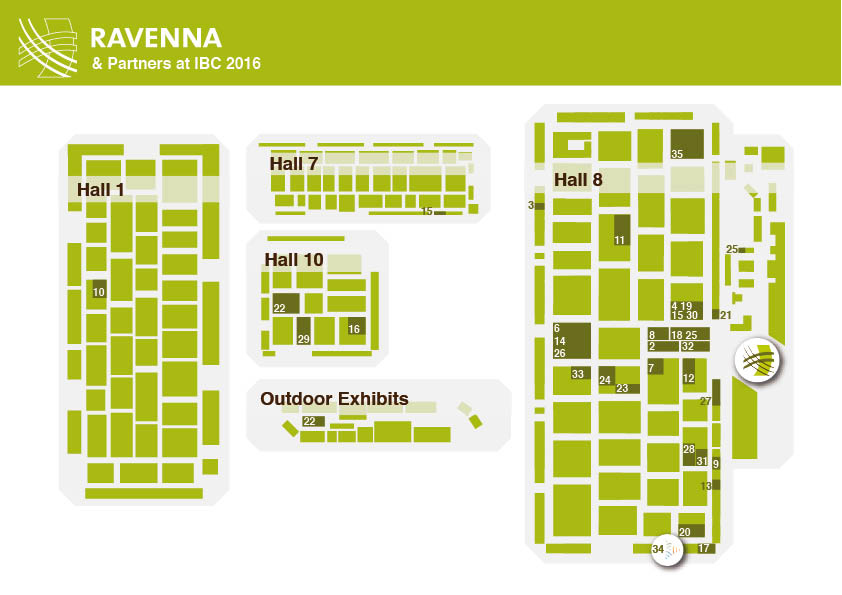