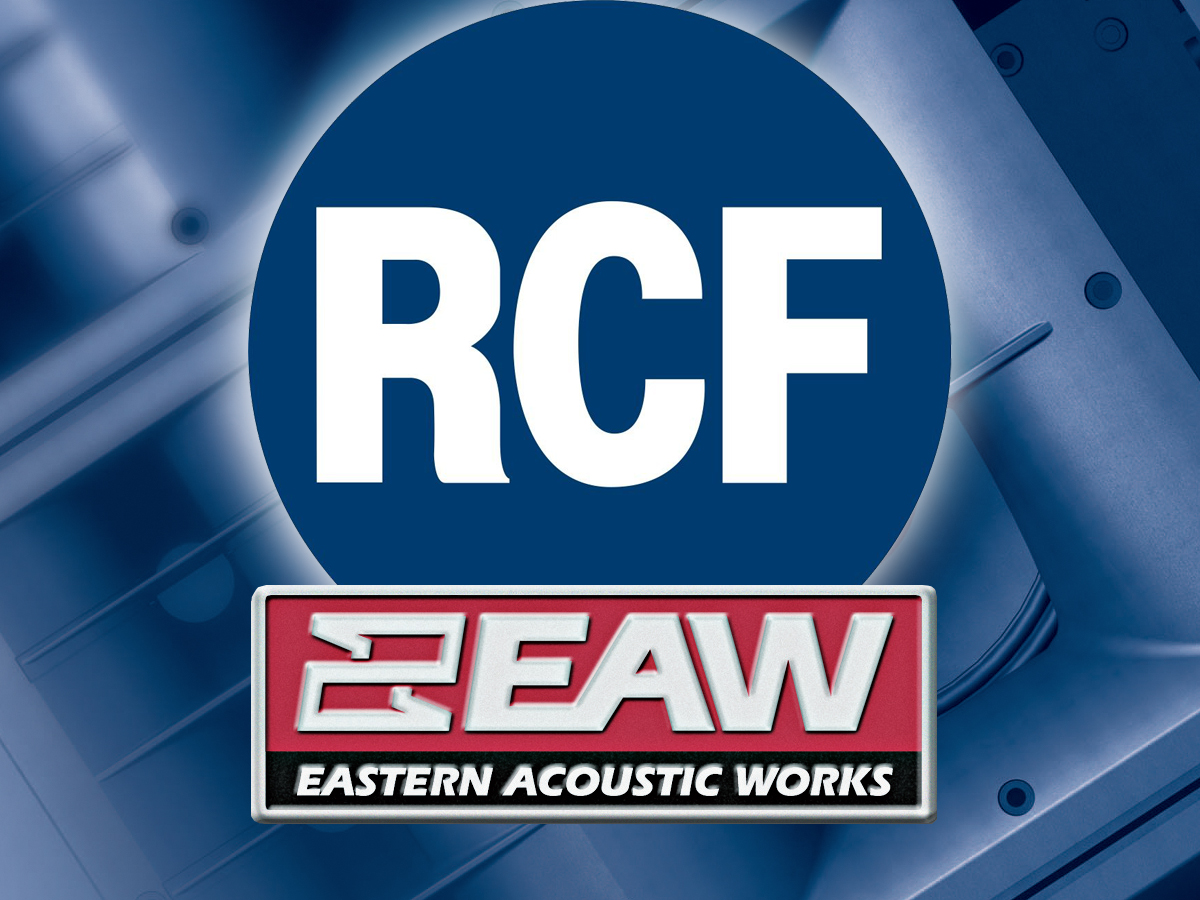 LOUD Audio, LLC (LOUD), the portfolio company of Transom Capital Group, confirmed that it has sold the EAW business from its portfolio of Pro Audio and MI businesses to the Italian Pro-Audio company RCF Group. The company says this is the third and final divestiture by Transom - following the sale of Martin Audio and Ampeg - aimed at allowing LOUD to narrow its focus to the Mackie brand.

"While I have truly enjoyed working with all of the brands in the LOUD legacy, now it's time for us to turn the page and to be entirely focused on building the Mackie brand," says Alex Nelson, Mackie's President. "Our companies have long lived in a conglomeration of brands and I believe going forward all the brands are going to benefit from new found focus, alignment and investment. This last divestiture marks a particularly exciting time for Mackie employees worldwide who are now about to embark on a journey of re-invention and re-vitalization!"

As Ty Schultz, Managing Partner at Transom Capital Group, states, "Simplifying the LOUD business to focus on high quality audio delivery from consumers to professionals has always been the focus of our thesis. We are very happy to have found a great new owner for the EAW brand and wish everyone involved much success going forward."

Founded in 1978 and celebrating almost 40 years in the pro audio industry, Eastern Acoustic Works (EAW) is a recognized brand and respected manufacturer of high-performance professional audio equipment for every possible sound reinforcement application. Headquartered in Whitinsville, MA, its products are used throughout the world to support performances and sporting events in stadiums, arenas, outdoor venues, houses of worship, and theaters. Over its 40-year history the brand has introduced several significant innovations in loudspeaker technology by leveraging expertise in acoustics, digital signal processing, and software control.

TJ Smith, President of EAW, added, "Having grown up with the EAW and Mackie brands, I can truly say that this is an exciting moment. Both brands are now in a significantly stronger position to support their unique partners and customers. I look forward to the continued development of Mackie and EAW under new and more focused ownership."

EAW and LOUD will be working together over the next few months to ensure a smooth transition for all customers, dealers, and distributors. RCF already confirmed the intention of managing Eastern Acoustic Works (EAW) as a separate company, focusing on the install and touring sound markets. RCF Group operates under the companies RCF and AEB Industriale (dB Technologies), headquartered in Reggio Emilia and Bologna, and has a subsidiary in USA.

RCF and EAW have a long history of collaboration, going back to the time when Greg Mackie actually acquired RCF in 1998, later acquiring EAW, SIA Software and Acuma Labs in 2000. In a reverse of fate, Mackie would eventually be converted into LOUD Technologies in 2006, a time when RCF had already reverted to Italian ownership (in 2004).

Arturo Vicari, CEO of RCF Group stated: "Since their early days, the two companies have been very close with RCF supplying professional drivers to EAW. Both brands successfully expanded around the world and their histories were often linked. Finally, we can look at a bright future together. Even though EAW will remain a totally independent company, being part of our group will provide EAW with the necessary investments and focus for a fast and solid growth. We are very proud to have EAW with us."

With the acquisition of EAW, RCF gains a valuable technology portfolio, including all the efforts put into place to develop the latest EAW Adaptive Systems, which are among the industry's most advanced sound reinforcement systems ever developed, integrating nearly every aspect of a loudspeaker – mechanical, electrical and acoustical design to achieve ideal three-dimensional coverage of every venue, every time it is used. EAW systems are also recognized for developments such as Concentric Summation Array (CSA), a method of seamlessly integrating MF and HF components within a single horn and Beamwidth Matched Crossovers, which eliminate polar irregularities through the crossover point.

"For those who love EAW it is difficult to imagine a better scenario. From the first moment this possibility started to materialize it has been clear that joining forces with RCF Group is a great opportunity for EAW. This transaction is a true recognition of what the brand represents, its potential, as well as the team we have built over recent years. With gratitude to the long list of those that built EAW over its 40-year history, we look forward to the exciting time in front of us," adds TJ Smith, President and General Manager of EAW.
www.rcf-group.it | www.rcf.it | www.eaw.com