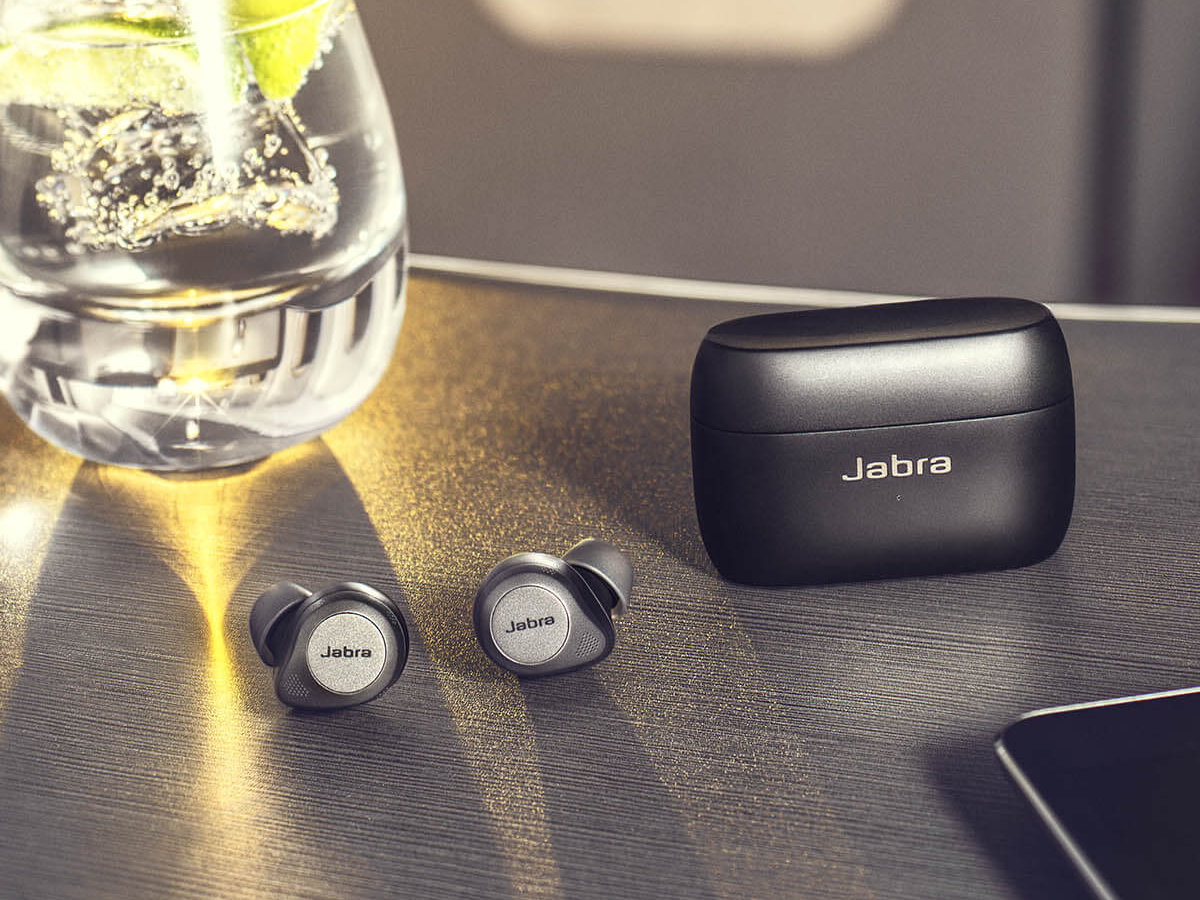 Building on its legacy of innovation, Jabra - GN Group's consumer arm - introduced Advanced Active Noise Cancellation (ANC) to its compact true wireless portfolio with the all new Elite 85t and an upgrade for the existing Elite 75t series. And most important, the ANC functionality was introduced with no compromises made on the earbuds' sleek design or optimal fit. In fact, the implementation benefits from the fact that Jabra is always among the first companies to adopt the latest Qualcomm Bluetooth audio SoCs, allowing the Elite 85t to arrive to the market with some level of differentiation, thanks to Jabra's own integration.

Specifically, the Elite 85t allows users to adjust between full ANC, full transparency with HearThrough mode, and anywhere in between. Adjustable or advanced, the Elite 85t earbuds benefit from a mature design using six microphones and wind protection for outstanding call clarity anywhere. Two of those microphones - one feedforward outside and one feedback inside - in each earbud support the advanced digital ANC processing features to cancel or enhance frequencies effectively.

As a company with a deep expertise in sound - GN Group also owns hearing-aid company Resound - Jabra perfected its ANC modes to correspond to the human ear ability to perceive sound differences in increments of 3 decibels. Jabra's engineers specifically developed 11 levels of processing, with each level allowing the user to choose from full ANC to full HearThrough, and everything in between. The adjustable dual slider changes between modes around 3db apart, enough to be noticeable. This also means that the Elite 85t now offer a maximum ANC level that’s one of the best on the market, depending a lot on the user's individual ear shape and optimal fit.

And another reason for the differentiation is the fact that the new Elite 85t was carefully engineered to defy the boundaries of how much noise can be removed in a set of true wireless earbuds. In the same size and signature design of the brand's previous true wireless designs, Jabra refined even more the shape and fit of the Elite 85t for improved comfort and the effectiveness of the ANC. The ANC features can also be adjusted with extra focus on natural sound performance and limited occlusion (blockage/closure), achieved via the semi-open design and the multiple ANC microphones. 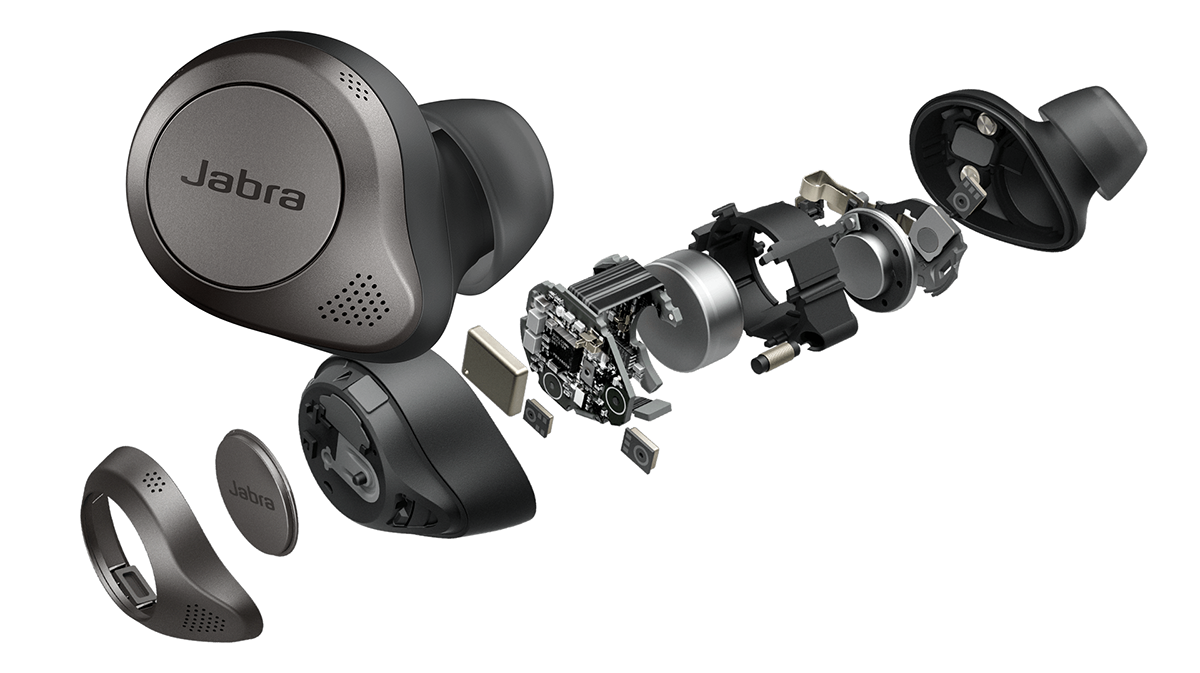 But how did Jabra perfected this adjustable/advanced ANC? The Jabra Elite 85t uses a dual chipset to achieve its optimal sound processing. Building upon the latest Qualcomm SoC, Jabra added its own dedicated processing chip to support the different "adjustable" sound modes. The additional processor helps to achieve low-latency signal processing, with both feedforward and feedback independent multi-stage filter configuration, and an integrated 6-band equalizer path for the audio line, among the secret recipe.

As more people than ever demand flexibility in taking calls, the new Jabra Elite 85t earbuds also allow outstanding call quality for the user and the person on the other end, leveraging the six micophones (three on each ear, two on the outside, one on the inside). Improved wind noise protection enables great calls anywhere, and the microphones on the inside and outside of the earbuds are used to activate the Advanced ANC to improve noise cancellation and filter out more noise.

The 12mm drivers allow the Jabra Elite 85t to produce a big sound and powerful bass, while still enhancing comfort and relieving ear pressure with its semi-open design. Jabra has also adapted the ear gels to an oval shape providing a better sealing in the ear. This means the tower of the Elite 85t does not sit as deeply within the ear, giving users a more comfortable earbud, while maintaining a very secure fit. 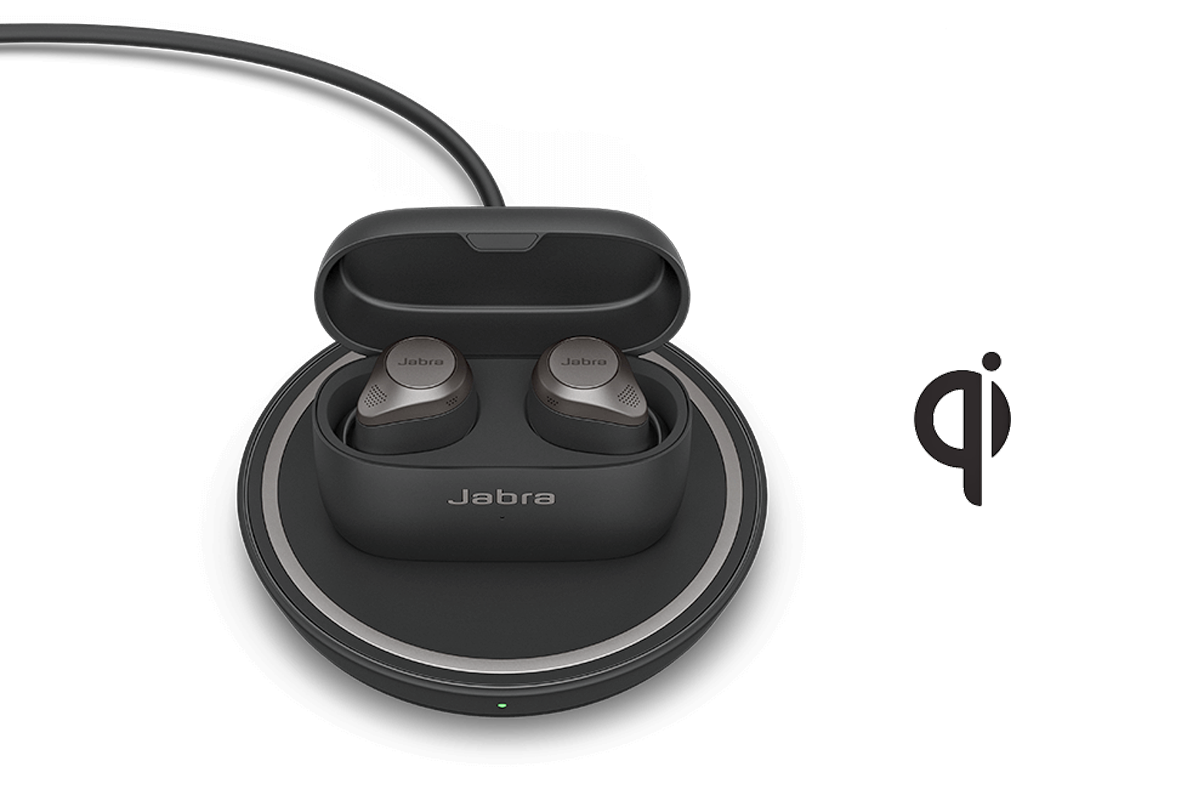 Due to it's compact size, the Jabra Elite 85t provides only up to 5.5 hours of listening with ANC on. When the battery goes down, users can extend the use after a few minutes of charging in the compact charging case, also Qi-certified for wireless charging. The case holds enough charge for up to 25 hours of ANC use and 31 hours without ANC.

The companion Sound+ app will allow users to active voice assistants – works with Alexa, Siri and Google Assistant – in the Jabra Elite 85t, and configure 'MyControls' to define button settings and Jabra MySound for individualized sound. The Jabra Elite 85t will be available for pre-order at Jabra.com, Amazon and Best Buy in October 2020 and for sale online and in stores November 2020, with a $229 MSRP. The earbuds will be available in Titanium/Black November 2020, and Gold/Beige, Copper/Black, Black and Grey January 2021.

"At Jabra we engineer products for purpose and today we are proud to show that our commitment to ANC is no exception," says René Svendsen-Tune, CEO at Jabra. "Users today are looking for great things in small packages, so we are thrilled to be offering our users best-in-class ANC in a very compact and sleek design. We are also excited to take our current users on the ANC journey with us with a free upgrade to their existing Elite 75t products – leading the charge as the first global brand to execute this over-the-air update." 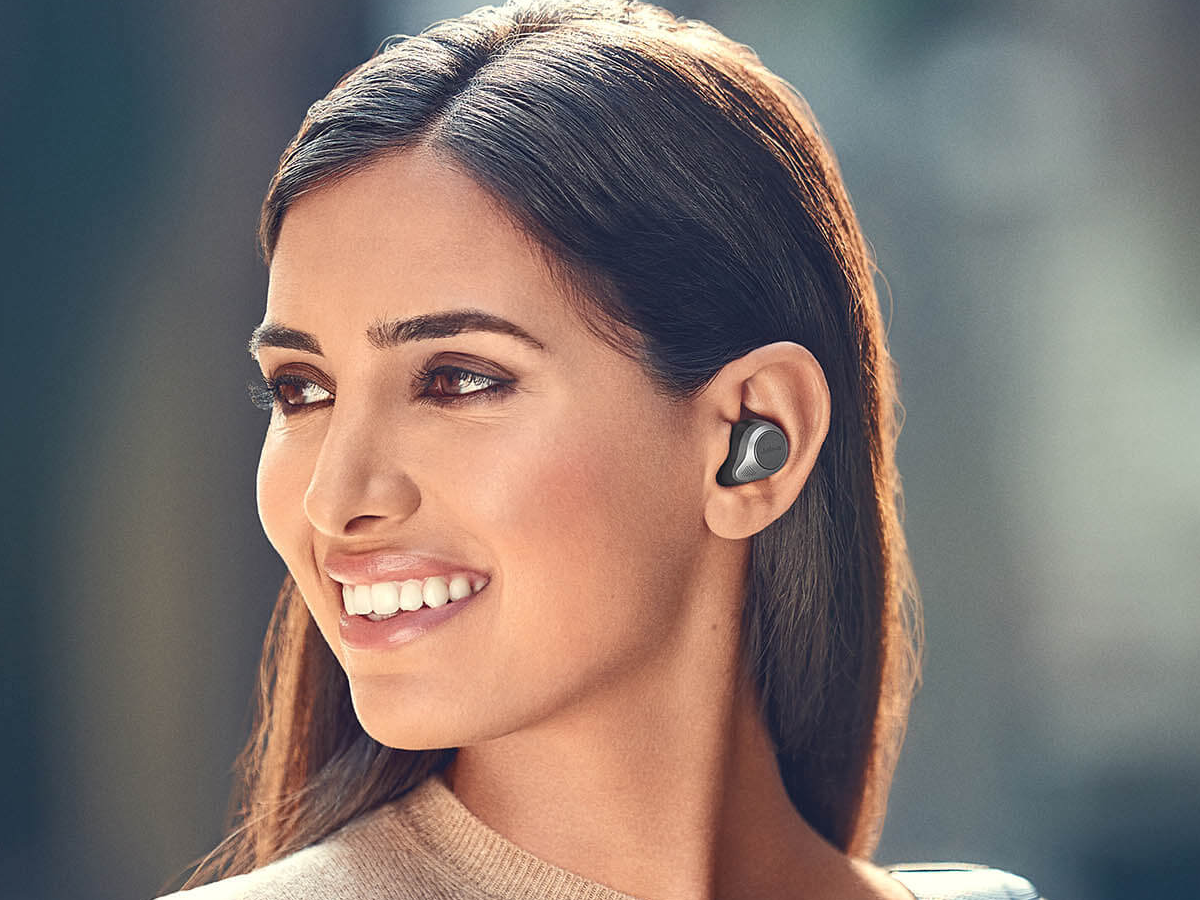 ANC Upgrade for Elite 75t
With this completely new development, Jabra also decided to update its previous reference Elite 75t series (Elite and Elite Active) with ANC, with a firmware update activated free OTA (over-the-air) for existing users. Since the 75t was engineered also on a Qualcomm chipset, the ANC features will be supported even if not so "advanced" as in the 85t, mainly filtering noise on lower frequencies. The updates to the Elite 75t and Elite Active 75t will happen via the Sound+ app.

The Jabra Elite 75t series will also be available to purchase with ANC as standard for the same price, from October 2020. The ANC-enabled models will also continue to have IP55/IP57 rated durability, and a two-year warranty. With ANC on, battery will be 5.5 hrs on a single charge (24 hrs in total with charging case), and with ANC off it will be the existing 7.5 hrs and 28 hrs in total.

"Our latest consumer research, showed that 71% of consumers are interested in ANC as a feature for their true wireless earbuds," says James Chapman, vice president and general manager, Voice, Music and Wearables, Qualcomm Technologies International. "We are excited to see Jabra take advantage of our flexible low-power Bluetooth Audio SoC to add this latest must-have feature to the Elite 75t."
www.jabra.com
related items