IFA 2018: Larger, Trendier and Smarter in Every Respect 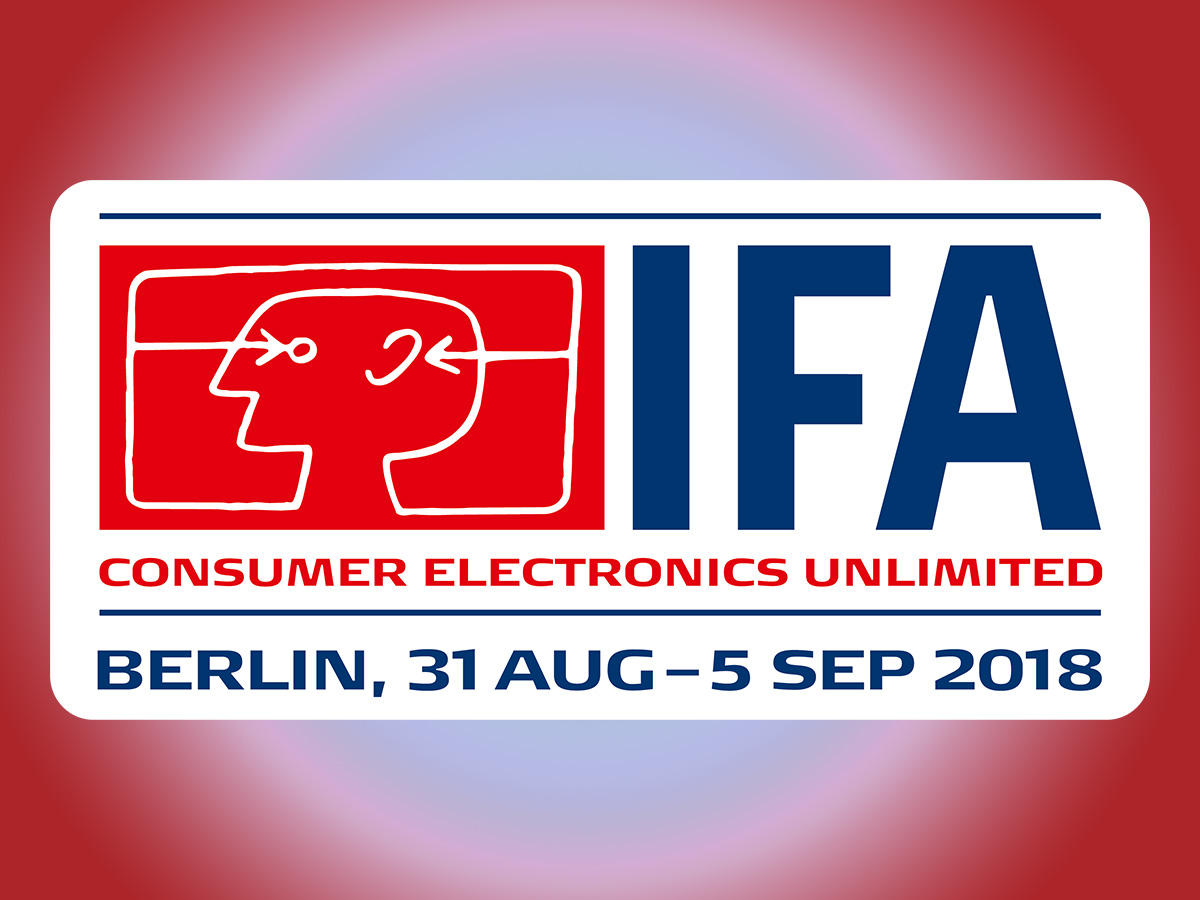 Boasting a wealth of innovative, smart new products, the world’s leading brands are once again showcasing their latest technology highlights: intelligent and interconnected home appliances, artificial intelligence and TVs featuring an even better picture quality are just some of the big trends at IFA 2018.

This year, in its role as an innovative force for growth in the consumer electronics and home appliance markets IFA will continue to expand and build on its standing as an international platform and meeting place. IFA has long established itself as the world’s largest trade show for home appliances, and this year the industry is celebrating its tenth participation in the event. Since the launch of Home Appliances@IFA 2008 the number of companies exhibiting small and major domestic appliances has trebled.

“IFA’s success is impressive proof of the show’s long-term ability to make forward-looking decisions and target specific audiences. Home appliance and consumer electronics products and markets are converging all the time. IFA was unique in recognizing this trend at an early stage. The resultant success shows it has become the world’s leading platform for both markets. IFA is perfectly positioned to write another chapter in this unique success story. IFA does not follow short-term trends. Its strength lies instead in a clearly defined role, in which it fully satisfies the demands of exhibitors, retailers, trade visitors, the media and the public“, says Hans-Joachim Kamp, chairman of the board of gfu Consumer & Home Electronics GmbH, the organizers of IFA.

This year IFA NEXT, the innovation hub at IFA, is taking place for the second time and has almost doubled its floor space in Hall 26. It also features a second stage for presenting products, technology and innovations. In short, in 2018 IFA NEXT boasts an even wider range of topics and program of events, and with 125 startups from 21 countries will present more innovations than ever before. At IFA 2018, startups, entrepreneurs and designers will have even more space for their creative and forward-looking ideas.

Voice recognition and artificial intelligence are key topics at IFA NEXT 2018. The House of Smart Living, an installation that sets the standard for connected living, will bring this topic closer to visitors: be it the coffee machine, digital media or energy management, everything reacts to voice commands, while a background learning process ensures machines automatically adapt every system to users’ needs. The House of Smart Living is part of a combined presentation organized by ZVEI, VDE and ZVEH (under the aegis of ZVEH – the German Association of Electrical and IT Professions). 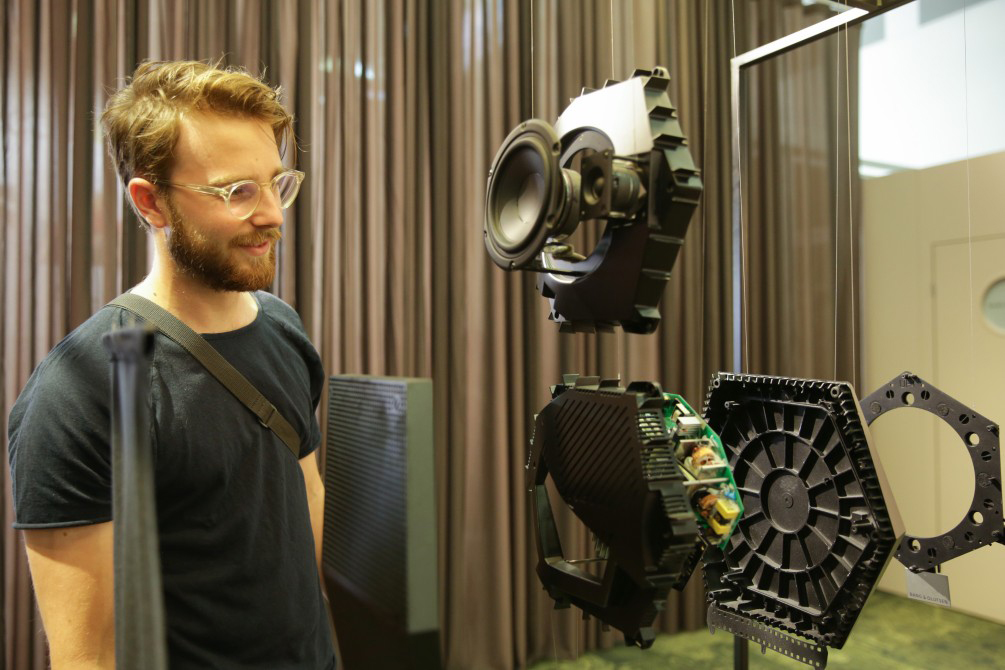 IFA NEXT is also setting the tone with a wide range of topics. This is the first time the Shift AUTOMOTIVE convention will be taking place there, featuring keynotes, panel discussions and motivational speeches on the future of networked mobility. Shift AUTOMOTIVE shows how new technology is changing people’s lives and the way they travel. “For us, Co-innovation is the interplay of different industries, such as Shift AUTOMOTIVE, where car manufacturers and electronics companies jointly discuss the challenges of the future of mobility“, says Dr. Christian Göke, CEO of Messe Berlin.

Together with the Berlin Exhibition Grounds, which in 2018 are exclusively reserved for product brands, IFA is again occupying 20,000 square meters of additional exhibition space at STATION Berlin, near Potsdamer Platz. From September 2-5, IFA Global Markets, will be open exclusively to trade visitors, suppliers, component manufacturers and OEMs/ODMs, which will be meeting customers and business partners from the consumer and home electronics markets.

“IFA Global Markets will present a selection of the most innovative components and software solutions. They represent a vital basis for globally successful product specifications in the consumer and home electronics markets and consequently for IFA as well. We are delighted to have established IFA Global Markets as the largest and most important European sourcing market and as a significant part of IFA”, explains Jens Heithecker, director of IFA.

Industry trends and highlights
Visitors to this year’s IFA will be able to admire screens with a resolution of 8k, flexible displays that can be rolled up like a window blind, and new HDR displays. The ongoing development of voice commands is another exciting area, and virtual assistants utilizing such systems will become an established feature of many more types of equipment: in a “traditional” form in televisions, sound systems, soundbars and headphones, as well as in an increasing number of small and major domestic appliances. 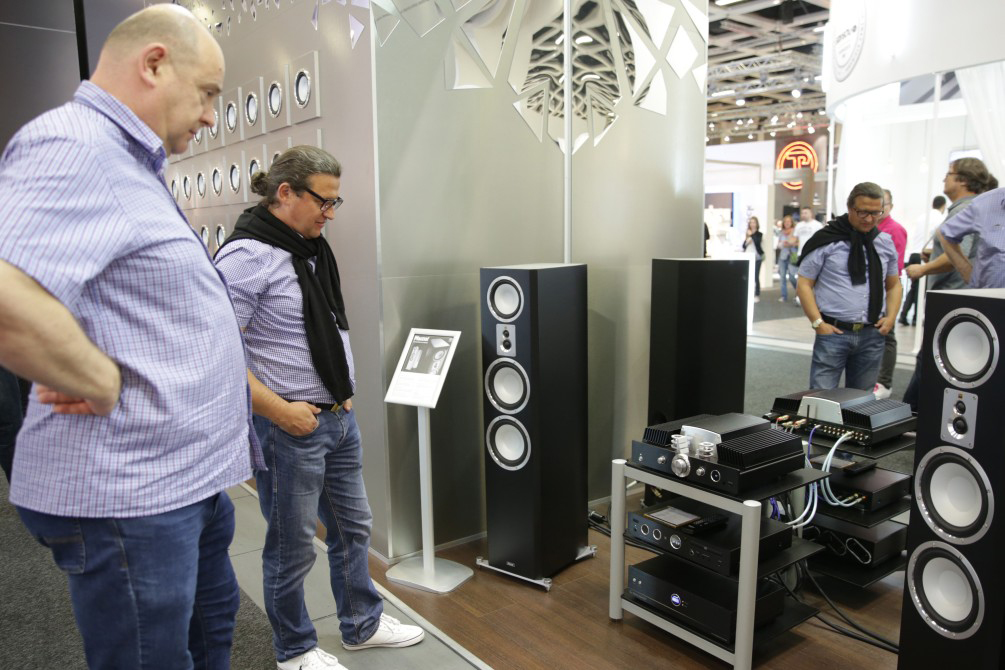 This year, voice developments will bring further improvements to the already high level of functionality of interconnected appliances. Clearly, in the fields of consumer electronics and home appliances, the two dominant trends of voice control and artificial intelligence (AI) in particular will have a far-reaching influence on IFA 2018.

This year’s IFA will once again provide a positive impetus for international and domestic markets. For 2018, as a whole, the market for home electronics products is expected to remain stable at the same level as last year.

Poppy Crum, Dolby Laboratories' senior scientist will keynote the IFA+ Summit on September 2-3 in Berlin with the topic: The Post-Poker Face Era - Human Perception and Technological Advancement. Participants will be able to learn how audio is changing, and discover new ways to lead the ubiquitous smart home safely into the future. Discussing "Empathic Technology," Poppy Crum sees it as an opportunity to close cognitive and emotional gaps between people. Because with sensor technology, breath and body warmth, gestures and facial expressions, feelings become readable. At Dolby, Poppy combines this with the technologies of the future. Which leads to her

In addition to Impulse Speeches and Short Talks divided into four themed clusters, visitors to the IFA+ Summit can also look forward to top-notch workshops, which show today what will be standard in a few years' time - and what challenges lie ahead. Paul Melin, Vice President of Media Technologies at Nokia TECH, will host a session on emerging multimedia experiences and innovations that will revolutionize the way we create and consume the content of tomorrow. Melin said: “Up to now, device innovation has been geared towards internet access, apps and the camera. But when it comes to multimedia experiences – particularly in user generated content – we see a disparity. Addressing this, the Nokia OZO portfolio of technologies introduces new levels of intelligent imaging and video capabilities alongside the ability to capture immersive audio experiences, all without the need for extra specialist equipment.” Industry experts will join Melin, providing their views on key areas such as advances in audio and visual immersion, and the emergence of AI and intelligent computing in future networks in this cross-disciplinary panel. 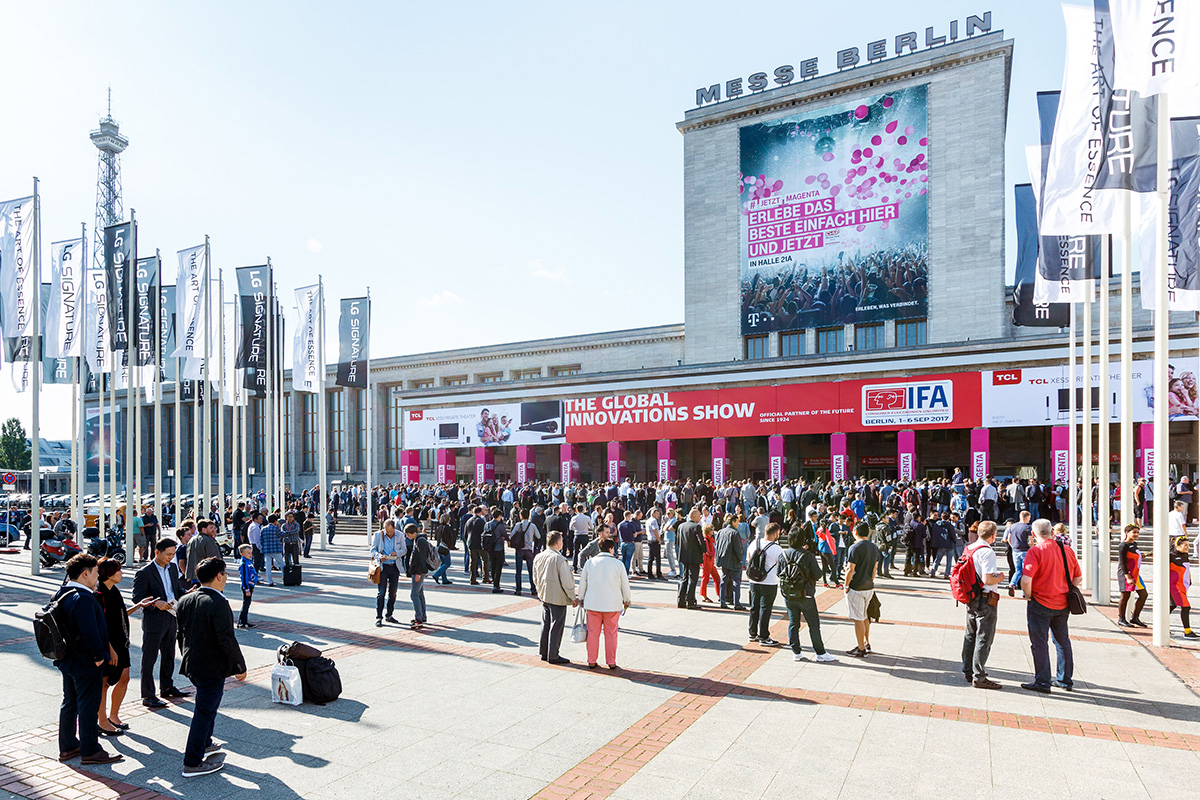 The IFA+ Summit (www.ifaplussummit.com) takes place on September 2-3 2018 at IFA NEXT, Grand Theater in Hall 26. Since 2014, it has been regarded as the think tank of IFA, featuring two stages, 35 hours of lectures, panel discussions and startup pitches.

Virtual media worlds, living in smart cities, the future of mobility, robots in the household, voice commands, digital translators, the next generation of ultra-fast mobile networks and digital innovations for a healthier lifestyle – are among the topics for this year's IFA NEXT Innovation Engine. Also, the IFA NEXT exhibition area has doubled in size with around 200 exhibitors. Full details of the program of the IFA NEXT Innovation Engine can be found at www.ifanext.com.