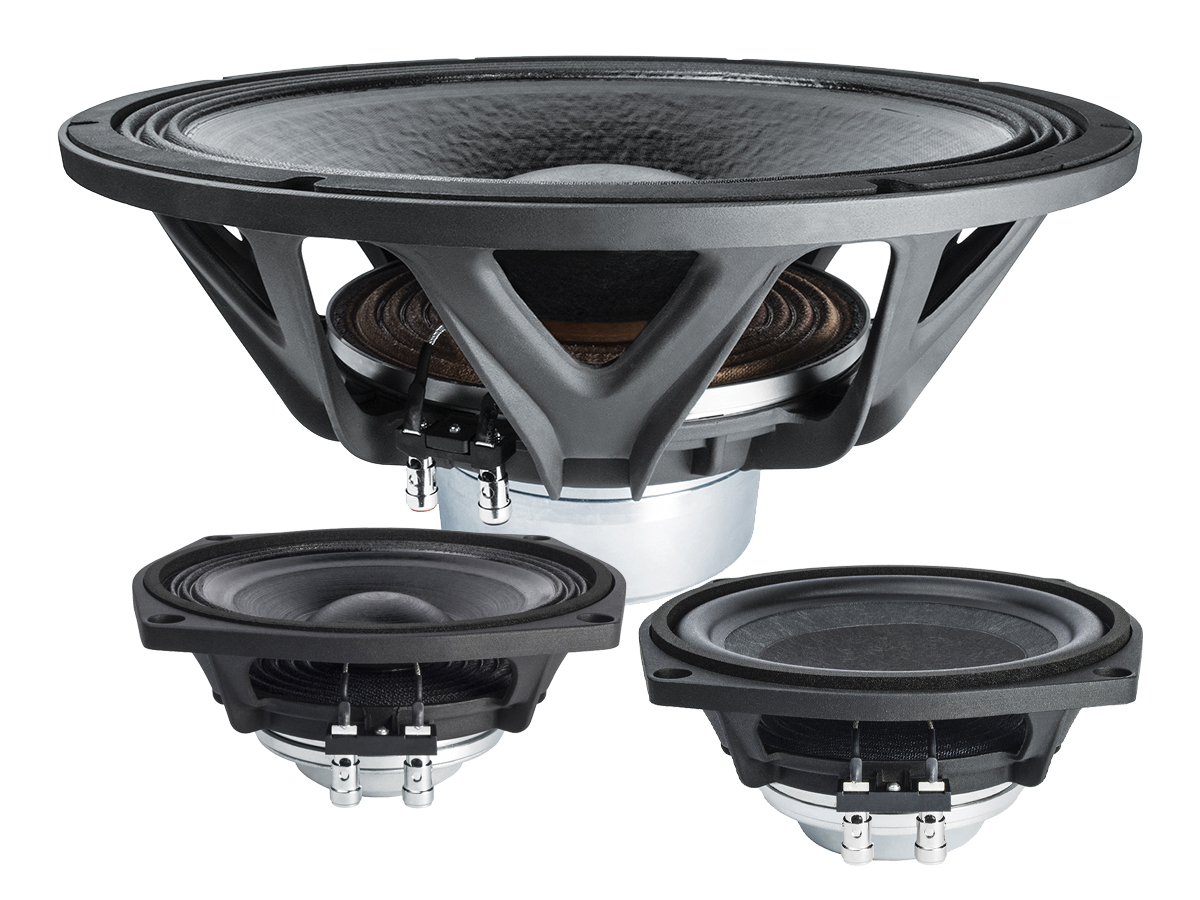 As Flavio Naggi, from FaitalPRO explains, "We are presenting two drivers at Prolight+Sound dedicated to the mid-frequency range. The 6PR160 model which is designed for use as a very high efficiency pure midrange with tonal perfection, and the 6RS140 midrange. The 6RS140 driver is also designed to work perfectly in the vocal playback range, and goes down to 6,000 Hz in the lower part of the acoustic spectrum. This greater extension in frequency response allows us to recommend it as a medium-low driver."

Two New Midranges
New for 2018, the 6RS140 midrange is a development based on several of FaitalPRO’s innovative catalog projects, achieving great reliability, excellent tonal yield, and maximum power handling at 400 W, (200 continuous power) with a sensitivity of 93 dB. This neodymium magnet mid-woofer uses a 44 mm coil, and features a 6-inch rubber surround, allowing its use in two-way systems, such as studio monitors or multi-purpose multi-way sound reinforcement systems. 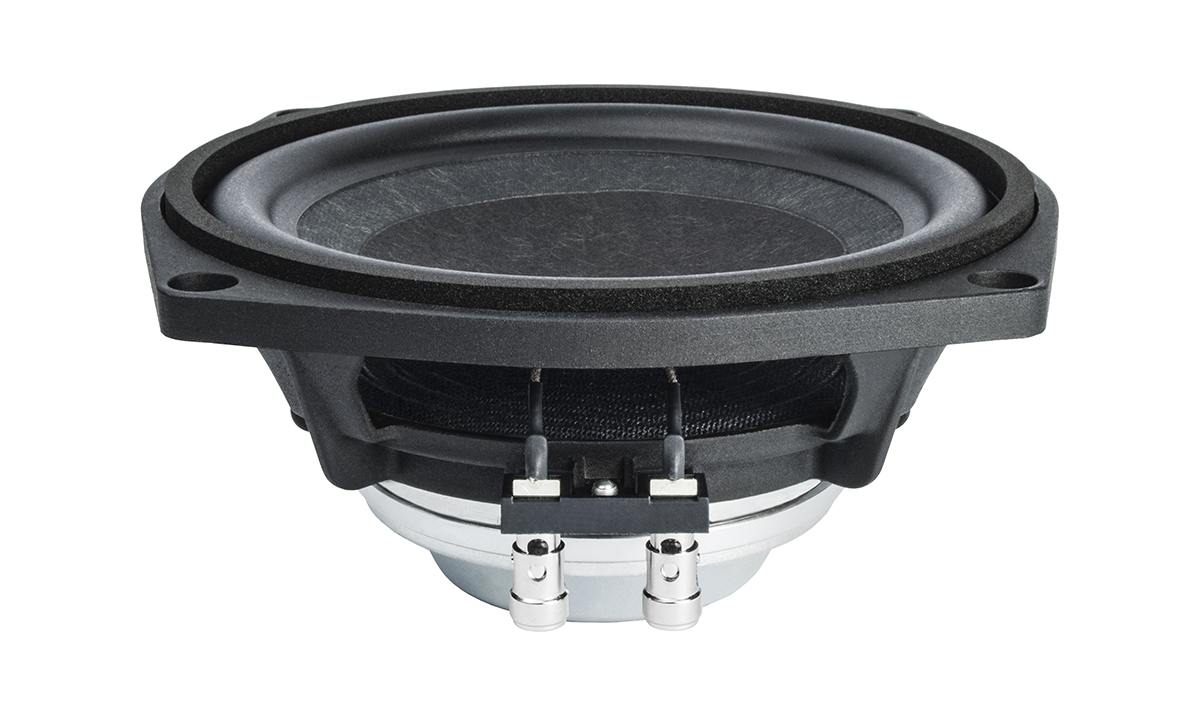 The magnetic assembly in the 6RS140 provides a demodulator allowing a greater frequency extension and less distortion. The central hole was designed into the magnet structure to regulate the compression and also to provide extra ventilation. The end result is an extremely versatile loudspeaker capable of working with very powerful amplifiers. As with all FaitalPRO products, the 6RS140 is completely waterproof and therefore ideal for typical harsh outdoor applications.

As Flavio Naggi comments, “Conceptually this driver fills a gap in our catalog. The rubber edge was chosen because one of its typical characteristic is to be able to go down lower in frequency when compared to the typical cloth edge. We also wanted to achieve a more decisive performance in the mid-low frequencies. The choice of neodymium allows us to minimize both the weight and the depth of the speaker making it compact and ideal when these two features are a must, as in line arrays for touring. The optimization of the magnetic circuit has allowed high performance in terms of sensitivity, with 93dB.”

As for the new 6PR160 driver, Flavio Naggi adds: “The 6PR160 midrange was created solely for voice reproduction, where it plays an important role. It has remarkable weight characteristics, given its neodymium magnet structure and the aluminum basket. It is a compact midrange of the highest level, both for tonal characteristics and performance. It is suitable for many applications including for multi-purpose enclosures in sound reinforcement and PA, like medium and small line arrays, where it usually covers the central position, or in three-way systems where it takes care of the entire mid frequency range.” 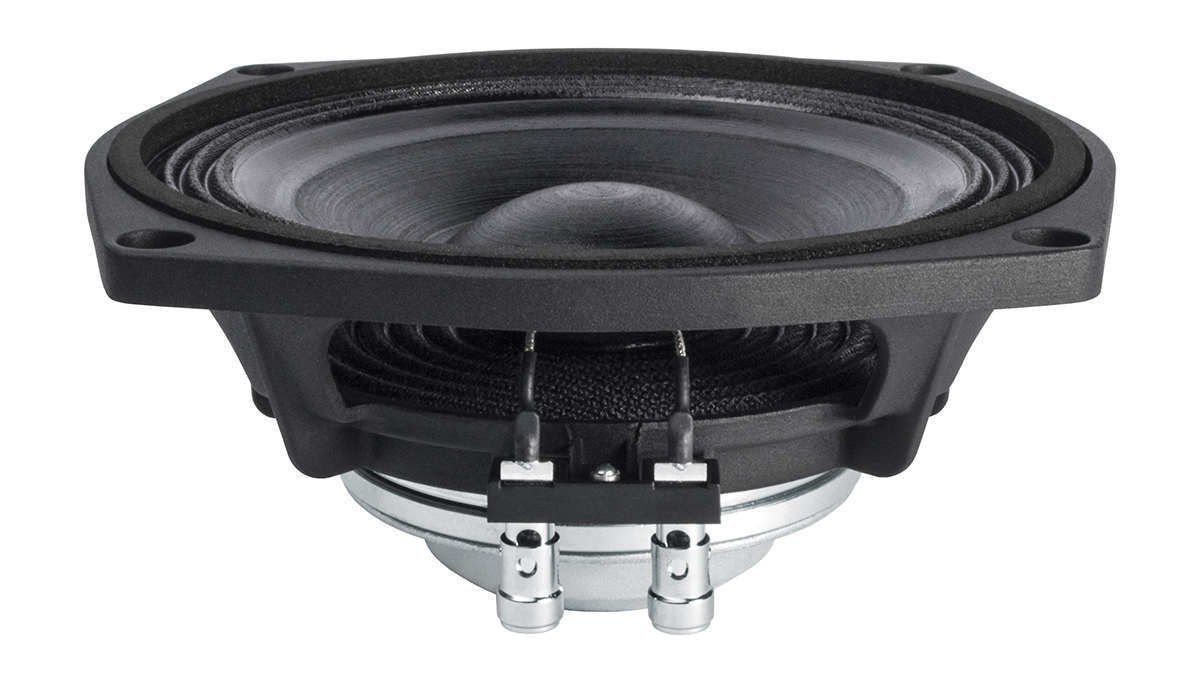 Equipped with a neodymium magnet with demodulation ring to reduce distortion, the 6PR160 is able to generate a rather wide angular dispersion and withstand a maximum power of 240 W (120 continuous) with 95 dB of sensitivity. It features a three wave treated cloth edge, with a lacquered finish cone, and a 37mm coil.

“The 6PR160 is definitely one of the best midranges that FaitalPRO offers, both for its tonality, where it diffuses a refined and optimized sound, and because of its discreet elegant extension in low frequencies, with an Fs of 90Hz and a good cone excursion,” adds Flavio Naggi. “Excellent in closed enclosures, we also recommend it in multi-point configuration using two/four drivers in a line array. It can even be safely horn loaded giving great intelligibility and power in sound reinforcement."

The Super Woofer
The 18XL2000 Super Woofer received its reference precisely because of the "extra-large" size. FaitalPRO wanted to create a magnetic circuit capable of withstanding very high nominal power - 2000 W continuous AES - and provide extra functionality compared to traditional 4” voice coil speakers, thanks to its even more powerful magnet with forced coil ventilation cooling. The final result is a product that responds perfectly to the market demand for more powerful products, and powerful subwoofers with extreme dynamics and maximum punch. To achieve this performance, the Italian brand designed a neodymium magnet with a cap structure which integrates a perforated pad, creating an even greater efficiency when compared with classic magnets with an external ring. Thanks to the cap, the magnetic force is not dispersed in any way and efficiency remains at maximum. Other notable features include a mirrored double spider, and treated canvas cone edge. 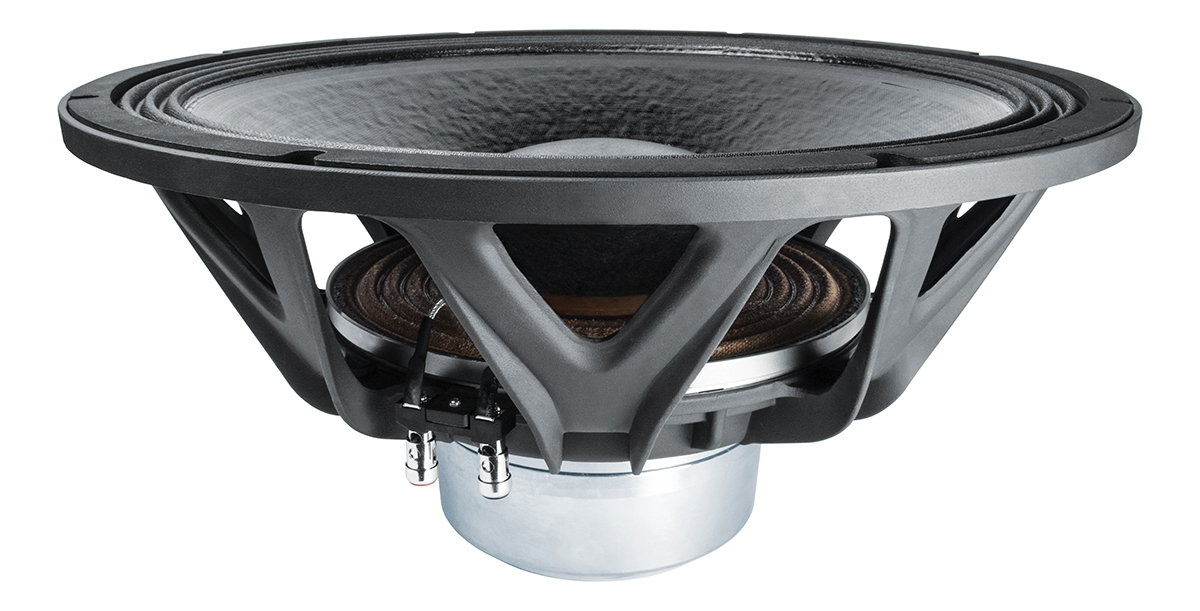 The design is an evolution of other FaitalPRO woofers (e.g. 12PR300, HP1060, and others), in this case featuring a 4,65” diameter voice coil, to allow higher efficiency, even when the weight of the neodymium magnet is reduced and therefore the overall weight of the loudspeaker itself is reduced. This makes the 18XL2000 Super Woofer an ideal choice for touring applications. With 28 Hz Fs and an EBP value of 100, the 18XL2000 becomes a reference choice for front-loaded bass reflex designs, but it can also be applied in special hybrid and horn-loaded configurations. As FaitalPRO details, with a casing volume of only about 170 liters, loudspeaker manufacturers will have ample freedom for new projects in high power applications, in touring and in very large top-quality line arrays.

As Flavio Naggi details, this new reference 18” driver “stems from a rather particular product philosophy, where we wanted to go beyond the 4” dimension of the voice coil and propose a top of the range model. We succeeded because the final result far exceeds all the other products in our catalog, as a driving force, with an efficiency 97 dB, BL 30.8 N / A, and an Eta Zero 1.54%. So, we are able to offer a super woofer, a real “cannon” to be connected to important amplifiers, in superlative double-reflex 18” configurations capable of withstanding up to 4KW. The listening perception of the bass is so high and present that it allows for very impactful systems with a limited number of loudspeakers.”

And More...
At Prolight+Sound 2018 FaitalPRO had much other things to show, with a large selection of woofers designed for high sound pressure levels and featuring great resistance to power. Examples are the 10PR320 and 12PR320 10” and 12” neodymium magnet woofers, which extend the low frequency response in a lighter design. Both models feature a 65mm, 2.5” coil, and are able to reach 300 W and 600 W maximum (AES) power ratings. While the 10PR320 shows a lower QTS, a slightly higher Fs and a slightly more responsivive character, the 12PR320 sounds more balanced but assertive. Designed for low and medium-low frequencies in two-way speakers and for the MI market (electric bass, jazz guitar, but not only), these new drivers can be applied in multiple pro audio designs, for both touring and installation.
www.faitalpro.com
related items