So, "intelligent" not smart. Dynaudio Music is not about speakers that you shout at (probably because Alexa, Siri, Assistant, and Cortana don't speak Danish yet...), but about the simplicity of the whole experience, starting with one-touch controls. As Dynaudio explains, the concept was developed around the idea that the speakers should adapt seamlessly (and automatically) to any room or position, and to surrounding noise levels – so music always sounds its best. And because some users don't like to configure anything, the system comes fully configured with services that include personalized playlists featuring only the music the user of the system loves.

It's basically a function provided by the dedicated free app, called Music Now (iOS and Android), which uses a sophisticated Music Now algorithm to learn users’ musical tastes and play automatically generated playlists with one touch of a button on the speaker. For people who actually don't care about record covers or knowing the names of artists, it means there’s "no need to scroll through endless playlists, only to get bored trying to find something to listen to." Of course, for those people, we would like to simply say: listen to Radio!... Most probably, they will just turn the system on to listen to sports anyway. As Dynaudio understand, there's usually the "owner" of the system that paid for it, and needs something simple "just like turning on a radio." While the other "real" users in the house actually care about music, and they will probably enjoy getting their own playlists as well...

Otherwise, like all the wireless speakers nowadays, the Music speakers connect to popular music-streaming services including TIDAL and Spotify. Each Music speaker has five touch presets. These can be filled with anything accessible from the app: smart Music Now playlists (from multiple user profiles), Internet radio stations, TIDAL albums, artists, Spotify playlists and more. TIDAL content can be accessed straight from the app, while Spotify can be added to presets from the 'Now Playing' screen. 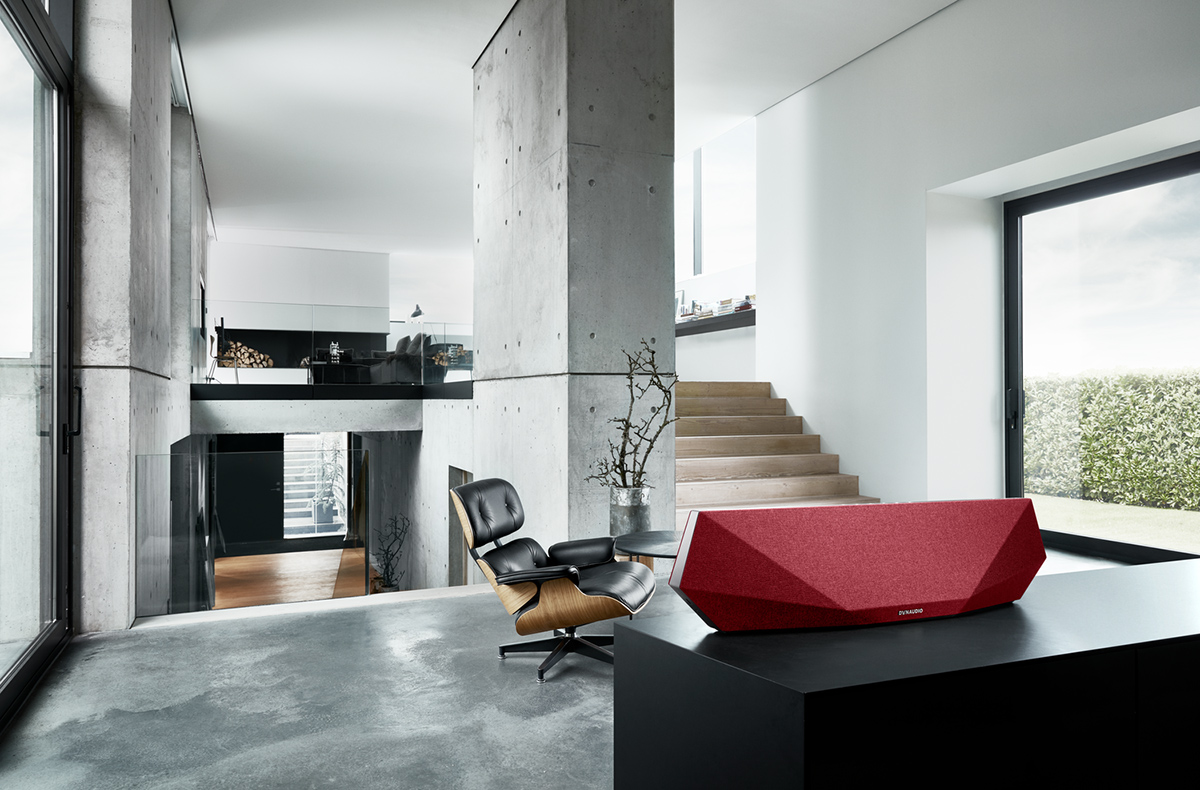 Intelligent DSP and Features
But lets to the really interest stuff. What differentiates the Dynaudio Music systems is obviously the fact that this design features high-quality drivers and amplification. And those components are directly tied to the built-in RoomAdapt technology that senses where the speaker has been placed (in a corner, up against a rear wall or in free space) and optimizes performance to always deliver the best sound possible. As Dynaudio explains, "You’ll hear it most in the clean, accurate bass and midrange. Essential musical details will always be clear too, thanks to NoiseAdapt – even when the room is noisy, and the speaker volume is low. There’s no need to crank the volume to hear tunes properly when the conversation gets louder, and there’s no need to tweak the tone controls either." 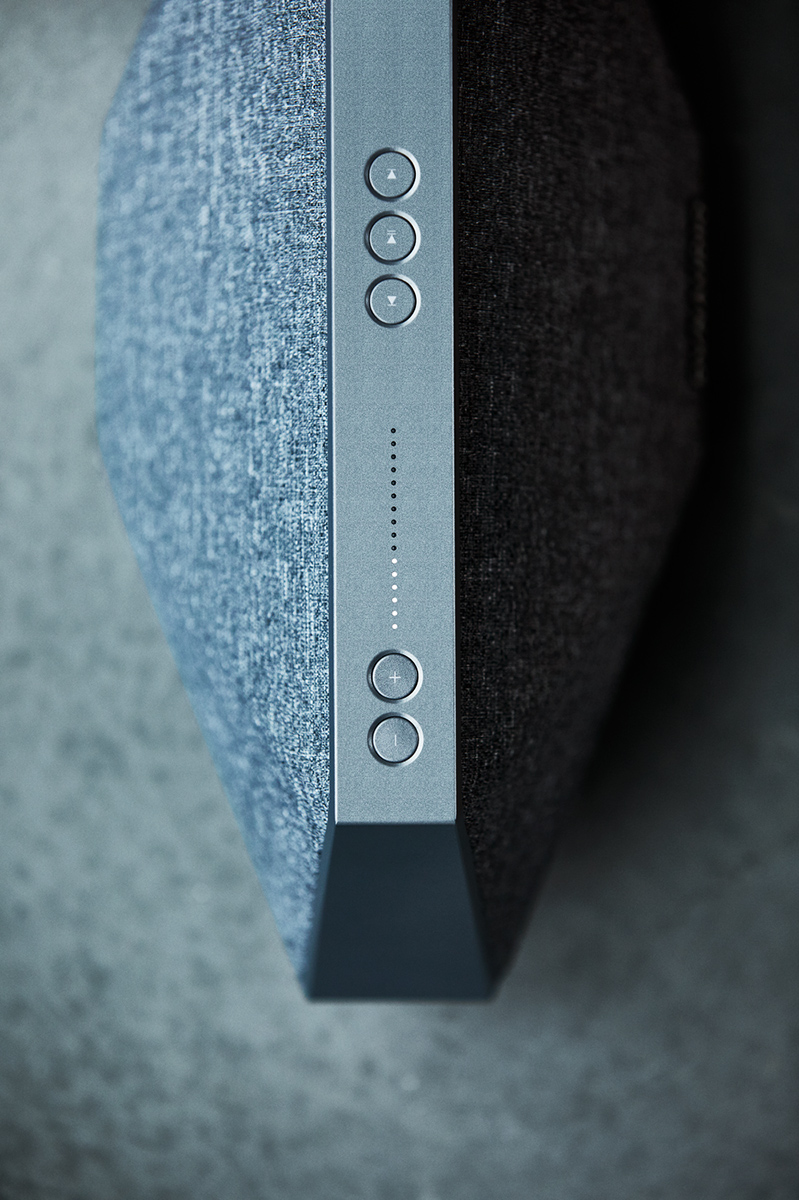 It’s all based on Dynaudio’s expertise in DSP (digital signal processing), gained from researching and developing high-end active speakers, professional studio set-ups and cutting-edge in-car hi-fi systems. Of course the design got a little help from the amazing progress that smart speakers brought to the market, bringing microphone arrays and sensors in powerful platforms that turn any speaker into a really intelligent system, able to sense the world around it. The current specifications of the Dynaudio Music systems are relatively modest, but we wouldn't be surprised to see this platform growing and expanding in the future (AirPlay 2 is an obvious one, but also MQA decoding support and possibly integration with voice engines.)

There are four speakers in the family. All are active (each driver has a dedicated high-performance class-D amplifier specifically tuned to match it), and they all have slightly different features to help them fit different lifestyles and situations. All the speakers use Dynaudio’s proprietary MSP cone material in their woofers and midrange drivers (the same material used across the company’s entire product family, right up to the range-topping Evidence Platinum series). Their soft-dome tweeters are based on Dynaudio’s high-end speakers. And it’s all been tuned by the same team who work on its money-no-object hi-fi speakers and no-compromise pro studio systems. 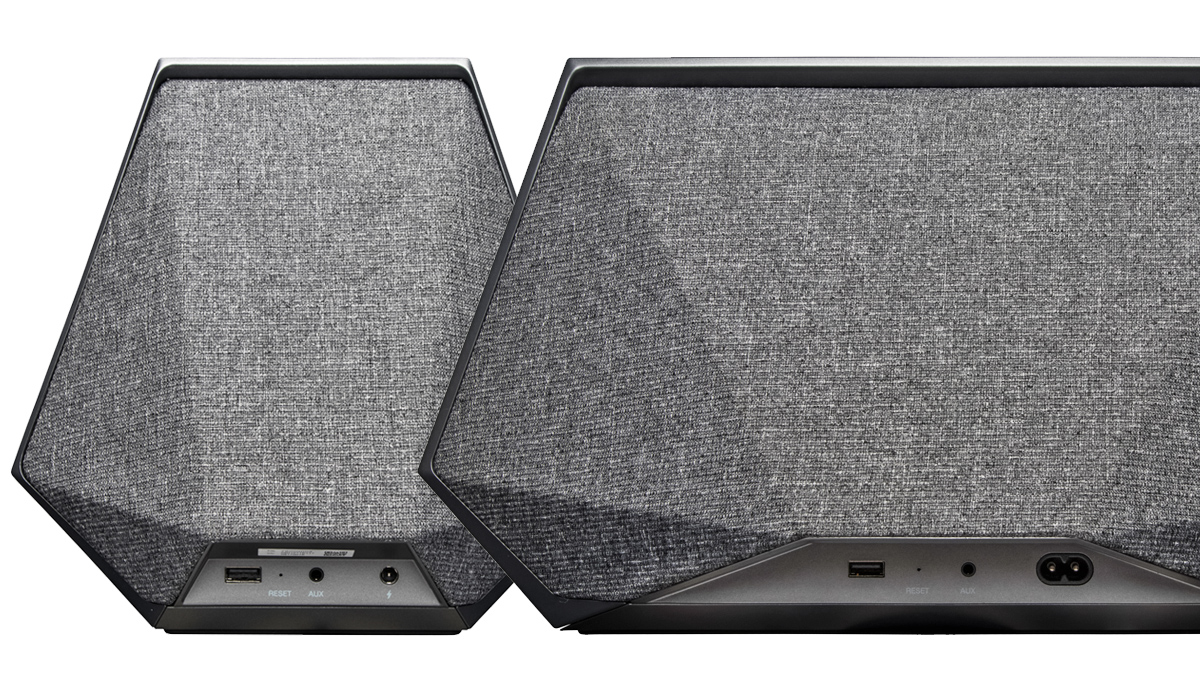 All the speakers in the family can stream via Wi-Fi, Spotify Connect, aptX Bluetooth and Apple AirPlay, and can access DLNA devices on users’ home networks. They all have USB inputs for iOS audio and charging iOS devices, and can accept 3.5mm analogue inputs. The Music 5 and Music 7 add digital optical inputs to the mix (both support signals up to 24-bit/96kHz), while the Music 7 also has an HDMI connector with Audio Return Channel to turn it into a soundbar. 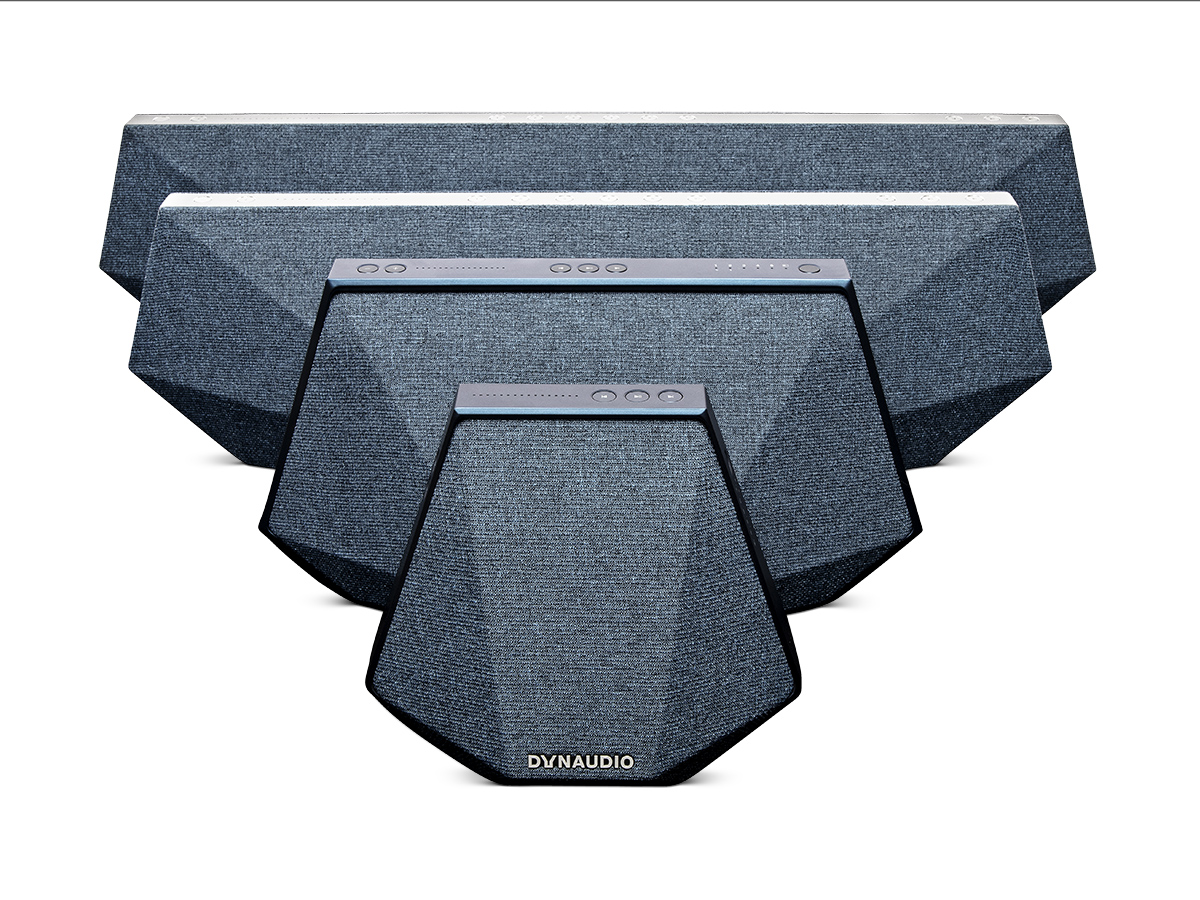 Up to six speakers can be connected at a time and arranged into multiroom groups, or controlled individually from the Dynaudio app. Each model is available in Light Grey, Dark Grey, Red and Blue cloth finishes, custom-made by acclaimed Danish textile designers, and constructed from honest, high-quality materials – including a one-piece brushed aluminum surround on the Music 5 and Music 7. It’s a product built to last – both in terms of style and wear-and-tear. The front grille cloths on the Music 5 and Music 7 are interchangeable too, so users can change the look as their taste changes. Both the Music 5 and Music 7 can also be wall-mounted using a dedicated steel wall-bracket.

According to Dynaudio, the design is "typically Danish, typically high quality and typically innovative," plus there’s some added inspiration from origami, traditional Chinese boat sails… and even stealth fighter jets (that's the part we noticed immediately :). At launch, all Music speakers will come with a free 90-day TIDAL trial, so users can get started straight away.  The Music range will be available in November 2017 at selected retailers in Europe and Asia, and it will go on-sale in other regions in January 2018.
dynaudio.com
related items