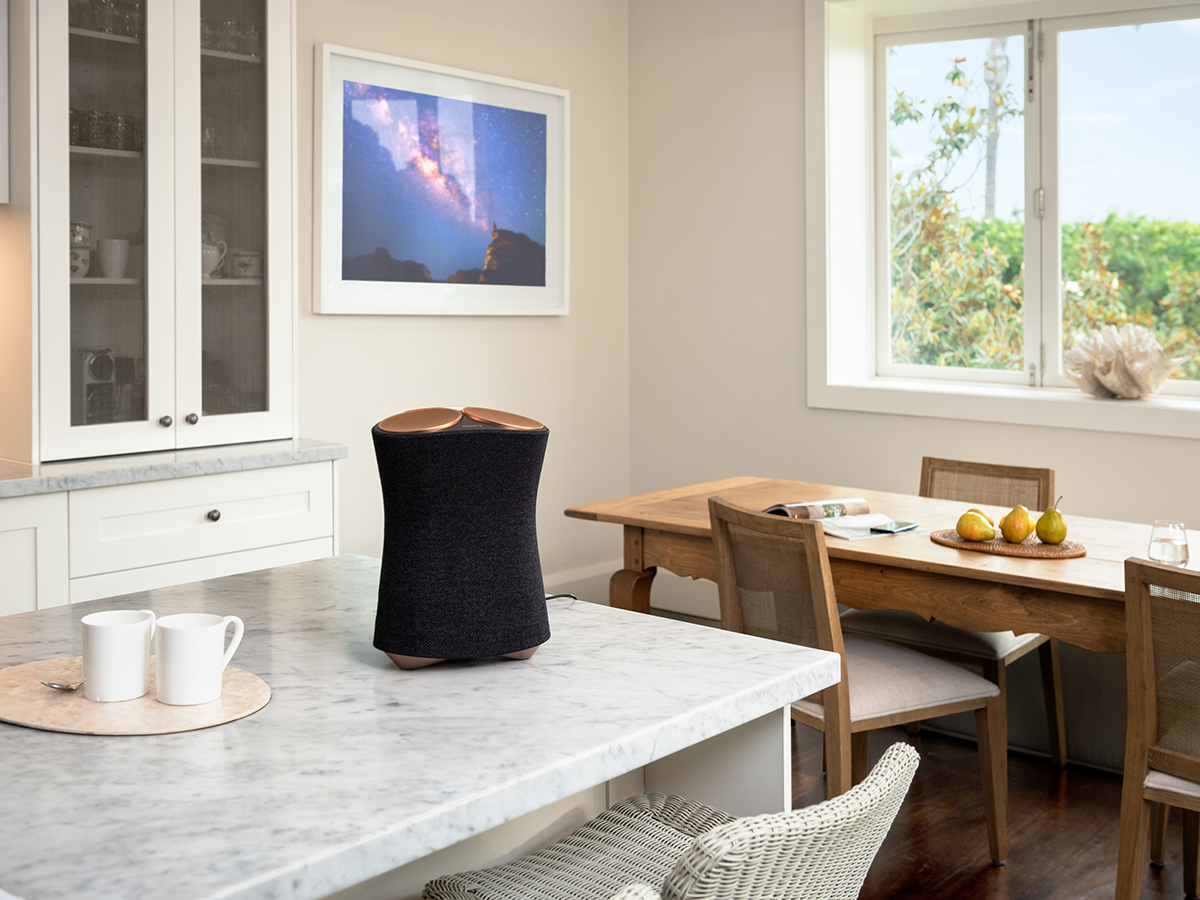 Until now, generating the sense of "spatial," or "immersive," or 3D sound, or whatever brands decide to call it, has proven successful only with multichannel installations using multiple speakers surrounding the user, including from above, or generated binaurally through headphones, combining sophisticated processing and position sensors - an experience that is improved when adding personal HRTF profiles, as Sony has proven with its 360 Reality Audio demonstrations.

Trying to generate the same tridimensional immersion with sound radiating from a single source is an obvious challenge. With two speakers, or an array or speakers placed at a certain distance, as its done with soundbars, the effect can be impressive, as the Sennheiser/Fraunhofer AMBEO 3D soundbar as proven (and without relying on the effect of room reflections). But claiming Dolby Atmos reproduction from the sound generated by an Amazon Echo Studio speaker is the equivalent of a joke - designed to impressive an unsuspecting listener as switching from a mono to stereo, or adding an Aphex Aural Exciter to a stereo source.

Sony believes that its 360 Reality Audio technology is able to go a step further when combined with a dedicated speaker, designed with multiple drivers and equipped with smart processing, which includes a combination of sound calibration. And - always important to highlight - aimed at improving music listening at home in alternative to what millions of people currently use, which is a single cheap Bluetooth speaker placed somewhere in a room, playing summed-up stereo from a single tweeter and a down-firing woofer (if it's a good one). Not exactly as a replacement of a premium high-end, hi-fidelity audio system - no matter what the marketing message might suggest. 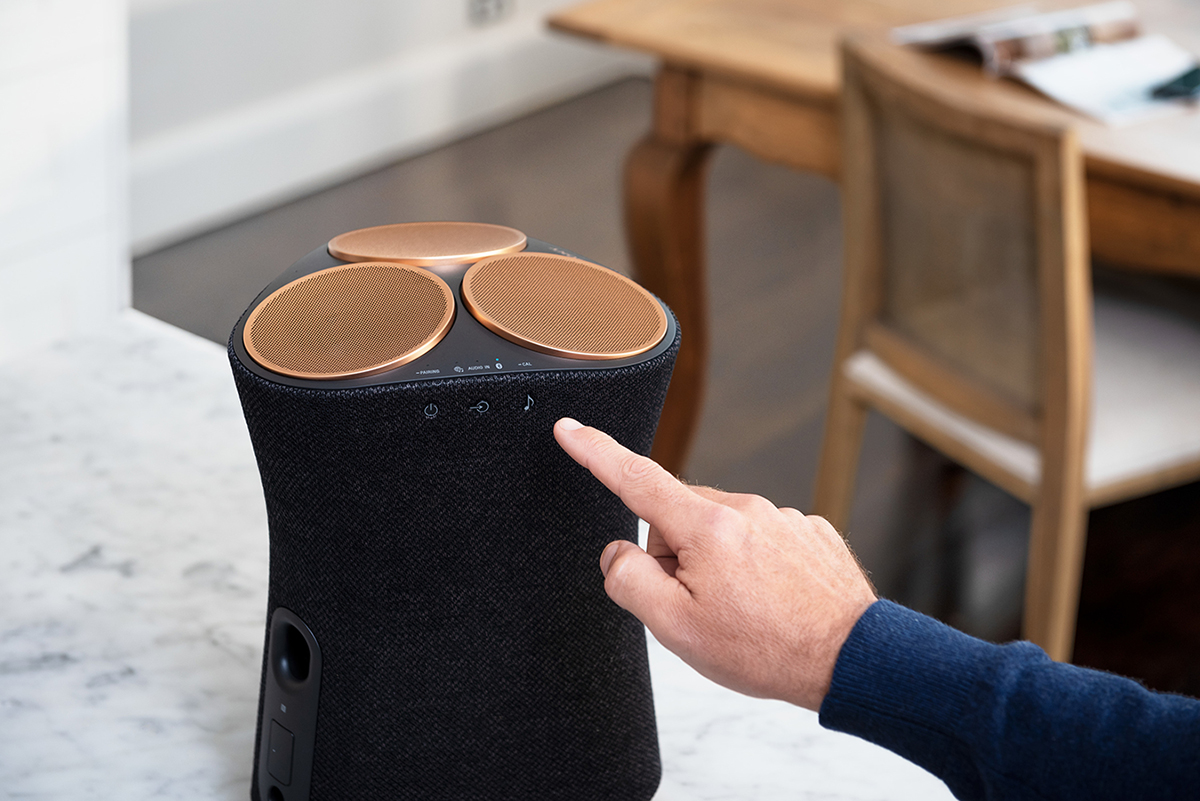 As Sony says in its own marketing copy, the new SRS-RA5000 and SRS-RA3000 speakers are designed to be "Easy to set up and effortless to use with smart features," and "fit into your life as seamlessly as they fit into your home."

The two new wireless home speakers are equipped with Sony’s "unique spatial sound technologies" and are able to "create ambient room-filling sound. A fantastic enhancement to any home, they allow you to immerse yourself in your favorite music and create a serene and soothing atmosphere where music can be your perfect companion."

The Sony SRS-RA5000 and SRS-RA3000 speakers are designed for those daily situations when users are reading, cooking, working or listening to music, primarily functioning as "a high quality and premium 2-channel audio experience that fits perfectly into any home." In addition, the RA5000 and RA3000 offer ambient room-filling sound, thanks to Sony’s unique spatial sound technologies.

So What's Spatial with These?
Based on Immersive Audio Enhancement and 360 Reality Audio technologies, the Sony RA5000 and RA3000 speakers are able to fill a room with sound both vertically and horizontally to create a broad and wide sweet spot. 360 Reality Audio tracks - which were processed spatially as object-based mixes - can be enjoyed from compatible music streaming services because they incorporate the three-dimensional sound location data which means they can be rendered correctly by these speakers, to deliver the all-encompassing spatial sound.

And Immersive Audio Enhancement, a unique algorithm from Sony, is able to transform any 2-channel stereo tracks to fill the room with sound and further enhance the listening experience (the Aural Exciter effect translated to three dimensions...). 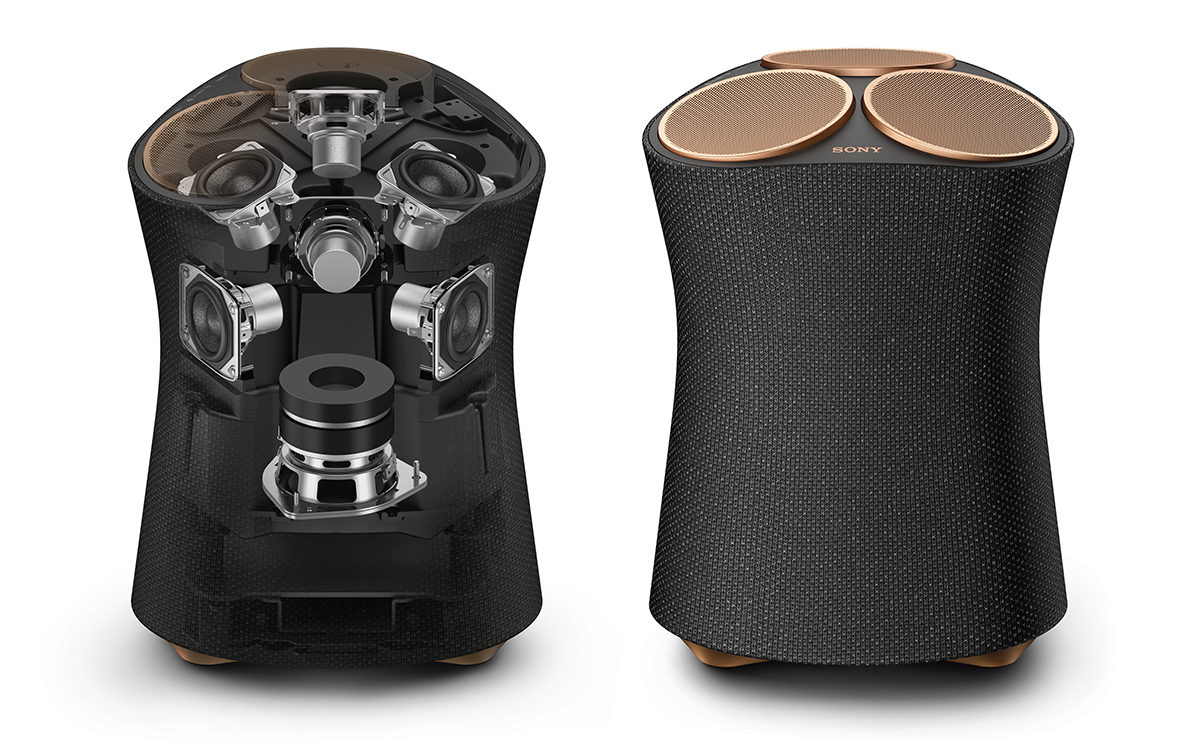 The Sony RA5000 is also Hi-Res Audio certified (mandatory in Japan these days) and features a trio of up-firing speakers that spread music vertically, while the three middle sited speakers spread sound horizontally. Each driver features neodymium magnets and a mica reinforced cellular diaphragm with reinforced rigidity whilst maintaining a compact size. These multiple drivers are complemented by a down-firing subwoofer. Together, the sound system is able to generate a rich full-range sound with deep bass, superior to standard compact wireless speakers.

The slimmer RA3000 achieves omnidirectional sound with deep bass by using a full range speaker, an omni-diffuser that spreads sound throughout the room in every direction, combined with a dual passive radiator to reinforce the bass. The speaker’s overlapping beam tweeters form a wave front that goes upward, which is the part that creates the "immersive" experience.

Just like Apple's HomePod, the RA5000 and RA3000 speakers both feature Sound Calibration, allowing optimal sound performance wherever they are positioned within the home. But in the RA5000 the acoustic calibration is not automatic. Users need to hold the Immersive Audio Enhancement button on the RA5000 and it will conduct a detailed sound calibration adjustment for optimum audio performance for the room it is placed in. The RA3000 is able to run a simpler auto adjustment which takes place in the background while music is playing. If the user changes the position of the speaker, it is possible to activate the RA3000’s automatic recalibration by turning the speaker off and on again. The speaker will recalibrate itself to the new room position.

Using the same calibration features, Sony implemented a way for users to set a consistent volume between tracks. The Auto Volume feature on both the RA5000 and RA3000 automatically finds the perfect volume for each track, taking into account the general playback volume that was determined by the user. The speaker effectively adjusts loudness, track-by-track, to create a stress-free listening experience for the user - and there goes the "music as the artist intended," and loudness standards discussions down the drain.

As premium smart-speakers, the new Sony RA5000 and RA3000 are compatible with Amazon Alexa and Google Assistant-enabled devices, and have Chromecast built-in. Both models are Wi-Fi enabled (but don't support Apple AirPlay), feature Bluetooth and NFC, and support Spotify Connect. Both speakers also support multi-room playback that lets users play the same, or different, songs in separate rooms at the same time via speaker groups setup with the Google Home or Amazon Alexa apps. And users are able to control the speaker from anywhere in the house using the Sony Music Centre app on a smartphone, which also allows controlling the various settings for a personalized listening experience. 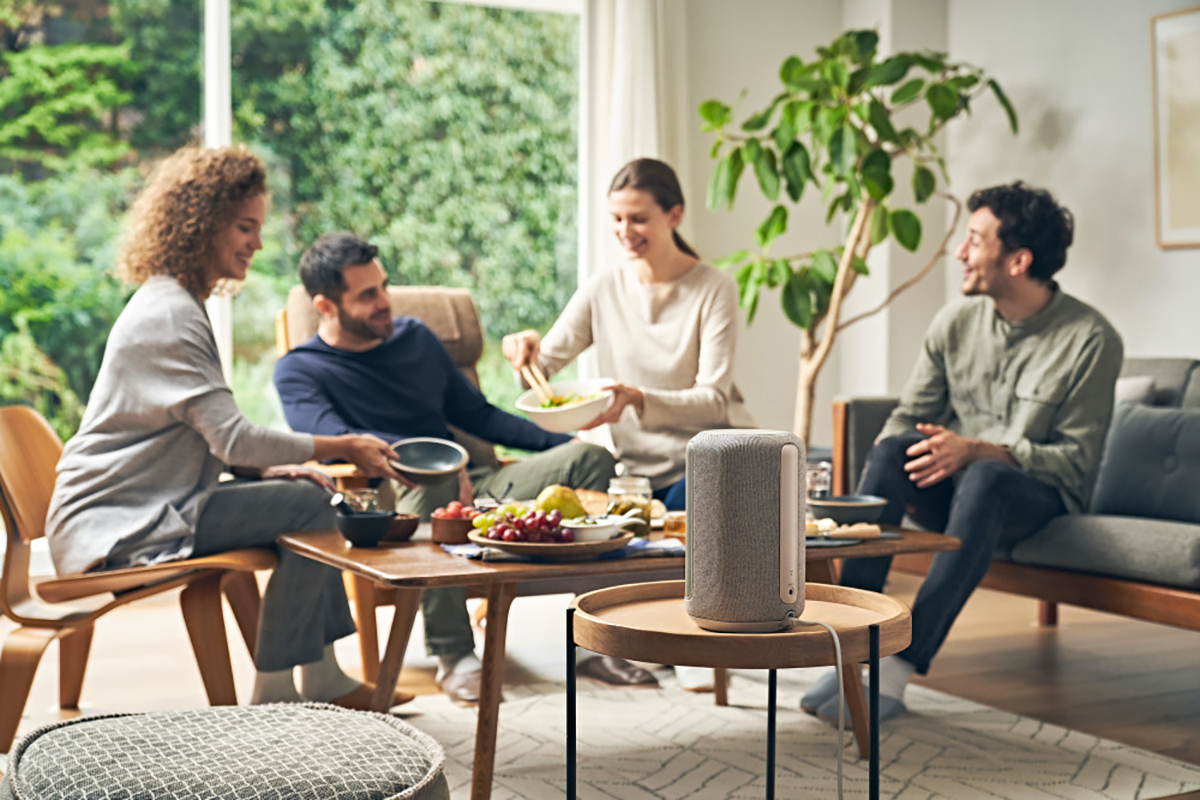 Since they are Sony products, the RA5000 and RA3000 are also both able to wirelessly connect to compatible Sony Bravia TVs via Bluetooth, to expand the audio performance of those TVs.

The RA5000 and RA3000 are available in a black body with contrasting copper highlights, with the RA3000 also coming in a light grey fabric body with silver accents. This is because the RA3000 is humidity resistant, so that users can use it in the kitchen and bathroom. The SRS-RA5000 model will be priced at approximately $550, while the SRS-RA3000 will be priced at just $300, both available from February 2021.
www.sony.net
related items