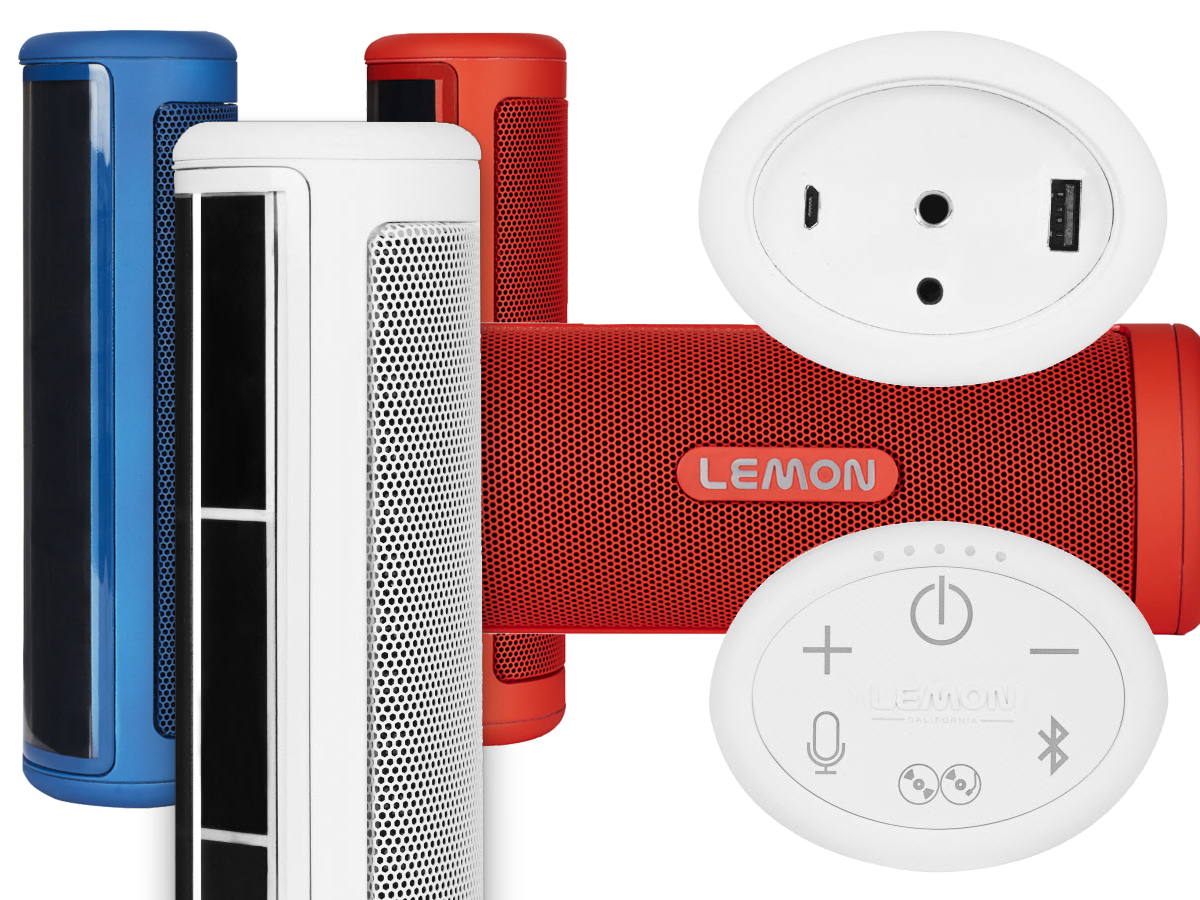 What caught our attention immediately, while looking at Lemon’s promotional video, was the use of solar power on a portable speaker. That seemed to be already a differentiator on the crowded Bluetooth speaker market and the company says its solar panels provide “the highest quality of charging power available on the market.” But while one watches the “happy video” of dancing young models driving an open jeep to the beach, the biggest surprise comes from the images of the California Roll being used in the water - actually, even under water while diving and surfing! We don’t know how the company is going to pull this one off, but we will certainly follow the Kickstarter project with much interest. 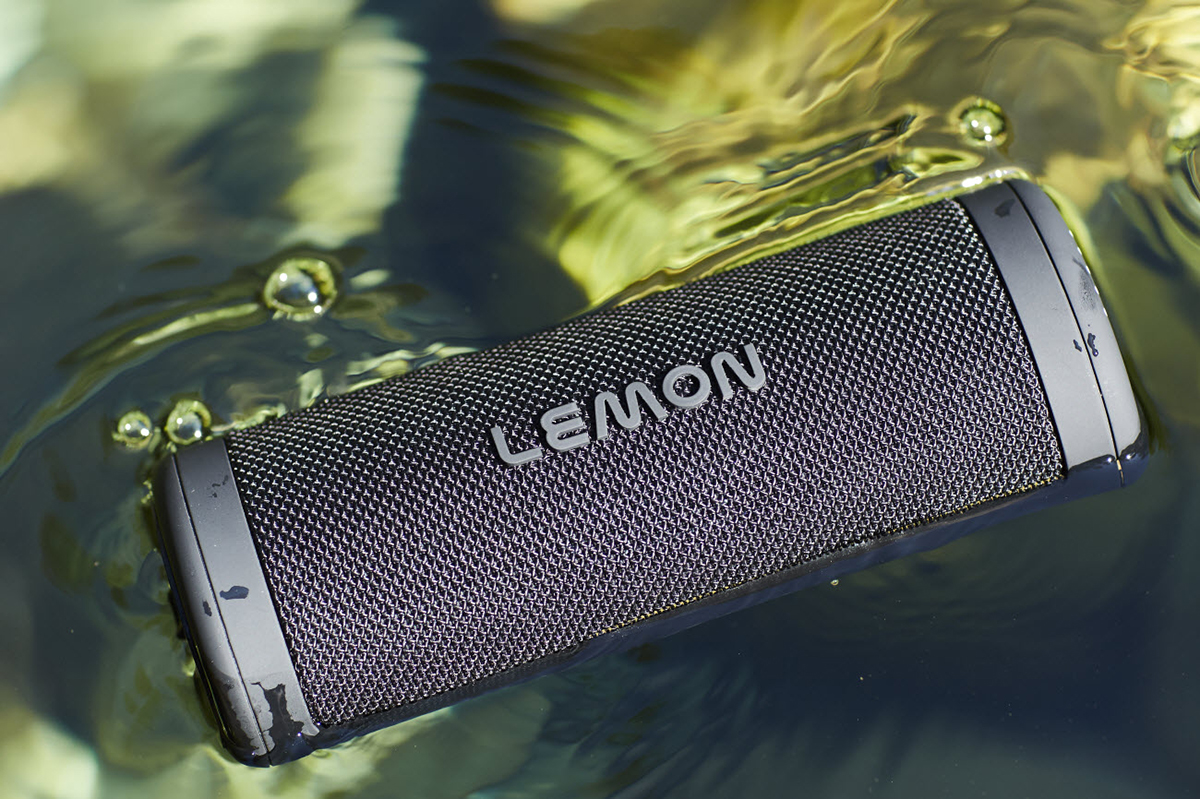 California Roll by Lemon is the first product from a Californian start-up, founded by Vincent Dupontreué, a French entrepreneur familiar with lifestyle and fashion items. The company’s presentation says he founded his own high-end Swiss watch brand - Breva - based in Geneva, in 2010. Interested in the tech industry and the American market, he decided to create an american business and established Lemon in 2015, based in San Francisco. As Dupontreué explains, he wanted to create a product that was green and sustainable, but also fun and accessible.

“One morning, I realized how much I hated the hassle of cords and cables from all of my electronic devices, especially when I travel. For the typical business man, I am traveling all of the time, and often will go places that do not have the same outlet to charge my electronics. I realized that this burden could be relieved with the use of solar power on any of these devices. However I also realized that solar technology is difficult to manage because most of these electronic devices have a small surface space for solar cells to work on. This is where I decided to merge my interest in solar technology with my passion for music, by creating a solar powered speaker that would boast high quality sound. From this idea Lemon was born.” 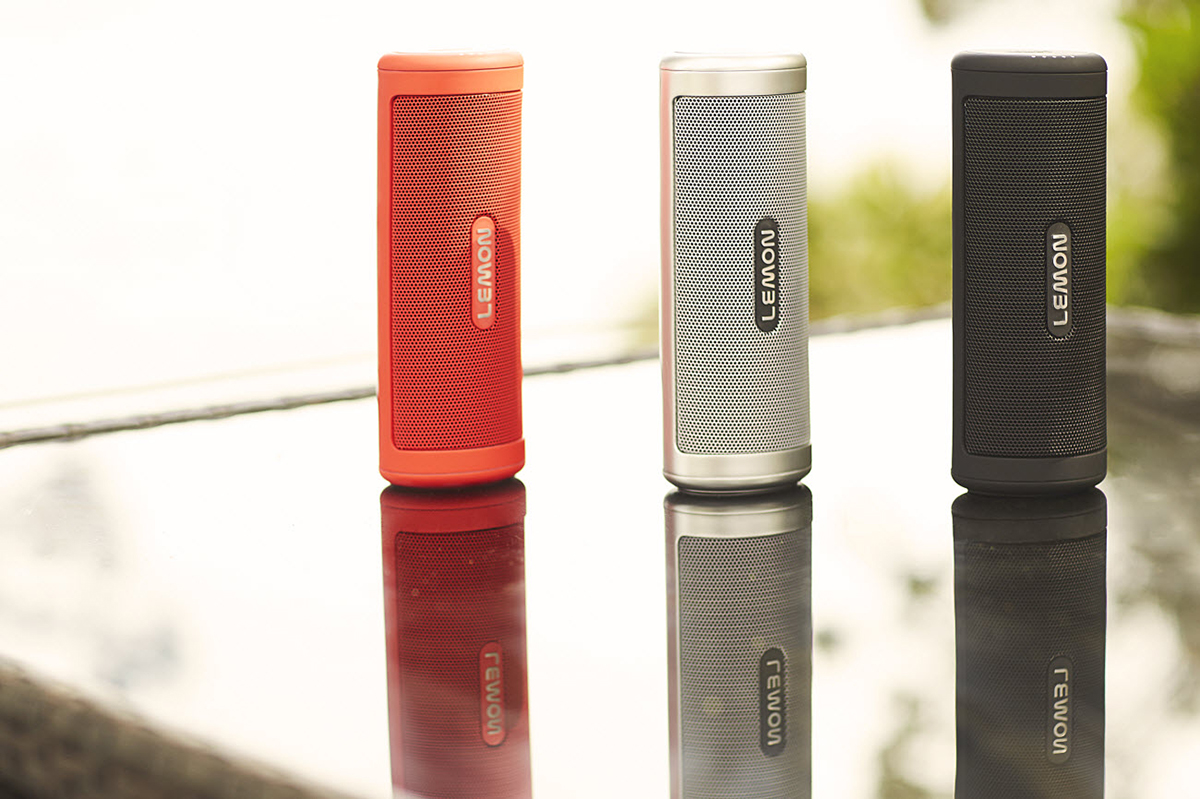 The California Roll speaker campaign was launched on Kickstarter  on July 19, 2016 and the company says it is the result of collaborations between sound, solar, and Bluetooth industry experts. The speaker is called California Roll because of its shape, and comes equipped with a menu command panel on one end, and a USB port, micro USB connector, and AUX input on the opposite panel. This bottom face panel has a top layer to protect the ports, sealed by a D-ring to insure waterproofing, removable at any time by unscrewing it. The charging outlet allows charging not only the device, when solar power is not available, but also any other devices.

The speaker itself features a 2x10W stereo amp to feed three 1.75 inch drivers (IP protected for waterproofing) and a passive radiator behind either a metal grill, or a mesh grill, on one half of its oval surface. The solar screen, made up of nine thin panels, takes the other half. Lemon says they have decided to create two different speakers with different grill styles to accommodate as many preferences as possible. Lemon also details that the speaker will be able to be configured in multi-host mode, wirelessly linking multiple compatible Bluetooth speakers together to play the same music from the same device.

On the top menu side is the power ON/OFF button, volume controls, and different feature controls for Voice Recognition, Multi-host, and Bluetooth/pairing. The battery life of the  California Roll can be tracked by the five light dots. Lemon doesn’t reveal if the speaker features digital signal processing. They basically say they use “both impulse and frequency response”, to control the sound generated and create “an immersive experience”, described also as a “3D audio effect” with “powerful bass and a higher clarity of sound.“ 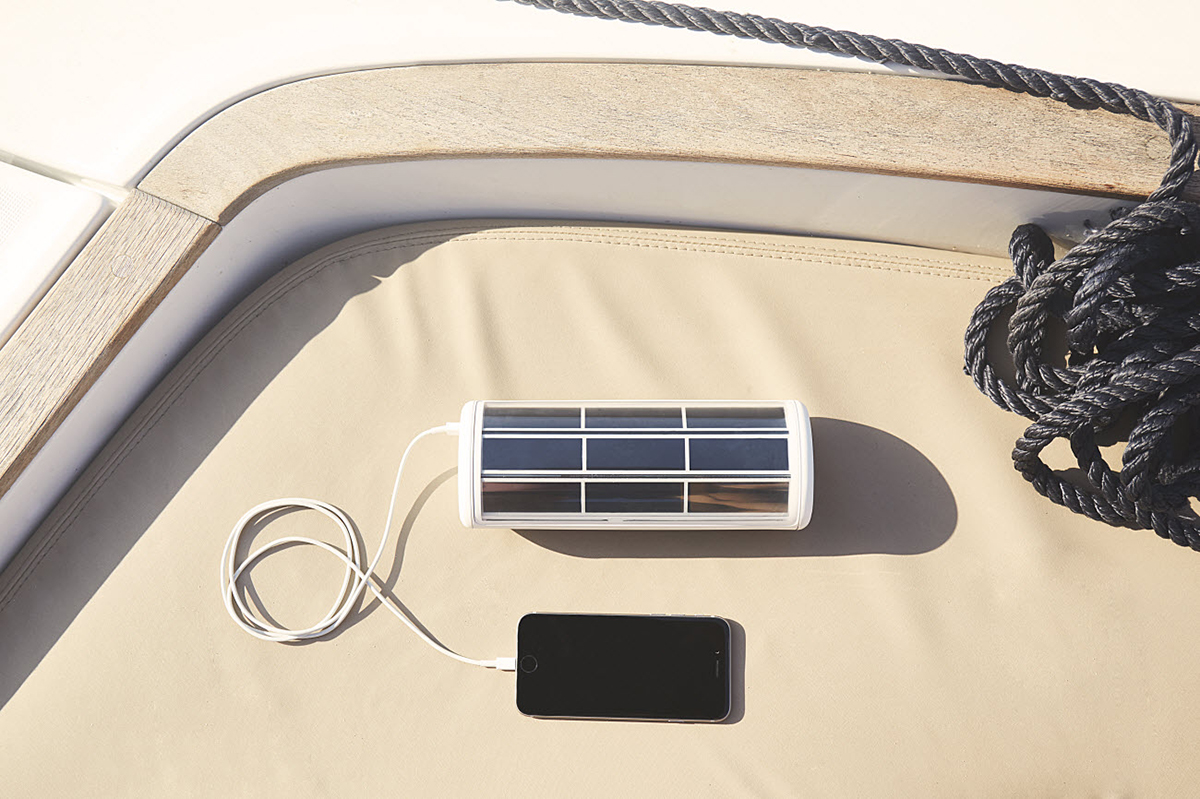 Regarding voice recognition, Lemon says the California Roll “understands speech by pattern matching, pattern analysis, statistical analysis, and artificial neural networks.” Although these approaches seem confusing - as Lemon admits - it means that the company is creating not only a completely self sustainable speaker but also a “smart speaker”, able to be used for hands-free control and communications when paired with a smartphone.

Other California Roll specifications detail the use of Bluetooth 4.1 with support for established audio profiles and aptX. The built-in battery is Lithium Polymer (3.7Vdc, 5000mAh) and allows for up to 20 hrs of play time, charging in 7.5 hrs using solar or 4.5 hrs from the Micro USB 5Vdc 2.3A external adaptor.

Lemon is targeting a retail price of $249 after the launch of the California Roll, being now promoted on Kickstarter for $149 (super early bird) to $199. The company is targeting to ship the speakers to backers at the end of 2016, with a presentation of the finished product at CES 2017.
lemon-california.com
related items