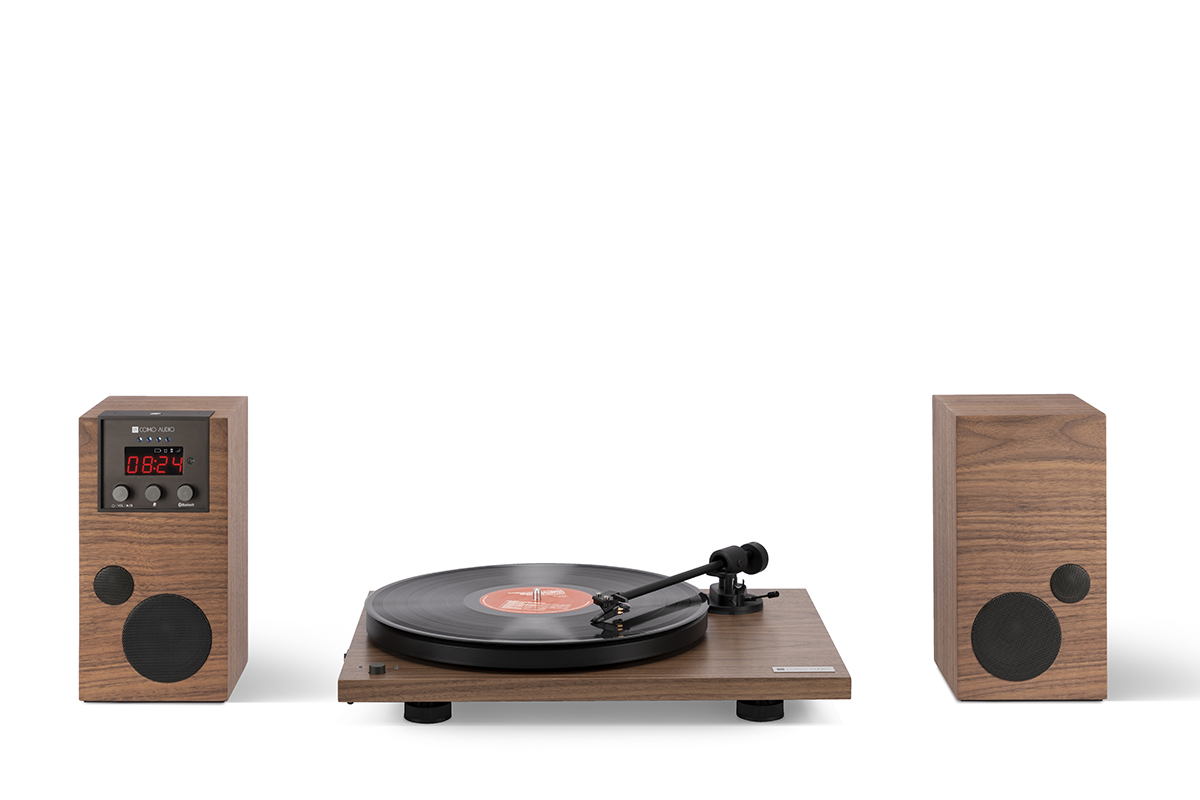 Music should be listened to as it was intended for music lovers to enjoy and that is in stereo through two or more speakers and not one device. Because many voice-activated devices are used mainly to play music, Como Audio introduced the SpeakEasy Stereo System for those who want the pleasure of listening to great sounding music and using voice commands for controlling compatible devices around the home, planning a day and managing tasks.

The new SpeakEasy Stereo System with the Google Assistant built-in can become the core of a multi-room stereo system.  Existing Como Audio customers can connect their current models to the SpeakEasy Stereo System with Google Chromecast Audio devices to group all the units to play music together. And like any system with Google Assistant users can not only ask “Hey Google, play jazz in the kitchen” but they can also control home automation through the free Google Home app for iOS and Android.

“Today people of all ages have active lifestyles and want the ability to not only better control and organize their life, but to have access to great-sounding music from several sources playing in true stereo as it was meant to be heard,” says Tom DeVesto. “As with other Como Audio devices, we wanted to fill a void and offer the first voice activated smart device that allows the listener to enjoy the music in robust stereo sound.”

Like all Como Audio products, the new SpeakEasy Stereo System is available in a furniture-grade wood veneer cabinet in a walnut, hickory, piano black, or piano white finish. It comes with actual knobs to control volume, Play/Pause, Bluetooth, and other functions, and a visual display of time and alarm function.  It is powered by a 100-240V external adapter and a battery pack for portability with built-in charger for portability.

The SpeakEasy is compact measuring 9.4” H x 5” D x 4.9” W and weighs only 3.9 pounds with anodized aluminum knobs and face plate. The alarm, which contains a snooze feature, is set by voice command. It has an optical sensor to automatically adjust the backlight based on ambient light conditions. It has 4 Assistant white LEDs to indicate when it is “thinking” and a battery icon to indicate when the battery is being charged.

Each unit comes with a 1 x 3” custom 4-layer voice coil woofer, and 1 x 3/4” dome tweeter. The tuned rear bass port provides for efficient bass response and extended range, it also doubles as a convenient carry handle for portability and comes with a custom LI-ion 2200mAh battery pack that will playback for approximately 8 hours on a full charge and will fully charge in roughly under 4 hours. Outputs are available for USB charging.

The new Como Audio SpeakEasy Stereo System is expected to be at market in fall 2019. It is suggested to retail for $399 in walnut and $499 in designer finishes of hickory, piano black, piano white or five fashion colors (basically it’s the piano white finishs with knobs and grilles in scarlet red, powder blue, mellow yellow, seafoam green or ballet pink) with a 2-year warranty.

The Streaming Turntable
As vinyl records top the popularity charts and enjoy a resurgence among music lovers of all ages, Como Audio also introduced its first streaming Turntable by Tom DeVesto. “Vinyl is making a comeback and sales are soaring,” says Tom DeVesto, Designer and CEO of Como Audio. “If you ever listened to a master recording on vinyl, it is hard to go back to digitally recorded music, plus once you start collecting vinyl – you won’t want to stop. With the addition of our streaming turntables, we can now support all forms of content delivery.  You can play records in one room and stream them all over the house to all our products.” 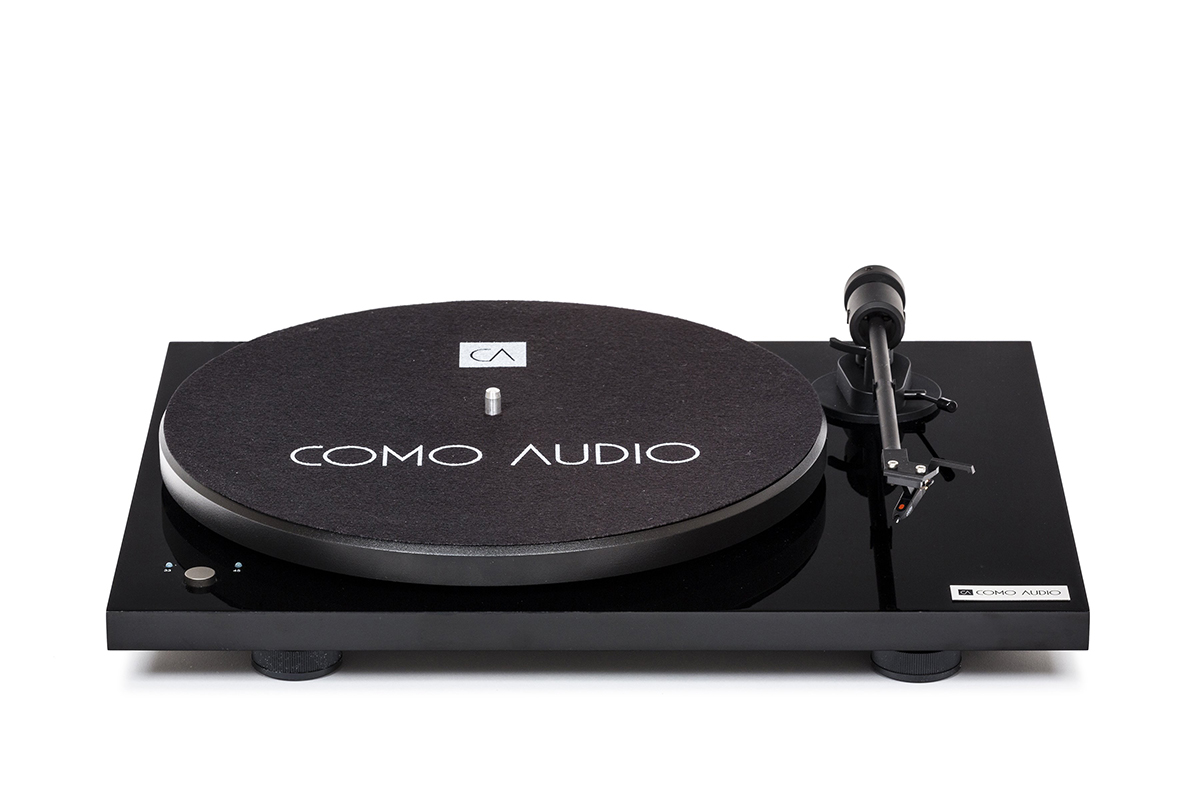 The Como Audio turntable is precision belt-driven with a real wood veneer or multi-layer high gloss piano plinth with a medium density fiberboard (MDF) substrate and an anodized aluminum speed button, all designed to perfectly complement existing Como Audio music system finishes. It can be conveniently connected wirelessly via Bluetooth or with an audio cable using the integrated moving magnet phono pre-amp output to any Como Audio or other music system’s Auxiliary input.

A black felt mat, removable dust cover, and 15V/0.8A, 110V 60Hz or 230-240V 50Hz external power supply are included along with a two-year warranty, not including the stylus. The Como Audio Turntable comes in Walnut, Hickory, Piano Gloss Black, or Piano Gloss White finishes to match products in the Como Audio collection, and retails for $399.

The Crowdfunding Strategy
Tom DeVesto, consumer electronics and audio hall of fame legend, has been bringing quality products to market for over 40 years. Como Audio was founded in 2016 as his third audio company to fill a void in the marketplace with exciting never seen or heard before music systems that always sound as great as they look. His former audio companies, Cambridge SoundWorks and Tivoli Audio produced products that easily became consumer favorites and promoted products through traditional marketing techniques, online marketing and dealers. However, with Como Audio, Tom DeVesto has turned to “crowdfunding” marketing strategies to build a community of backers and investors that want a stake in his company.

“Crowdfunding gives us the opportunity to create sales for our company before a product is introduced to the marketplace, giving you the confidence that you are on the right track and being closely watched and followed by an online community,” says Tom DeVesto, Como Audio founder and CEO. “You also have access to thousands of consumers who have a vested interest in your company and its new products and the ability to communicate and interact directly with the consumer, giving you first-hand feedback of your offerings.” 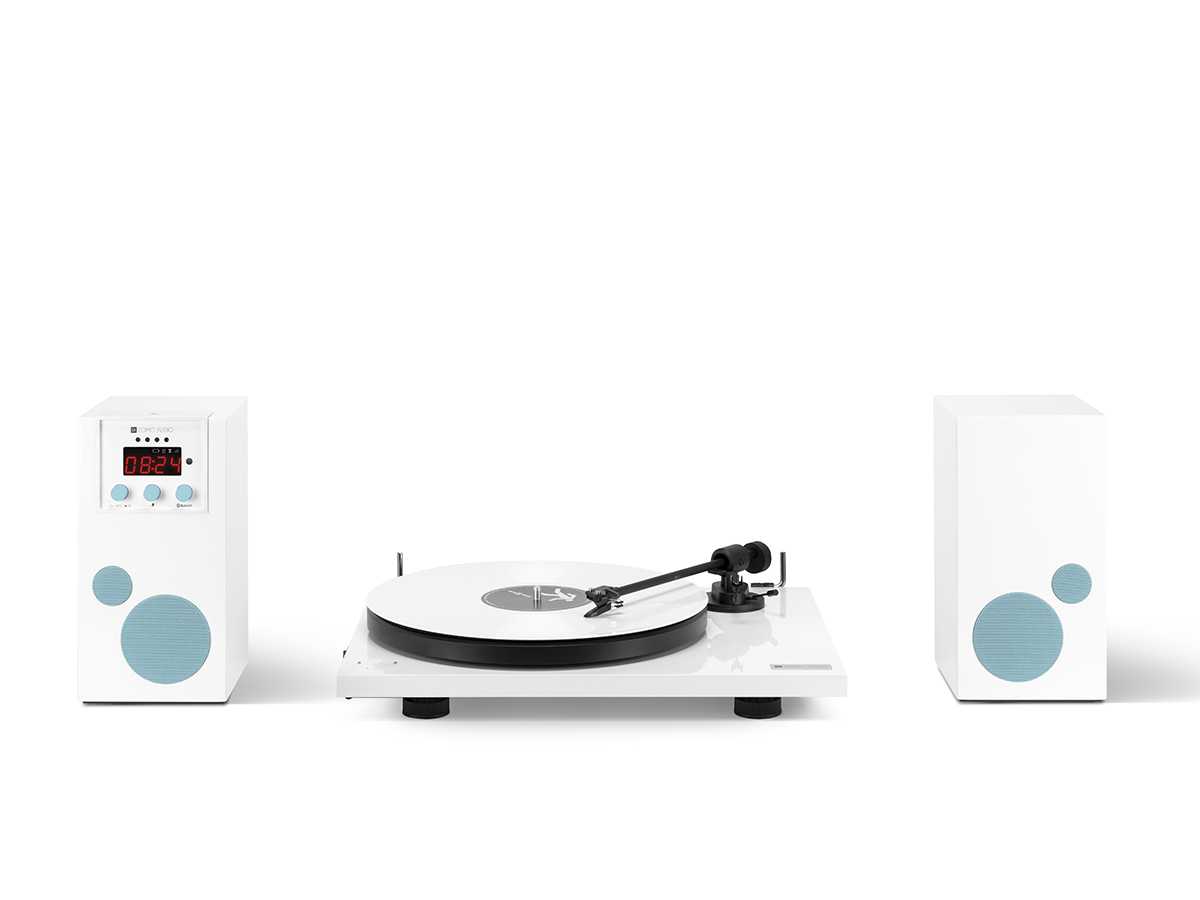 Como Audio brought its first product offerings to market through highly successful Kickstarter campaigns in 2016 and 2017 that exceeded goals and produced a solid community of satisfied backers. However, the 2018 Kickstarter campaign did not meet its goal and sent Tom DeVesto back to the drawing board wondering what went wrong.

“Our 2018 Kickstarter campaign offered the first SpeakEasy multi-room voice-controlled music system with Google Assistant built in,” says Tom DeVesto. “Our mistake was that we introduced it as a single mono system and not in stereo, which allows the music to be heard as the artist originally intended with great depth and volume.”

This year Como Audio is bringing the new SpeakEasy Stereo and its new Bluetooth Turntable to market through an Indiegogo campaign which launched July 16. The Indiegogo offers include Early Bird pricing on the new SpeakEasy Stereo in walnut at $249 (retail value $399) and on a SpeakEasy Stereo and Turntable bundle at $499 (retail value $798). In addition, the company is currently running a Wefunder campaign to invest in Como Audio and expects to raise $1 million by the end of the year through a community of investors looking to own a piece of the company. “Music is my lifeblood. My entire professional life, in all the companies I've founded and sold, I've pursued a single goal: delivering music the way the artist created it,” concludes Tom DeVesto.

There is a strong movement toward crowdfunding and Como Audio plans on staying ahead of the “crowd.”
www.comoaudio.com
related items