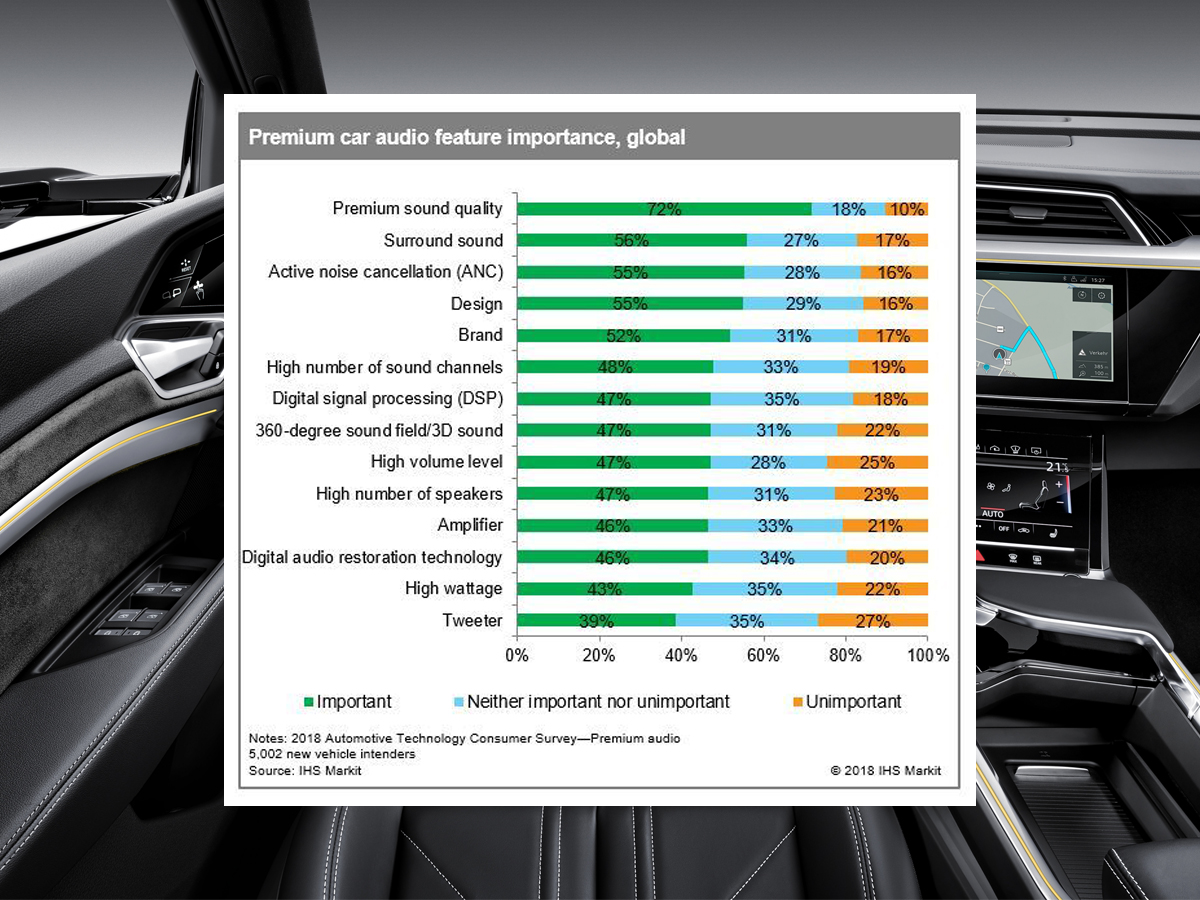 A recent IHS Markit survey confirms consumer demand for automative audio systems remains high, with more than half of respondents indicating preferences to have a brand name car audio system in their next new vehicle. Five key automotive markets were covered in the analysis, including the U.S., Japan, China, Germany and the United Kingdom. Among survey respondents, 73 percent indicated that a brand name audio system would influence their vehicle purchase decision. In addition, 54 percent of those respondents that wanted a branded audio system wanted it to be standard on their vehicle.

Responses from more than 5,000 vehicle owners across the regions indicating an intention to purchase a new vehicle within the next 36 months were analyzed and reviewed in the 2018 Automotive Premium Audio Consumer Analysis. This is the sixth annual survey of its kind from IHS Markit and identified key attributes for consumers, providing insight into preferences, desires and future interest as new vehicle intenders return to market. A number of subjects were covered.

While many respondents were very interested in branded audio solutions, there seemed to be a lack of understanding as to what features within a system actually mattered. Premium sound quality reigned as the number one desired feature (after also leading in the 2017 survey), with 72 percent of respondents stating that this was the most important feature. Follow-up features included surround sound, active noise cancellation, and design – with all of these features ranking ahead of brand.

“There also seems to be a lack of understanding on what constitutes a premium system,” says Brad Gottschalk, automotive audio analyst at IHS Markit and the report’s co-author. “Customers seem to equate quality with brand, rather than specific individual features.”

Among consumers surveyed who had owned a premium audio system in the past, 83 percent were very likely or somewhat likely to recommend the same branded system to others, signifying an intense brand loyalty. This is especially important considering the reasoning as to why respondents chose a specific audio brand, with the top two responses being “The brand had good quality sound” (64 percent) and “The brand had a good reputation” (58 percent). Considering the earlier noted findings that consumers are unsure of what constitutes a premium system, a clear value proposition exists for vehicle manufacturers and premium audio suppliers to continue to focus consumer education efforts on their brand’s value in these terms. 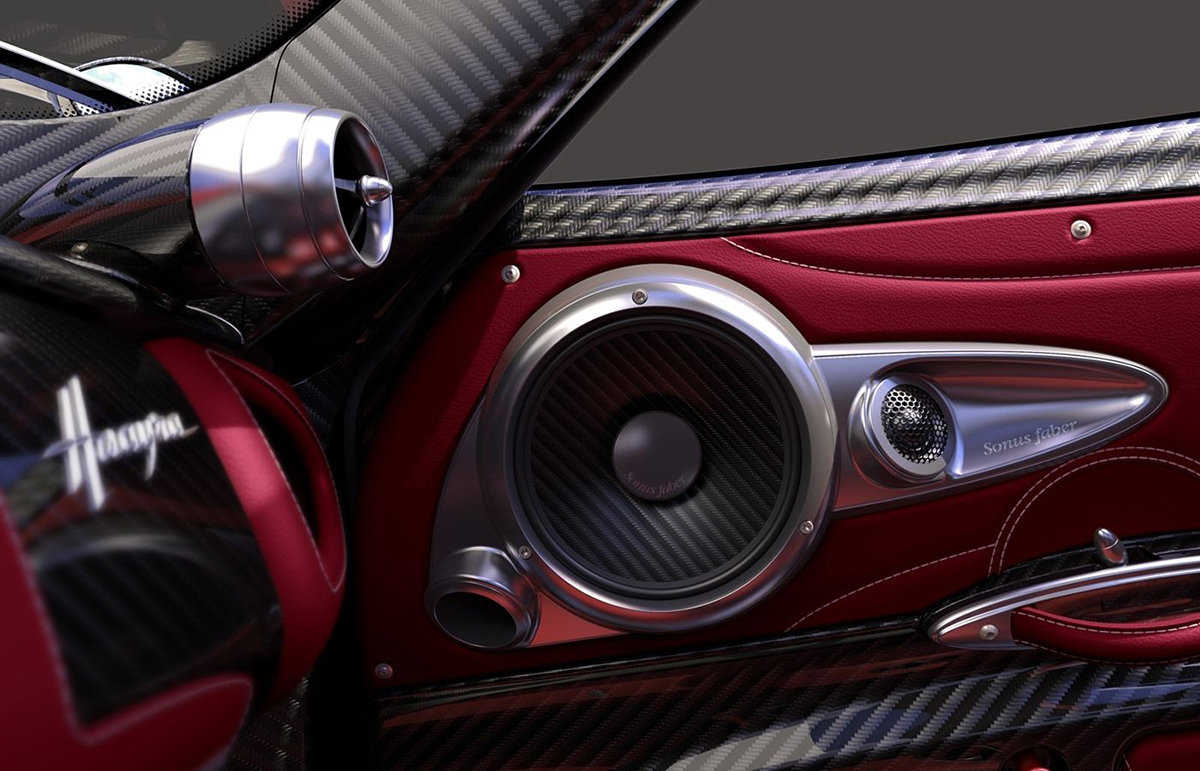 Dealer’s Role in the Selection Process
Dealership sales personnel have a very important role when it comes to respondents choosing to upgrade to a premium audio system when purchasing a new vehicle. Respondents who had a premium audio system were asked if the dealer demonstrated the system for them. Approximately 50 percent had a dealer demonstration during the purchase process in their last vehicle. After the demonstration, 30 percent of respondents were essentially convinced during the demo to purchase a branded audio system.

“The dealer clearly plays a pivotal role during the process of purchasing upgrades and additional features in the vehicle,” says Gottschalk, “while a large group of respondents made the decision only after receiving a walkthrough of the system.” This points out the fact that there may be some opportunity for OEMs and suppliers to provide additional training for dealership personnel to help them demonstrate premium audio solutions, therefore contributing to the ultimate sales decision.
www.ihsmarkit.com
related items