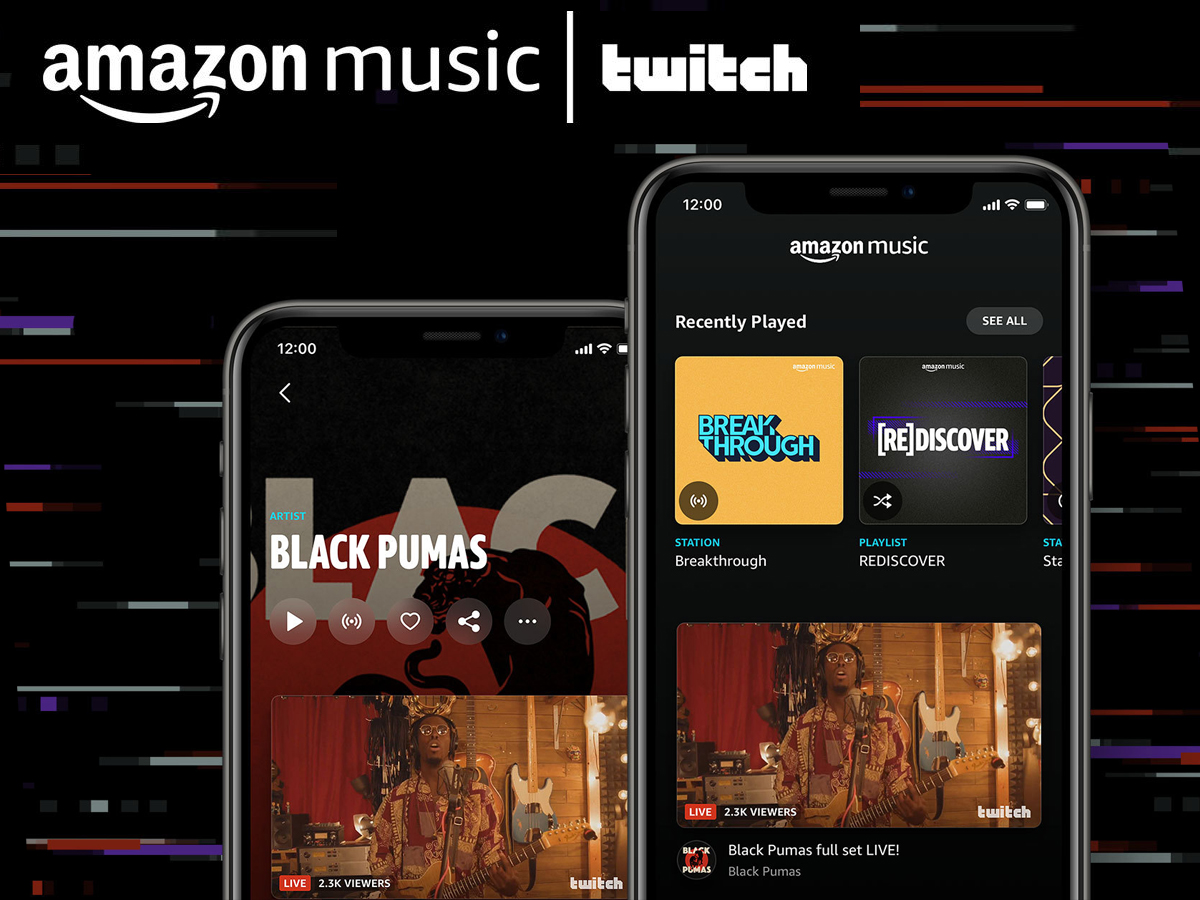 Launched in 2011 as a live platform for gamers to share their gaming experiences, Twitch quickly converted into a global community that comes together each day to create live, unpredictable experiences created by the interactions of millions. Within Twitch we can find live music performances, teachers sharing music classes, music producers just streaming their studio sessions, and of course millions of teenagers sharing casual gaming. But of course, the prime streaming experiences on Twitch are mainly world-class esports, anime marathons, and music or DJ performances.

And now, artists across the globe will be able to connect live with Amazon Music’s 55 million users (and growing) through Twitch, providing music fans with the best live in-app experience possible, and further engagement with an artist’s recorded catalog. Which service will be promoting which, it doesn't really matter, what will increase is the reach for live performances, particularly at moments when attending physically an actual live show is not possible.

"The combination of live streaming, coupled with the on-demand playback of songs on Amazon Music is groundbreaking," says Ryan Redington, Director, Amazon Music. "We’re providing artists with more tools to instantly engage with fans, and this new feature couldn’t arrive at a more crucial time in the industry. More than 1,000 artists have already connected their Amazon Music accounts to Twitch, and this is just day one. Together with Twitch, we’re making it possible for artists across all genres, at all moments of their careers, to harness the social power of live streaming to create more engagement with their recorded catalog."

At a time when in-person events are limited, artists will be able to establish a real-time connection with their existing fans on Amazon Music. Artists from superstars to those emerging in their careers can now leverage Twitch and Amazon Music to engage with stadium-size audiences.

"Twitch has always been about connecting amazingly talented creators live with fans everywhere,” says Tracy Chan, VP, Head of Music at Twitch. "That’s why we’re excited to announce the next phase of our ongoing partnership with Amazon Music that unlocks an entirely new world of live music experiences and engagement by connecting Twitch live streams and Amazon’s catalog of recorded music. Especially now, in a time when traditional venues are closed and tours have been cancelled, musicians are looking for new ways to continue creating, connect with fans, and build community. Twitch has become the place to co-create shared live experiences, and it’s now accessible in-app for Amazon Music’s 55 million customers.”

Twitch and Amazon Music have worked together with artists and labels to help leverage live streaming to connect more deeply with fans, including developing innovative ways to incorporate live streaming into release campaigns; creating a virtual stage for festivals and charitable fundraising events; and providing more intimate moments for artist Q&As. This year, Twitch and Amazon Music have also worked with artists across all genres to support and produce livestreams to raise millions of dollars for COVID-19 Relief efforts including Twitch StreamAid, Willie Nelson’s Luck Reunion, and more.

Fans will have a variety of ways to discover artist live streams within the Amazon Music app, including a push notification from artists they follow when they go live on Twitch; and through Amazon Music’s new “Live” browse page. Amazon Music has also made it simple for artists to link their Twitch channel with Amazon Music, using the newly-launched Amazon Music for Artists app. Artists can visit artists.amazonmusic.com/live for more information about the feature, step-by-step visuals outlining how to connect their Twitch channel, and more.