At the Prolight+Sound 2014 show there was a wealth of new components available from all major pro audio and MI speaker manufacturers. Some products were already introduced earlier at the Winter NAMM in January, while many other were worldwide launches. AudioXpress highlights new products from SICA Altoparlanti.
From SICA Altoparlanti, the speaker manufacturer founded in Italy in 1979, there was a full range of high performance speakers on display at the Prolight+Sound 2014 show, both for professional audio applications and musical instruments. 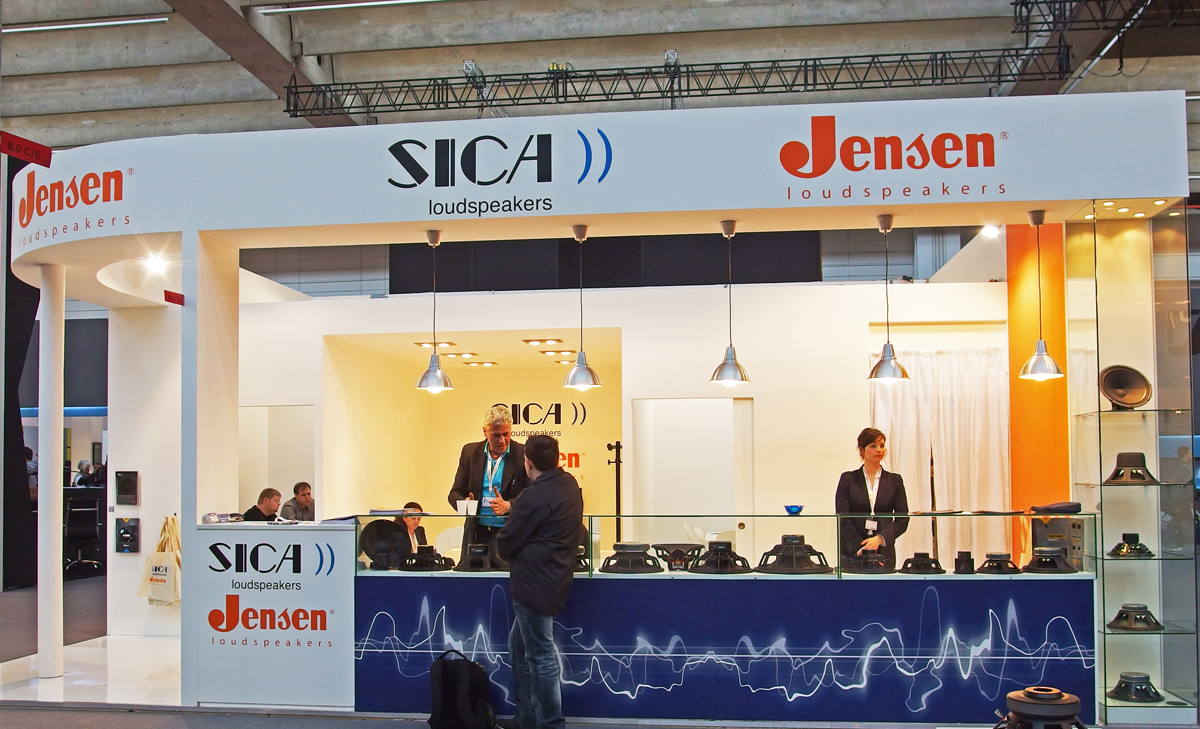 SICA is also the sole manufacturer of the famous Jensen guitar speakers. After having reintroduced, thanks to the help of talented guitarists, exact replicas of the speakers that made the history of Rock and Roll in the Fifties and Sixties, the Jensen catalogue is being expanded now with the JET series, developed to better fit modern tones.

With every speaker component engineered and developed by SICA in its Marche region factory, in the famous Music District of the central Adriatic Sea coast of Italy, SICA Altoparlanti was highlighting its new 12C 2,5CP 12” woofer for coaxial applications, rated at 500 W continuous program power and a 98.6 dB sensitivity, an aluminum basket and ferrite magnet, with a 2.5” copper voice coil, kapton former and progressive wave konex spider and cloth surround with double asymmetric rolls. The new woofer offers the possibility to mount compression drivers with 1” throat diameter, like the company’ own CD 120.44/640 compression driver.

To handle massive power and allow for a low temperature of the coil wire during intensive use, SICA used a 2.5” (65 mm) voice coil, helping the nominal impedance to remain constant, avoiding power compression. The water-proof and damping paint protects the cone from moisture and dampens its vibrations at mid-high frequencies. A wide area of overlapped glue between the suspension and the cone greatly reduces the cone break up. The flat spider allows perfect symmetrical movement and constant mechanical compliance even at high excursions. The cone suspension has asymmetrical waves to compensate for the lack of linearity of the excursion. Both the voice coil and the cone have decompression holes to eliminate the pneumatic compressions usually present in speakers with great excursions.