High End 2015 in Munich Was Another High-Quality Show 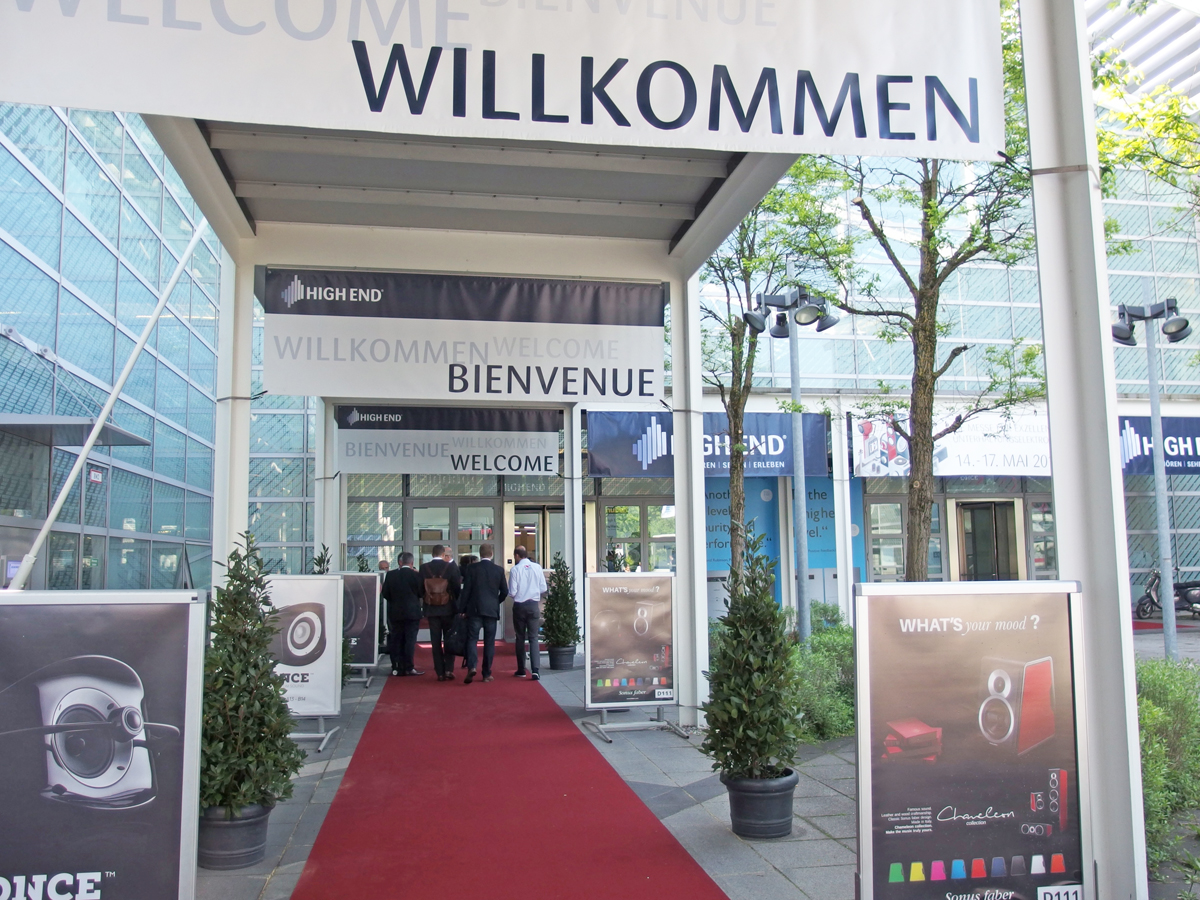 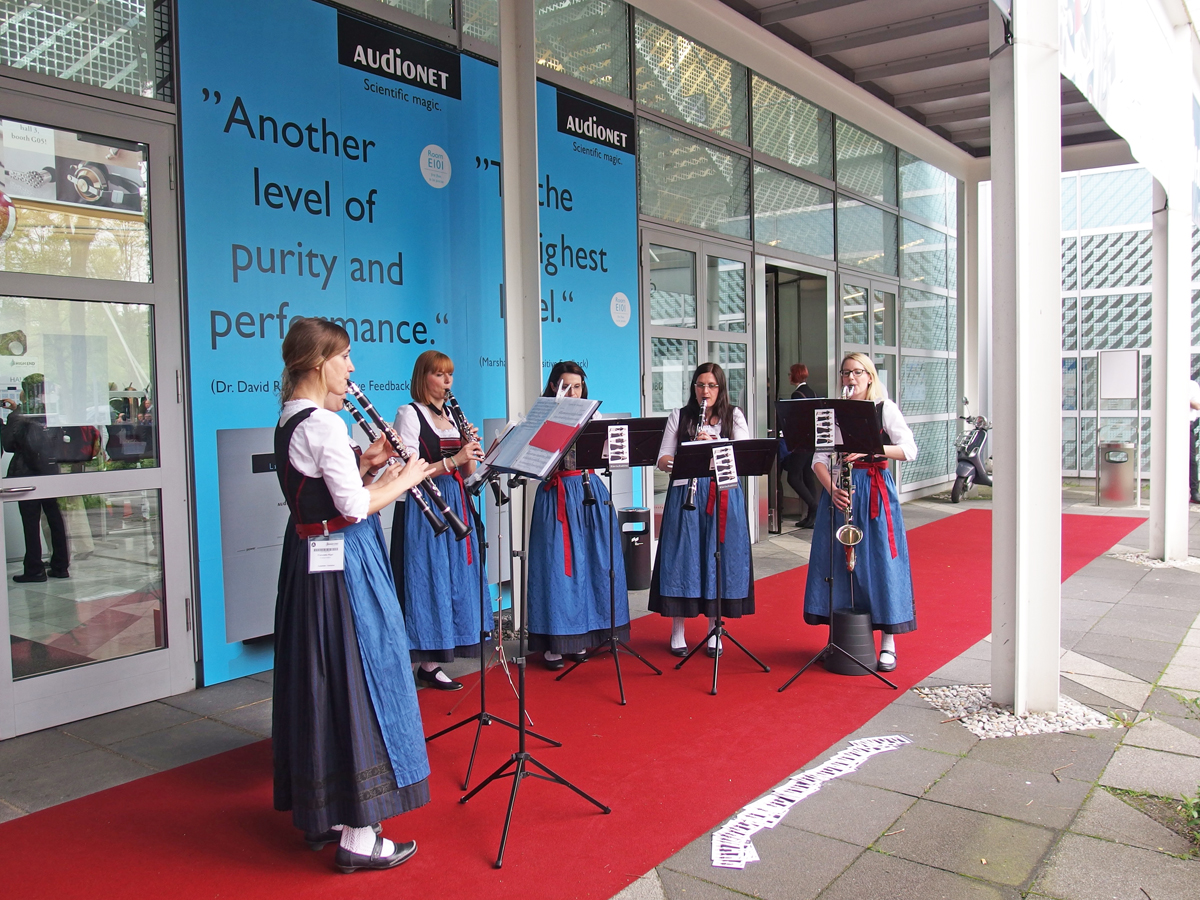 Extremely well organized by the High End Society, Munich was once again the meeting place and global focus of the international audio industry over four days. The attendance was 16% higher than the previous year, reaching 20,637 visitors. (Visitor numbers do NOT include press and do NOT include the 2,801 exhibitor badges issued.)

Just as sensational was the international and diverse presence of trade visitors who traveled from every continent in the world. The first day, for trade only, was extremely well attended and all the real movers and shakers were guaranteed to be there. Several press events marked the first show day, with multiple new product announcements in virtually every product segment.

The High End Munich yet again proved its status as the most popular international show for the consumer audio industry and underlined its leading position with record numbers of exhibitors and guests. Not only the global players, but also several small audio specialists showed their keenness to develop new products are as sharp as ever.
Kurt W. Hecker, Chairman of the Board of High End Society e.V., summed it up: “In 2015, the High End once again impressively demonstrated its position as the most important exhibition for the high-end home entertainment sector. Our customers, the numerous exhibitors from all over the world, were very happy. The atmosphere was excellent and the trade visitors and consumers showed a remarkable level of interest. What more could we want as organizers?”

“The High End clearly emphasized its character as the leading international fair,” agrees Branko Glisovic, CEO of the High End Society. “This year’s fair was another perfect opportunity for the industry to show off innovations and celebrate the legendary High End community spirit. The fair gave all those who were interested a chance to see what the international audio market currently has to offer. The High End showed that people are as fascinated as ever by high-fidelity music reproduction – no matter how big or small their wallet is. It was a great fair with a lively atmosphere and everyone was talking about the numerous opportunities for the future,” says Branko Glisovic.
Meeting in Munich
The High End provided visitors with a wide and varied range of things to see and do – whether they wanted to learn about the latest home entertainment technology, look for new records, enjoy the musical performances, compare the sound of the various music systems, examine the latest headphones, or simply chat about their hobbies with fellow enthusiasts over a tasty snack in the beer garden. The High End left nothing to be desired and had something for everyone. There was an exciting and varied mix of innovations, trends, information, opportunities for networking, live music, and a full program of entertainment and events.

The High End also has an increasingly international profile. More than 60% of the exhibitors in Munich this year came from abroad – an increase in the international presence by more than 2%. Of the 42 countries represented, Germany took first place, followed by the US, the UK, Italy, Switzerland, and France. More exhibitors from Asia, and particularly China, also came to Munich.

In total, 6,588 trade visitors from Germany and abroad came to learn about the latest technological trends. Almost two-thirds of the trade visitors (66%) came from abroad, with 71 countries represented, most prominently the UK, Italy, Austria, China, Switzerland, France, and the Netherlands. “This shows that the fair has developed internationally into an indispensable global marketplace. This means the High End has continued to grow in international prestige and is now unquestionably the most important platform for both the domestic and international markets,” concluded Glisovic at the end of the fair.
International Media Resonance
The High End 2015 show also attracted a lot of media attention from the trade press. A total of 504 journalists from 38 countries visited the fair. More than half of the journalists (53%) came from outside Germany.

The high-quality range of accompanying events proved as popular as ever. It included well-attended presentations on the technology stage, with a total of 33 presentations on the latest topics, such as room acoustics, music streaming, and much more.
In addition, special demonstrations, workshops, and presentations with acclaimed speakers on every topic to do with home entertainment were offered in several other rooms.

The highlights included the special demonstrations of the newly developed Master Quality Authenticated (MQA) music encoding and streaming system, which was shown live for the first time at a show. Companies like TIDAL (download portal), Imagination, 7digital, and Onkyo have already adapted MQA for their own purposes. Recently, a range of record companies have also expressed positive expectations for this new technology. Another special attraction was provided by Bayerische Rundfunk, together with the Institut für Rundfunktechnik, who presented the variety and quality of radio programming and technology and explained how radio is adapting for immersive experiences and new on-demand platforms.

The next High End Show takes place from May 5-8, 2016 in Munich. For more information, visit www.highendsociety.de

Some comments regarding the High End 2015 show.
Ken Ishiwata, Marantz Brand Ambassador, D&M Europe: “The High End show in Munich became really the most important show for the hi-fi industry. A lot of international visitors with huge members of press are very impressive. I believe this will continue this way for some time.”

Headphones were everywhere at the High End 2015 show. But maybe the High End Society should also consider creating a special demo area similar to what other shows are doing. We could find most of the brands and new models, but we had to walk the show and carefully look to find them all.