The 2019 High End show at the MOC München event complex (May 9 - 12, 2019), promoted by the High End Society, was once again a huge success, with a continuously increasing number of exhibitors (+ 3.8%), more visitors in total (+ 6.5%), more trade visitors from 72 countries (+ 8.6%), and most important, a high level of satisfaction among all participants. For trade visitors, it was one of the world's most significant events in the audio industry, for the public it was a unique world of experiences. 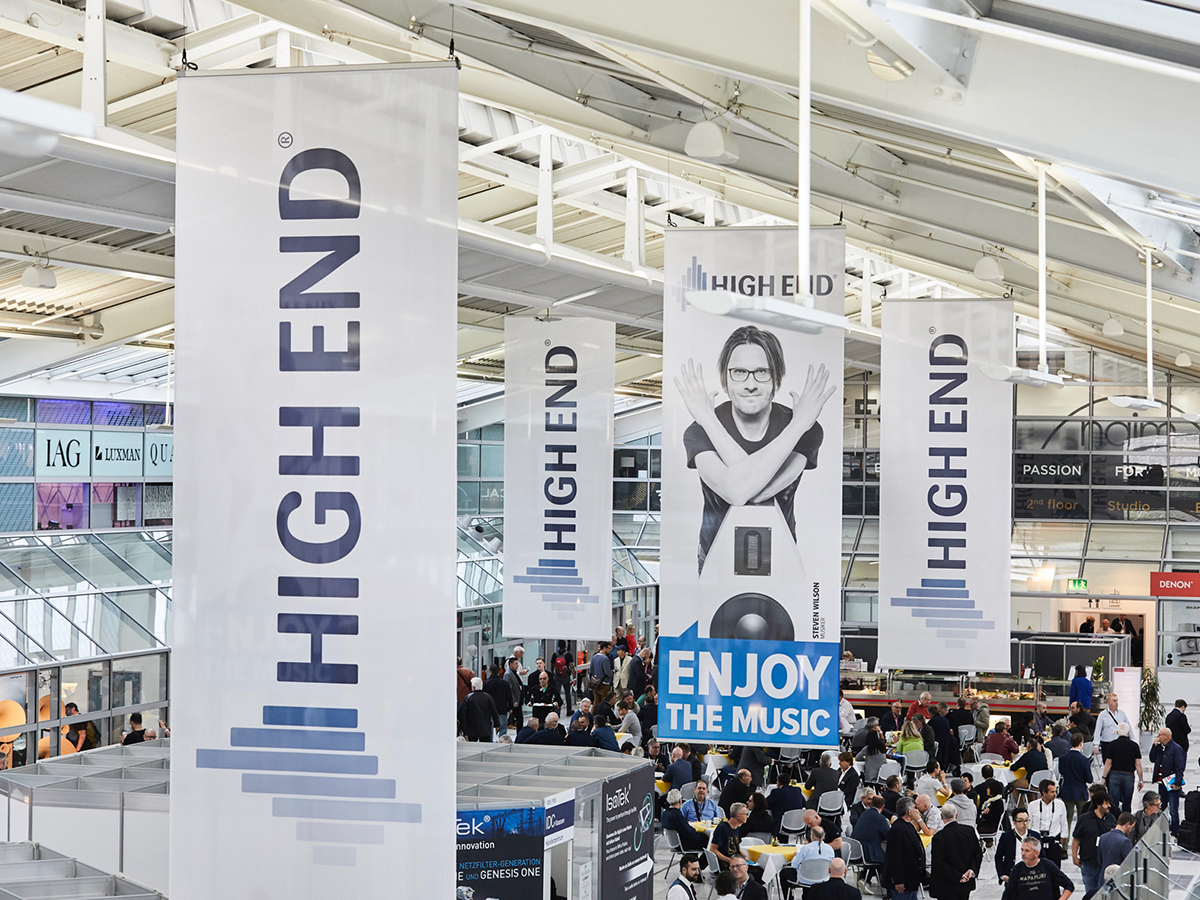 The 38th consecutive staging of the High End, featuring 551 exhibitors from 42 countries, was once again a worldwide highlight for the industry. From May 9-12, the exhibition halls and rooms encircling the atriums on the upper levels of the MOC were booked solid, and the crowd of visitors was accordingly vast. The trade show delighted some 21,180 visitors, arriving from all over the world to find out about products and trends in the audio industry.

A total of 551 exhibitors (previous year: 530) from 42 nations and 21,180 visitors (previous year: 19,899) were counted, including 8,208 trade visitors (previous year: 7,557) from throughout the world. Visitor numbers thus increased by 6.5% compared to the previous year's event. Over 21,000 visitors made their way to the Bavarian capital to gain a first-hand look at the widely-diverse audio market – from analog to digital. Friday clearly turned out to be the strongest visitor day, drawing several thousand music enthusiasts to the many exhibition stands.

551 exhibitors, 67% of whom were international, presented a broad range of products at the High End. Compared to the previous year, the number of companies exhibiting increased by 3.8%. Exhibitors came from 42 different countries and, after Germany, the countries most strongly represented were the United States, United Kingdom, Italy, France, Japan, Denmark, Switzerland and China. 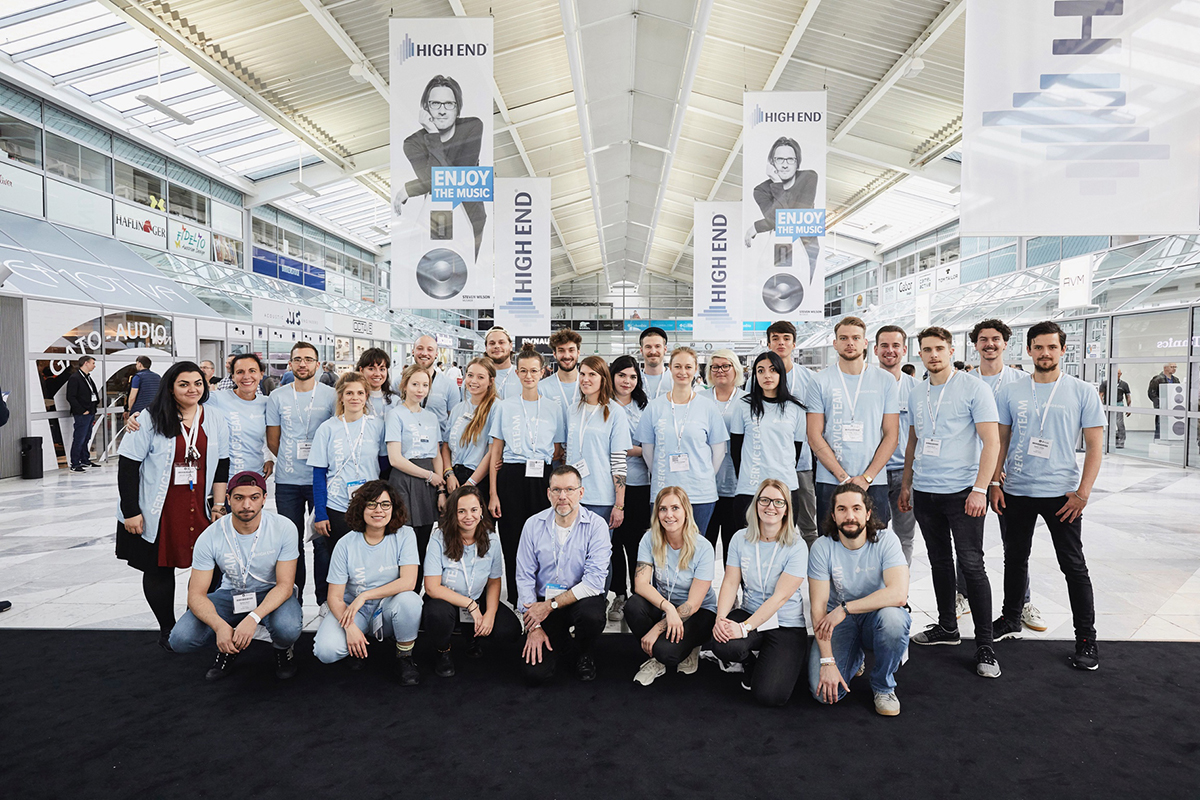 It is the combination of music presentations, the showcase of the most exquisite lines of equipment, workshops and captivating lectures that have made up the High End for decades, attracting dealers, consumers, as well as representatives from the audio and supplier industry, to the exhibition in Munich.

An absolute innovation was the "SoundsClever" initiative. The High End Society challenged exhibitors to display "SoundsClever" systems, or complete playable audio systems offering extraordinary sound performance for less than 5,000 Euros. The idea was extremely well received, and even more participants are already anticipating the challenge for 2020.

As a musical experience, the show was able to reflect the full spectrum of the audio industry – either strictly digital, high-end analog or both combined in one system. The Managing Director of the High End Society Service GmbH, Stefan Dreischärf, expressed his great satisfaction on how the exhibition turned out and the increased visitor numbers. His successful concept of linking technology and music more closely than in the past, and making it possible to experience this up-close at the trade show is reflected in the increased exhibitor and visitor numbers.

"This year, the High End was once again a complete success. The significant year-on-year rise in visitor statistics proves that with the many innovations, we were able to generate enthusiasm
among both trade visitors and consumers. The event impressively conveyed and embodied this year's main theme, 'Enjoy the Music'", says Stefan Dreischärf.

This year's brand ambassador and special guest of the High End, Steven Wilson, precisely exemplifies this living, professional linkage of technology and music at the highest level. Like no other contemporary musician, Wilson is celebrating outstanding success both behind the microphone and in front of the mixing console. Exhibition visitors were able to meet the outstanding British musician, attend an autograph session, and acquire his personally-signed special-edition "Home Invasion: In Concert at the Royal Albert Hall" 5-LP box set.

Another highlight on Friday was the presentation of the honorary prizes for the Munich music producer Eva Mair-Holmes as well as the musician and graphic designer, Klaus Voormann. The jury of the German Record Critics' Award association (PdSK) had selected both of them as 2019 honorary laureates, and they were recognized within the scope of the "Quartet of Critics" expert discussion. During this event, their recordings were demonstrated on a high-quality system, accompanied by both laureates' anecdotes to the recordings.

A video press conference with Jennifer Warnes was staged immediately afterwards. The Grammy and Oscar winner presented her new album "Another Time, Another Place" and was available via live link from sunny California to field journalists' questions. 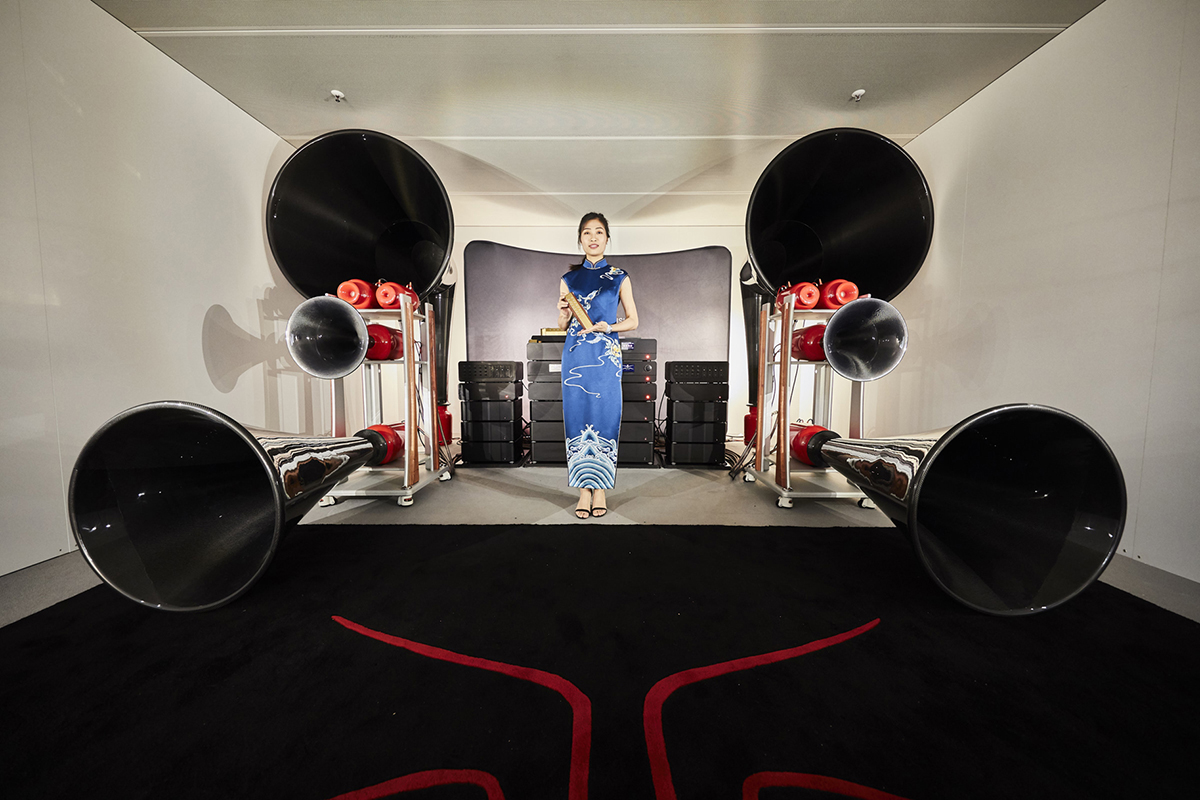 Long awaited by many music aficionados with great anticipation, music demonstrations of exquisite quality from the "Music without limits" series took place once again this year. The Saturday afternoon event featured guest French horn player and Echo prize winner Felix Klieser. He brought along his new album with all horn concertos from Wolfgang Amadeus Mozart, naturally also on vinyl. Klieser did not pass up the opportunity to play live and to enthrall visitors with spontaneous interpretations.

Another highlight at the High End was the Dynaudio Unheard Studio. Danish loudspeaker specialist Dynaudio and the organizers of the High End offered unsigned music artists the unique opportunity to use a state-of-the-art recording system. Installed in shipping containers, equipped with the latest technologies, the Dynaudio Unheard Studio was positioned outside between Halls 3 and 4, and visitors could get a full view inside and hear all the music being produced inside.

The Chairman of the Board of the High End Society, Jürgen Timm, gave a positive assessment: "It is once again impressive to see that this is the 'place to be' for the audio industry. Consumers' fascination for good music and the continued interest in high-fidelity music reproduction were reflected by the heavier involvement of outstanding musicians such as Steven Wilson. In 2020 the High End will again be a must-see event." 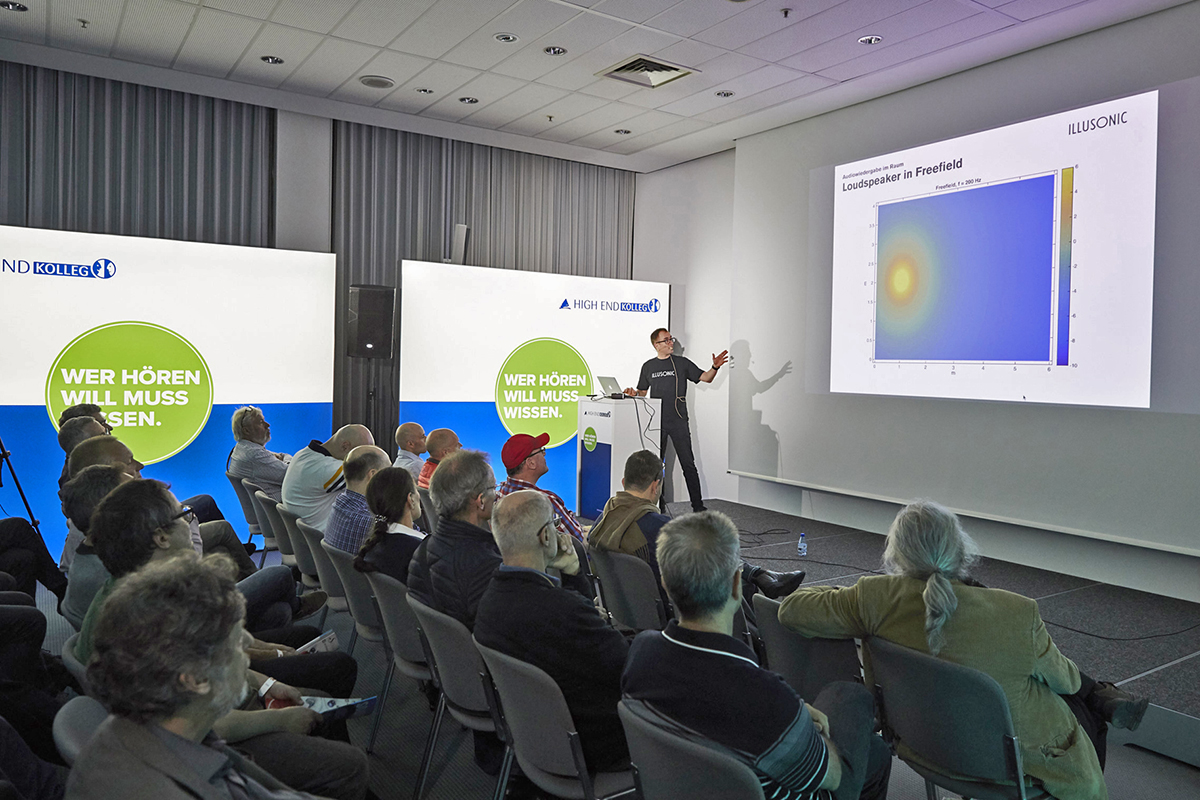 The High End Lecture Series was once again held in the large demonstration room K2A, inviting visitors to learn and emulate concepts and methods at home. In the presentation room, the interested visitors were able to expand their knowledge, stress-free and fully focused. Many high-caliber experts reported on selected topics, and the response by the visitors was impressive in every respect. Among the most well-attended topics were the lectures by LowBeats, "Comparing hi-fi online – the virtual auditory room", "Better placement of loudspeakers – understanding your space" from Dynaudio, or the lecture by the successful YouTuber Hans Beekhuyzen, "A simple two step approach on loudspeaker placement".

In the press center, 508 media representatives from 37 different countries were accredited during the four-day run of the exhibition. Comprising a share of 61%, more than half the journalists appearing in Munich came from outside Germany.

The next High End will take place May 14 - 17, again at the MOC in Munich.
www.HighEndSociety.de
related items