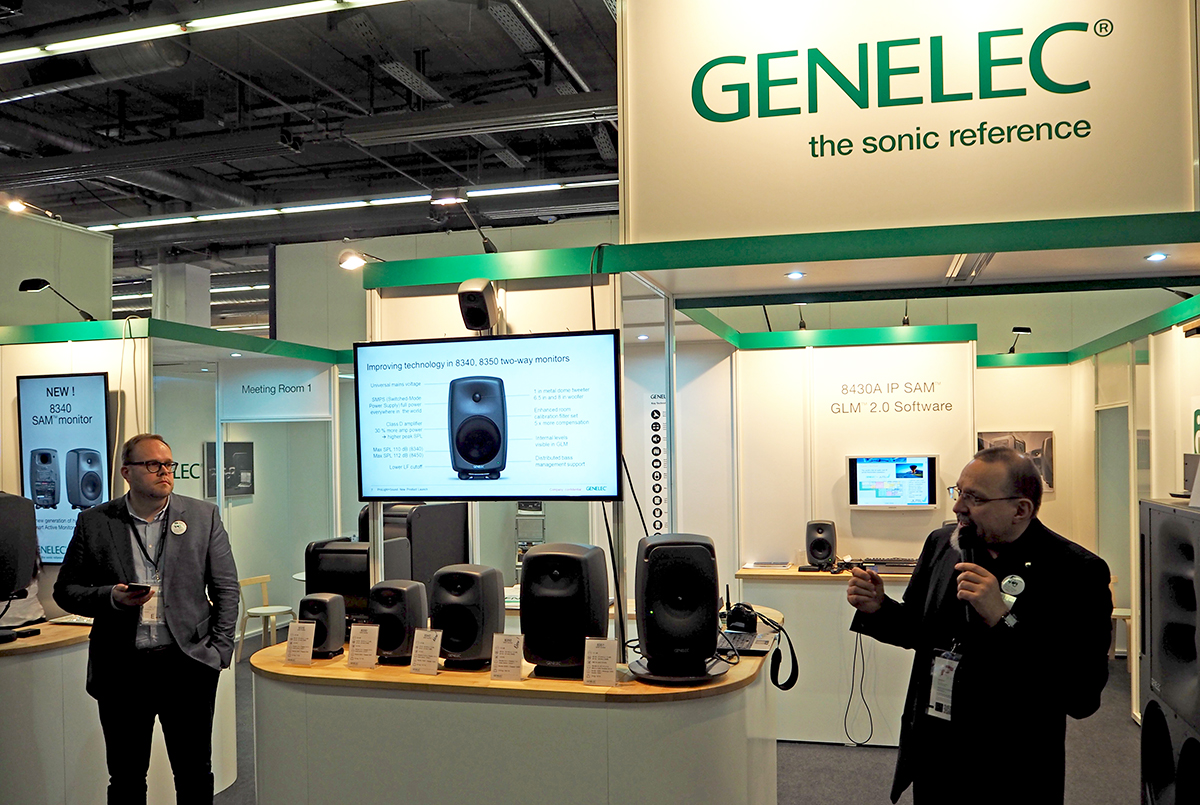 The SAM research and development project began in early 1990s and the first products were launched in 2006, setting new standards in audio monitoring which have been widely adopted in production, recording studios, and broadcast facilities all over the world. 10 years after the successful introduction of the 8200 and 7200 Series, Genelec’s commitment to providing state-of-the-art monitoring solutions continues with five new generation Smart Active Monitoring (SAM) systems.

Following the introduction the new generation, high resolution, 8320, 8330 and 7350 SAM Systems in 2014, the new 8340 and 8350 monitors combined with new 7360 and 7370 subwoofers offer the highest possible system flexibility for demanding monitoring needs, for both analogue and digital audio applications. Smart subwoofers are also complemented by the new 9301 AES/EBU Multichannel interface which allows easy connection to any 7.1 digital audio sources. 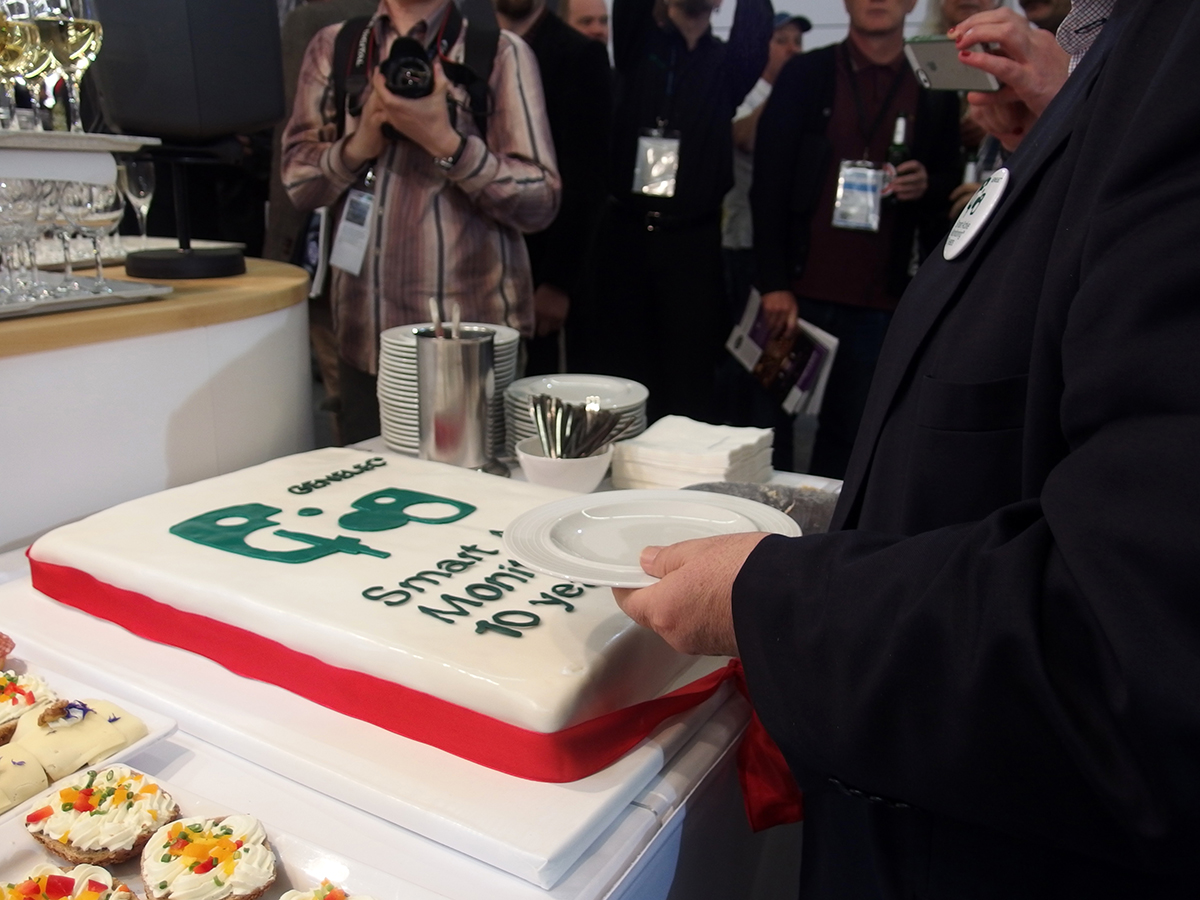 “Prolight+Sound is a very important show for us, and we are delighted to introduce five new products which are yet another step forward in audio monitoring technology” says Jani Jalonen, Marketing and Business Director at Genelec. ”By improving the system performance, its ease-of-use and further adaptation to the room acoustics, we allow our professional users to have more freedom and to put all their creativity into the audio production rather than spending time adjusting the tools they are using.”

Genelec new generation SAM Systems include floating point DSP engines, linearized phase response plus even more refined auto-calibration and spectral tuning capability than before, allowing better room integration and ease of use in any environment. Their universal mains input voltage allows easy connectivity to any mains power allowing you to move with your monitoring tools anywhere with ease. 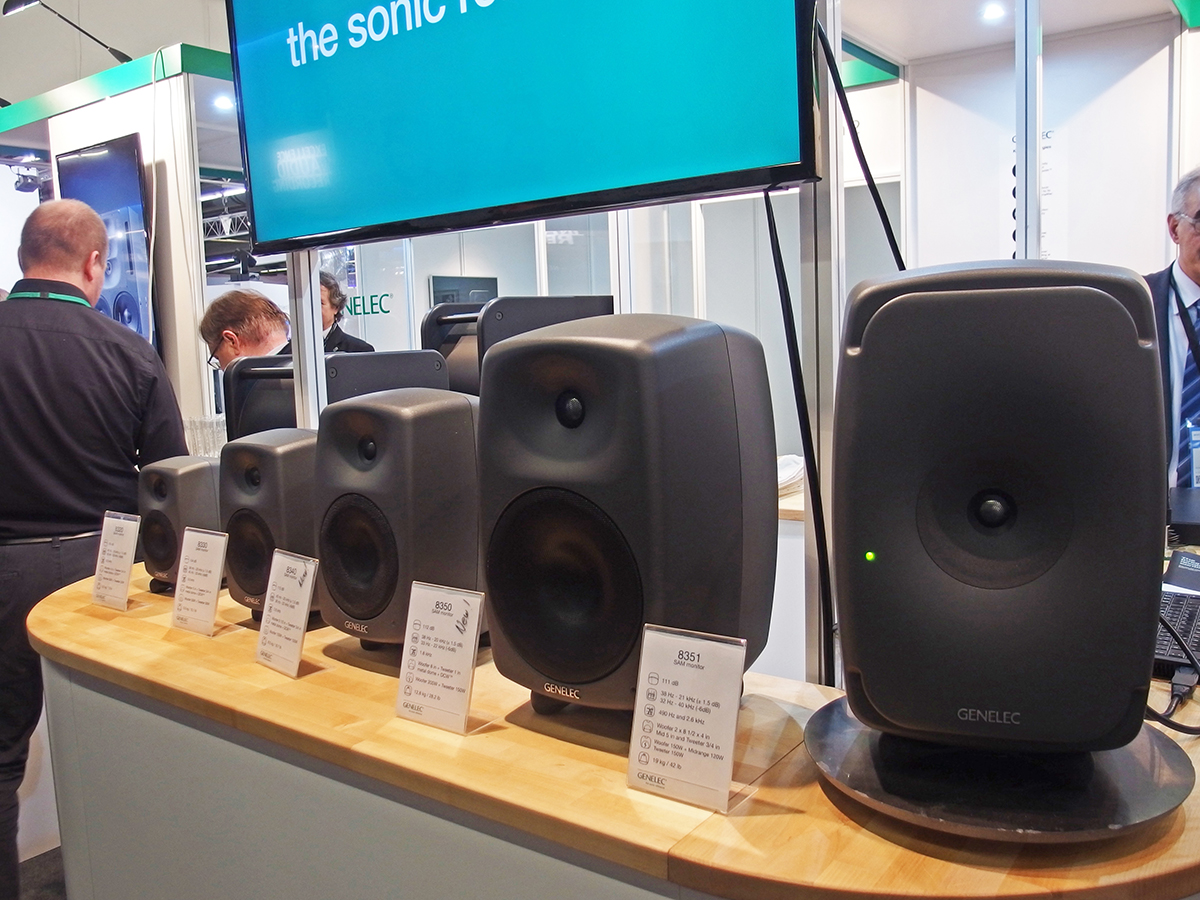 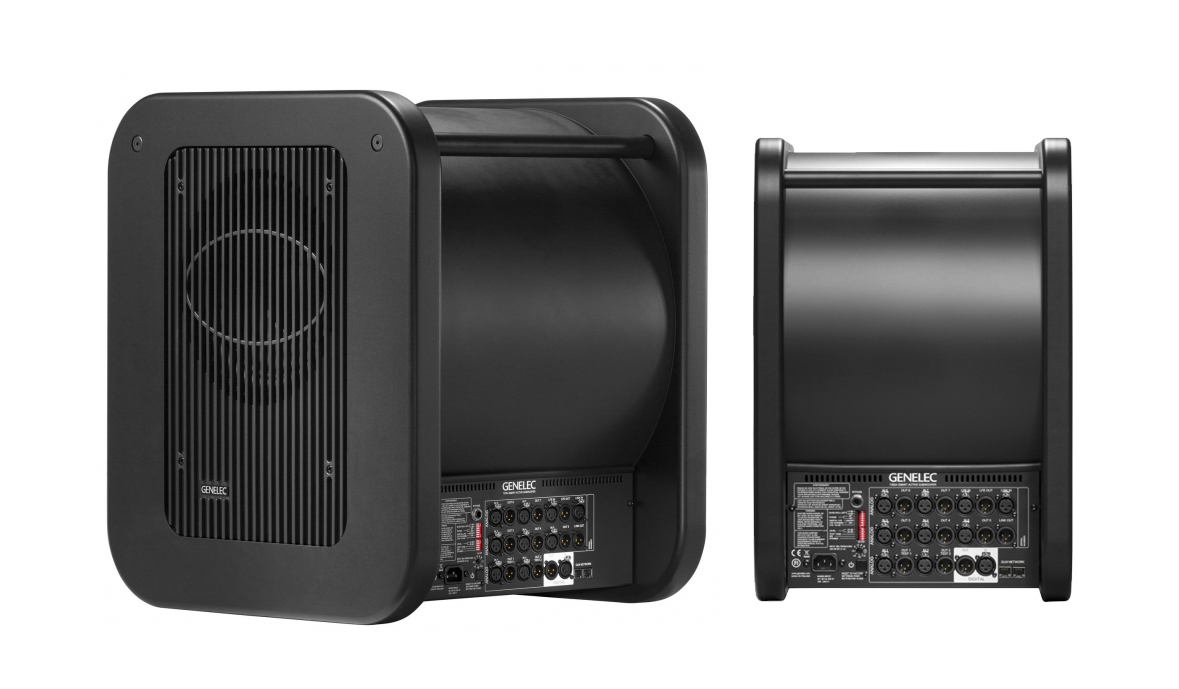 The Genelec Loudspeaker Manager software (GLM 2.0) is one part of the GLM system, a highly intuitive and powerful monitor control networking system that manages connectivity to all Genelec SAM Systems. The intelligent GLM AutoCal technology improves the precision of monitoring by compensating deficiencies in the listening environment. After automated calibration, based on one or more listening positions, all components in a system play back at the same level and timing, with acoustical colorations removed from the monitors’ responses, leaving superb consistency and neutral sound stage imaging.

The GLM 2.0 software allows also all SAM System’s to benefit from the continued evolution of Genelec’s SAM technology via an easy to use Mac and Windows user interface. Furthermore, new SAM Systems are fully backward compatible, allowing to expand easily any monitoring system, as well as to secure previous investments in Genelec products. 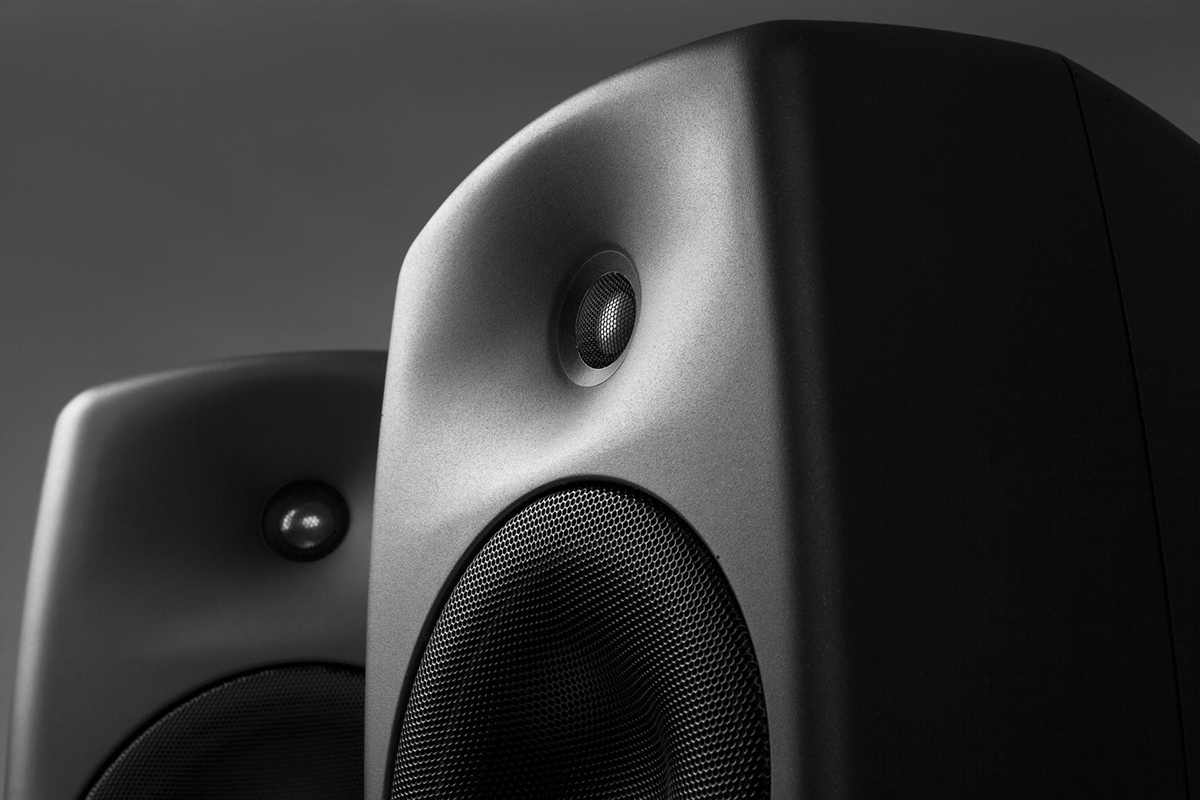 SAM Systems Timeline
Genelec, a pioneer in active monitoring technology since 1978, has been developing its range of Smart Active Monitoring (SAM) Systems for more than 10 years. The SAM Systems project began as an R&D effort in 2000 with the goal of advancing a concept that would bring a higher level of integration of performance and flexibility to the professional user.

Genelec's Smart Active Monitoring Systems were launched in 2006, with the introduction of the first Genelec Loudspeaker Manager (GLM 1.0) release, which offered computer control of five new DSP products; the 8240 and 8250 active nearfield/midfield monitors and 7260, 7270, and 7271 subwoofers. For the first time in a professional monitoring system, users could obtain in-room calibration with Genelec’s proprietary optimization algorithm, AutoCal, providing automatic calibration of level, timing arrival, and room response equalization for up to 30 monitors on the GLM network. Early adopters immediately saw the added flexibility and accuracy to be a significant improvement over standard analog monitoring.

A year after the GLM 1.0 release, the market was asking for a smaller monitor system with the same degree of flexibility and accuracy. Thus came the SE Systems for Small Environments - a perfect marriage of a specially coded 7261 DSP subwoofer, GLM SE software, and the 8130 digital input monitor.

With the advancing acceptance of GLM and AutoCal, it was time to go larger and extend the 8200 range of intelligent monitoring. The 8260 3-way was unique with its consistent 8000 enclosure appearance enabled by the design of our high resolution Minimum Diffraction Coaxial Mid/Tweet Driver combined with a traditional 10" woofer. 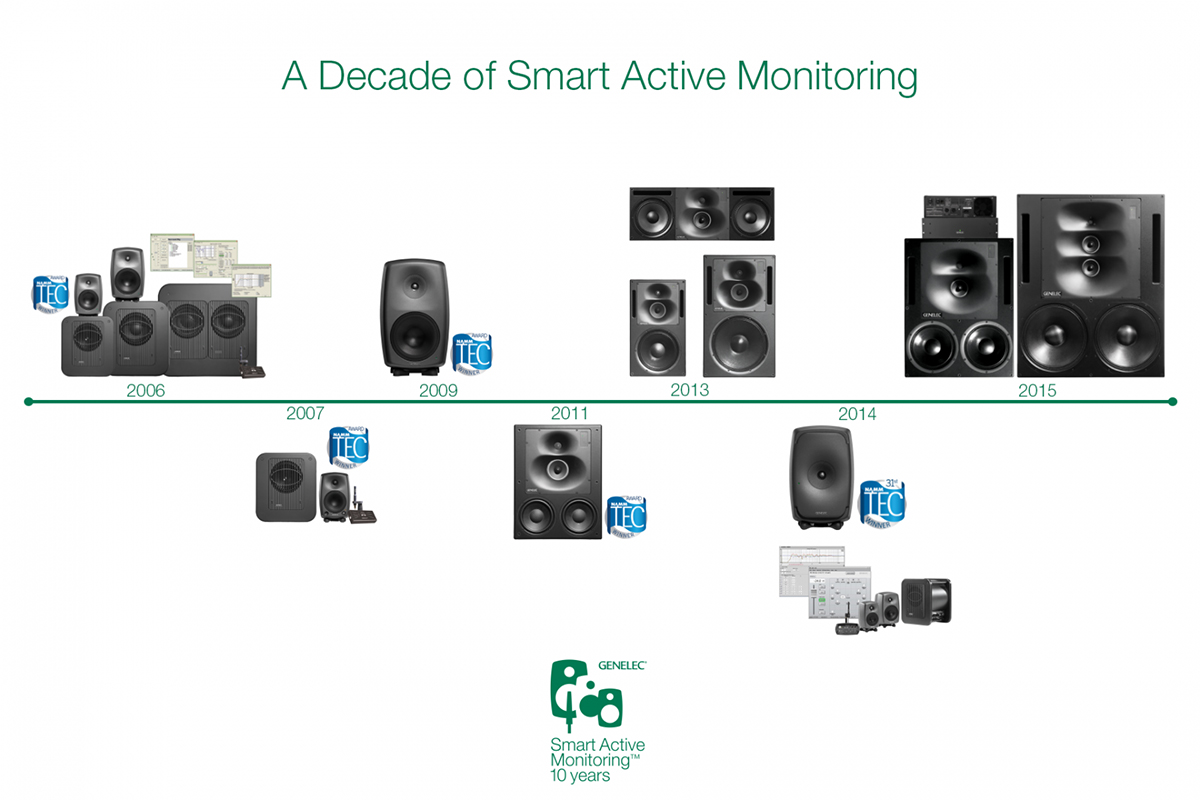 Following the release in 2010 of the 1038CF compact, flat 3-way, Genelec R&D took to endorsing the request to make a GLM/AutoCal version that would have broad appeal in mid-field post production environments. Standing 24” tall, 18” wide, and only 1O” deep, the 1238CF solution was introduced in 2011 to combine a space saving enclosure with high directivity and impressive SPL capacity.

In 2013 Genelec extended the concept of Smart Active Monitoring to even larger products, with a new amplifier module for the 1037 and 1038 sized enclosures. The result allowed for the introduction of the 1237, 1238, and 1238AC Smart Active Monitors.

2014 was an exceptional year for Smart Active Monitoring introductions. A three phase effort culminated in software and product solutions for new as well as existing SAM System owners. GLM 2.0 introduced a totally new user interface with improved functionality, allowing users to configure Layouts, as well as new features for Groups and Setups. GLM 2.0 is MAC and Windows compatible and provides control for all 1200, 8200, 8300, 7200, and 7300 Smart Active Monitors as well as the legacy Small Environment Systems. Concurrent with the release of GLM 2.0 was the introduction of the Compact SAM series of products: the 8320, and 8330 monitors and 7350 subwoofer. These three products provide exceptional SAM performance for small rooms or OB van environments where monitor placement and acoustics can often be quite challenging.

The highlight that year was the introduction of the 8351, the most inventive monitor Genelec has ever designed. It’s initial design brief specified “a smaller 3 way” while maintaining the overall proportions of the 8000 Series. Using the Minimum Diffraction Coaxial driver from the 8260, combined with a large waveguide and acoustically concealed woofers, the 8351 redefined the near-field experience with accuracy and performance normally found in much larger monitors.

Enabled by the development of the powerful Class D RAM XL, high precision Smart Active Monitoring was brought to large format Main Monitoring products. The first introduction was the 1234 SAM dual 12” monitor system in 2015. The 1234 SAM studio monitor features a large Directivity Control Waveguide (DCW) which provides very precise on- and off-axis imaging and neutral sound reproduction. That same year, Genelec introduced the SAM 1236, its largest and most powerful monitor, with more than 3.2kW of RAM XL power, and capable of delivering more than 130 dB with a frequency response that extends below 20 Hz, ensuring headroom and accuracy into any large control room environment. Combined with Genelec’s AutoCal I GLM 2.0 package, this large format main monitor system created a new flagship benchmark from Genelec. 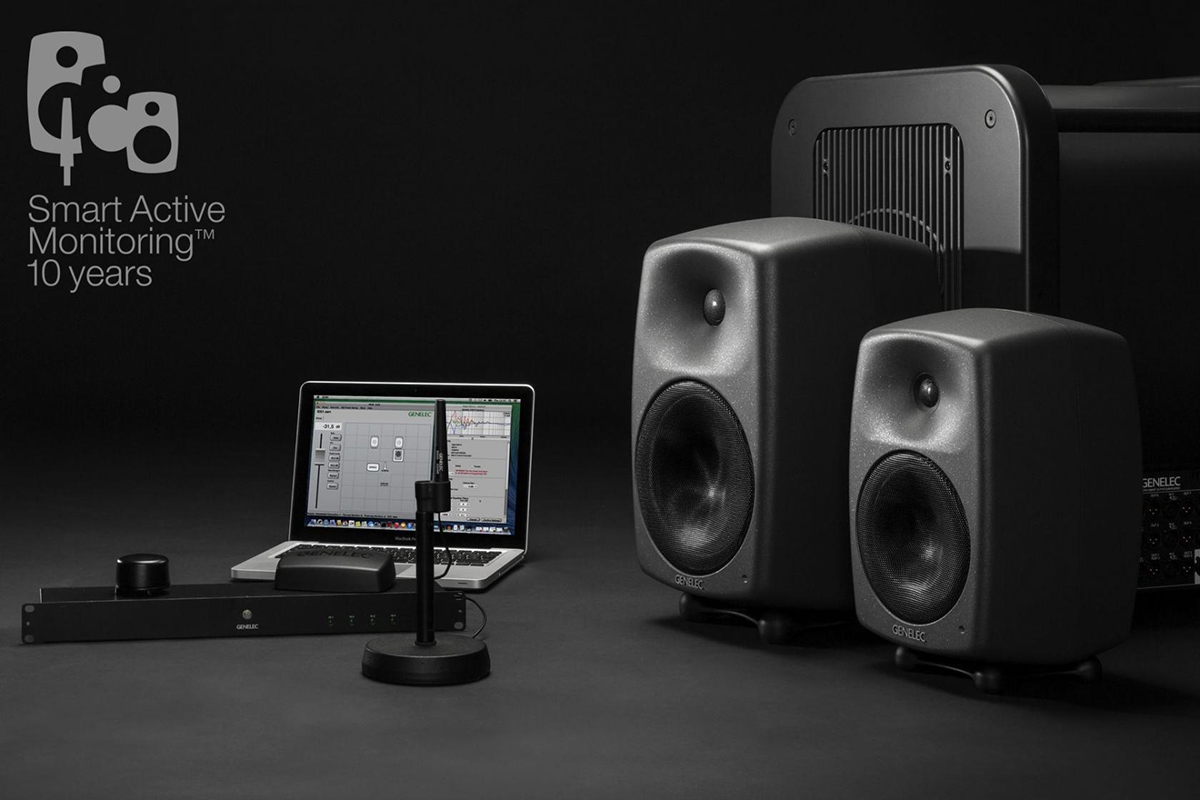 10 years after the successful introduction of the 8200 and 7200 Series, Genelec introduced the new generation, high resolution, 8340 and 8350 Smart monitors and the 7360 and 7370 Smart subwoofers, which complement the 8320, 8330 and 7350 SAM Systems introduced in 2014. All subwoofers are also complemented by the new 9301 AES/EBU Multichannel interface which allows easy connection to any 7.1 digital audio sources.
www.genelec.com
related items