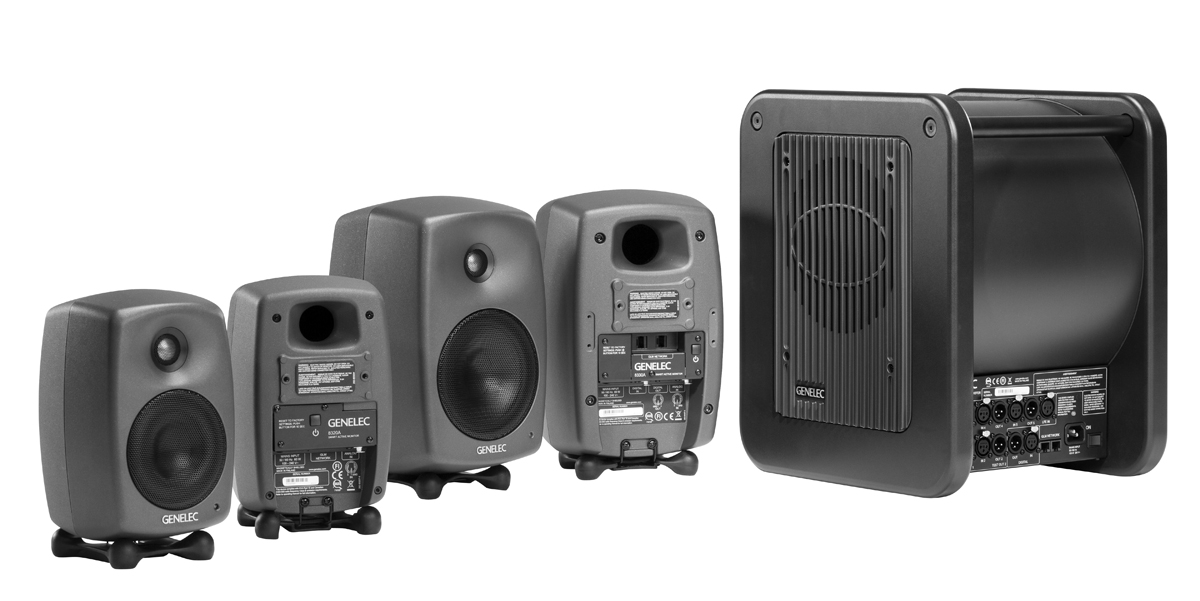 “IBC is the perfect launch platform for our new compact SAM systems,” comments Lars-Olof Janflod, Marketing and PR Director at Genelec. “Visitors will discover how much further developments we have put in this new generation of SAM systems to offer intelligent auto-calibrating systems that are easy and friendly to use. Reaching a much wider range of production facilities and business applications, these new high resolution audio monitoring systems naturally extend our SAM range to smaller sizes while offering performance never seen or heard before in the audio monitoring business.”

The 8320 and 8330 monitors feature Genelec’s Minimum Diffraction Enclosure (MDE), made of recycled die-cast aluminium as well as the advanced Directivity Control Waveguide (DCW) technology. While the 8320 and 8330 monitors and the 7350 subwoofer are small in stature, they are able to achieve superior performance and are part of the highly integrated software and hardware solutions developed by Genelec R&D team. With their floating point digital signal processing engines and Genelec-designed Class D amplifiers, these SAM systems reflect the forward thinking that makes Genelec a leading benchmark in audio monitoring for broadcast, post-production, and music facilities.

Genelec’s SAM technology is an indispensable tool when dealing with the challenging reality of small room acoustics. SAM technology automatically optimises and aligns each monitor and subwoofer for relative levels, time, subwoofer crossover phase as well as individual room response compensations. So, even if the monitors or the production projects move between rooms, SAM technology allows the highest consistency in monitoring by always providing a neutral sound stage imaging with low distortion. 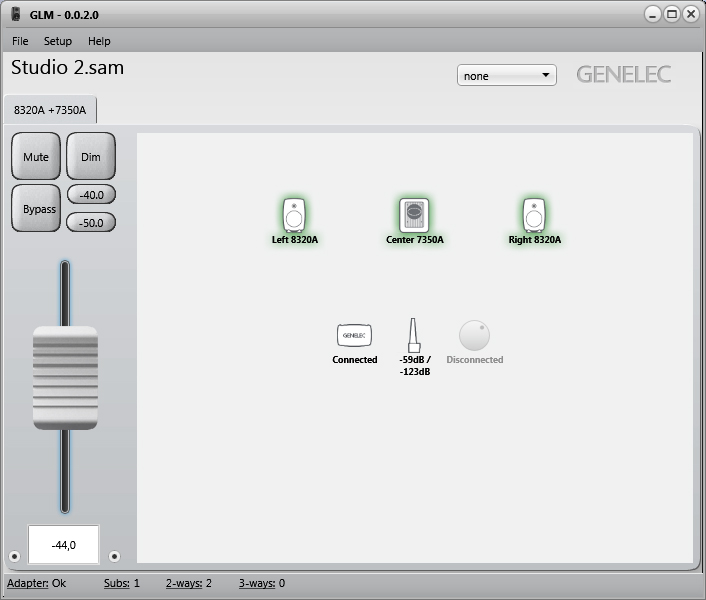 The GLM 2.0 software features adjustment of levels, distance delays and flexible room response compensation equalisation with the state-of-the-art and AutoCal automated calibration system. All parameters and settings are stored in system setup files or saved in each individual monitor or subwoofer if the GLM network needs to be disconnected. 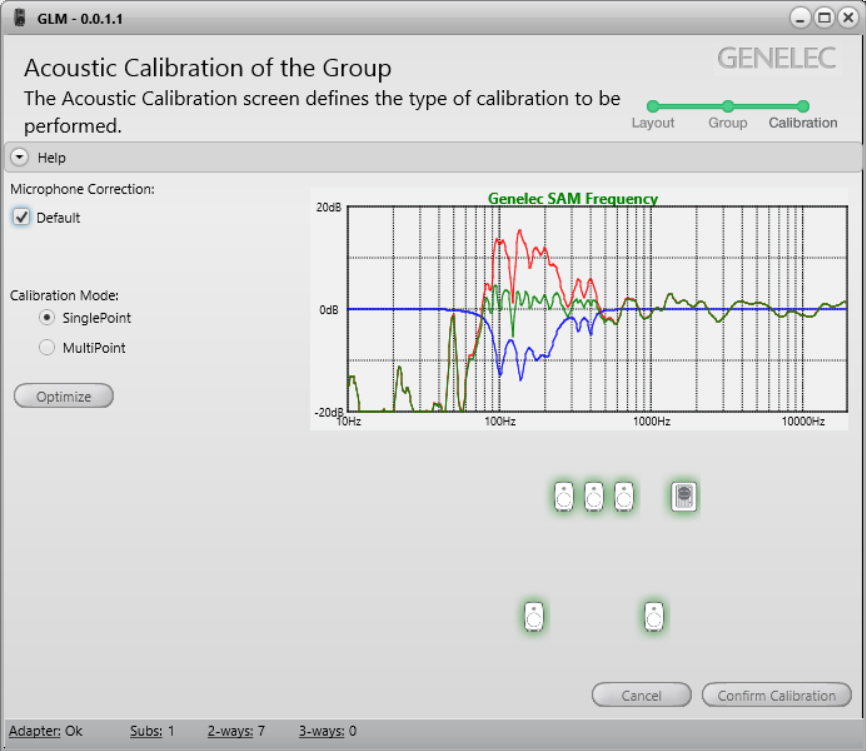