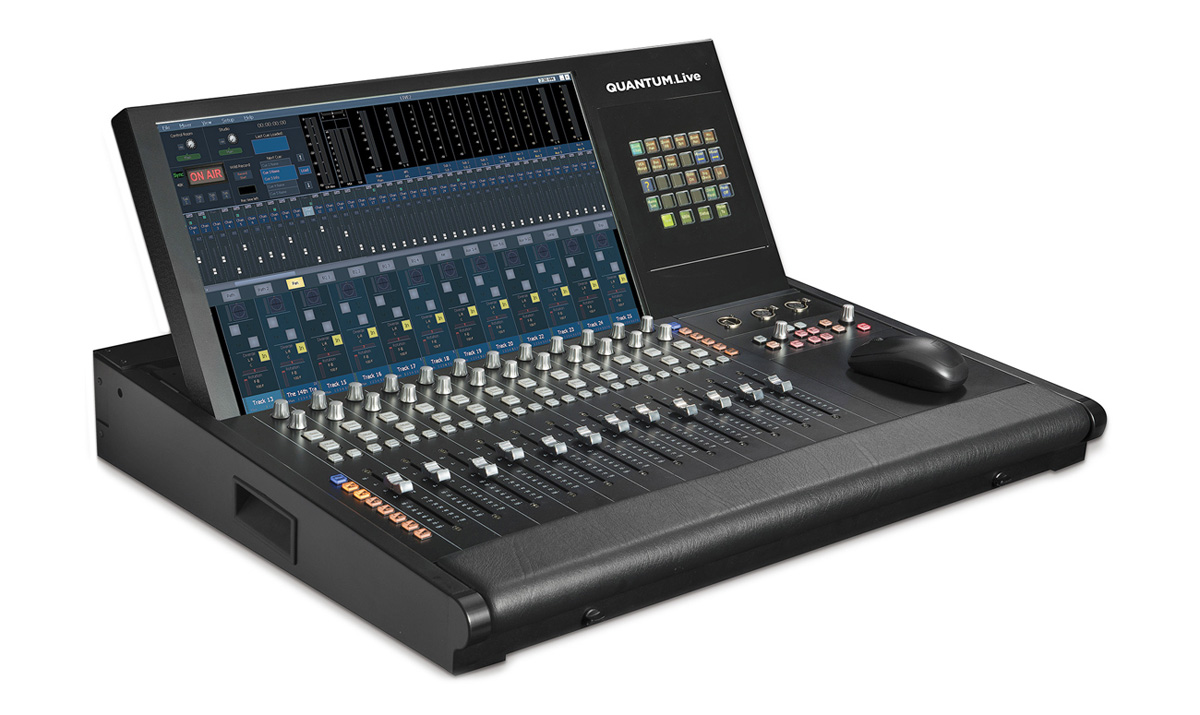 Based on Fairlight’s leading edge audio processing and control surface hardware, the EVO.Live range was designed for the most demanding on-air and live productions and is available from 12 to 60 faders, as standalone chassis, In-Surface modules and Table-Top configurations. At the IBC 2014 show in Amsterdam, Fairlight launched the “affordable” QUANTUM.Live Table-Top Console, extending its range of dual purpose production consoles with a powerful entry level solution.

A QUANTUM.Live Table-Top base configuration with 12 faders, a centre section, audio processing engine with 48 channels, 32 buses and a full complement of local audio I/O, starts at €30,000, US$40,000.

CC-2 FPGA Audio Engine
IBC 2014 was the first opportunity to see the company’s fifth major software release, based on the brand new second generation CC-2 FPGA audio engine. The CC-2 audio engine with V5 software is perfectly suited to the demanding delivery requirements of today’s broadcast industry. By providing over 1,000 playback channels, 100 live inputs and 100+ output buses, the system is the most powerful audio engine ever made.

Fairlight was the first company in the world to introduce FPGA technology in its audio solutions and 2014 sees the launch of its second generation Crystal Core (CC-2) technology, the most powerful post production audio engine ever created.

Tino Fibaek, Fairlight's Chief Technical Officer, says: “Future proofing our technology has always been at the heart of our business philosophy. With the launch of CC-2, we have ensured that existing Fairlight customers can easily upgrade without having to replace their current audio interfaces or control surfaces. This means they can extend the life of their original hardware investment, whilst benefiting from the increased capacity that CC-2 brings.”

More innovation
At IBC 2014, Fairlight also reinforced the industry’s drive towards the ultimate in cinematic and immersive sound delivery by launching a new platform for Object Oriented 3D Sound Production. This new platform supports traditional standard and custom bussing in simultaneous 2D and 3D, along with NHK’s 22.2, Dolby Atmos (via RMU) and DTS MDA. It also supports third party client applications such as Avid Pro Tools 10.x and Nuendo 6.0.