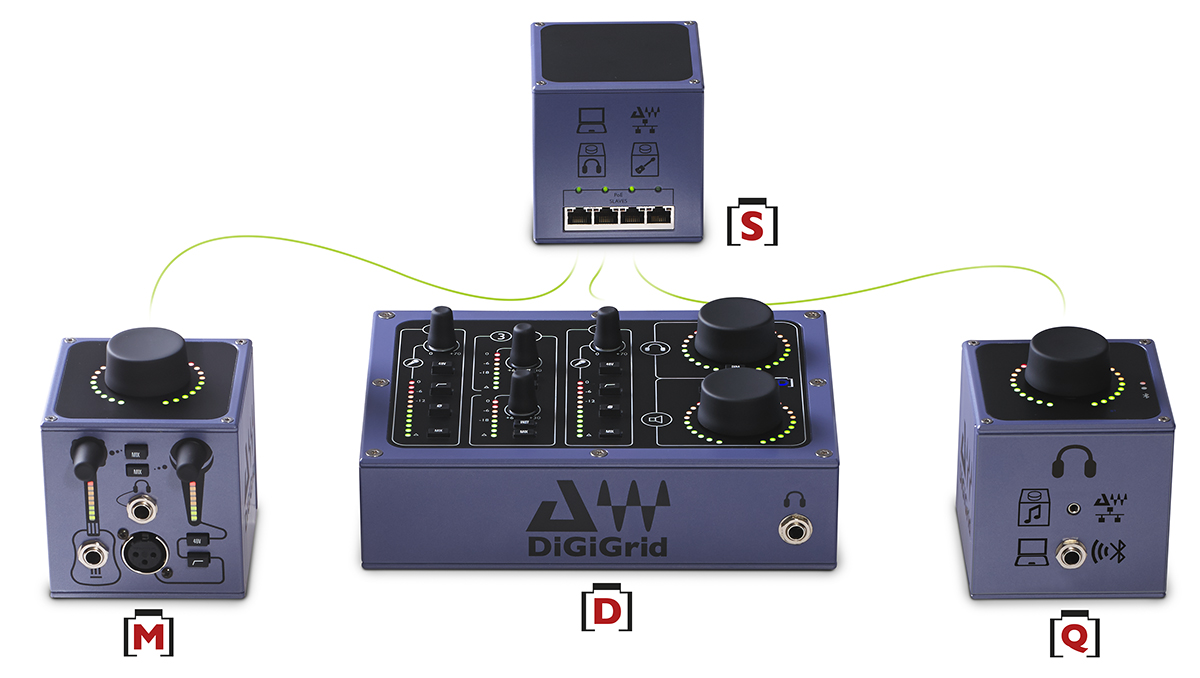 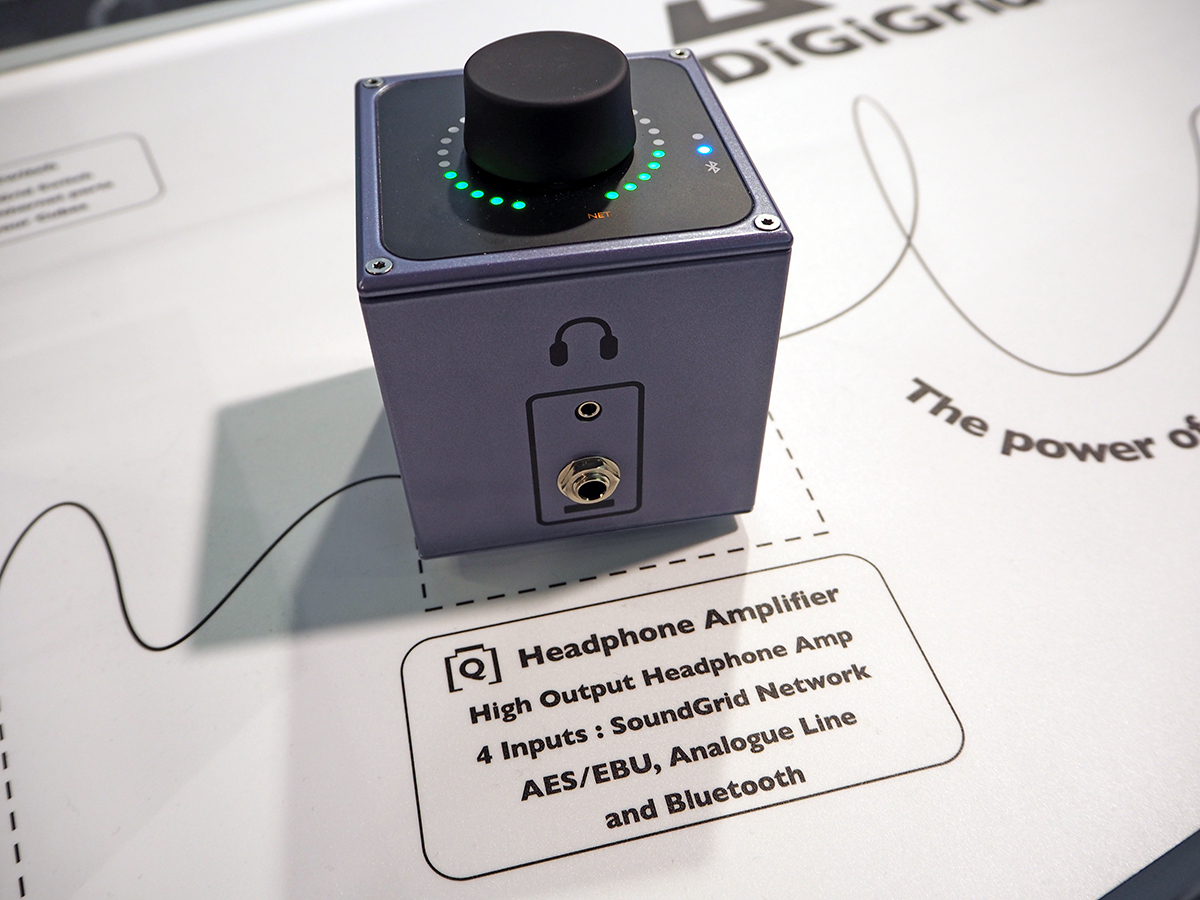 DiGiGrid audio interfaces allow the freedom to connect multiple DAWs and hardware devices, using high quality preamps and allowing any system the power to run up to hundreds of plugins in real time. The concept is an expansion of the initiative launched five years ago by Waves, the developer of audio plugins, and DiGiCo, the British manufacturer of professional mixing consoles and intends to create the most advanced audio interface range on the market.

Another important differentiator in the Desktop series is, it maintains the core design principles of DiGiGrid’s Networkable solutions, allowing for total integration with any other DiGiGrid product. Whether used as a standalone item, or as part of bigger systems, the new Desktop range offers massive functionality and all the benefits of the SoundGrid network system. 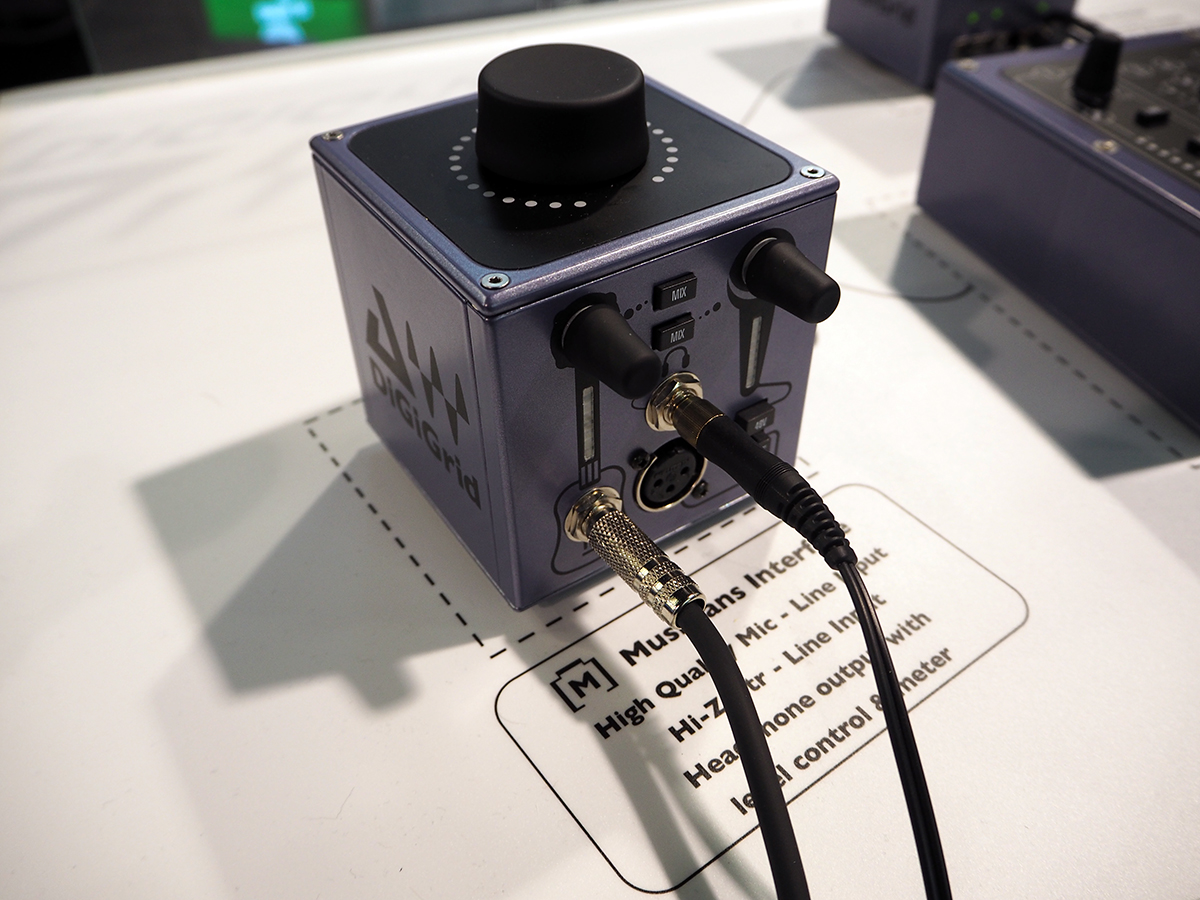 The [Q] Headphone Amplifier is a high-end, powerful audio interface. This smart little box, at just 90mm cubed, has been designed to drive headphones at serious volume, and is fully controllable to suit any audio application where high-end audio is required. Coupled with an AES/EBU interface, it allows a direct digital interface loud enough for any drummer.

[Q] features 1/4-inch and 3.5mm outputs, so it can accommodate in-ear or headphone product, and has four input options to suit all users: XLR (for professional use), Ethernet/CAT5 (to connect to the SoundGrid Network for audio networking, should it be required), Analogue (for the consumer audiophile), and Bluetooth, for a fast experience, working direct with any digital music collection. 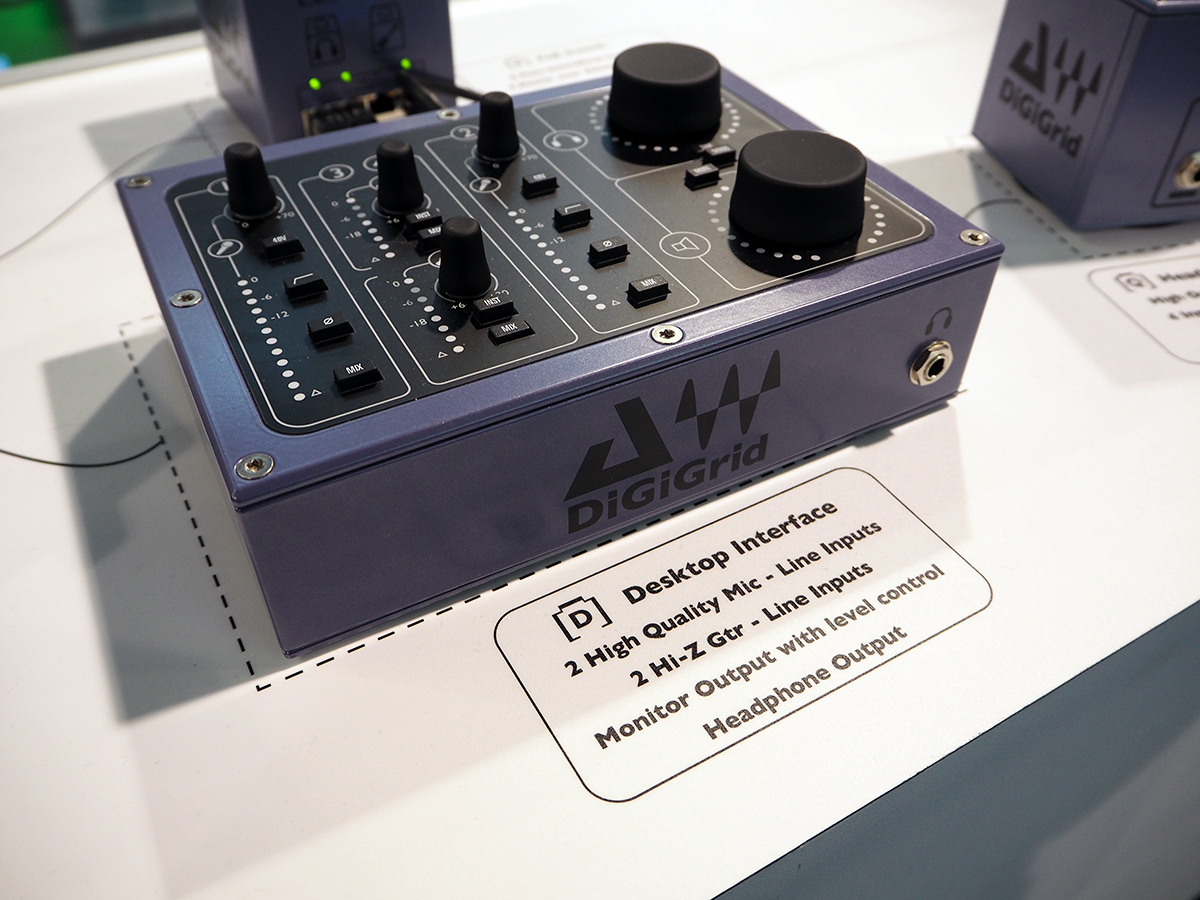 The [M] Musician recording interface was designed for any musical environment, and boasts two inputs and two outputs, again, at only 90mm cubed. It is super-easy to use: plug and play, with simultaneous monitoring and recording capabilities through two dedicated Inputs and Outputs. Input one is a dedicated mic/line, and input two is instrument/line, which allows for many musical combinations. Audio capture is also of the highest order thanks to its top quality converters and industry-proven mic preamps; and when listening back, a dedicated high-power headphone output guarantees that classic warm analogue control path in a easy to use package. There’s also an optional mic-stand adapter plate, which works with both [M] and [Q].

Designed in much the same way as [M] and [Q], the DiGiGrid [D] is the more expansive option. With four inputs rather than two, and six outputs, [D] provides great flexibility in all applications. Inputs one and two are mic/line, and three and four are line/instrument. There are two outputs with level control - ideal for monitoring - and two further fixed level line outputs. The solution is designed to be used at home, in the studio, or out on location, allowing to monitor with headphones or speakers, and enhance any DAW to expand recording capabilities. 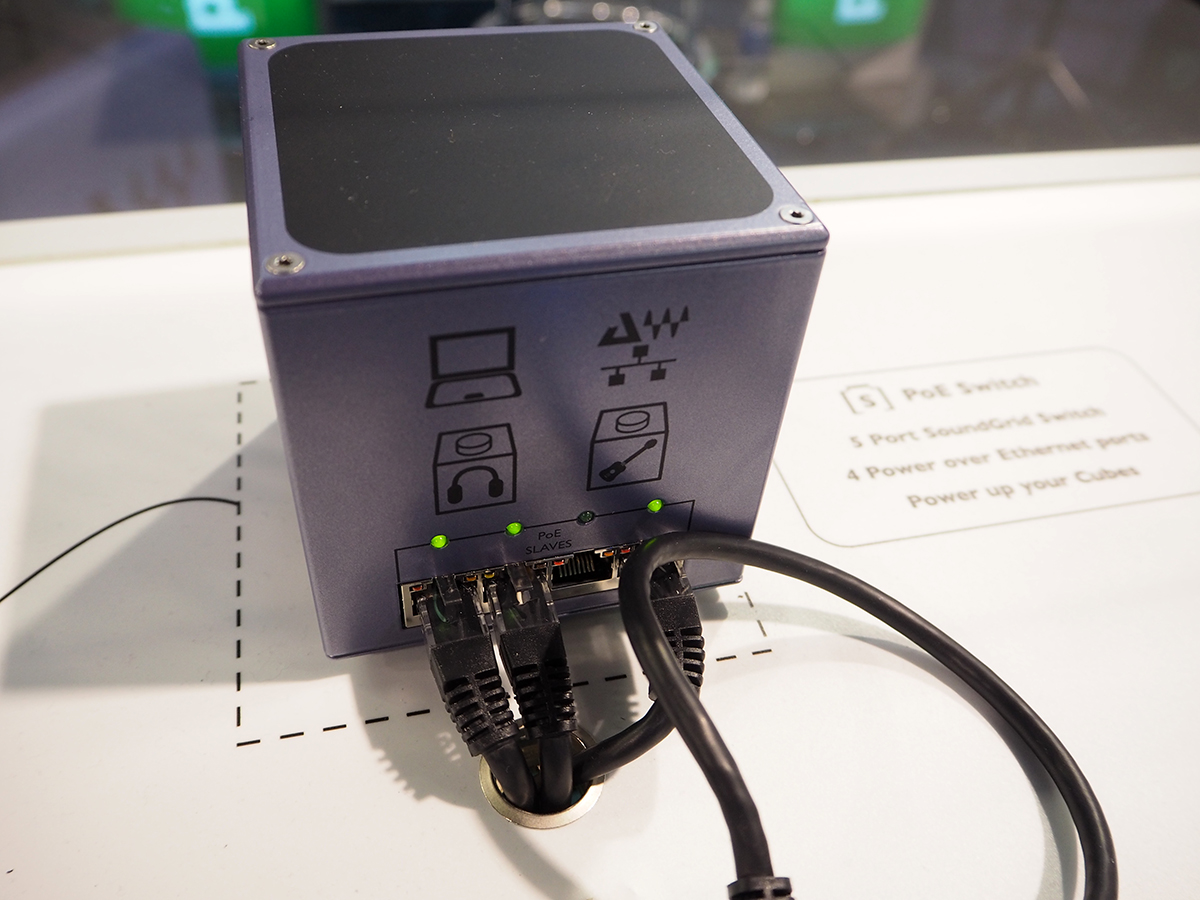 Last but not least is the DiGiGrid [S] fixed networkable power source. Sleek and compact, in line with the series’ style, it features one upstream (non-PoE) port, and four downstream PoE ports, which allows connection to four further DiGiGrid devices. [S] is also Dante compatible, so it’s the perfect complement to any growing networked audio system both now, and in the future.

“I knew with this range, our superb design team would achieve the sonic quality and network capability synonymous with DiGiGrid products, but they even surprised me with the ultra-compact footprint and the extremely attractive price point,” admits DiGiGrid's Mick Anderson. The Desktop series will be available from Spring 2016. DiGiGrid products are sold by Waves in the U.S. and Canada.
www.digigrid.net