Audiobus iOS App-to-App Routing Is On Sale for a Limited Time!

Audiobus is on limited-time 80% off sale, as part of the App Store’s Amazing Apps & Games Sale promotion! This indispensable app for anyone working with iOS devices for audio and music is available for a limited time, for only $0.99!
The amazing  Audiobus app is the key “virtual cable” technology enabling any audio and MIDI related apps to talk to each other and exchange audio, enabling every single imaginable process to run within a single iOS device (e.g., an iPhone or an iPad). Remember, with Audiobus we can do something that was never previously possible on a single computer, which is to generate sounds, sequence music, process it, mix it other sources and record the final result, all within a single device. But app-to-app audio routing is just a part of the things we can and will be able to do with this amazing technology running on iOS devices. Just remember that Apple is about to release iOS 8, introducing hundreds of new APIs and technologies including new Engine Audio Nodes (audio blocks) with support for multiple busses and audio data formats, Midi enhancements and (very exciting!) Midi over Bluetooth support for OS X and iOS devices.

Audiobus is currently in version 2.1.4 and the first major update to Audiobus is available since April 2014 (the original Audiobus app was released in late-2012). Currently there are hundreds (more than 400) of Audiobus-compatible apps available and version 2.0 introduced powerful new features like Multi-Routing, Presets and State-Saving, further expanding the possibilities of iOS as a music-making platform. 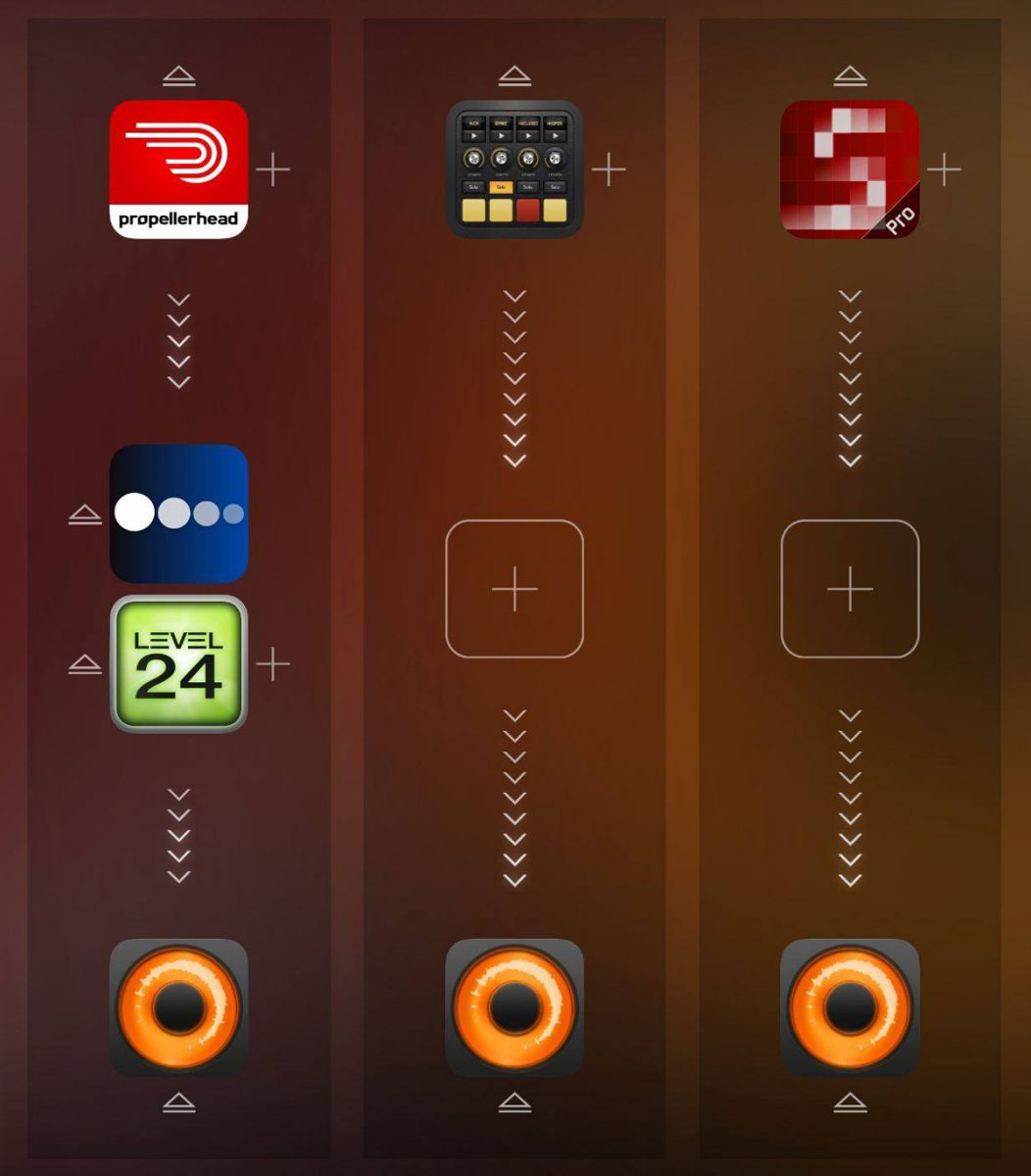 Audiobus 2’s Multi-Routing feature could be unlocked with a $4.99 USD in-app purchase, allowing for unlimited inter-app connections to be made, constrained only by the power of the device. This allowed for chaining of effects and full control over audio routing. Version 2 introduced a  new interface multi-channel input hardware support and new hardware latency controls. This additional platform support for multi-channel input hardware and configuration presets also made iOS even more attractive for music production and performance.

As Audiobus director and developer Michael Tyson explains, “The thing people love about Audiobus is that it’s a meta-app – it’s an app that makes all your other apps better, more versatile, more creative.” The full list of Audiobus compatible apps can be checked here.
Audiobus can be downloaded here.
related items