Four DCA groups have been added, which can be assigned to fader strips in the custom layer on Qu-16 and Qu-24, while the new Qu-32 has 4 dedicated DCA master strips in the upper layer. Furthermore, all Input channels, FX returns, Mixes, DCA, and Mute Groups now have custom naming functionality, which can be shared with the QuPad remote app and with any connected ME-1 personal mixers (seen on the pictured Qu V. 1.5 screen grab, showing channel naming and the DCA Groups). Also, dSNAKE outputs to remote Audio Racks and monitor sends to ME-1 mixers have full user configurability, providing flexibility on output routing. 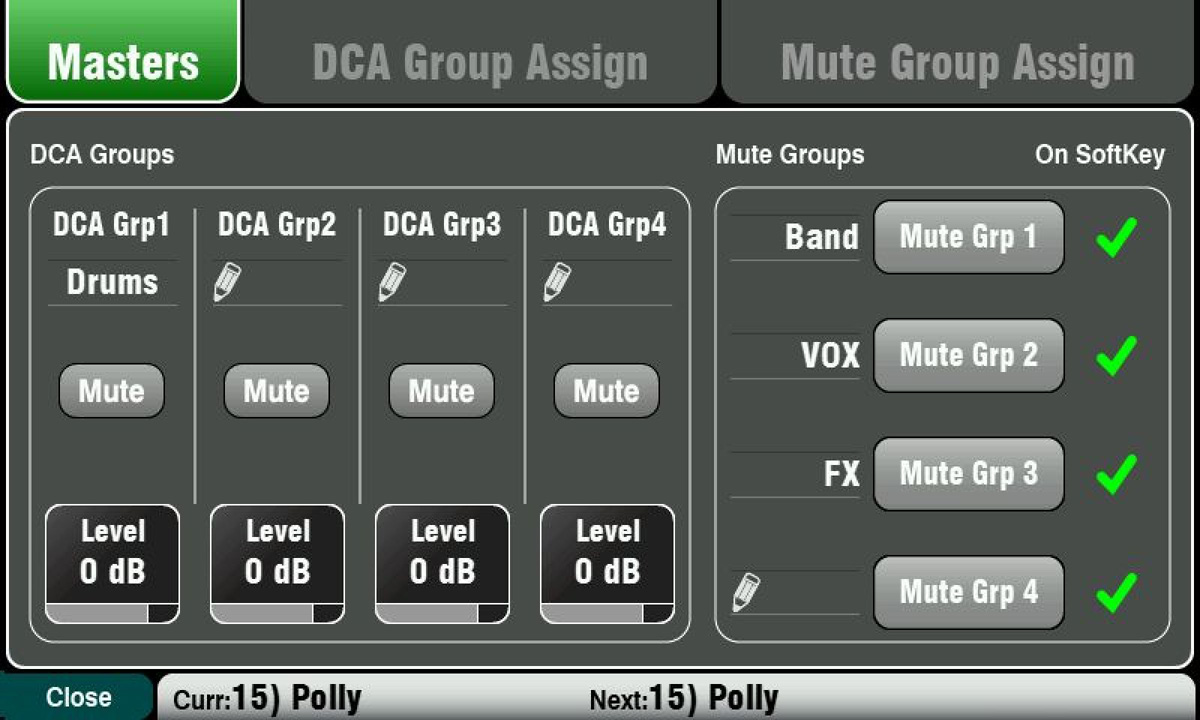 There is also improved functionality for studio recording applications. The Input channel source point for Qu-Drive and USB can be set to either Insert Send or Direct Out to facilitate live and studio workflows. Also, the MIDI screen now has MIDI Machine Control (MMC) transport buttons for control of DAW software or remote equipment. Additionally, these MMC controls and new DAW Bank controls can now be assigned to Soft Keys for use in conjunction with the DAW Control driver.

“It is fantastic to see the huge demand for our Qu digital mixers, and the enthusiasm of so many happy customers who are using Qu across a vast range of applications from houses of worship and rental companies to home studios,” comments A&H Sales & Marketing Director, Christian Luecke. “This latest firmware release is packed with new features and functionality that further strengthen the range in the studio and live performance markets, and set Qu firmly at the forefront of compact digital mixing.”

Qu V. 1.5 is compatible with all Qu mixer models, and can be downloaded now from www.allen-heath.com
For more information see also a video here.
related items