Since it was founded in 2013, Bragi brought the discussion about wireless earphones to another level, and they pitched their vision from the first moment because, as Steve Jobs puts it, "A lot of times, people don't know what they want until you show it to them." And Bragi did. Almost 16,000 supporters worldwide pledged more than US $3.3 million on Kickstarter to support The Dash, making it the most successful European crowdfunding campaign ever on that platform. And to realize its vision, Bragi had to overcome all the now-recognized design obstacles of even basic Bluetooth truly wireless earbuds, such as synchronization between the two devices, managing battery to achieve a decent life, and most important, wireless reliability. But while other manufacturers in that category were happy to achieve a good balance of those challenges, Bragi was in fact building a completely different platform, embedding a complete computer, and arming it with a battery of sensors like no other earphone.

Overcoming the product design and financial challenges, Bragi evolved from a promising startup to a leading creator of innovative technology in wearables... exploring and opening new possibilities for people. In reality, building a much larger vision of a company.

To discuss that vision and how Bragi intends to build on that platform I met with Nikolaj Hviid for a brief interview at their demonstration suite during CES 2018. 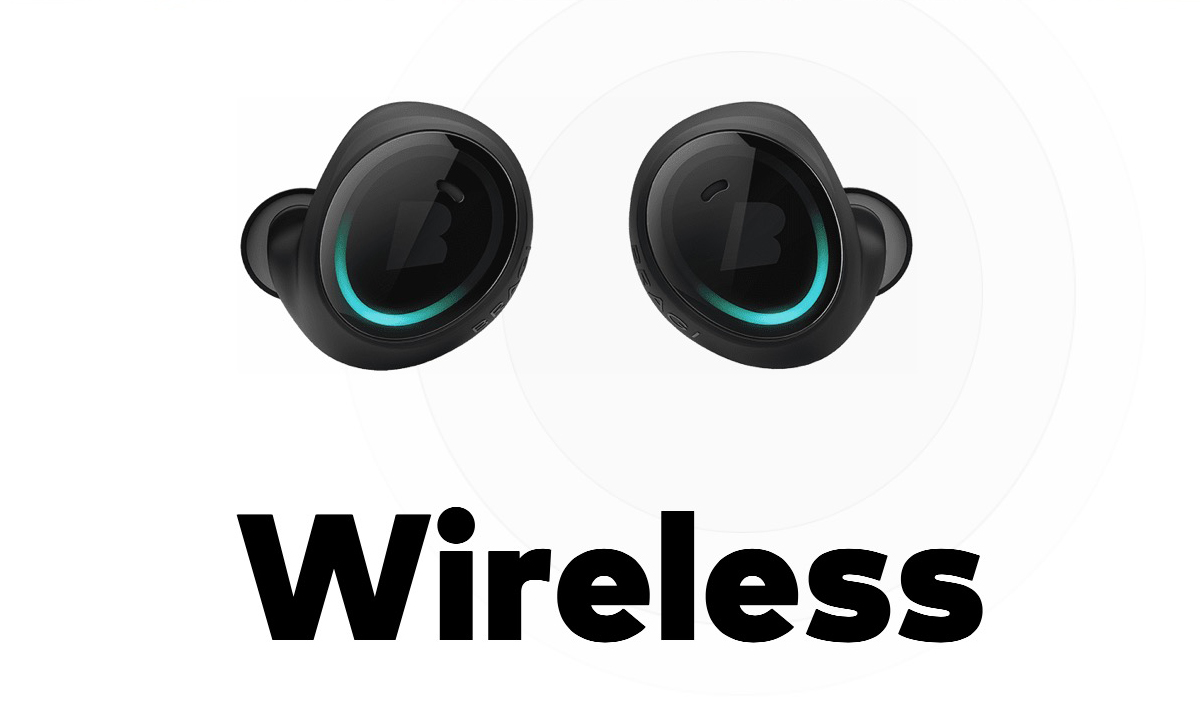 audioXpress: Bragi is probably the company with the most experience in the space, you have tried several different approaches, and you have a pretty good idea of what's possible. One of the key areas of improvement that everyone is focusing on is improving battery life. Some TWS earbuds are selling simply because they last longer but they have very simple features. You have lots of sensors and extra features. What's your view of that trade-off?
Nikolaj Hviid: I think that for the form factor that we have, the battery life is acceptable. When you have a device in your ears, simply because of the interaction with other people, you don't want to have it there all the time. Anything that goes into your body can be irritating. I think that's something we dealt with in the device, with a very nice fit, in general. We are still "leading the pack" to this day and with five and six hours, respectively, we are not behind anyone else in that range. What you will probably see - most probably in 2018 or 2019 - is a generation of products that will be capable of being smaller or being the same size and  have a longer battery life. I specifically think that the smaller direction is better than the longer battery life.

AX: Lighter as well?
NH: Lighter, but my hope is that the electronics will move in the direction of what can be called "disappearables." Things that will embed into my life without impacting me. It always starts slightly larger, but we hope that the direction is that technology embeds itself into my lifestyle, into my use cases. If I say what the direction is that I would like it to go, it would be toward more user interaction, with easier and more discreet devices.


Because Bragi's platform is supported by a software development kit and features a complete operating system - Bragi OS - the company has continuously improved The Dash. Software updates provided The Dash with improved audio reproduction from its armature drivers (Knowles), improved voice quality during communications, and improved calibration of all 27 sensors. Gradually, Bragi also implemented many of the promised features, including Audio Transparency, new control gestures and routines, support for voice personal assistants like Apple Siri, Google Now and Microsoft Cortana, and Apple Watch connectivity.

More recently, Bragi announced Project Ears, an ambitious project in partnership with Berlin-based Mimi Hearing Technologies to develop sound amplification and hearing enhancement solutions throughout 2018. Project Ears also intends to explore the possibilities of personalized hearing enhancement in a multitude of different settings including the home, office, jobsite, and even outdoor sport environments.

AX: Why did you decide to work with Mimi Technologies? Wasn't that something that you could develop in house?
NH: You don't have to do everything yourself. When we start doing that, we start losing speed, and if you see something that is very interesting, why not adopt it? We've seen Mimi Technologies being very good at measuring how you hear and adapt to it. We are making Project Ears for hearing your surroundings, for tinnitus, and noise protection, but on the other hand, we are expecting that we will be releasing a software update for Dash and The Dash Pro, that enables the feature of hearing music better. So, personalization in the device, coming as an upgrade.

AX: Don't you fear that type of processing will be compromising the device's battery and features?
NH: We will find the way. We have the space for it. It's a personalization of the product and I think our products need to be personal. We are building a platform that can be adopted for different things and applied to different services. What Mimi is doing with personalized hearing fits very well with the way we think.

AX: Bragi has been experimenting with all options in terms of user interface, with touch controls, gestures, and voice. Which one will prevail in this category?
NH: All. The user chooses. In a computer, the user can start a program in six different ways. Because it's different from person to person. We need as many interaction points as possible. And for every single action we need different methods of accessing it, and the user picks the way it works.
What is really hard is when you have a product that doesn't offer all those choices. If you have a computer-based product, you can start updating, improving, finding new ways... try out new ways. We have better ways of innovating those options. And when you make choices, sometimes you need to stick to those choices.

AX: There's several technologies and innovations impacting the TWS space, but among those, there's Bluetooth 5. What do you think it will bring to your business?
NH: I don't think that Bluetooth 5 is a big thing. As we integrate the evolution of what is going to be wireless Bluetooth 5 products, then it will be interesting. Bluetooth 5, as itself, is not very exciting. Because many of the chips that have already been delivered as Bluetooth 4 can be recertified as Bluetooth 5 chips.
Looking at the aspects of Bluetooth 5 that I find interesting, one is the possibility of the products to have a better power consumption. The other part I find interesting is the capability of having the devices communicating through IP traffic, rather than through custom Bluetooth profiles. The 6LoWPAN ((IPv6 Low-power wireless Personal Area Network) for Bluetooth low energy (BLE) capability is transforming. But we can only use that if the end devices are computers.
The last part is thread, which is not a part of Bluetooth 5's capabilities.
But those combined, power consumption, 6LoWPAN, and thread are super interesting technologies that will enable people to have better experiences. They will no longer be limited to having their phone do the entire exchange. You will have Internet access anywhere, over Bluetooth. If I were the carriers, I would start right now having 6LoWPAN capabilities in every single router, beyond Wi-Fi. Having Bluetooth 5, 6LoWPAN inside.
So, I'm very excited about Bluetooth 5, and some of those capabilities, but just because it's Bluetooth 5 doesn't mean that it's great.

AX: So, you see Bragi products interacting with other products as a network?
NH: Yes, absolutely. Bragi OS is a collaborative operating system, which means that devices can collaborate on processing, sensing, power management. It was our ambition all the time that these devices need to engage with each other.

AX: What else is exciting for Bragi in terms of technologies?
NH: From a personal perspective, it's about running neural networks on ARM M4 devices, which we do. And we are very surprised that we are still the only ones...

AX: You are also working with IBM on neural networks...
NH: Yes, but that's cloud based. AI is a bit of a buzzword. What we have is a framework between machine learning and neural networks. There's a huge benefit from doing that on an embedded device, because you can reduce power consumption. But there's a lot of development that you need to do... We are very excited about that idea.

AX: Are there enough resources on Bragi's platforms to load more local "intelligence" for that purpose?
NH: Yes. We have the AI ourselves. We have the neural networks. We just need to train it.


Already at the 2018 Mobile World Congress, Bragi announced an important breakthrough, introducing the concept of turning their "smart hearables" into the world's first intelligent Edge Headphone. After four years of development, Bragi says it made a breakthrough in ultra-efficient artificial intelligence and introduced the concept of Bragi Intelligent Edge with a software solution formed by the building blocks of Bragi nanoAI, BragiOS and BragiNET on the lowest memory and processing footprint to date. Exciting stuff!

Extra: A discussion about hearables, hearing enhancers and hearing aids. In the next page.
Next page 1/2
related items