Forced to shelter at home, Oliver Masciarotte looked around his home base in the Twin Cities, and decided it was time to have a serious look at the Magnepan LRS (Little Ribbon Speaker) the company's latest affordable, full-range quasi-ribbon speaker. For this review, Masciarotte writes about what he heard, while Kent Peterson (Warkwyn) measures its performance in the lab. If you are curious to see how does a ribbon speaker measures on a Klippel Near-Field Scanning (NFS) system you definitely want to check out this article, originally published in audioXpress, September 2020.
For those of you familiar with Magnepan, its Little Ribbon Speaker (LRS) is a full-range quasi-ribbon speaker that was created to whet your audio appetite. Intentionally designed to extract the most from high-end amplifiers and electronics, Magnepan says its LRS is “an easy introduction to their brand and house sound.”

By Oliver A. Masciarotte and Kent Peterson 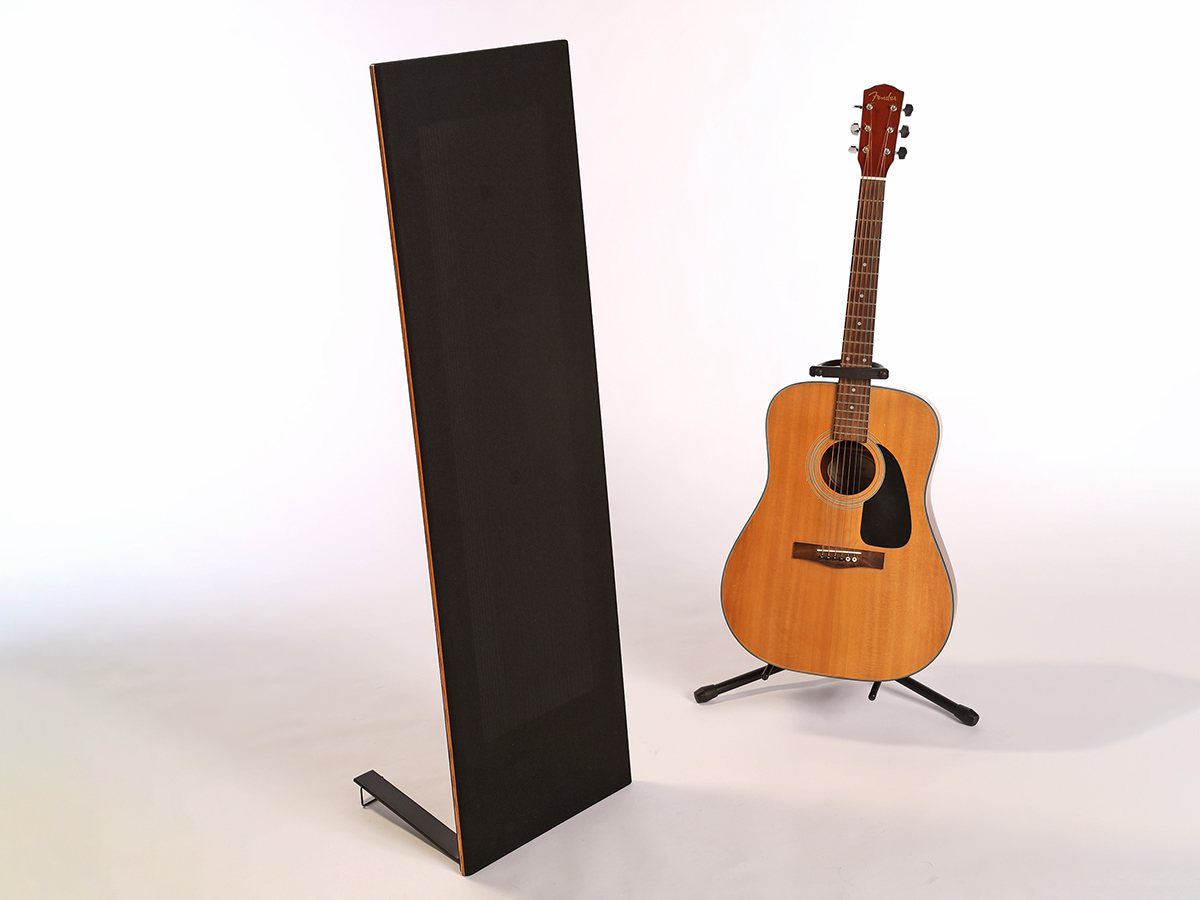 Most audiophiles know of Magnepan and its iconic Magneplanar planar magnetic loudspeakers. Unfortunately, fewer people have actually heard these usually room-divider–sized panel transducers. If they did, they’d appreciate how much fidelity one can buy for so few shekels. Take, for example, the new LRS model. Like their progenitors, these two–ways are thin—a mere inch in thickness. Somewhat novel, at least by Maggie standards, is their size. They’re diminutive little panels, with solid-wood trim available in three finishes and three choices of fabric covering.

At 4’ tall by 14” inches wide, they’d fit into pretty much any space and virtually disappear when viewed from the side. They are also “handed,” supplied as a left/right pair. In my space, I ended up configuring them with tweeters on the outside. Because they’re dipoles, you can’t hang them on the wall. Magnepan makes the MMG for that. The LRS, or Little Ribbon Speaker, requires a good bit of breathing room. My pair ended up 42” from the rear wall, and some 7’ from my listening position.

The Setup
They arrive in a single 45 lbs. carton, with their bent iron, L–shaped feet detached (see Photo 2). Eight stainless screws later, two for each foot, and Bob’s your uncle. Well, almost...I had recently swapped out my old Level 3 ANTICABLES for a significantly improved set of 9-gauge Level 3.1s. At the time I ordered them, I thought I was so clever to specify bananas at the amp end and large spades at the speaker ends. Upon eyeing the terminals provided by Magnepan, I was a bit disgusted to find neither three ways nor flat screws, but a strange and unholy something else altogether — a sort of small receptacle with angled set screw, made of iron no less.

Since the LRS are two–way speakers, they even come with an iron jumper (!) to a second set of sockets for bi–amping. These terminals appear to be a throwback — way, way back, to a time when one would typically grab a length of zip cord, strip the ends, and carefully stuff them into the socket. Torqueing down on the set screw with a supplied Allen key would keep the wire in place. I was not about to chop off the spades on my newly minted cables, so I inserted one blade of the spade into the socket and carefully held it in place. To prevent shorts of the “free” spade blades against the painted metal plate on which the sockets are mounted, I cut a piece of paperboard to act as insulators. Not ideal by any stretch of the imagination, and kludgy at best.

Next up was the signal chain: Mytek Brooklyn’s USB DAC balanced outs directly into the Cambridge Audio Edge W. I didn’t even try my low power AMPX solid-state Class A since the Magnepan website recommends “...direct-coupled, Class A/B designs with high current capability... (particularly) Class A/B amplifier designs that come close to doubling power at 4 ohms.” How about 200 W of Class XA as delivered by the Edge W into the LRS’ 4 Ω load? In a word: excellent. Plenty of grunt and clarity to match the quasi–ribbons, which are known for their transparency. Out of the box, they sounded noticeably harsh, but very quickly broke in. Within a half hour, they were well behaved and, after a single overnight brown noise workout, they were ready to charm.

I know what you’re thinking... "A $4,000 amp feeding a budget speaker? Harrumph!” Okay, it is a bit of a price mismatch, but I wanted to really hear what the speakers are capable of. For budding audiophiles, or for a second system, a modern Class D would nicely fit the bill. NuPrime’s $745 STA-9 is a less than $1,000 example, and Parasound’s $1,195 NewClassic 200 Integrated brings a whole lot of extra functionality to the party. Both are rated into a 4 Ω load. So, for less than $2,000, you’d only need a source component or two for a complete and highly capable system.

If you want to get all hi–fi highfalutin on me, you might want to go with one of several Purifi–based Class D monoblocks from Nord Acoustics or Apollon Audio. I had none of these on hand during this test, but I did have my inexpensive custom $300 50W into 4Ω Class D gathering dust, so I swapped the balanced ins and speaker leads and, guess what? Though the soundstage narrowed and clarity went by the wayside, the essence of the music was still there along with plenty of playback volume.

Moral of the story? When in doubt, drive the LRS with modern pulse width modulation (PWM) technology unless you already have a quite hefty Class A/B amp lying around.
This article was originally published in audioXpress, September 2020.