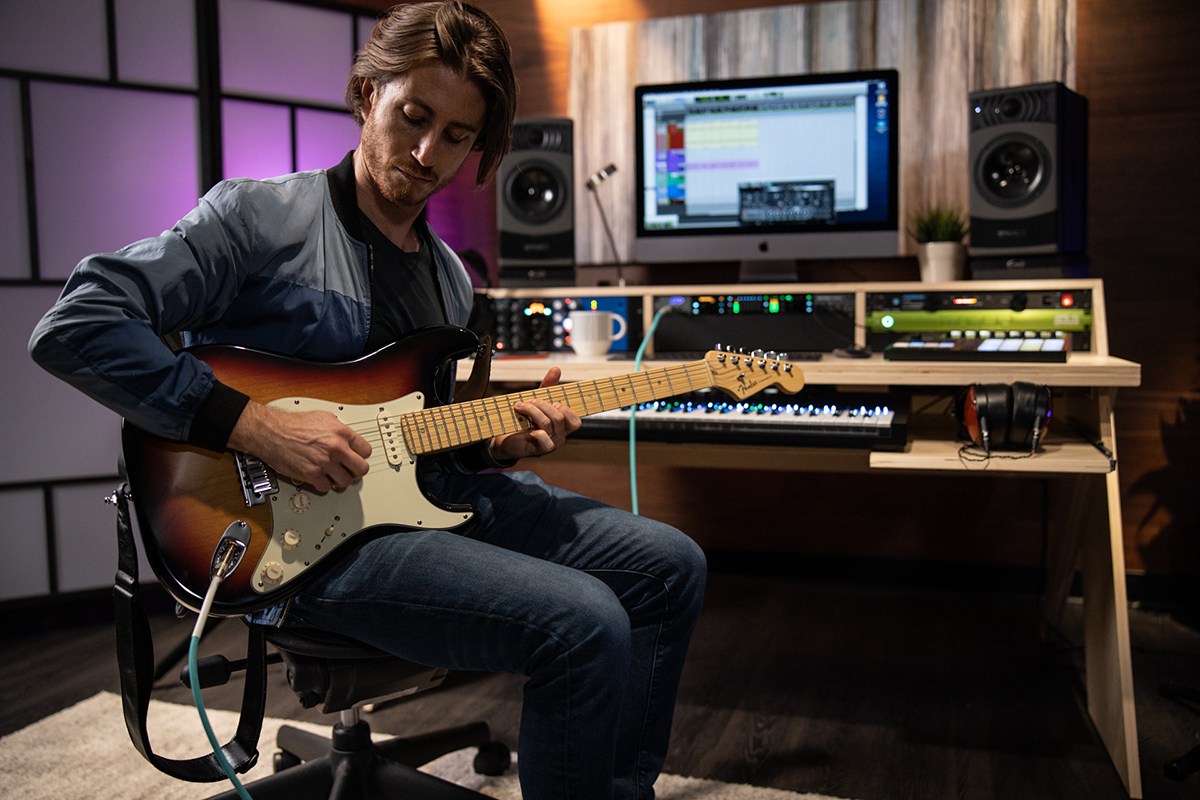 Well, to be fair, Pro Tools Carbon is not only a new audio interface. In fact, it is a dedicated bundle of an hardware interface and software. As Avid explains, this comes with Pro Tools 2020.11, which "introduces a new dramatic dark themed UI that’s sleek, inspiring, and easier on the eyes — especially in lower light conditions. It also provides new ways to create and advance ideas with the ability to analyze audio and render it as MIDI notes. For audio post professionals, Pro Tools 2020 includes native integration to export ADM files for Dolby Atmos, a new space clips function that lets you arrange a multitude of clips in a fraction of the time, and it reintroduces the ability to bounce sessions to QuickTime formats in macOS Catalina."

Considering the recent introduction of Blackmagic's DaVinci Resolve 17, which runs on Windows, Linux and macOS, and inclusively supports already the latest macOS Big Sur release — and is fully ready to support and leverage the latest Mac Silicon M1 processors — plus the fact that 2020 is not exactly a reference you want to keep in consumer’s minds in 2021 with a product released in November, it seems clear that software was not the focus for Avid. So, there's essentially the new Carbon audio interface. 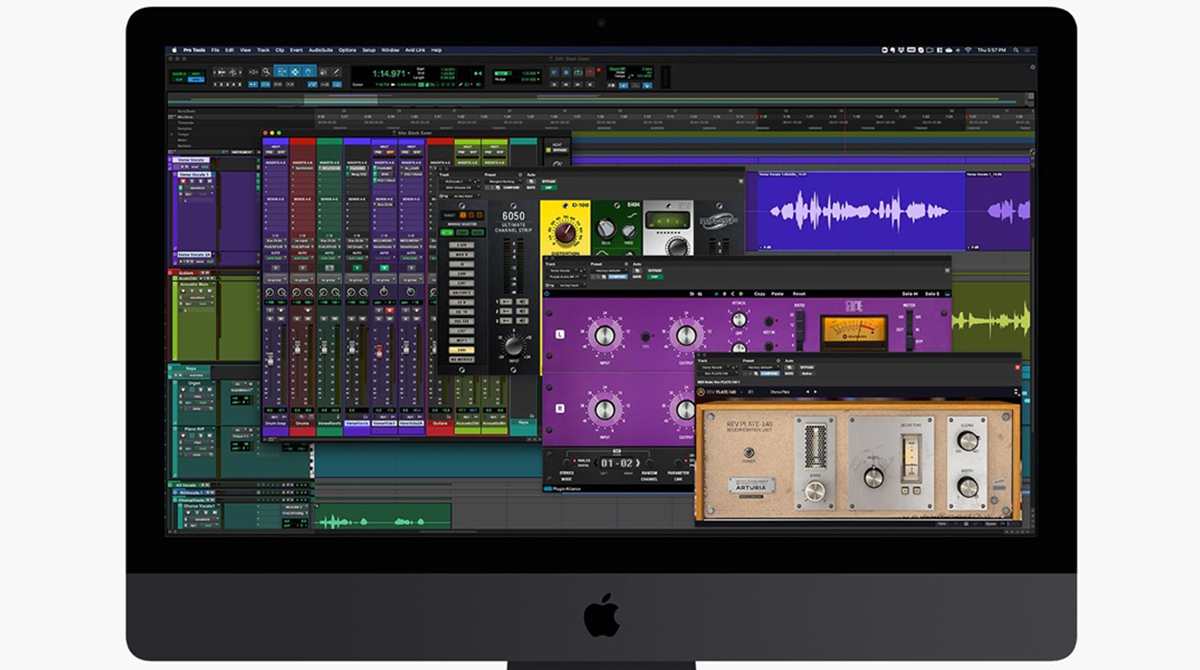 The previous hardware options for Pro Tools, including those announced just at the start of 2020, relied on the best audio industry partners Avid could engage with, from Apogee to Sonnet Technologies, and Digital Audio Denmark (DAD), which was the chosen supplier for its most recent audio interfaces. Avid’s audio interfaces for Pro Tools, including the latest Pro Tools MTRX Studio unveiled at NAMM 2020, at least combined Avid's required proprietary DigiLink interface for ProTools, with Dante, ADAT and other integration options, as well as direct support for EuCon remote control (used in all of Avid's control surfaces).

With the recording, studio and broadcast/media production market now largely benefiting from the latest AoIP efforts (ST2110/AES67) and Thunderbolt 3 solutions - converging to Thunderbolt/USB4 in 2021 - the industry is basically allowing all manufacturers of audio interfaces to easily support any of the available software DAWs (or vice-versa), thanks to direct operating system support on Mac and generic drivers on Windows. Clearly, for home/project studio needs, a standard computer interface like Thunderbolt/USB is the preferred option (all using the same USB Type C connectors and great bus-powered options), while larger networked studios and productions will benefit from Ethernet-based solutions, which are predominantly Dante or AES67/Ravenna-based for the audio part of that universe. Industry support for Dante/AES67 is so widespread and proven, with hundreds of manufacturers offering compatible equipment and thousands or products available at all price levels, that anything proprietary is just hard to justify at this stage.

In this environment, Avid faced some difficult choices, since its Pro Tools ecosystem continues to depend upon its dedicated HDX hardware (with plus Avid DigiLink interface), currently the least attractive option there is, except naturally for all the studios that have already invested heavily in Avid's hardware. With the newly announced launch of Pro Tools Carbon (which looks like a repackaged MTRX Studio, which was DigiLink only) Avid takes another alternative route, by pitching the old AVB (Audio Video Bridging) standard to the music recording business, basically joining PreSonus and MOTU in the effort (both of which, by the way, also offer other interfacing options).

A Very Bad idea
For those less familiar, AVB (once an effort promoted for the AV market by a consortium called AVnu Alliance) is an IEEE standard (AVB IEEE 802.1) and was defined on top of Ethernet Layer 2 to allow for precise (deterministic) synchronization of data across a network. AVB is in fact an underlying technology, not in itself an audio networking protocol. AVB and the evolution of that technology, AVB/TSN, is being pitched without much traction for industrial and automotive applications, where things move at a different pace anyway. Previous attempts to pitch AVB for the AV/installation market have long been replaced by Dante and newly emerging audio/video networking efforts.

The very few manufacturers who still propose adopting AVB in audio are using it for closed-circuit live performance applications, and most recently started working on something called Milan (https://avnu.org/Milan/), which is a mild interoperability effort to make sure that different solutions can work together. Milan is mainly proposed by large manufacturers of live sound solutions, like L-Acoustics, Meyer Sound and d&b audiotechnik, which are perfectly happy to use the technology only in their own products and for their own systems, with a few selected partners who have to pay certification for the privilege of being supported.

Avid is one of the Milan supporters for its live sound Venue systems, but AVB audio and Milan still remain two separate universes. And even affordable AVB audio systems like those from MOTU or PreSonus aren't guaranteed to work with each other, and only exist because one day Apple offered AVB support at the operating system level. Any attempt to create some form of network will require a dedicated AVB Switch, which is fine and convenient on specific applications like small live sound and recording systems, where the equipment is connected temporarily, needs to be simple to configure, and work reliably.

For its next-generation Pro Tools system, specifically designed for music creators, Avid decided to embrace the AVB approach and designed an audio interface that doesn't even offer any other connectivity option. Other than analog I/O there’s only ADAT. Connections to the host computer rely exclusively on Ethernet, and that’s point-to-point only.

"With Pro Tools Carbon, Avid brings groundbreaking, innovative tools and technologies like HDX DSP to a new generation of music creators around the globe to capture their best performances," says Dana Ruzicka, General Manager of Audio at Avid. "Pro Tools Carbon is a complete project studio solution that has immense capability without the complexities that bog down music creators. It has onboard HDX DSP, which lets you record through effects in real-time, virtually eliminating latency, along with some of the highest quality I/O we’ve ever delivered to record a whole band and dial in individual low latency cue mixes for each player."

Inside the Avid Carbon interface - which the company says was designed in-house, this time - there is a new board hosting the Pro Tools Hybrid Engine, which powers virtual instruments and mixing by accelerating all audio-related operations away from the host CPU. It simultaneously allows users to access on-demand, low latency channels to record through AAX DSP plug-ins in real time — with sub-1 ms latency monitoring performance — with the ability to easily toggle a single DSP Mode button per track in Pro Tools.

"AAX DSP is at the core of this Hybrid Engine and is the only plugin architecture that offers true hybrid capabilities. AAX DSP delivers the same sound quality in both native and HDX DSP Acceleration domains, enabling users to toggle in and out of DSP Mode while maintaining equally exceptional sound quality. This also enables music creators to easily disconnect Pro Tools Carbon and take their mix on the road or collaborate with others who don’t have the interface," Avid explains.

Otherwise, the new Carbon audio interface, touted as "Avid’s most transparent mic preamp design yet," features eight preamps combined with 16 channels of ADAT inputs, four headphone outputs to send individual monitor mixes, and an onboard talkback mic. Looking at the audio connectivity, this will appeal to any project studio that focuses on recording music tracks, is familiar with Pro Tools software, and wants something more powerful in terms of effects than a Pro Tools native system, without adding latency. Until now, the only option was a more expensive HDX system, and Pro Tools Carbon sits right there in the middle, offering the facilities of something similar to the Universal Audio Apollo (Thunderbolt 3), or an Apogee ensemble (Thunderbolt 2) or a Focusrite Red 8Line or Red16 Line (Thunderbolt 3, DigiLink, Dante).

Pro Tools Carbon would be perfect for the market if it would combine the same Thunderbolt 3, DigiLink, and Dante options of the Focusrite, with the DSP acceleration of Universal Audio (and probably the Apogee converters). As it is, with only AVB, it is "a self-contained tracking and mixing solution," as the website Pro Tools Expert characterized it wisely, a euphemistic way of saying proprietary.

Actually, Avid is pretty straightforward in the way it explains that because of its "32-bit float precision — the first in the industry," Pro Tools Carbon "uses a proprietary implementation of AVB to achieve a high-quality connection into Pro Tools," and "does not currently work with other AVB devices and routers." In fact, it connects only to a single computer, not supporting networking or daisy-chaining with other devices (including other Carbon units) over Ethernet. And is Mac only - at least until Avid comes up with a dedicated driver for Windows. As long as you never take it out of the studio, and never need to expand it, it should work fine. 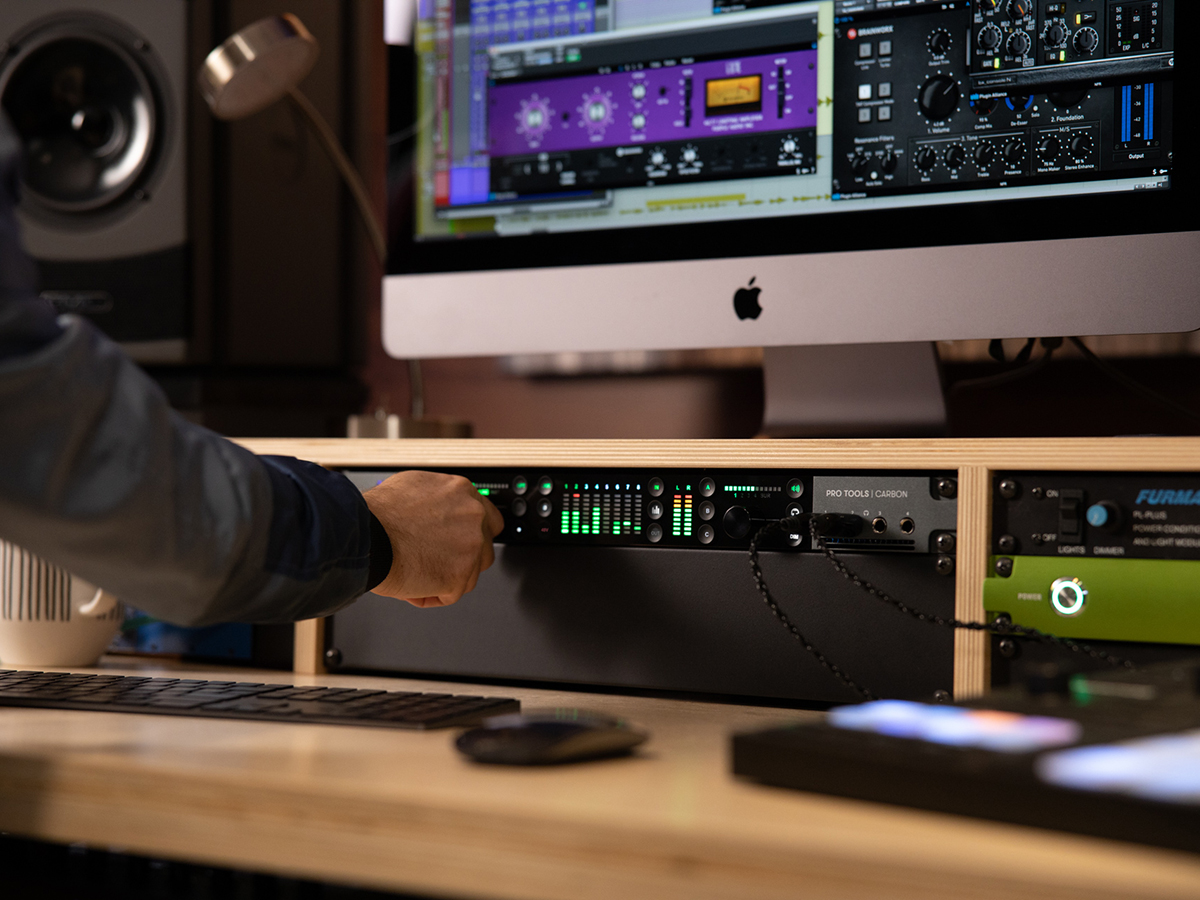 Pro Tools Carbon is now available starting at $3,999 USD, which includes a one-year Pro Tools subscription and plugins from Arturia, McDSP, Plugin Alliance, UVI, Native Instruments and Embody. This last company, some of our readers will recognize, supplied the software for personalized spatial audio with HRTF support for Steinberg and Audeze, allowing users to monitor Ambisonics mixes using headphones, or select an emulation of a reference monitor setup, sampled from the real room response in world-class mixing and mastering studios.
www.avid.com
related items