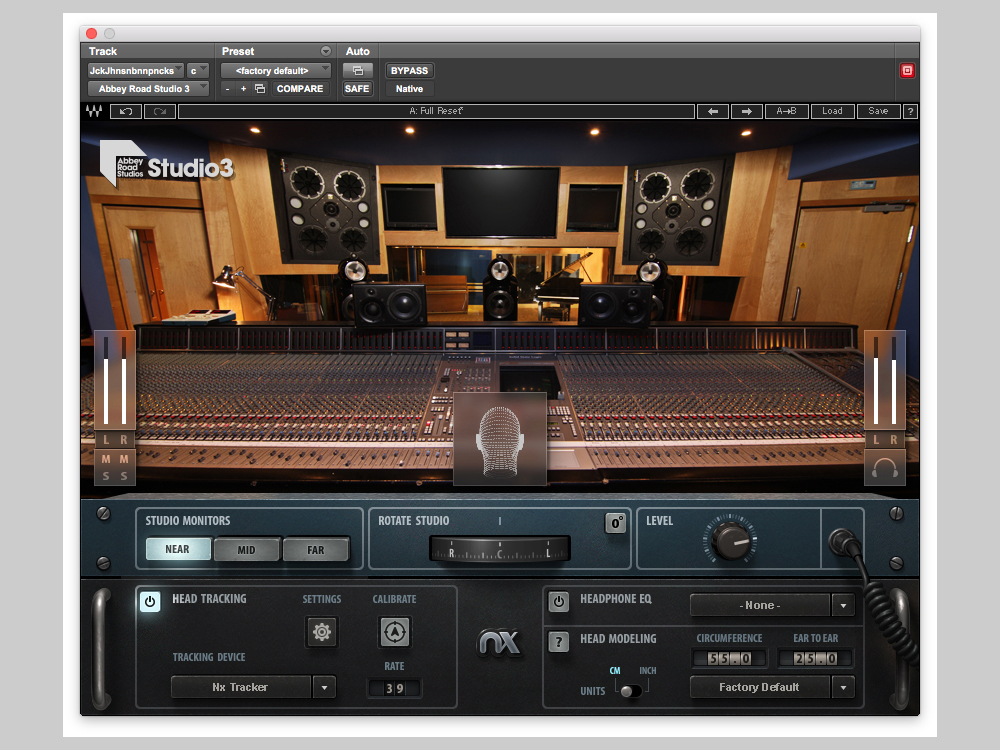 Waves Audio has been working with Abbey Road Studios in many plug-in projects, including to recreate many of the studio's famous vintage equipment, which was used in countless historic recordings. This type of collaboration enables anyone with a laptop to run emulations of the most prestigious audio-chains in his own music and mixes. This approach has proven highly profitable for Waves, selling thousands of plug-in licenses for less than $100 US, and for Abbey Road, which gains a completely new source of revenue.

As Mirek Stiles, Head of Audio Products at Abbey Road explains: “Abbey Road has historically been very protective of the acoustic properties of its studios for software emulations, and the Studio 3 control room is no exception. After speaking with Yoni Zlotkin (Waves Product Manager) and the Waves team at length over many months, I began to feel more confident these guys had some groundbreaking theories on how such a sensitive task could be realized. Not everything worked first time and we went back to the drawing board on a few occasions. Our breakthrough moment was when Giles Martin came into the Studio 3 control room with some Universal Music executives and we did a playback. The positive reaction from all in the room was immediate and confirmed our suspicions we had created something special and unique. This plugin was probably the most challenging yet and I’m extremely grateful to the Abbey Road engineers for their feedback and input, and to the talented, resilient and patient team at Waves Audio. I hope this plugin inspires music creators worldwide to realize their visions with more confidence than ever before.” 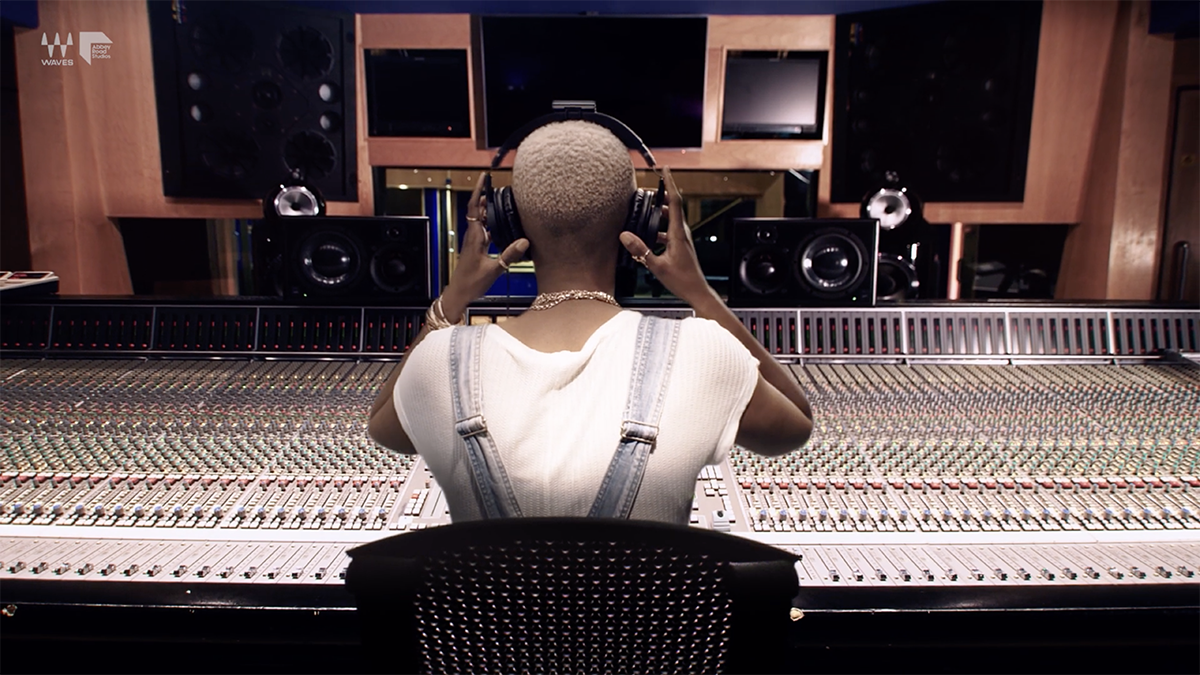 The new Waves Abbey Road Studio 3 plugin is an ambitious step further to sell the dream of working in the actual studio complex - and something that is only possible due to Waves Nx advanced binaural encoding technology: Bringing the impeccable acoustics of the legendary Abbey Road Studio 3 Control Room to any set of headphones. "For the first time ever, thanks to Waves’ Nx technology, the complete acoustic response of Abbey Road Studio 3, a perfect music mixing room, has been captured for immersive use on headphones," Waves states.

The Studio 3 control room is Abbey Road’s flagship mix room, designed by the world’s greatest acousticians to provide the ultimate music production and mixing environment. This unique control room is home to music’s greatest legends. From modern classics by Radiohead, and Amy Winehouse, to contemporary mixes of the Beatles and Pink Floyd, to the latest number-one chart hits, all were recorded, mixed and perfected at Abbey Road Studio 3.

The Waves Abbey Road Studio 3 plugin emulates the exact acoustics and monitor listening experience of the Studio 3 control room to headphones – generating a binaural representation of three-dimensional sound, powered by Waves’ pioneering Nx technology. And as Waves states, the unique plugin can be used "with any set of headphones," and the results will provide "the same stellar audio qualities that make Studio 3 the world’s best studio control room." And that includes emulating the same acoustic response when the existing near-field, mid-field and far-field speakers are playing in the room, including "the same well-balanced sustain across the entire frequency spectrum — the hallmark of expertly treated rooms."

In addition, this plugin also delivers full 5.1 and 7.1 surround sound, modeled after the studio’s original surround setup. This means mixing professionally for surround – on any set of stereo headphones. Another advantage that Waves mentions is the possibility for musicians and producers to collaborate in remote locations and environments, knowing they will have the same listening experience as a reliable reference. 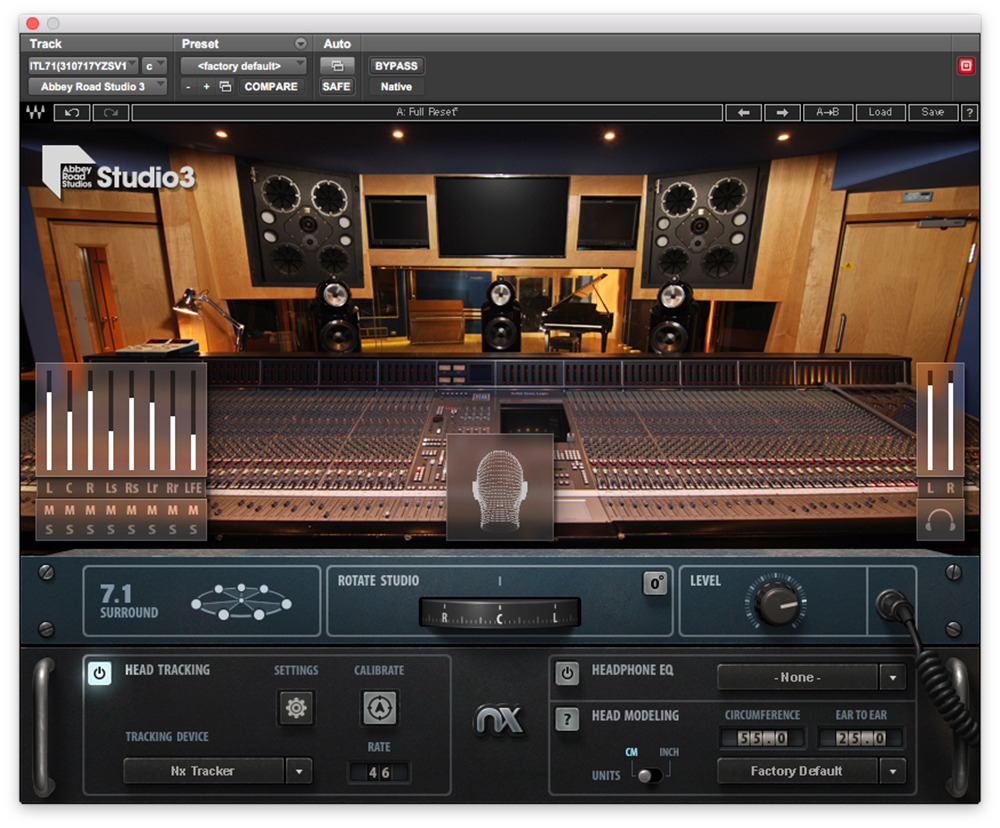 “The Waves Abbey Road Studio 3 marks a pivotal point in the prolific cooperation between Waves Audio and Abbey Road, which began in 2011. This plugin is not only a technical breakthrough, it faithfully mirrors Waves’ ongoing commitment to serve our user base, by offering them tools that augment and enrich their workflow and especially their creative options. With the Abbey Road Studio 3 plugin, we have managed to overcome a common yet critical missing factor for many engineers, producers and musicians: not only the ability to obtain a professional-sounding work environment, but easy and affordable access to one of the best-sounding rooms in the world,” Mick Olesh, Waves EVP of Sales & Marketing adds.

Of course, in order to compensate for the differences in response by different headphones, the plug-in includes Headphone EQ calibration for popular headphone models. The plug-in can be also combined with Waves Nx hardware for high-precision head tracking (present also in the Audeze Mobius headphones), enhancing the realism of the whole experience and allowing personalized head anatomy calibration. And if users are worried about the heavy processing needed for the emulation when their session is already using all the DAW resources, the plug-in processing can be offloaded to a Waves SoundGrid server.

As usual, Waves has produced a bunch of inspiring videos for those who have time to watch videos. See one here.
www.waves.com/plugins/abbey-road-studio-3
related items