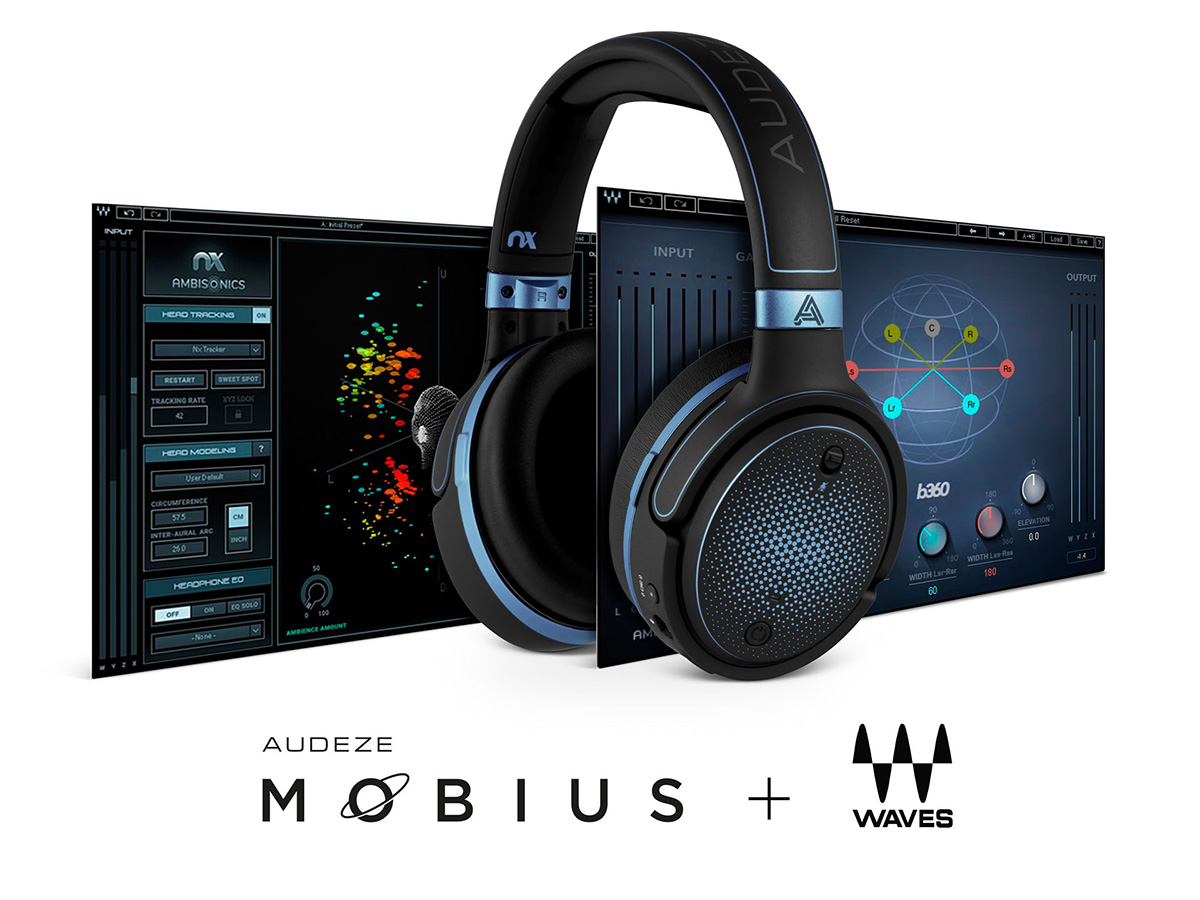 Audio processing expert Waves Audio was a major partner in this project, delivering its Waves Nx technology to power Audeze Mobius headphones, delivering the 3D audio experience, combined with Audeze's powerful, and fully-customizable 100mm planar magnetic transducers to provide a superior level of detail, clarity and 3D positional accuracy. The drivers use the    ultra-thin Uniforce diaphragm from Audeze, combined with neodymium N50 magnets and special Fazor waveguides for acoustic impedance matching. As an active and DSP processed solutions, the Mobius are an active design, powered by a built-in balanced amplifier (output 1W), allowing it to achieve a maximum SPL    of >120 dB.

Designed with pro audio users in mind, Audeze Mobius is especially suited for audio professionals working in the virtual reality and 360 immersive content creation market. Engineered for durability and comfort, the Mobius headphones are designed to replicate true, real-world listening experiences. Manufactured by Audeze leveraging the company's experience with planar magnetic drivers, the Mobius are a feature-rich package, creating that elusive “you are there” listening and mixing experience. 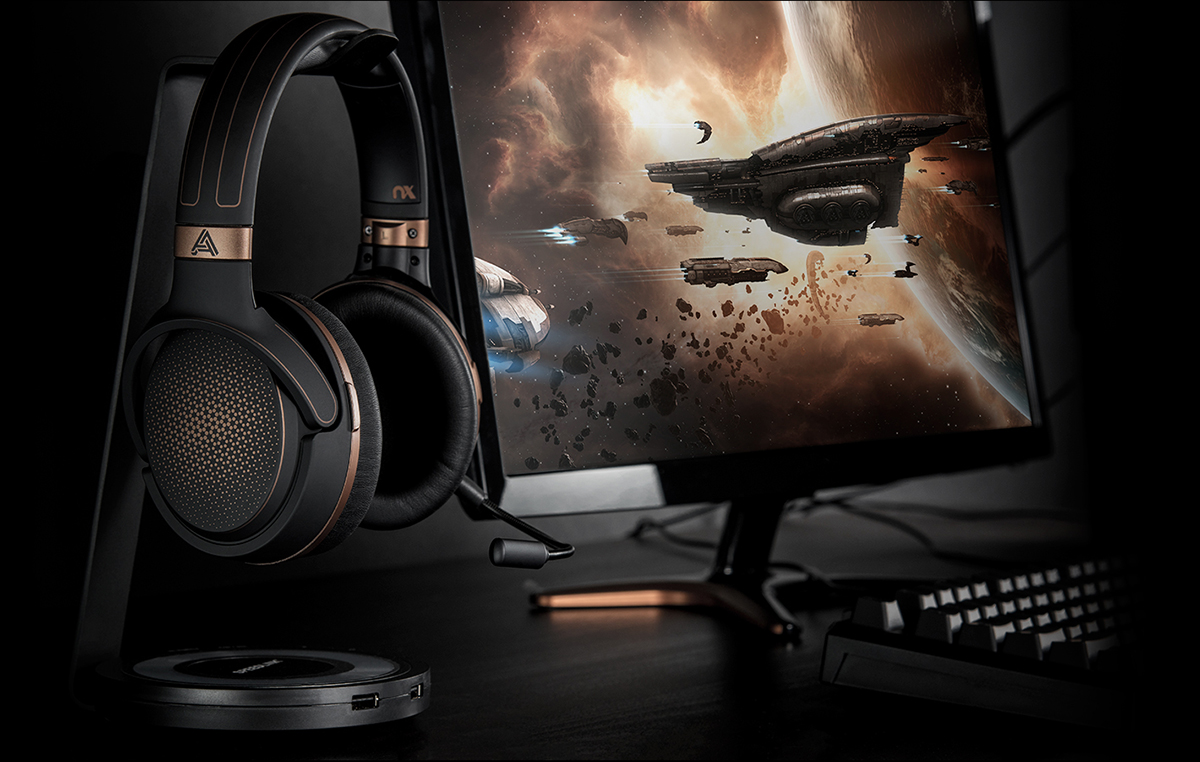 Audeze Mobius headphones with built-in Nx technology will be offered in a standalone package, and also as part of a “Creators Edition” that also includes the Waves Nx Virtual Mix Room (with room emulation) and Waves B360 Ambisonics Encoder plugins.

As Gilad Keren, Waves CEO and Co-Founder, shared, “Audeze headphones have achieved worldwide acclaim among music industry professionals and audiophiles alike for their amazing sound and for innovation that has kept them on the cutting edge of technology. With Mobius, Audeze is offering its award-winning audiophile sound with integrated Waves Nx head tracking, sound localization, and virtual room emulation technology for a monumental game-changer within audio.”

Sankar Thiagasamudram, Audeze CEO and Co-Founder, added, “Audeze is delighted to be joining forces with Waves. Waves’ 360 Ambisonics Tools, which include the B360 Ambisonics Encoder and the Nx Virtual Mix Room plugins, all seamlessly interact with the Audeze’s Planar headphone for diverse uses, be they in gaming, 360/VR mixing or mixing in non-acoustic environments, and from surround monitoring to consumer-listening experience.”

Lucas Wilson, Founder and Executive Producer of VR/360-degree company Supersphere, comments, “We do a lot of audio for 360 and VR. The Mobius streamlines those audio workflows and solves a major pain-point with audio creation for VR. It allows you to mix, monitor and modify ambisonics and regular mono/stereo/multichannel audio in an ambisonics field, with full head-tracking, and represents a huge step forward in the audio-for-VR world.”

Key features of the Audeze Mobius headphones with built-in Waves Nx technology include USB-C, USB-A, Analog (3.5 mm) and Bluetooth connections, with support for 2.0, 5.1, 7.1, and 3D audio formats in real time, and Ambisonics for VR/AR content creation with the B360 Ambisonics Encoder & the Nx Virtual Mix Room plugins. Working in wireless mode the Mobius also features Bluetooth functionality with SBC, AAC, and Sony LDAC codec support. To support all its operational modes, the Mobius are powered with a lithium-polymer battery, providing up to 10 hours of use. For continuous use, they must be connected via USB, which also charges the battery. 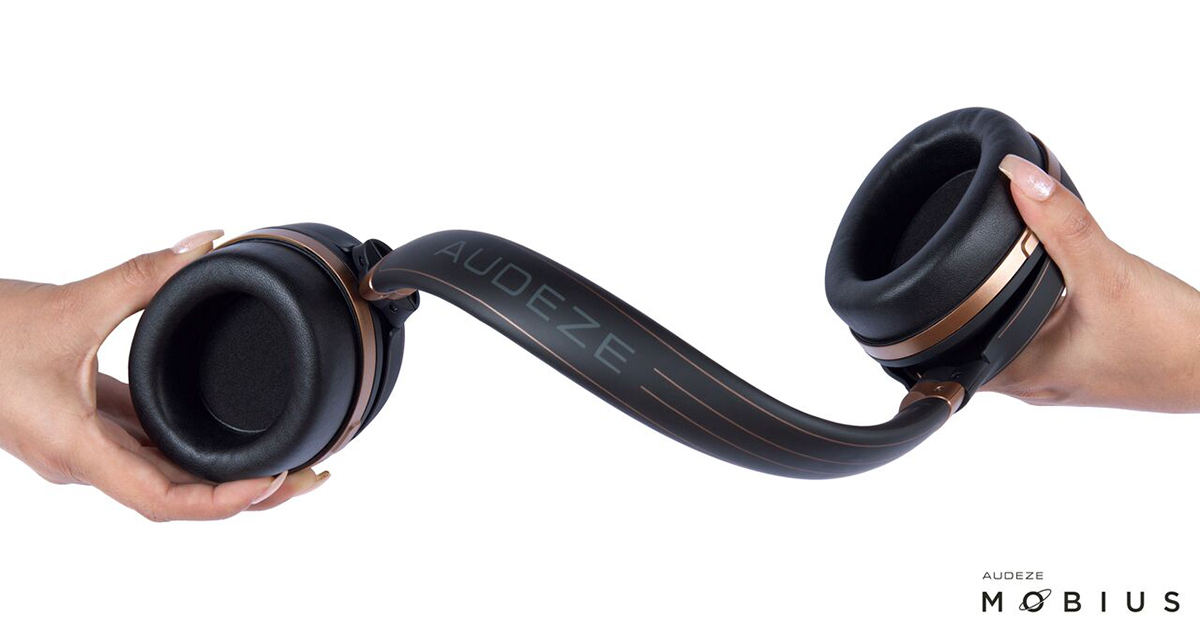 As Sankar Thiagasamudram noted, "The early reviews are very positive. This is our most ambitious product ever at Audeze.  Since this is new territory for us, we are doing a pre-sale on Indiegogo. Super proud of the team at Audeze for pulling this off." The online Indiegogo campaign kicked off to a very strong start, immediately achieving the determined funding goal, allowing early-bird adopters to get a complete Audeze Mobius system for just $249 (regular retail price will be $399).

The Creators Edition, which includes Audeze Mobius headphones plus the Waves Nx Virtual Mix Room and Waves B360 Ambisonics Encoder plugins, is offered on Indiegogo at a special early-bird price of $599 (regular retail price $797). Shipping is scheduled to begin in June 2018.
Visit the Indiegogo campaign here.
www.waves.com | www.audeze.com
related items