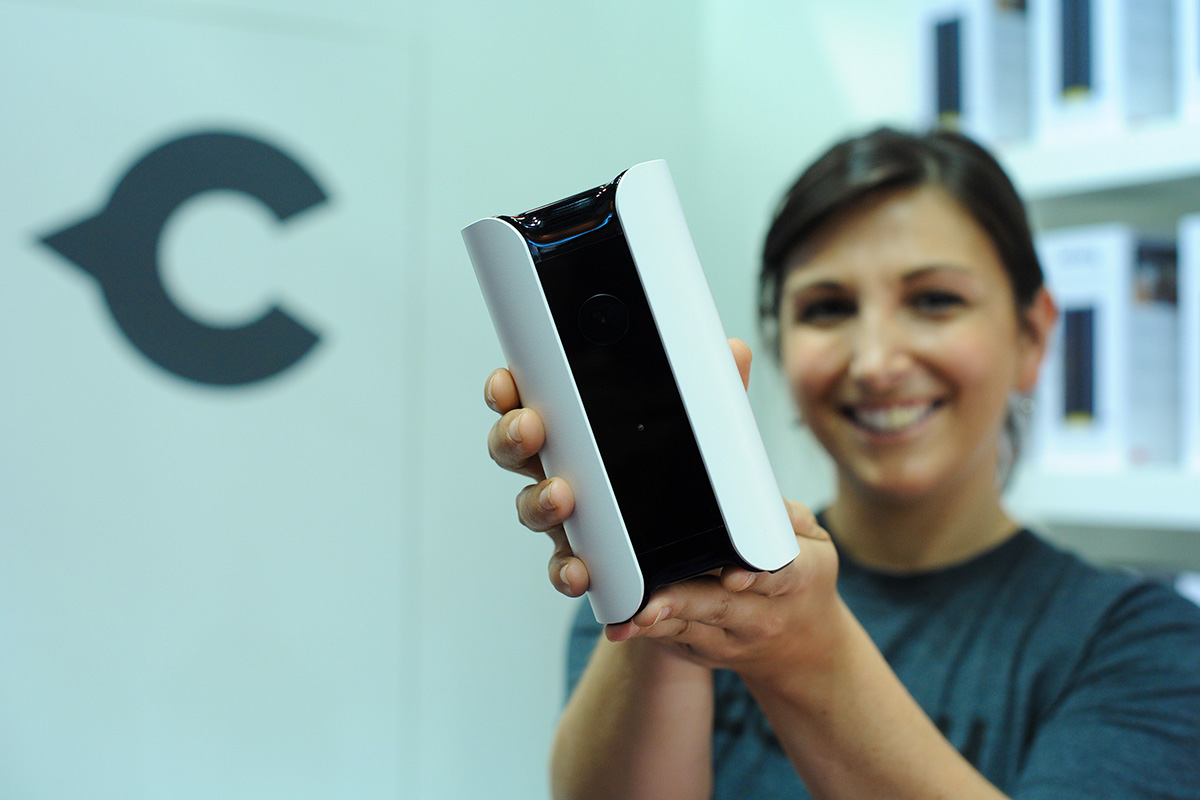 In July 2015, Amazon launched its first audio device, called Echo, which has since become the bestselling wireless speaker in the US and is expected to sell around 3.9 million units by the end of this year (cumulative since launch), earning Amazon almost $700 million. Echo represents the first wireless speaker to introduce a 'Voice Personal Assistant' (VPA); the feature has generated significant intrigue within the audio industry, many wondering whether it could provide a much-needed boost to market revenues, which will be flat this year after a decade of stellar performance.

Echo comes bundled with popular music streaming brands like Spotify as well as Amazon’s own Prime Music service, and moving forward is rumored to include a dedicated low-cost music streaming service for Echo, presumably so that non-Prime subscribers aren’t put off buying Echo. However, the feature causing most intrigue is voice and its voice personal assistant, which Amazon has named Alexa. Echo uses Alexa and an 8 microphone array to bring access to cloud services using voice. Users can control their media (e.g. "Play Beyoncé I’m a single lady", "Skip", etc.), as well as control compatible devices residing on the WiFi network (e.g. lights, appliances, etc.), and even access cloud content and services, such as ordering products from Amazon’s own store, Pizzas from Dominos or calling a car from Uber.

Sonos has recently announced it is partnering with Amazon as it believes voice assistants like Alexa represent the future of how people listen to music in the home.

User feedback indicates that usage is dominated by entertainment in practice, but nevertheless the product has created another catalyst to help increase awareness and interest in smart home. Brands like Nest, Insteon, Wink and Wemo have seen the opportunity to ‘piggy back’ on the popularity of wireless speakers and have system interfaces to enable Echo to control home automation functions, leveraging the power of Alexa.

Meanwhile, Google has announced ‘Google Home’ using its own VPA, which will reach the market in Q4 this year; and JD.com, Amazon’s equivalent in China, launched two ‘DingDong’ models using iFlyTek’s VPA in June 2016, the cheapest of which sells for only $30. Apple will offer Siri control of smart home devices via a new ‘Home’ App in iOS 10, but otherwise has not announced a dedicated audio device.

Futuresource believes voice will become more prevalent as a user interface over the next 2-3 years, where visual and touch interfaces have dominated to date. While touch and visual interfaces represent familiarity for consumers and are necessary for certain applications such as video and surfing the web, voice and speakers have key attributes and could become more relevant for certain environments, driving the car and cooking in the kitchen for example.

With growing use of VPA’s among smartphone users (Siri, Google, etc.), and the growth in smartwatches using VPA, along with improvements in voice pick-up accuracy and response latency, Futuresource expects voice to reduce friction within certain applications. If users want to check the weather or the traffic or set up an alarm, voice is relatively quick and reduces levels of abstraction i.e. users don’t need to find and unlock their phone, open the app and press necessary buttons on a soft keyboard, voice is potentially much more convenient. Though, this assumes the assistant understands the user (i.e. accuracy), and responds fairly quickly (low latency).

The short term scenario is relatively straightforward, and most probably positive, based on the momentum the category has, and the low level of penetration even among ‘early adopters’. The longer term scenario is dependent on geographic rollout (based on language support, Wi-Fi home penetration), the rate at which existing audio vendors (Bose, UE, Sonos, etc.) integrate the technology either themselves or outsourced, the strength of the ecosystem supporting the platform (devices, services), and whether consumers take to voice interaction. Futuresource forecast the speaker-VPA category to achieve 4.7 million units in 2017. 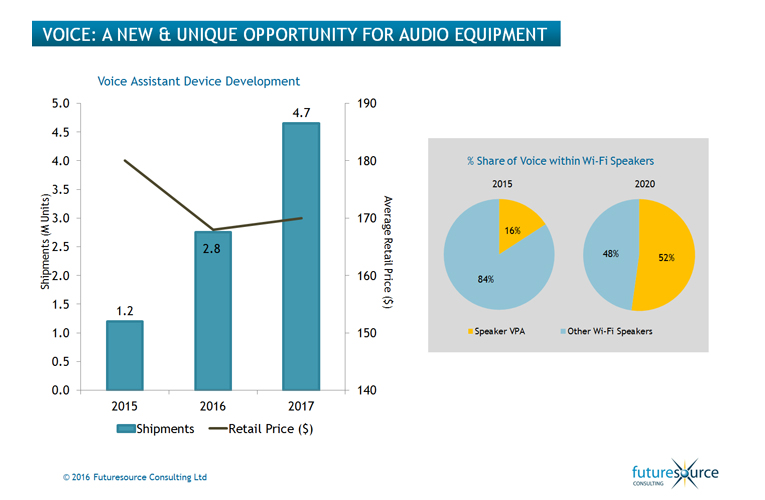 Voice and Audio in the Home
Interested in finding out more regarding the latest Futuresource reports - contact Futuresource here.
www.futuresource-consulting.com
related items