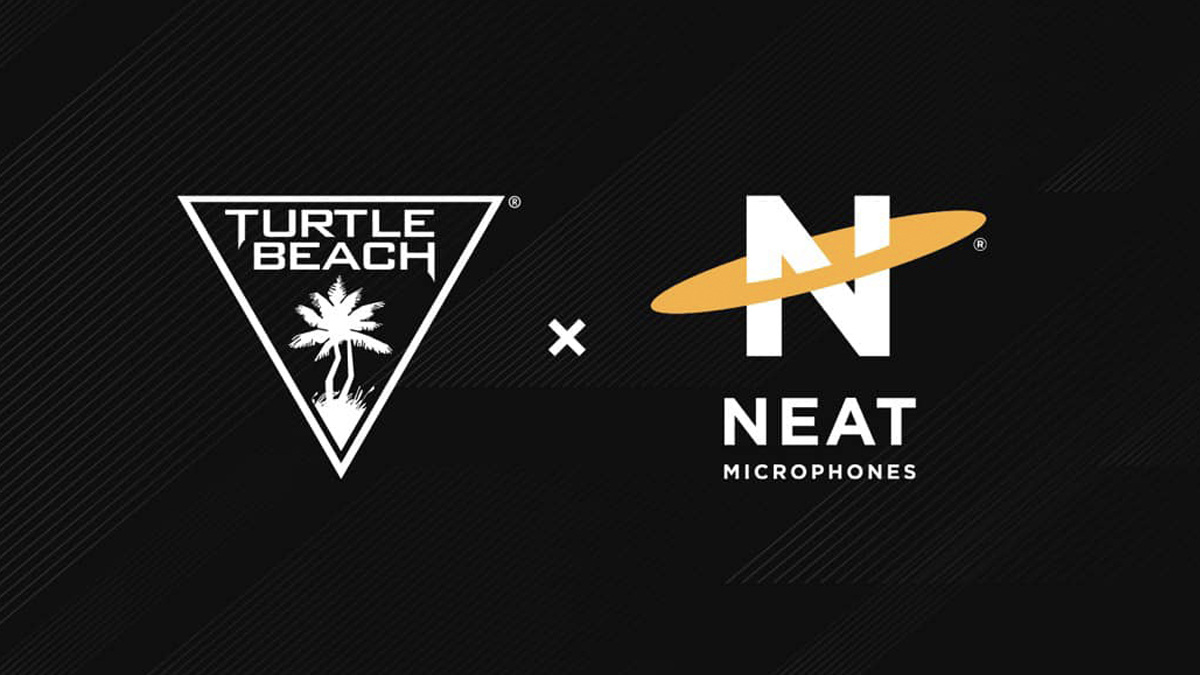 Anyone who attended the 2016 Audio Engineering Society convention in New York will certainly remembers that Gibson had a suite for its group of audio brands in one of the upstairs suites of the Jacob Javits. Taking a good part of the displays was the very first complete (and functional) showcase of Neat Microphones, an extended range of mostly USB microphones, complemented with a few other interesting prototypes of a tube mic preamplifier and what looked like a wireless speaker (but was probably just one of the microphone retail packages), all with the same yellow and black colors. Standing out was already the Bee studio microphone range and the broadcast-looking range of Widget USB microphones available in a variety of colors and with very interesting designs, all using the same proprietary capsule and circuits, with 24-bit/96kHz audio capabilities. Well-known executives from most of the microphone brands could be frequently seen entering the Gibson and scratching their heads...

Unfortunately, with all the founders and technical heads of Neat Microphones leaving the company a year after, in 2017, Gibson did little else than feed the existing inventory through its existing channels, which didn't exactly fitted the company's strategy. Not surprisingly, Neat microphones ended up being sold mostly online, with a few lucky people grabbing some of the great looking products with huge discounts. Of course, the company's founders could have never have guessed how the USB microphone market would be transformed literally overnight by a pandemic that forced people to work from home...

The announcement that Turtle Beach Corporation - today a successful, NASDAQ-listed gaming accessory company, but originally a pioneering name in computer music and audio and MIDI technology - is certainly good news for whatever was left of Neat and for the company's founders. Particularly since Turtle Beach is already promoting the fact that they intend to refresh the product catalog in 2021, naturally targeting the home market, and address applications in gaming, streaming, podcasting, recording, and audio conferencing. All a great fit for Turtle and in line with the strategy followed by competitors in the gaming accessory market.
In the formal announcement, Turtle Beach says the acquisition of Neat Microphones will enable the "accomplished leadership team" to join the company and they specifically mention that the team includes "the former founders of Blue Microphones, inventors of the first high-performance USB microphone, and pioneers behind other award-winning microphones that have revolutionized how professionals and consumers capture their voice, music, and more." That specific team from Blue and Neat remained connected under the name of a company called Stray Electrons (www.stray-electrons.com), of which little was known.

One thing is certain, as the Turtle Beach acquisition announcement notes, the product segment is now much more appealing representing the company's entry into the thriving $2.3 Billion global microphone market, which is experiencing rapid growth in the digital/USB accessories segment, precisely where Neat‘s product innovation is focused. 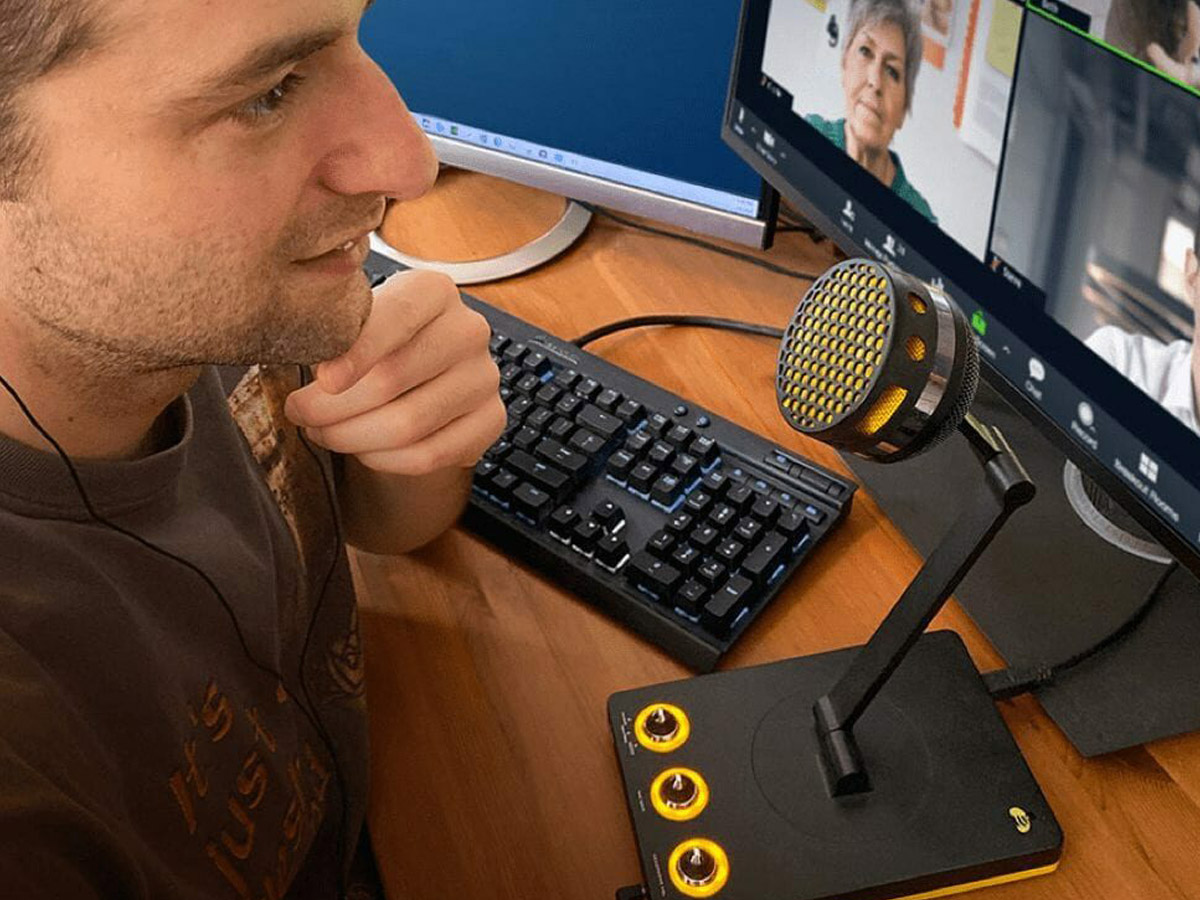 "Neat is about creating the next generation of microphones, with products that embrace cutting-edge audio technology and innovative design. Whether you record in a professional studio or your home, whether it’s music, podcasts, voiceovers, gaming, or conferencing/chatting with colleagues, friends and family, Neat can capture it all with exceptional audio clarity and looks that will capture your imagination," they state. "Our team of microphone engineers and designers have been working in the professional audio industry for over thirty years, making products that have changed, and now define, the way we record. As technology and culture continue to evolve, we’ll be at the forefront, leading the way in new and innovative ways to make your voice heard. We’ve seen the future, and it sounds Neat."

Among the founders of Neat Microphones in 2014, we find entrepreneur, musician, and recording engineer Skipper Wise, which co-founded Blue Microphones in 1995 with Martins Saulespurens, the renowned audio and electrical engineer and microphone visionary from Riga, Latvia, which surprised the studio recording industry with a unique revival of large diaphragm condensers with an appealing design. Skipper Wise was the president of Neat Microphones and before that he had introduced the successful Snowball and Yeti USB microphones. Also in the team, we find industry names such as David Angress, former senior executive at ADAM Audio, Fender and Guitar Center, Ken Niles, the former Creative Director for Blue Microphones, also responsible for the iconic branding and product design for Neat Microphones, and Clayton Harrison, an experienced design, production, and quality assurance engineer.

"We are entering the growing global streaming and microphone market with two significant advantages – the visionary leadership and engineering expertise behind some of the most renowned mics of the past 30-plus years, and Neat‘s impressive 2021 product lineup," says Juergen Stark, CEO, Turtle Beach Corporation. "Neat is a great fit with Turtle Beach’s 45-year legacy of audio innovation and expertise, and we’re thrilled to welcome Skipper Wise, Martins Saulespurens, and the rest of the Neat Microphones team to the Turtle Beach family."

Stark continued, "This is another significant milestone for Turtle Beach. Entering the global microphone market with Neat diversifies our product portfolio into new categories, while complimenting Turtle Beach and ROCCAT’s offerings in console and PC accessories. The total addressable market for our diversified products and brands expands from $5.1B to $7.4B with this acquisition. Turtle Beach is already well-known for the excellent mic performance in our gaming headsets, and Neat‘s technology will further enhance our future industry-leading Turtle Beach and ROCCAT products. Additionally, the Neat brand expands our reach beyond gaming with a broader assortment of consumer and prosumer audio products."
"We are absolutely thrilled to bring our team’s 100+ combined years of expertise to Turtle Beach to create groundbreaking microphone products. The market is ready for a new, high-quality, easy-to-use portfolio of digital microphones. Neat is the digitally native microphone brand that, with Turtle Beach’s extensive retail relationships and best-in-class global distribution, can bring this innovation to more people all over the world," Skipper Wise add.

"2020 showed all of us – family and friends, coworkers, musicians, gamers, streamers, podcasters, creators, influencers, educators and students – the importance of our voices being heard more than ever before. In 2021, Neat will launch new, updated versions of some of our most popular analog and digital microphones. We’re also currently developing the next generation of our products to meet the growing demand for high-quality, affordable microphones," he adds.