According to an announcement in Blue's blog page Logitech has agreed to acquire Blue Microphones, the company which evolved from its roots in professional studio microphones to make the popular Snowball USB podcast microphone - sold worldwide on Apple stores - and all sorts of microphones for home studio, web calls, and musician's use. But apart from microphones, Blue is also currently a contender in the headphone space, since it introduced its ambitious active Mo-Fi headphones using custom 50mm drivers, later also evolved into wireless models, addressing the lifestyle segment. 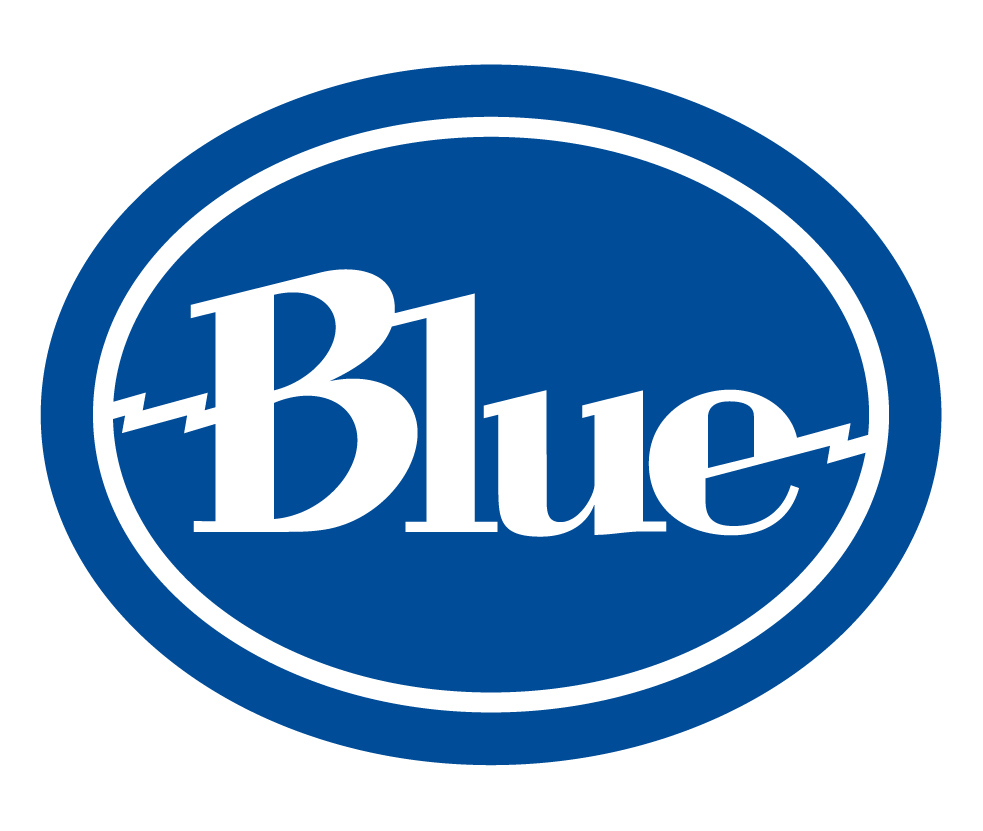 According to an announcement in Blue's blog page Logitech has agreed to acquire Blue Microphones, the company which evolved from its roots in professional studio microphones to make the popular Snowball USB podcast microphone - sold worldwide on Apple stores - and all sorts of microphones for home studio, web calls, and musician's use. But apart from microphones, Blue is also currently a contender in the headphone space, since it introduced its ambitious active Mo-Fi headphones using custom 50mm drivers, later also evolved into wireless models, addressing the lifestyle segment.

From professional studio microphones into lifestyle headphones, it has been quite a ride for Blue Microphones, the company founded in 1995 by an American session musician, Skipper Wise, and a Latvian recording engineer, Martins Saulespurens. The company's name is actually an acronym for Baltic Latvian Universal Electronics. But their Latvian roots are long gone, and the company is now headquartered in Westlake Village, California, United States.

In 2008, Blue Microphones was sold by its founders to private equity firm Transom Capital. At the time of that acquisition, Blue was already migrating from professional microphones for studio and musicians, directly into the larger volume USB microphone space, of which the Snowball became almost an icon for the company, since it was promoted directly by Apple for use in podcasting and home studio production. Transom had ambitious plans for the company, which was selling close to $10 million USD a year thank to the expansion into the consumer space.

Blue did ventured into headphones, with the introduction in 2012 of the Mo-Fi headphones, combining a built-in amplifier, a radical form-fit design and custom 50mm drivers, targeting both musicians, home-studios, but also vinyl enthusiasts, Djs, and more consumer-oriented lifestyle markets. Unfortunately for Blue, the Mo-Fi resulted in a truly heavyweight product that didn’t appeal that well to any of its targeted users. It was to bulky and uncomfortable for studio or DJ use - which need lightweight solutions for long sessions. In 2015, Blue introduced new lighter, slimmer designs of the Mo-Fi headphones, removing the built-in amplifier.

In 2013, probably interested in the new expanding headphone market, the Riverside Company, another private equity firm, acquired Blue Microphones from Transom Capital. Blue re-appeared at CES 2016 with a stronger focus on consumer lifestyle, introducing an expanded range of headphones inspired in the original Mo-Fi design (which has meanwhile been renamed mix-fi), and displaying already new Bluetooth wireless models. The company also dropped the “Microphones” word from their logo (the website also changed from bluemic, to bluedesigns.com). 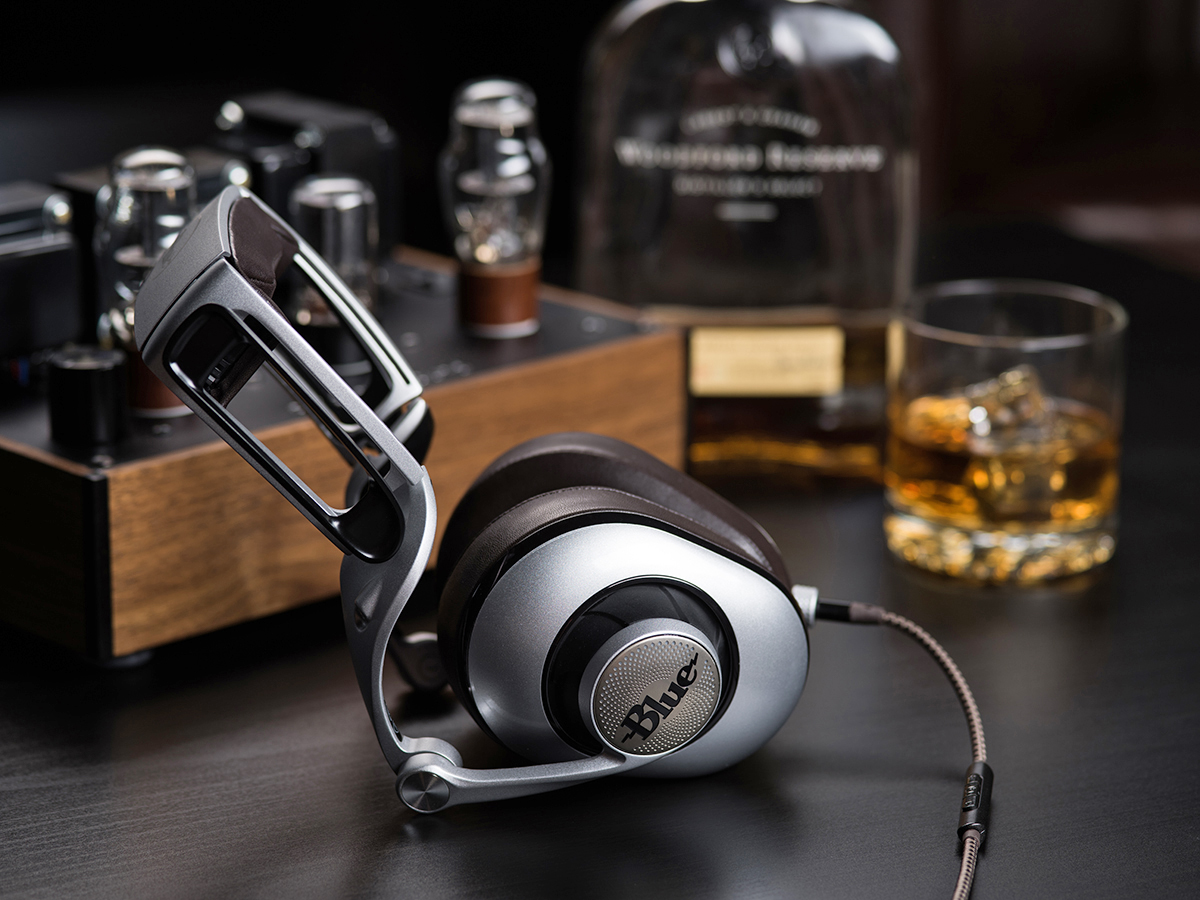 Currently, Blue Microphones continues to design and manufacture a selected range of studio microphones - with updated condenser, ribbon, and dynamic capsules, together with a renewed range of USB microphones and five headphone models, including the wireless satellite model ($399), the wired sadie and lola models, and the higher-end model ella ($699).

Blue certainly continues to have a very strong perception and positive image among home-studio owners, musicians and its designs continue to be admired and praised worldwide. The Yeti, another one of Blue's best-selling podcast microphones, was expanded into a complete range of application oriented solutions, all sharing the same kitsch design and multi-pattern capsule, including a version with USB and XLR connectors and built-in high-resolution recording interface.
According to Logitech's CEO, Bracken Darrell, "We loved Blue and their products the moment we discovered them. And we’re convinced we can do great things together. Logitech’s acquisition of Blue Microphones will accelerate our entry into a growing market, and offers another way for us to help bring people’s passions (from music to blogging) to life. Joining with Blue is an adjacent opportunity for us – a new way to grow – with additional synergies related to our existing gaming, PC webcam and audio categories. it’s exciting!”

John Maier, Blue Microphones current CEO, also states, “Blue and Logitech have a lot in common. Both companies work at being small, fast and hungry, crafting great products with cutting-edge design and technology. We’re an established leader in the broadcasting space with a strong product portfolio. Logitech has design at its heart, tech know-how and global reach. Together we can do amazing things.”

Logitech is the parent company for Jaybird, Ultimate Ears, and Astro Gaming brands, all managed independently and complementing Logitech's own extended catalogue of computer, gaming and mobile device accessories, which also includes webcams, conference and podcast solutions. Following the announcement, Blue's webpage was updated and now includes a statement from John Maier stating: "Blue’s mission is to help our users find and amplify their voice by making the coolest microphones on the planet, and we’re going to keep doing exactly that. With Logitech’s vast resources behind us, we can be supercharged. We can be better, stronger, faster…

"We have a lot in common with Logitech. Our products are all about the marriage of great design and stellar performance, and so are theirs. We both have strong brands in the gaming market. We make the most popular streaming mic, they make the most popular streaming cam. And we both want to put excellent, high-performance gear on every desktop." John Maier also adds the company has "some great new products in development."
www.bluedesigns.com
related items