After many years of real time translation presentations at CES and IFA, some using dedicated hardware devices, and more recently based on true wireless earbuds, those who followed the industry closely have already learned not to trust those promises as being "real time," or "revolutionary". TWS pioneer, Bragi was in fact one of the first companies to demonstrate the concept. It worked fine depending on the app used, and the company didn't brag to much about it. Already Mymanu was one of the very first TWS devices that sold translation as its main selling feature, and went nowhere because it wasn't anywhere better than what Bragi had shown.

First, the process is not real time because it takes voice to text, text to cloud upload, cloud processing, text transmission back to device, and conversion of text to voice on-device - a painfully slow time to wait in person to person interactions.

And second, because none of those companies and devices was actually processing language translation. After the microphone front end and Bluetooth transmission, it all runs on a smartphone, and it all depends on machine translation, and text-to-speech services by Google, Nuance, and all the others (some of which are paid services... and very expensive at it). Still, Timekettle claims 93% accuracy in translation (without saying in which languages). And regarding the "cloud effort" of supporting translation, Timekettle mysteriously claims to have "also deployed a total of 14 high-speed servers across the globe," (the latest ones in Moscow and Sao Paulo) and that in order to deliver "fast and responsive translations," they have partnered with Google, Microsoft, iFlytek, and others.

OK. We have seen some of the demos at CES, and effectively those "partners" provide reasonable translations of sentences in Chinese to English and vice-versa, sometimes even with poor connectivity to the cloud and in noisy environments. That is, considering that you cannot expect a very sophisticated dialog to open. Good for asking directions to the restaurant or hotel. Not for an engineering brief with a factory in Shenzen. And having true wireless earbuds in real world situations to provide translation to the ear - and not to the smartphone screen - is extremely hard, so Timekettle deserves some merit.

Another reason to be cautious with these concepts - all promoted extensively online and at trade-shows - is the fact that the designers tout voice-assistant support like Google Assistant and Siri - when that's really dependent on just the smartphone connected to the earbuds, and there no interaction between the "translation" features and those assistants, not at the device level, at least. Also, most companies claim an absurd number or languages and accents - again, only dependent on the apps that are running in the connected smartphone (most of which are a long way of being useful.)

Timekettle worked on developing an offline engine for English=Chinese - one of the most requested in such devices, also because those are the two most advanced voice recognition and voice-to-text engines in the world, and because of the number of users worldwide. And the company did it also because it finally could carry the company's efforts in this field to an updated hardware platform, with the processing power required to bring the engine to an edge device like the WT2 Plus earbuds.

Currently, Timekettle promotes three different products on its website. The new WT2 Plus AI Realtime Translator Earbuds, the ZERO Portable Mini-Translator (a dedicated device) and the WT2 Lite AI Instant Translator Earbuds ($149.00 USD). This is confusing, since Timekettle says its original WT2 Plus true wireless earbuds were created three years ago - in 2017. We have to assume that they are now shipping an updated version with the same reference. Because the hardware that existed 3 years ago for true wireless wouldn't be able to process translation on the edge, and there weren't any Bluetooth 5 chipsets.

On Indiegogo, Timekettle is also promoting successfully the M2 TWS model, which uses the latest Qualcomm Bluetooth 5 hardware and is promoted at a much lower price ($119 USD, after the campaign ends). What will be different from the WT2 Plus model - we can guess that the Qualcomm hardware, DSP, memory and everything that's needed to processing translation offline, explains the price difference. But Timekettle says this offline translation feature will be available "across its other translation products" with a simple software upgrade... and that's where we get lost and need to urge caution, as in all such cases with these startups.

Furthermore, while Timekettle clearly explains that offline works only with English=Chinese, they are also promising "seamless in-ear translation" between Chinese, French, Japanese, Russian, Spanish, and English without the need for an Internet connection." Again, I wouldn't bet on traveling to Russia with a Spanish girlfriend any time soon.

Describing how the translation processes can occur, Timekettle explains that the translation comprises three modes: Touch Mode, Lesson Mode and Speaker Mode. Sentence by sentence in Touch Mode is the function recommended for multilingual conversations and meetings. In Lesson Mode, users place their phone on a surface to capture and translate classroom or television content (continuous one-way mode), and Speaker Mode translates the user's spoken sentences that then play through the phone's speaker for another person. 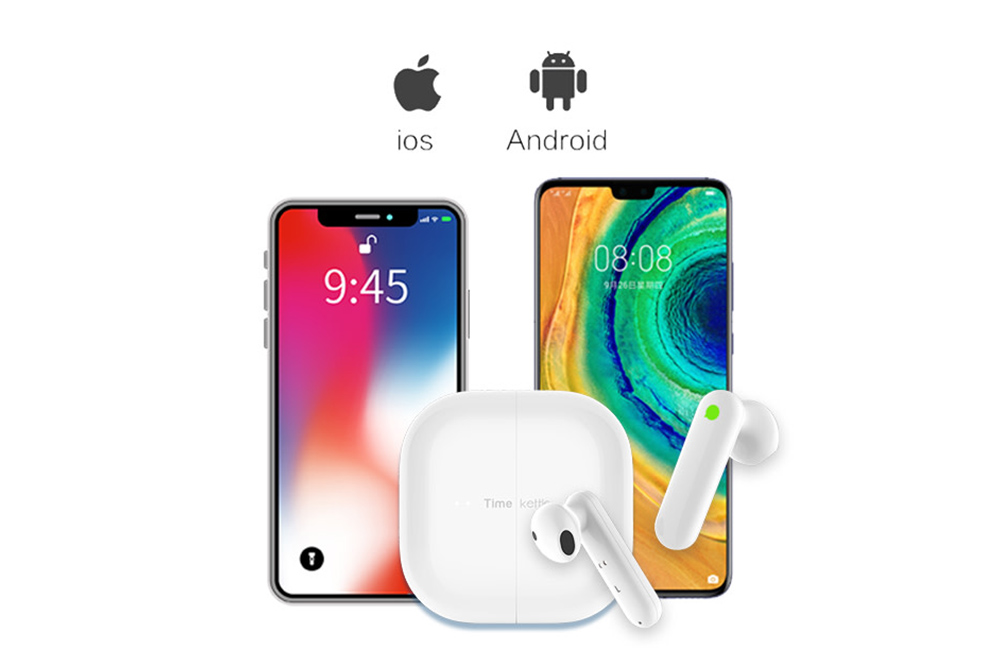 All things considered, Timekettle says the new WT2 Plus AI Realtime Translator Earbuds are the product that will make those dreams come true. "We are always looking for ways to add more value to our products so that our users enjoy the maximum benefits. The offline translation feature marks the latest improvement in a series of upgrades in the past six months," the company's CEO, Leal Tian, says.

Founded in 2016, Timekettle Technologies has been working on a combination of artificial intelligence and hardware, aiming to become the next global brand in translation. If they succeed to deliver a fully functional Chinese=English offline process on a true wireless, they will be on their way to that vision. That is, at least until we learn a bit more about the promised Translation app that Apple promised for the end of the year, and which will be supported on all existing AirPods, through an upcoming update. And let's not forget Amazon's, Microsoft and Google own ambitions in this field.
www.timekettle.co
related items