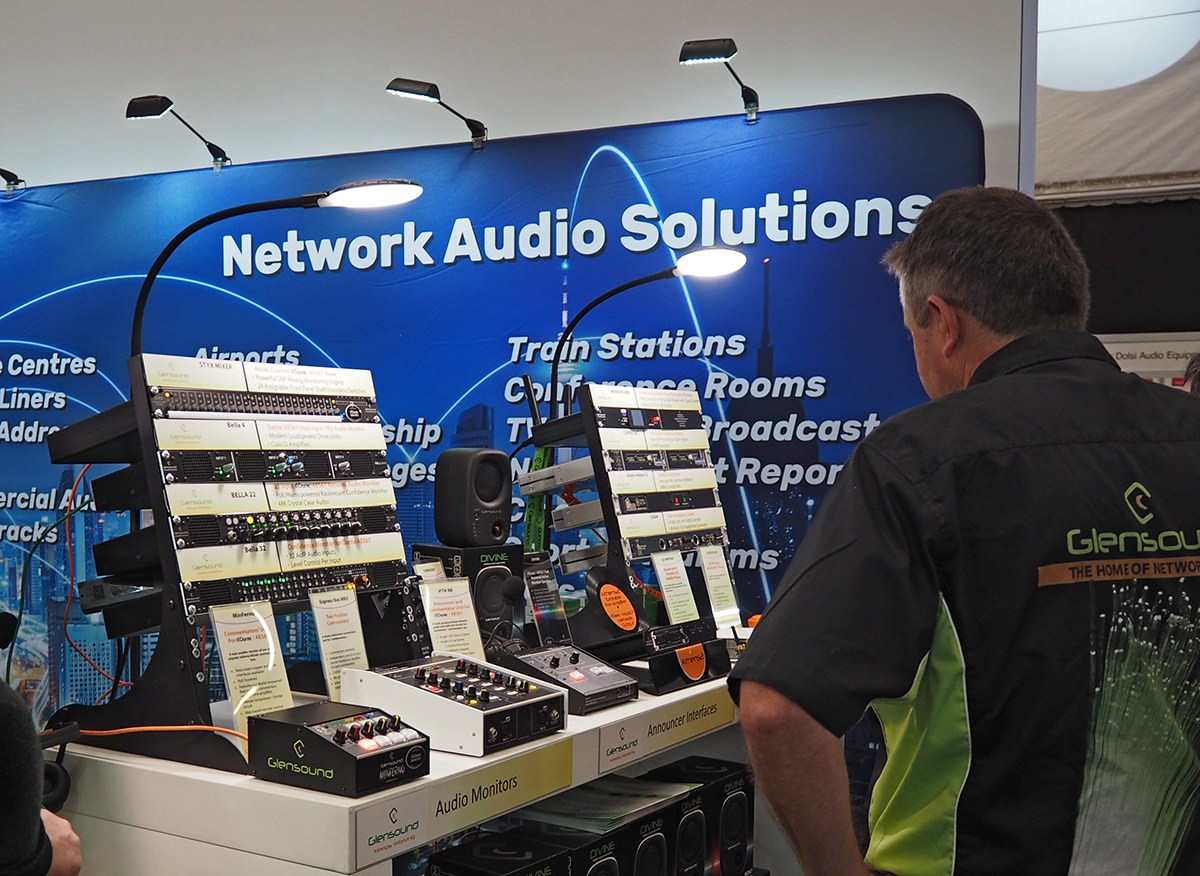 For anyone working with audio networks, having the convenience of an audio monitor that is PoE powered - so just a single cable connection - and allows monitoring four incoming Dante/AES67 channels, selecting them between individual inputs, pairs, or all 4 inputs, with the ability to priority override on one input to interrupt another (paging over program audio for example) and set EQ mode for music or voice priority, this is a dream com true. The Glensound Divine is a true IP monitor!

In fact, we can even set an LF Cut, gain boost to 24dB, band pass filter for voice applications, lock all functions or adjustments for security, define independent delays for each individual input from 0-40 ms, and define line up level to meet requirements around the world from -24dBFs, -20 dBFs or -18 dBFs. 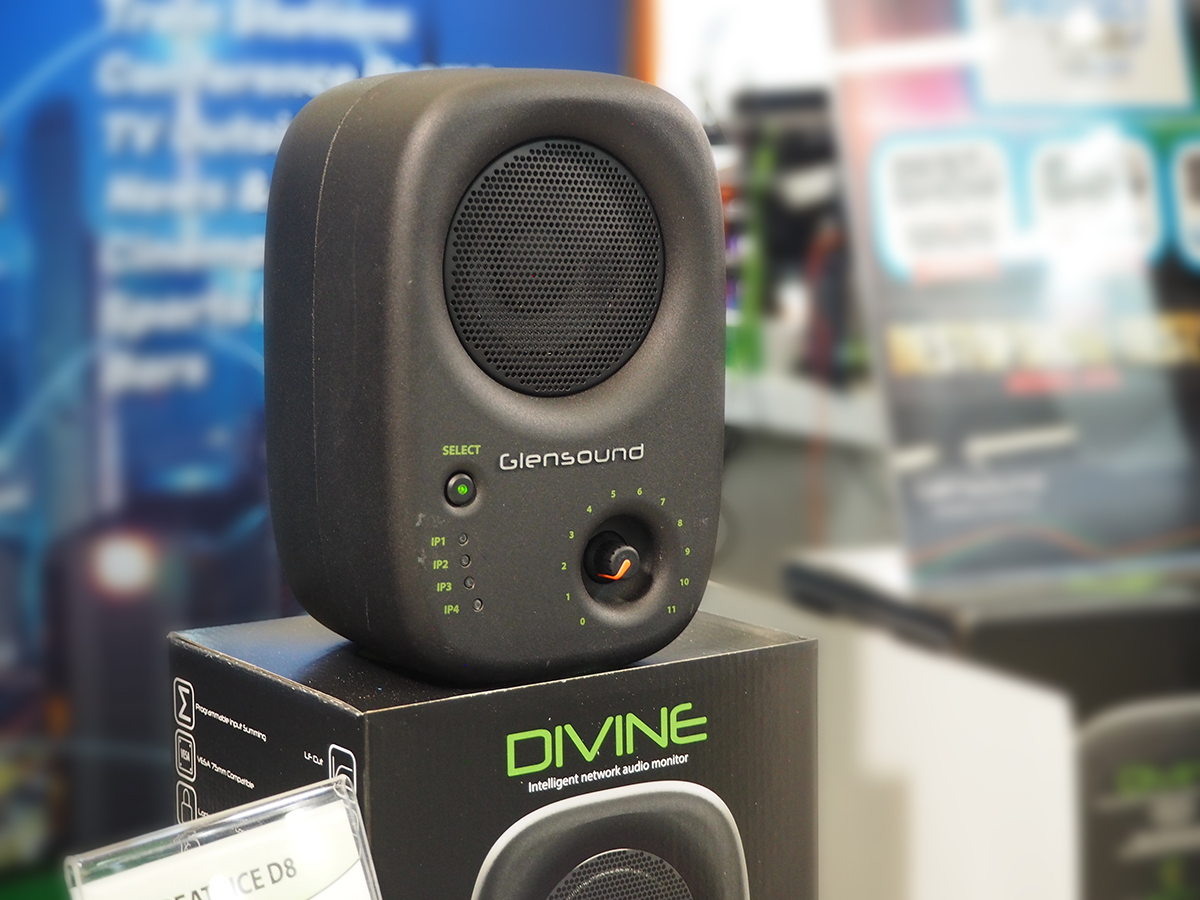 The Glensound Divine even offers the possibility to set the front input LEDs to be used as a PPM meter (each individual input LED can be set as a tricolor single LED meter for that input), and set the LEDs in “dark mode” for use in black out areas - a truly versatile solution for audio monitoring applications.

On the rear of the speaker there’s also a configuration screen, so the system can be connected and used without further network tweaking, and Glensound says they’re even working on a remote control solution using the GlenController software (coming Summer 2020), which will even allow upgrading individual or group Divine units across the network. In total, there are eighteen separate configurable parameters that are accessed from the monitor rear screen, allowing to define multiple operational modes.

Of course, like any other Dante solution, routing is managed by the Audinate’s Dante Controller software, allowing any of four different sources on a Dante network to be routed to the Divine. The Dante Controller is also used to set AES67 mode if required. 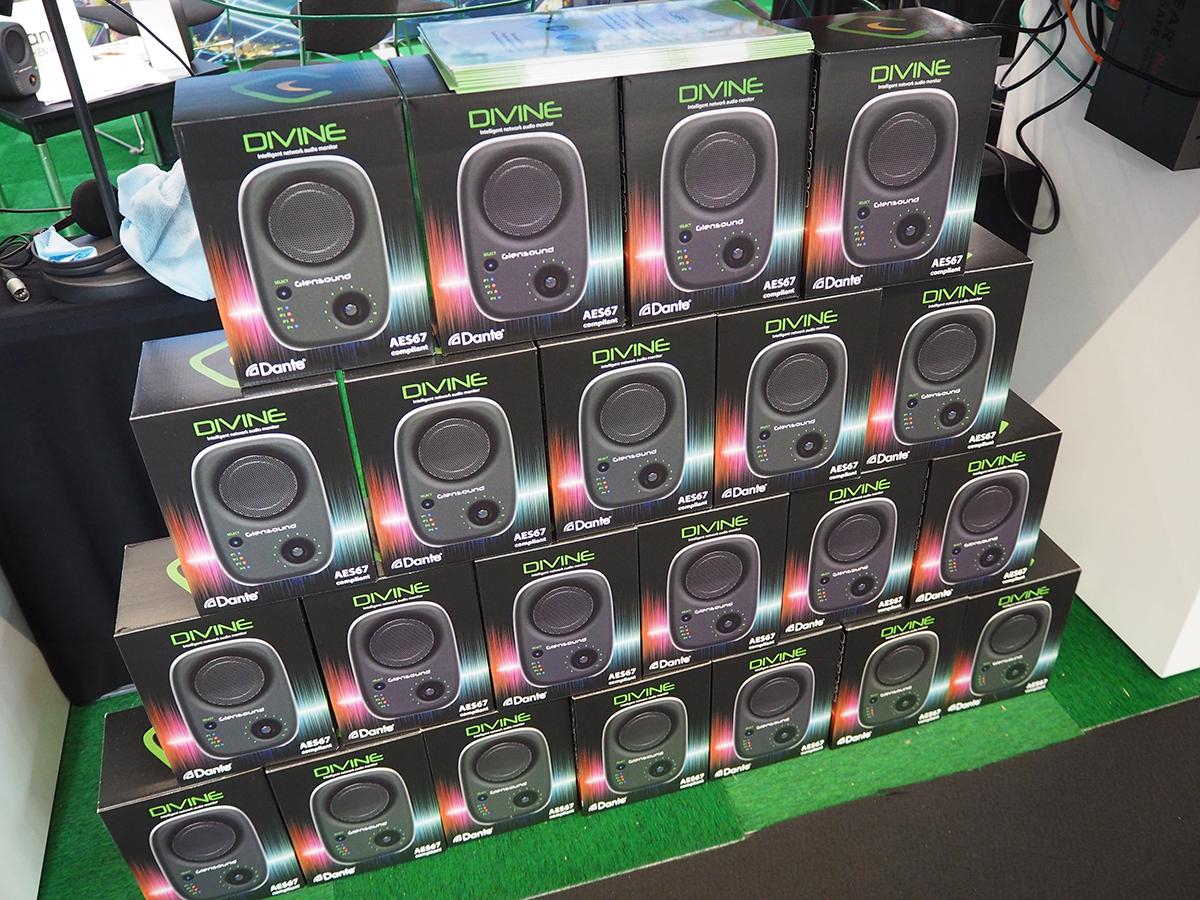 Probably the only thing we would point out about the Divine is the ugly curved design - looking a bit like the crossbreed between a Fostex 6301 and an Asian copy of a Genelec 8020 monitor. Nevertheless, like the famous Finish monitors, the Divine features a solid metal housing and the whole build looks much more solid than anything the ugly packaging would lead you to think. I guess in this case function beats form, because the moment we see the front input selector and a volume control (that goes all the way to 11!), together with a 4 segment PPM meter, the last thing we would think of judging is the design or the sound quality. This is truly a workhorse.

Glensound rates the single driver at 10W, which when paired with a digital class D amplifier can be pretty loud for a small box. As the green and orange logo company explains, “The available power from PoE has been maximized, and along with the choice of an efficient driver and some clever DSP work, has resulted in a very punchy sound for this type of confidence monitor.” 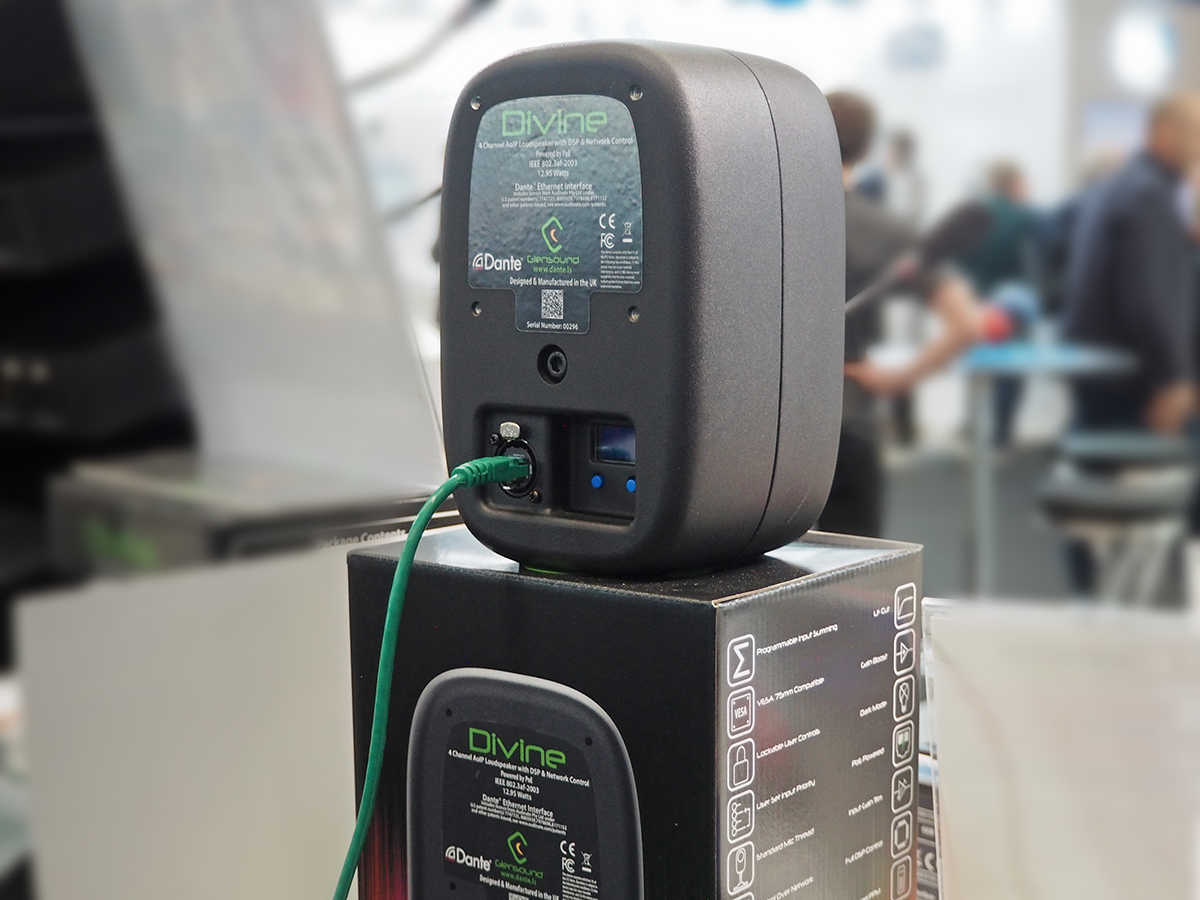 “The key feature of the Divine is that any input can be set to be an interrupt of another, with various dim levels. For example, if the Divine is used in a dressing room in a theatre, input 1 could be the show feed, with input 2 set as the interrupt for the Stage Manager. Any call from the Stage Manager would therefore interrupt the show feed in the dressing room. This interrupt feature will work with any Dante network source as it is only detecting incoming audio, and makes it a very useful function. The interrupt can also be set to bypass the volume control so users will still get their announcements even if they have turned the Divine volume down,” Glensound’s managing director Gavin Davis explains.

The Divine monitor speaker is available now and each unit features standard mic threads on the base for mounting on mic stands, and a 75mm VESA mount on the back for use with available monitor displays brackets. It even ships with a two meter Ethernet cable in the box, for just £275 (that’s British Pounds, the currency used in the territory) or $399.00 in the US, through US dealer, Dale Pro Audio.
www.glensound.co.uk
related items