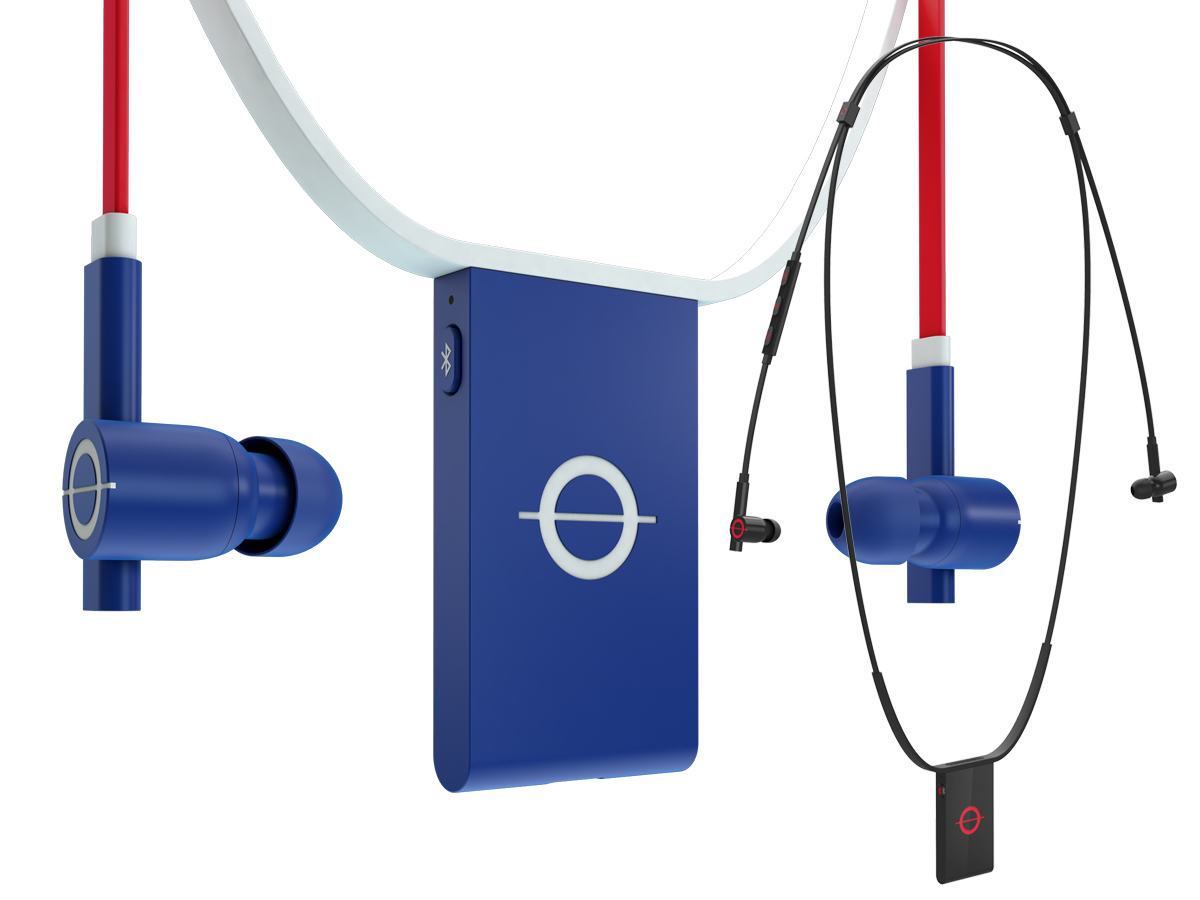 ROAM’s Ropes Bluetooth earphones have a clever design for something that was supposed to have been launched 5 or more years ago. You would be easily fooled to think the generous pendant in the “around the neck” design was just another iteration of the iPod Nano or some new generation digital audio player connected to around the neck wired earphones. Yet, this is simply a Bluetooth wireless earphones product, with a companion amplifier and audio personalization app, being introduced in 2016 and promoted as “an all-American audio revolution”, combining “the best-sounding and most customizable earphones on the market today”.

We haven’t heard the Ropes USA, so it’s possible that they are indeed superior sounding Bluetooth earphones, but none of the arguments used by ROAM on its promotional campaign are original, including the EQ capabilities allowed by the ROAM EQ app. It all sounds slightly outdated and feels like some project that has been kept in a drawer for the last five years at least. Maybe more… 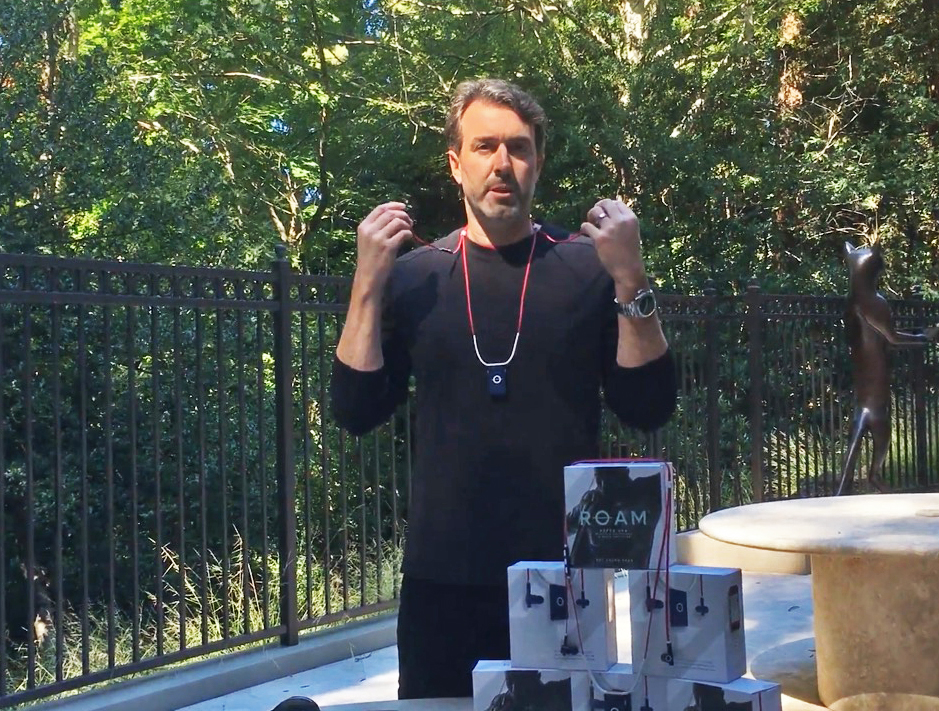 In 2004, hedge fund manager and entrepreneur, Steven Lamar was at the helm of SLS International (SLS Audio, also known at the time as SLS Loudspeakers, now owned by Dolby Labs) when the company designed and launched the “Q Line” of home-theater products, designed in cooperation with Quincy Jones and combining SLS’ renowned ribbon driver technology. At the time, SLS announced the future Q Line products would also include headphones. In 2005/6, the company worked with Jimmy Iovine and Dr. Dre on a new headphone design, hiring Mike Klasco from Menlo Scientific as an engineering consultant and Robert Brunner, a former Apple designer, as the industrial designer.

Unfortunately, Lamar had already invested heavily in SLS and was not able to raise more capital to fund ongoing projects, and the Beats by Dr. Dre project was passed on to Monster Cable, which released it in 2009, modifying the original acoustical tuning and increasing the amount of bass on the final product. The story would continue from there, originated multiple legal disputes and Beats was eventually sold to Apple for 3 billion dollars in 2014.

Fast forward to 2016, Lamar is still trying to get into the headphone business and ROAM is its newest venture. The Rope Bluetooth headphones were announced originally in September 2014 and only launched April 2016. A Kickstarter campaign was launched July 19 for the Rope USA, a special red, white and blue limited edition to celebrate the 2016 Olympic games. Describing the project, Steven Lamar stated, “…today's headphones are only allowing the listener to hear music one way. We value the art of music and the unique talent it takes to create it, so we’ve developed a premium, mobile audio platform and accompanying device to reproduce sound that is true to the artist’s intention." 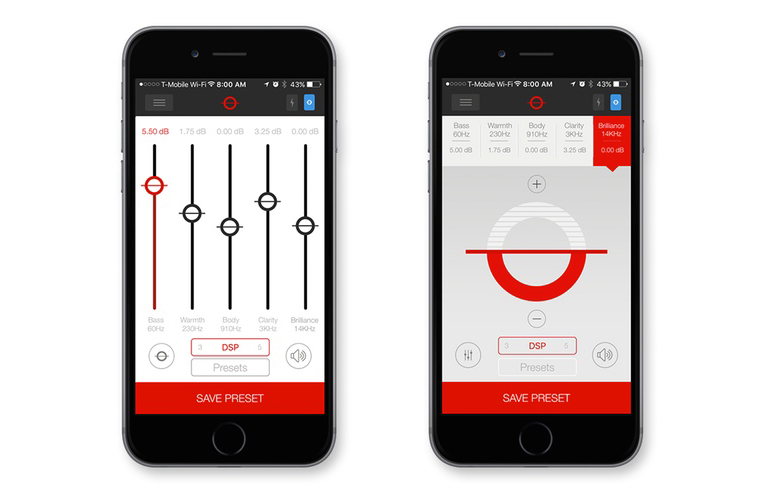 ROAM Ropes are Bluetooth-enabled earphones, featuring an audio equalizer that can be personalized using the ROAM mobile app, allowing users to customize their own sound in five frequency bands, based on the type of music they listen to, or using a library of Sound Signatures from “established artists”, available online. The earphones are clearly the nicest part of the whole design. Inside they combine two Knowles balanced armature drivers for mids and highs, starting at 4kHz, with a 10mm dynamic driver for the frequencies below 4kHz. The earpieces can be combined with four different sizes of tips for better seal and the SureFit ear clip, also supplied in four sizes for better ergonomics.

Designed by San Francisco-based Astro Studios to be worn around the neck, ROAM Ropes earphones feature a large pendant (which ROAM calls the EQ Engine) to host the lithium polymer battery and all the electronics, including a powerful 28-bit, 50-MIPS processor, 24-bit stereo DAC, audio preamp, and Bluetooth 4.1 circuitry. The necklace pendant allows charging and firmware updates from a Micro USB connector at the bottom.

Considering the significant size of the Rope’s pendant, the evolution in battery solutions and low-power chips, it might come as a surprise that ROAM specifies its Bluetooth earphones for only 6 hours of continuous use (up to 8 hours of intermittent use), which is almost half of what most current Bluetooth necklace designs allow and only one hour more than current true wireless earbuds. Since there is no analog jack built-in, ROAM also ships an additional micro USB to analog cable adapter (in addition to the micro USB to USB charging cable) to allow using the earphones in passive mode (without the pendant), when the battery runs out - a strange design option.

You would think the decision to not have an analog jack would make the Ropes waterproof, but ROAM clearly says the product is “not waterproof, but they are sweat resistant.” And even though they have launched the Rope USA model in “celebration” of the 2016 Olympics and they feature athletes in their promotional material, the company also adds that the Rope earphones are “not designed for working out, more for all day, every day, casual use when wanting to listen to your music or talking on the phone.” 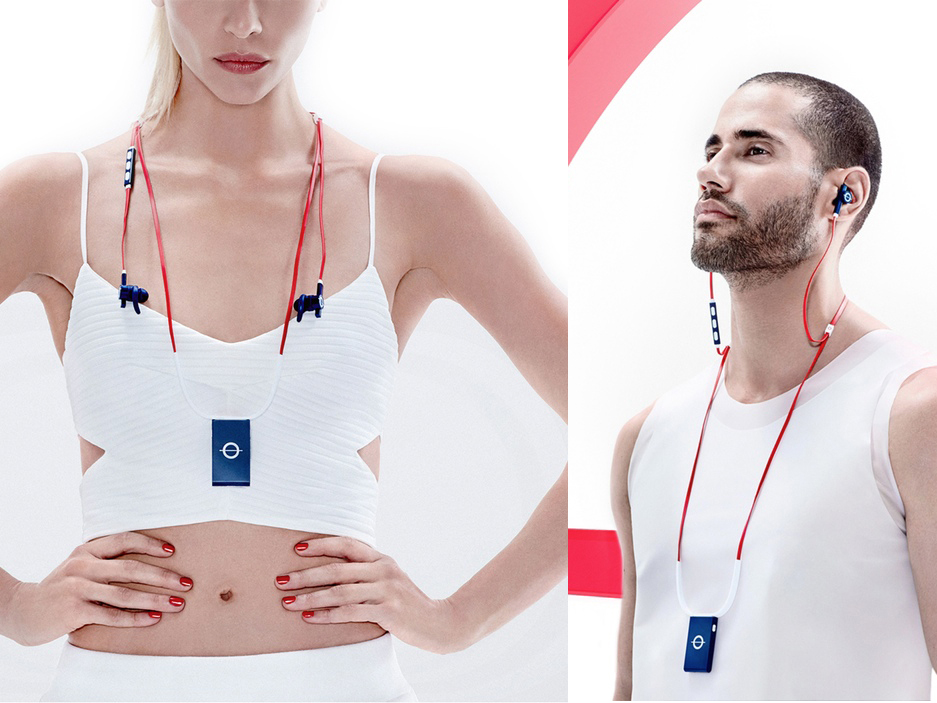 For the record, the Kickstarter campaign was successfully funded with the help of four $10,000 “New Years Eve VIP Packages” to see Maroon 5 in Las Vegas, and only 370 backers directly pledging support for one or more of the earphone packages. 4 backers also pledged $4,399 each for the Ropes Party box of 10 earphone units, adding $17,596 to the campaign. That’s more than half of the campaign funding resulting from special package deals.
www.kickstarter.com/projects/910314748/ropes-usa-earphones-an-all-american-audio-revoluti/description
roamwith.com
related items