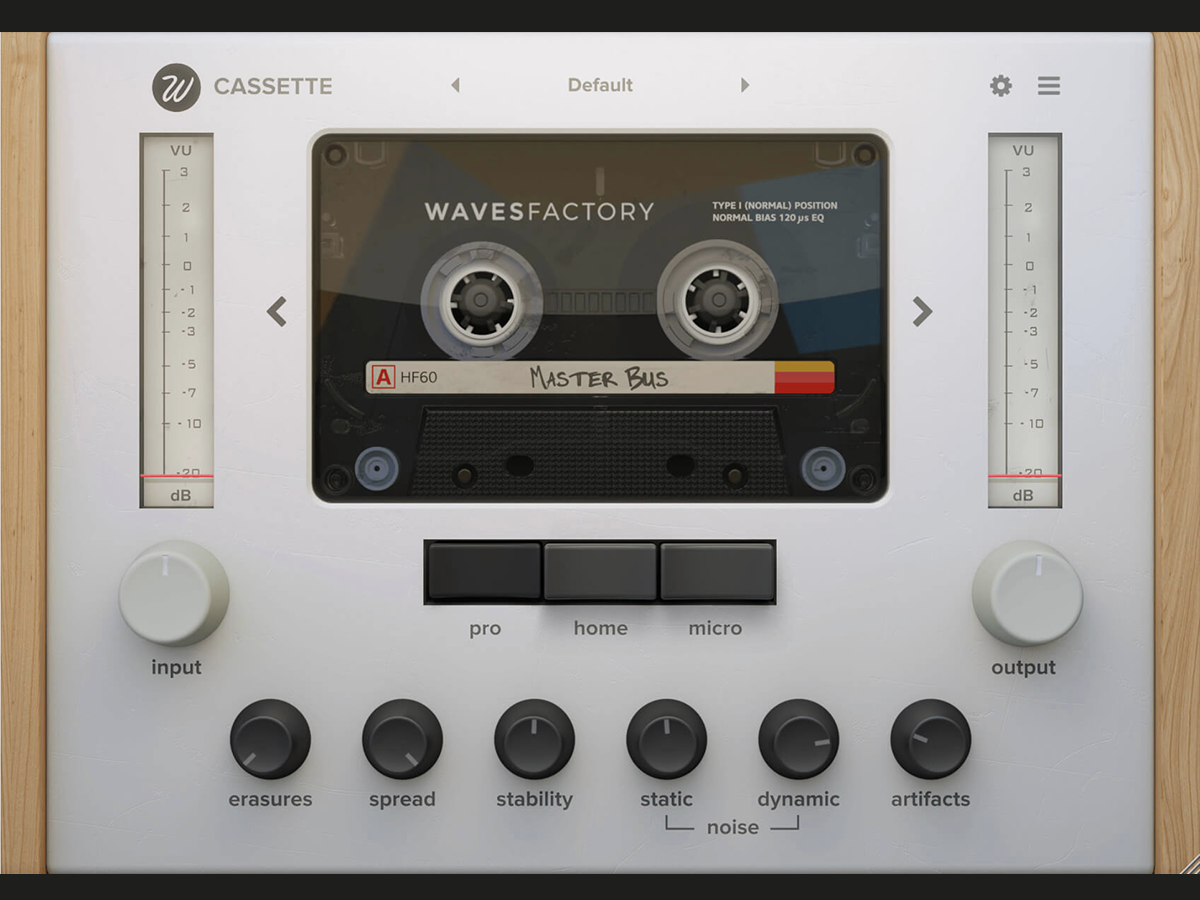 Wavesfactory was born in March, 2010 in Artà (Mallorca) with the goal to "deliver high-quality audio tools for musicians and engineers. A mindset on improving on every product release in terms of audio quality, ease of use and powerful but simple features. Our principle is never release something you’re not 100% happy with." And this new plug-in clearly underscores that statement.

With Cassette, the Spanish company fully revives the wonderful effect of playing music on the cassette deck of a car radio after your mix tapes (re-recorded many, many times over...) have lived in the glove compartment of the car for months, submitted to average temperatures of 120ºF (50ºC). Oh, the memories...

According to Wavesfactory the new plug-in accurately recreates the different frequency response, frequency dependent saturation, high-frequency compression, hiss, asperity noise and much more. Reproduction systems will also induce their fingerprint, with wow, flutter, random high-frequency loss, crosstalk between channels, stereo unbalances and other. "All of these little quirks and random fluctuations have been modeled meticulously. Cassette imprints instant nostalgia, movement and analog feel all around in its path," the company says.

Speaking about the inspiration behind the instrument, Wavesfactory founder Jesus Ginard stated: “This is my tribute to the sound that shaped my childhood. I grew up listening to them at home, on the car or on a walkman. They are not perfect, in fact, they are far from perfect. That’s what I love about them. Cassette has been designed to be fun, pleasant to the ear and true to the medium.”

So, now we have it. A way to bring back the glory of the worse "analog warmth" to any pristine digital recording. Cassette features emulations of the four cassettes types available. Each one delivering different sonic characteristics:
I: was the standard and most compatible tape format. Featured a ferric-oxide coating (Fe2O3). First appeared in the 1960s.
II: with a chromium dioxide (CrO2) formulation was introduced at the dawn of the 1970s featuring an undeniable increase in high frequency response.
III: living a short period between the mid 70s and early 80s, the ferro-chrome (FeCr) never made it into the golden era.
IV: metal-formulated hit the scene at the end of the 70s. Features firmer bass as well as louder high frequencies. 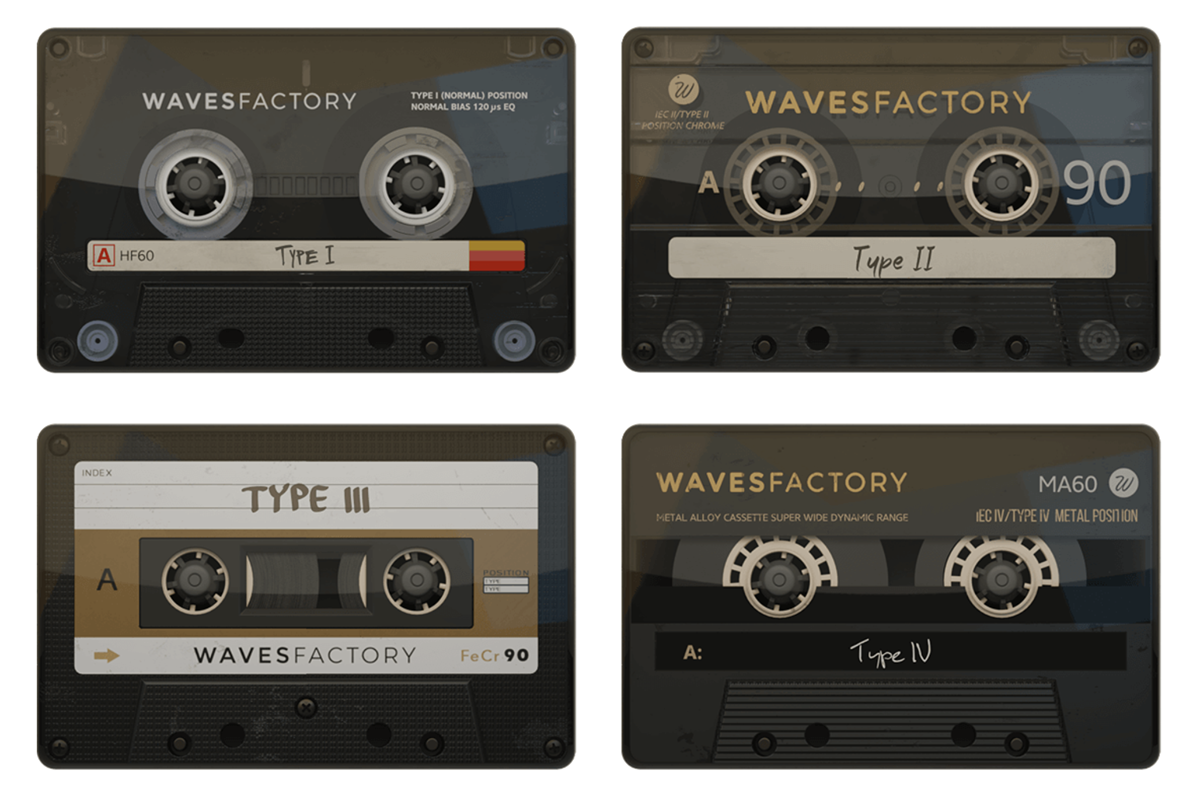 Changing tapes will have an effect in the frequency response of the plug-in but also in the saturation, compression, static noise (hiss) and dynamic noise (asperity noise).

Cassette offers under the hood control of many aspects of tape emulation, including how much of the tape effect is applied including frequency response, saturation and more. For the unpredictability factor, users have a parameter ironically called "Stability", which defines the level of “randomness” in order "to make things unpredictable and analog." 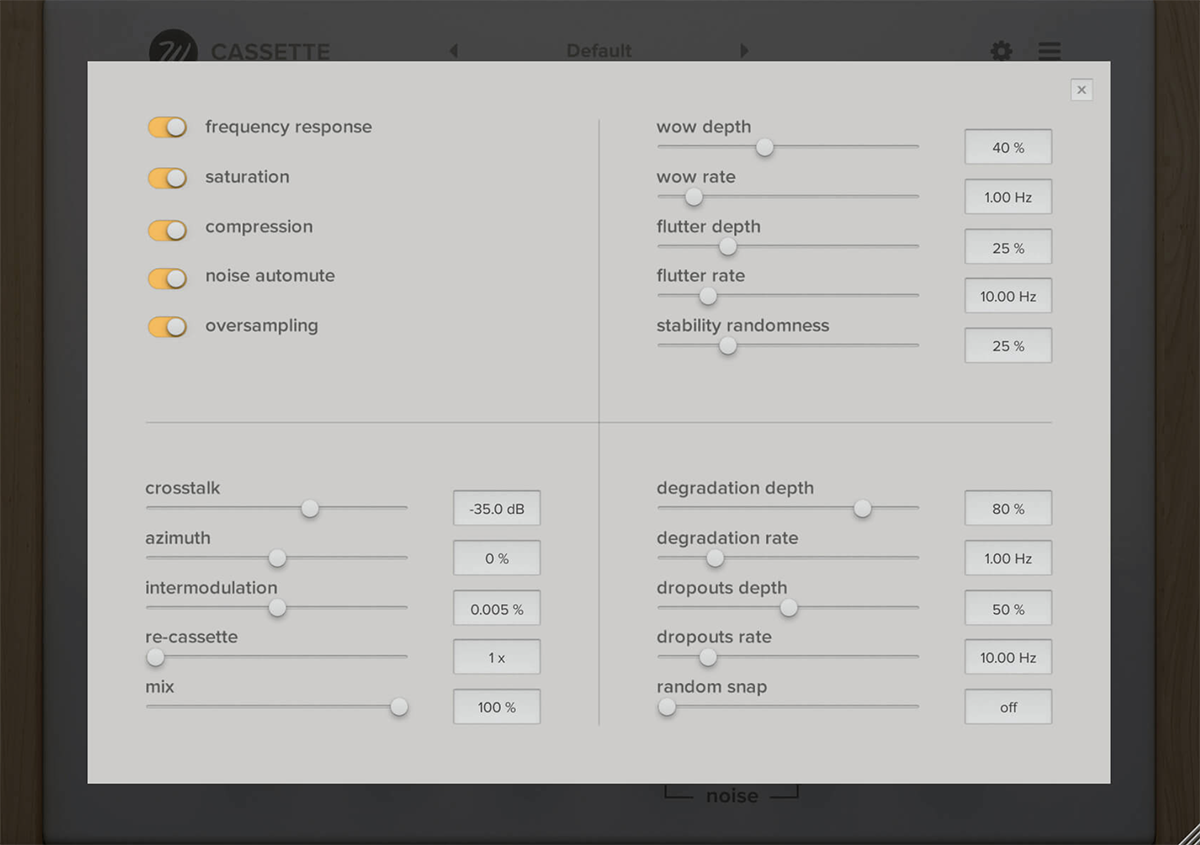 An Extra function, offers more of what makes a cassette sound like a cassette, including the innovative “Re-Cassette” parameter. And finally Artifacts, which allow users to control all the wonders of the worse cassette effects, including a “Random Snap” for simulating the tape being caught momentarily causing pitch instability.

And just because the plug-in is emulating the lowest quality analog, it doesn't mean it should induce any undesired digital artifacts. As Wavesfactory explains, Cassette uses oversampling in order to get rid of aliasing, and the plugin always works at 192KHz sampling rate internally. This way, you can degrade your sound with total confidence that everything you induce is a faithful reproduction of pure analog misery.

The plug-in is available for macOS (64-bit only) and Windows (64-bit only) for VST, VST3, AU, or Pro Tools DAWs. There is a very interesting video demonstrating the full width of the sound manipulation made possible by Cassette. See it here Highly recommended.
www.wavesfactory.com/cassette
related items